This simple recipe for Honey Maple Glazed Ham is perfect for the holidays. It is easy to make and feeds a crowd. Get the step by step recipe here. 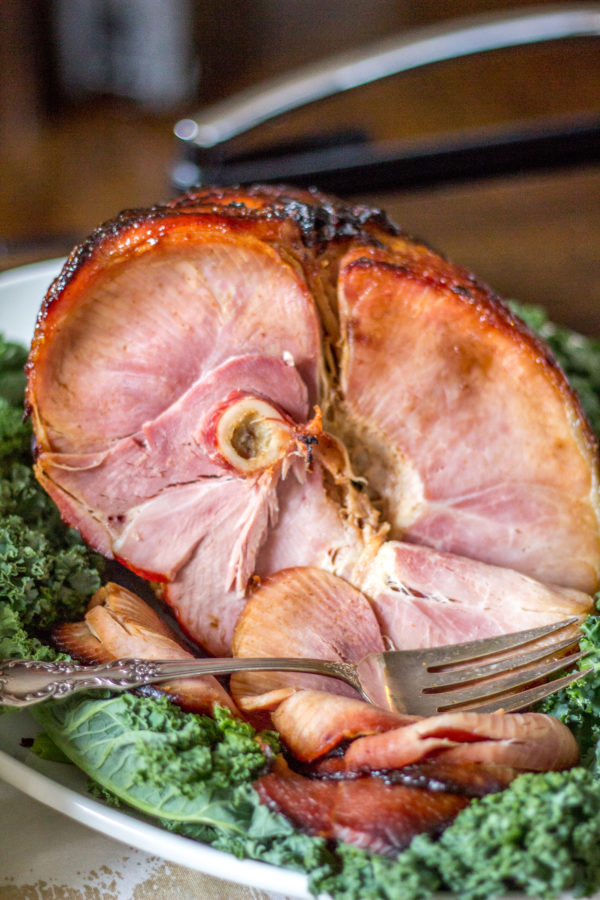 What do you serve on Christmas? My parents have always hosted a Christmas Eve party and a big glazed ham is always the centerpiece of the buffet. The ham is served alongside mashed potatoes, macaroni and cheese, homemade dill cottage cheese rolls, and sautéed spinach. Today I am sharing a twist on the roasted ham that my parents serve. This Honey Maple Glazed Ham is topped with a delicious homemade glaze that is made by mixing up seven ingredients you probably have in your pantry. 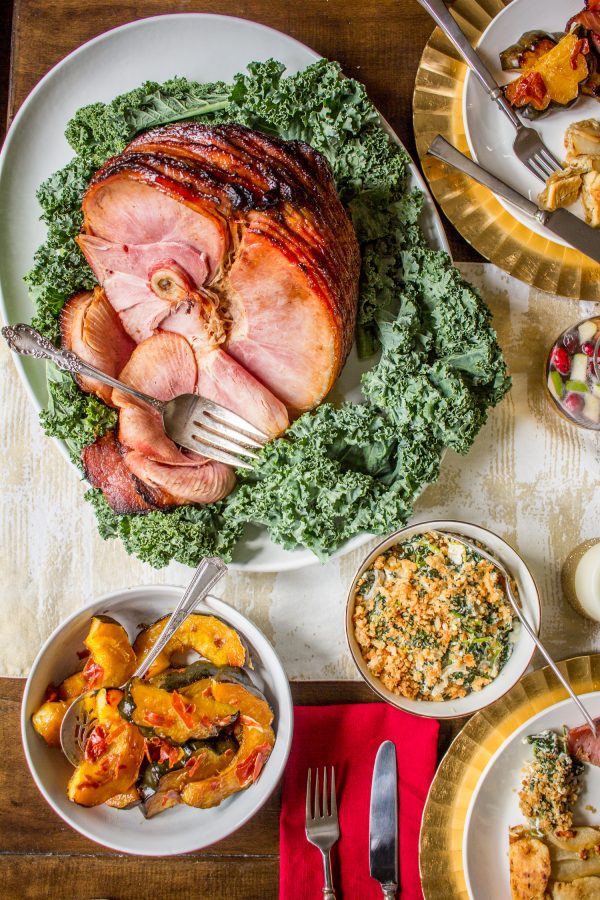 If you have never roasted a ham before, don’t worry, it couldn’t be easier! I know that big 8-10 pound ham might seem like an intimidating thing to make, but most hams are already cooked so you just need to add a glaze and put it in the oven. I created a simple glaze by mixing up melted butter, maple syrup, brown sugar, honey, and a dash of sriracha. I added just enough sriracha to tone down the sweetness of the maple syrup, brown sugar, and honey.

You can buy spiral cut hams, that are already neatly cut into slices that you just need to pull off the bone, or you can buy ham that is not precut. I cannot exaggerate Charles’s excitement over the fact that pre-sliced ham exists. Seriously. It must be similar to how someone reacted to when the wheel was invented. Charles thinks it is the best thing ever, and repeatedly goes to the fridge to pull off slices to eat throughout the day. 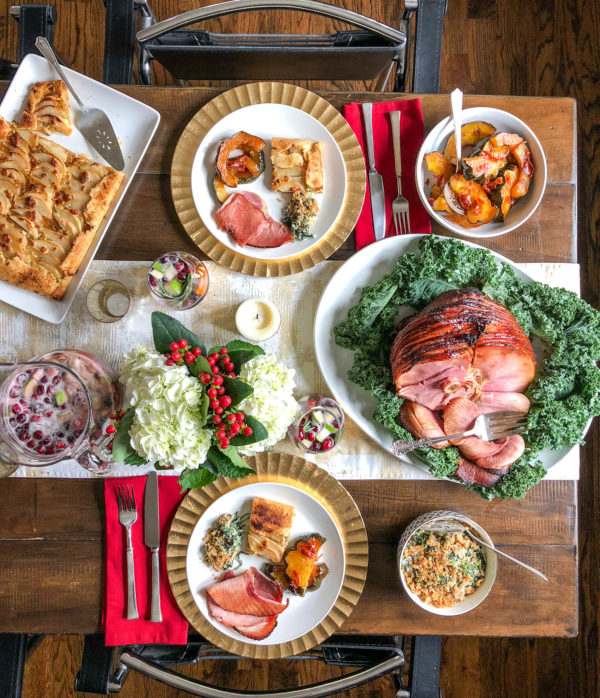 My parents prefer to buy ham that is not pre-sliced since they think that sliced ham can dry out. On the other hand, I love the ease of serving pre-sliced ham, and the fact that you can brush glaze between all of the slices. (If you have any strong opinions here, or tips and tricks I would love to hear them in the comments). 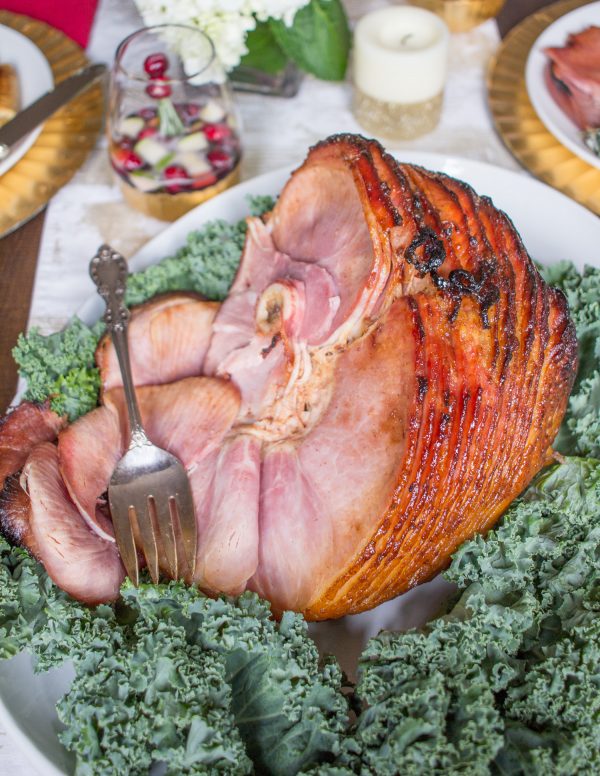 It might look like the edges of the ham are a little overcooked, but those crunchy morsels are the most delicious. This is where the glaze has caramelized.

I love the idea of serving ham for a holiday meal or party because it is a low stress way of preparing a lot of food. There are so many wonderful recipes to prepare with the leftovers too! Slices of leftover ham are delicious paired with whole grain mustard and swiss cheese on a homemade roll. I have found that the best way to reheat the ham is to mix up a bit more of the glaze, brush it over the slices of ham you want to reheat, and to heat them in the oven at 350 degrees for about 15 minutes. The glaze adds extra flavor and moisture to the ham that might have dried out a little while it has been in the fridge. 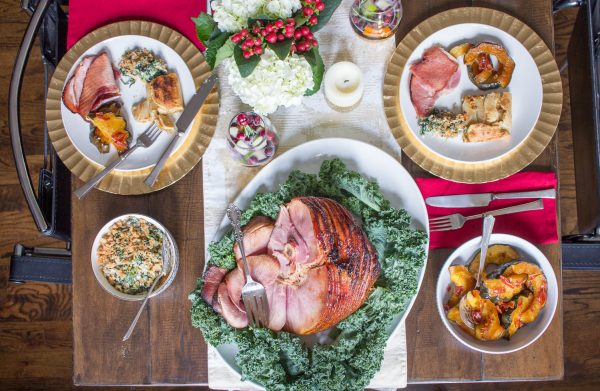 Want to save this Honey Maple Glazed Ham recipe for later? Here is an image for you to pin: