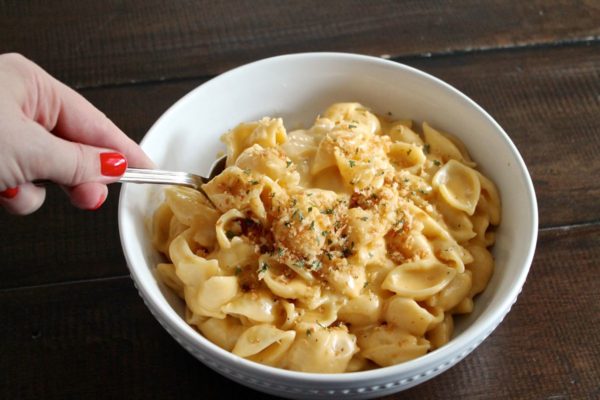 If I was stranded on a desert island and could only eat one food for the rest of my life, I would want macaroni and cheese. It’s the ultimate food: cheese + carbs. I am suspicious of anyone who claims not to like mac and cheese, because how could you not like it? I make mac and cheese more often than I should probably admit, but I hadn’t posted a recipe in such a long time, I thought it was time to share my recipe for creamy cheddar mac and cheese. 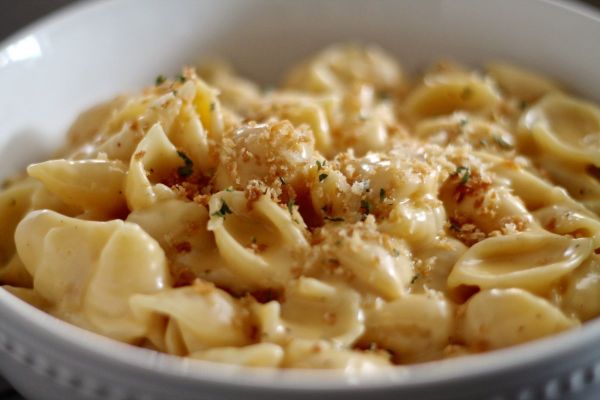 This is a classic mac and cheese with a slight twist since it is a stove top recipe that is topped with toasted panko crumbs to mimic the taste and crunch of oven baked mac and cheese, while saving on time. The result is a meal that can be prepared in under 30 minutes!

I have some pretty specific thoughts on how to make macaroni and cheese. First, I think that shells are the superior shape since they hold the sauce so well. I also believe that you really need to select a high quality cheese. I like to use a sharp cheddar that has been aged for 2 years. 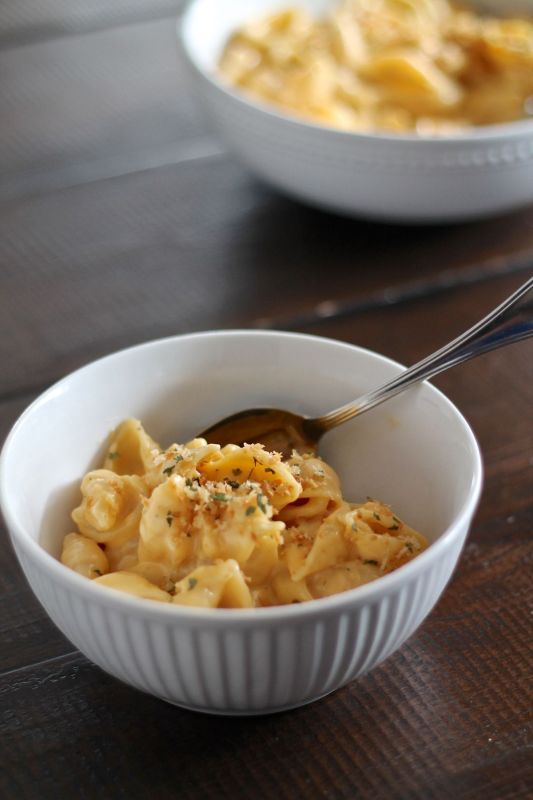 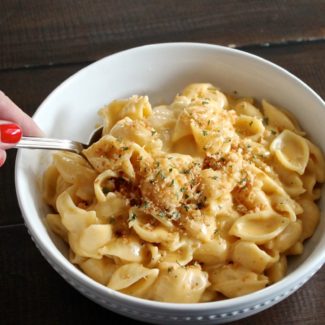 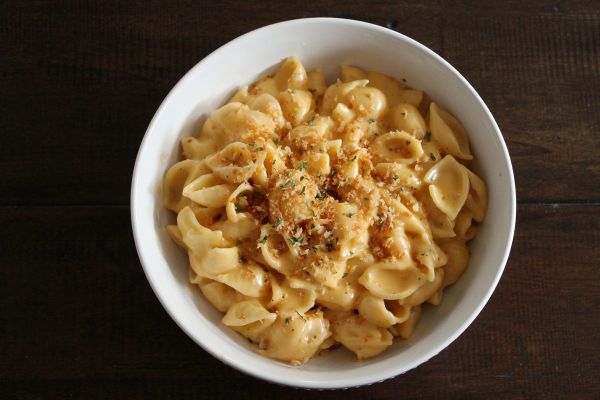 *I added some parsley to the toasted panko for the photos