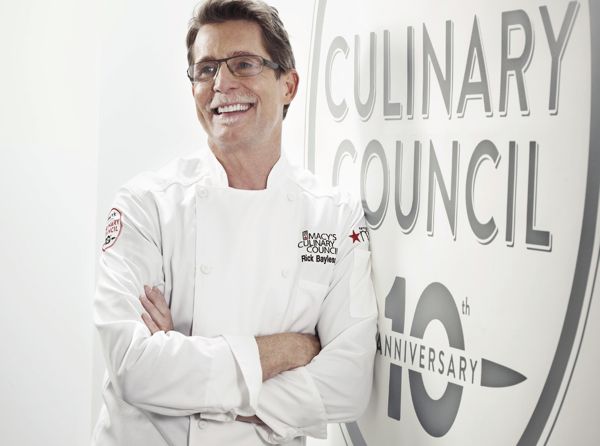 Do you have a favorite chef? I am a huge fan of Chef Rick Bayless who owns several Chicago restaurants, and his Frontera line of sauces, salsas, and chips is the best. Chef Bayless is personable, humble, and a culinary genius. I try to take advantage of any opportunity to see him work his magic in the kitchen, and he is going to be cooking up his favorite holiday recipes at Chicago’s flagship Macy’s on October 20th at noon. Attendees will get to sample each of the recipes. If you work in the Loop this would be an epic lunch break.

Chef Bayless is a Chicago legend, and his restaurants serve the most memorable modern Mexican cuisine. He has a small empire of restaurants with different price points ensuring that there is something for everyone. You can grab a meal at Xoco (in River North and Wicker Park), Tortas Frontera (at O’Hare and the Chase Building), or Frontera Fresco (at Macy’s 111 N. State, at Macy’s in Old Orchard, and at Northwestern) for under $13. You can have casual sit down meal at Frontera Grill for around $50 a person, or for fine dining you can visit Topolobampo. 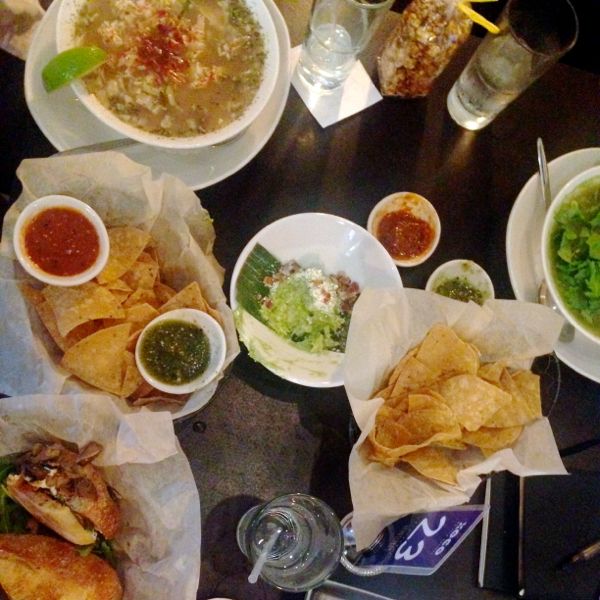 A feast from Xoco

Even though he is mega-famous in the culinary world, Chef Bayless is relatable. At his demo at Chicago Gourmet he described how intensely frightening competing on Top Chef Masters was. He went on to win the title on Top Chef Masters, beating out Hubert Keller, but he explained that cooking with ingredients he was unfamiliar with was a challenge. Chef Bayless’s Frontera Grill won the James Beard Award for Outstanding Restaurant in 2007, and over the years he has also scooped up James Beard Awards for Midwest Chef of the Year, National Chef of the Year, and Humanitarian of the Year. Chef Bayless is also on

Another reason I have so much respect for him? I have seen him at Frontera each time I have dined there. He isn’t some phantom who is never around. He is there even at the end of the night with a smile on his face.

I recently had the pleasure of watching Chef Bayless cook during a demonstration at Chicago Gourmet. He shared lots of tips and tricks, and I genuinely learned quite a bit in just 30 minutes. I am excited to learn what his favorite holiday dishes are, and am sure that I will learn some new tricks.

Full details on the event are below, be sure to RSVP. Hope to see you there!

Celebrate the holidays with Chef Rick Bayless! Macy’s Culinary Council Chef Rick Bayless will share his favorite award-winning holiday entertaining recipes, and you will get to sample each of those recipes. Seating is limited. Please RSVP to: 1.800.329.8667

I am a member of the Everywhere Society and Everywhere has provided me with compensation for this post. However, all thoughts and opinions expressed are my own.