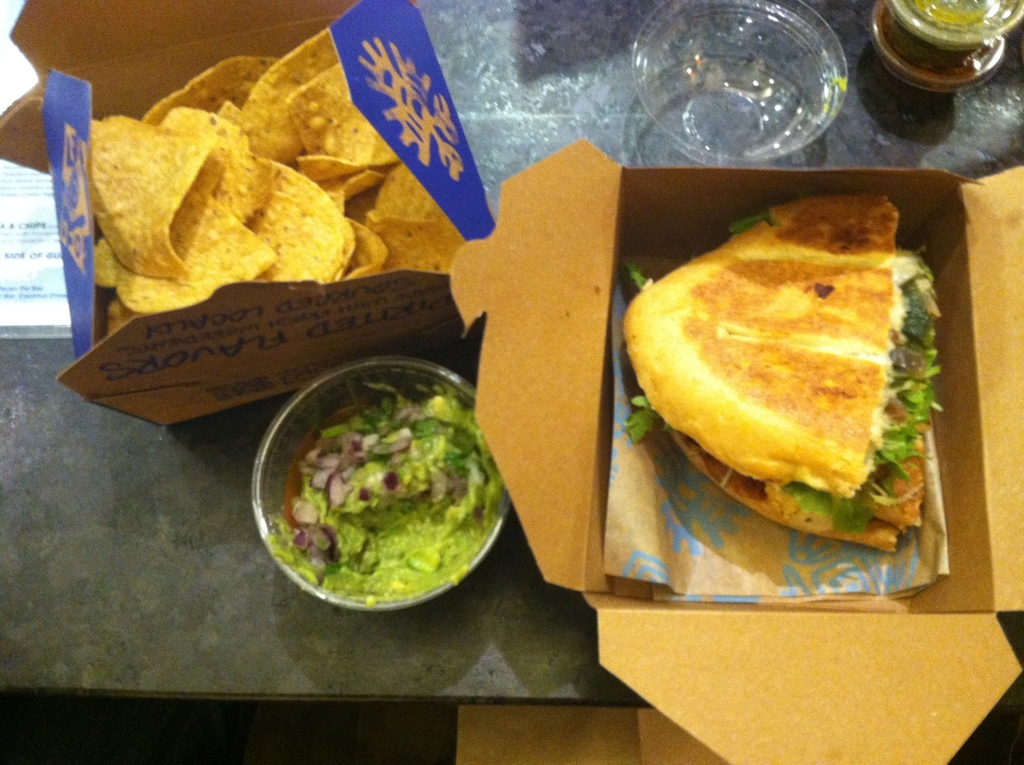 Chicago’s O’Hare airport is becoming a culinary destination. I go out of my way to eat at Tortas Frontera, a Rick Bayless owned Mexican street food joint, at the airport. This airport dining is fair superior to that of other “celebrity chefs”. I am sorry Wolfgang Puck, but your airport outposts are nothing compared to Bayless’s.

Rick Bayless is a chef famous for his three Chicago restaurants, Xoco (street food), Frontera Grill (mid priced casual), and Topolobampo (upscale), his cooking show, and his line of Frontera products. Recently Chicago’s O’Hare airport has been trying to up their culinary game, and by bringing in restaurants owned by some of the city’s top chefs. So far they have two Tortas Frontera locations, and there are rumors that O’Hare is courting other Chicago chefs (Stephanie Izard?!) trying to get them on board. I love love love this trend. Travel is complicated enough without having to worry about where to get a good meal.

When Charles and I arrived at O’Hare at 7pm a couple of days after Thanksgiving I realized that I could both get out of cooking dinner, and eat delicious Mexican food by stopping off a Tortas Frontera on our way home. If you are flying in or out of Terminals 1 (Gate B11) or 3 (Gate K4) you need to stop and try a torta!

I ordered the guacamole, which might have been the best guacamole I have ever had. It was citrusy and had just the right amount of onion. The chips were fresh and salty. I devoured it. Then I had the Chipotle Chicken torta. A torta is like a Mexican panini. This one had poblano peppers, cheese, arugula, avocado and black beans. The bread was fresh and crunchy. It was so good I am regretting flying Southwest out of Midway on my flight! 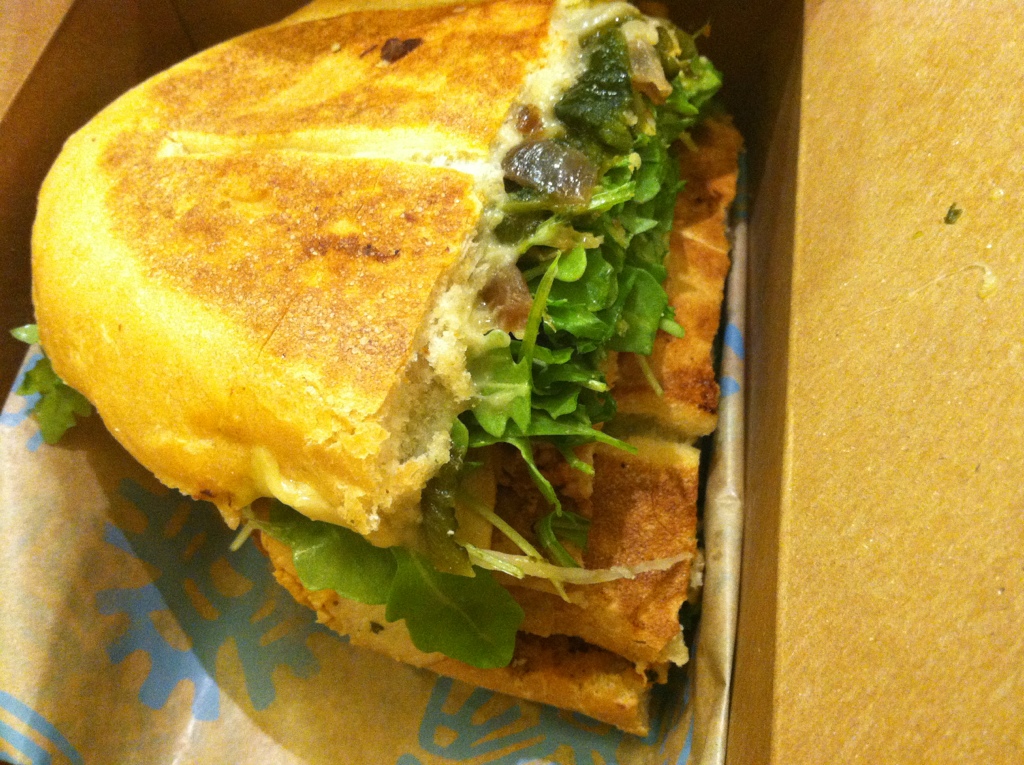