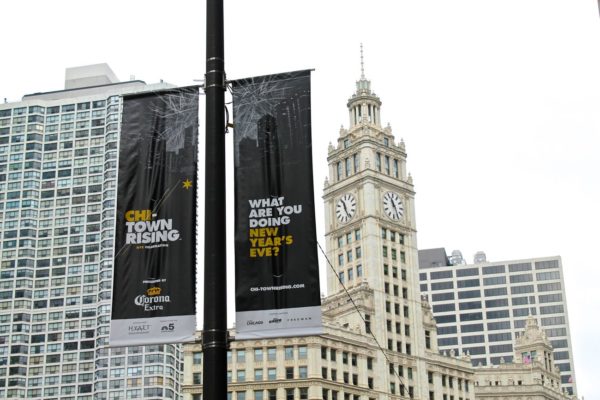 Chicago is finally getting its own big New Year’s Eve celebration! Chi-Town Rising is kicking off at at several locations on the evening of Thursday, December 31st. It promises to be a night filled with music, fun, and fireworks, in the heart of Chicago’s Magnificent Mile. 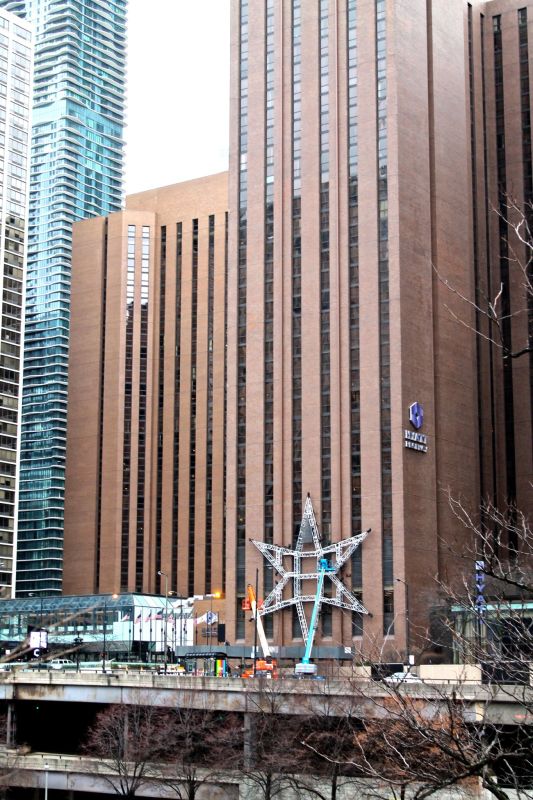 Instead of a ball drop at midnight, Chicago’s Rising Star will ascend. A giant 70 foot Rising Star has been constructed and it will rise 360 feet up the side of the Hyatt Regency Chicago and trigger a major fireworks display. The six pointed Rising Star was created to honor Chicago’s history as it rises to symbolize how Chicago rose from its ashes after the Great Fire of 1871 to become the fastest growing city in the world at the end of the 19th century. The fire is marked by the second star on Chicago’s flag, and like the stars on the Chicago flag, the Rising Star also has six points; it is a unique symbol of Chicago. The design of the star, and the fact it rises instead of falls, honors our past while giving Chicagoans hope for the new year.

The organizers of Chi-Town Rising have cleverly created several event areas catering to different people. The Broadcast Boulevard tickets will put you in the center of the action. Live music will begin on the Chi-Town Rising Countdown Stage at 7pm, with both American Authors and rock legends Chicago performing. This area will be featured in the live television broadcast from 11pm-12:30am, and it is a prime spot to view the rising star. This celebration takes place outside, were bars and concession stands will be set up. 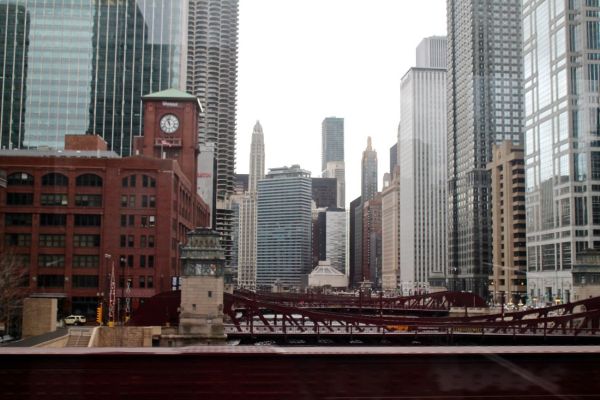 If you are 21 or older and want a more high-energy party, you can head to the Corona Extra Beach House, directly across the river from the Rising Star with views of the Countdown Stage. DJs will be spinning all night, a dinner buffet will feature beach inspired food, drinks will be available for purchase from multiple bars, and guests will ring in 2016 with a prosecco toast.

Or for a family friendly atmosphere, head to the Family Countdown Celebration on the Chicago Cultural Mile. This free party in Wrigley Square in Millennium Park explores the theme of New Year’s Eve Around the World. Families can visit activity stations to learn about New Year’s customs in different countries, and have their Family Countdown Passports stamped. A DJ and live entertainment can also be found at the Family Countdown. 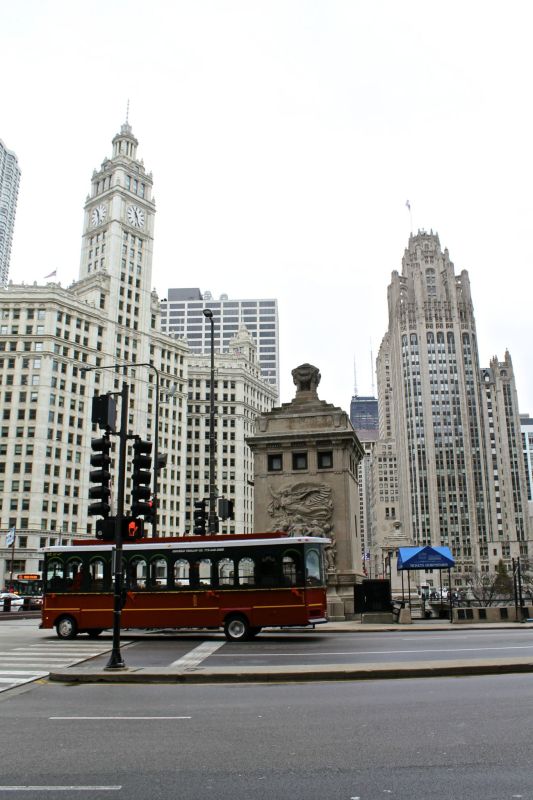 Tickets to each Chi-Town Rising experience are sold separately.

Can’t make it to Chi-Town Rising? It will be broadcast on NBC 5 Chicago and 40 NBC affiliates in the central United States, so you can experience the action from afar – and catch performances from the headlining bands.

This post was in partnership with Hyatt Gold Passport.