It seems unfair that summer is nearly over! Last time I wrote one of these posts I was leaving for France and England! 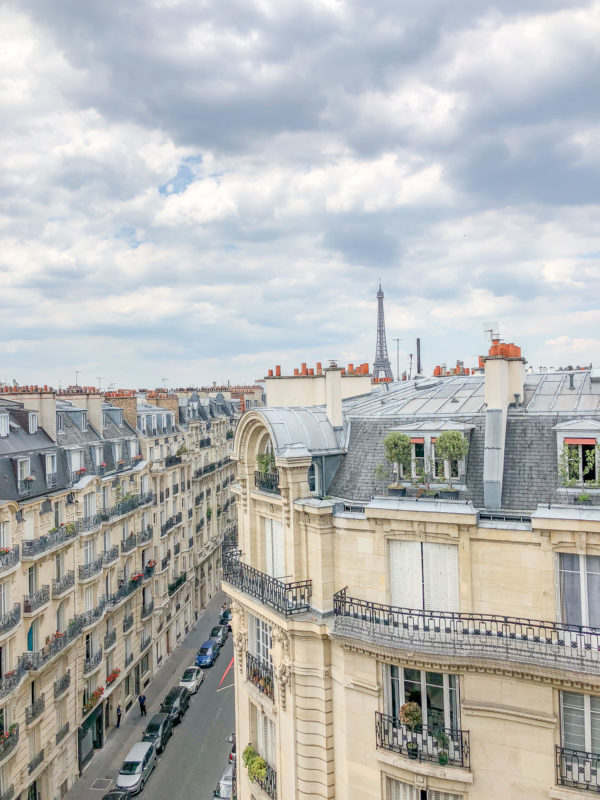 My sister Kelly and I went to Paris and Provence for 10 days. Paris was hot, crowded, and generally difficult, but we had the best time in the South of France. 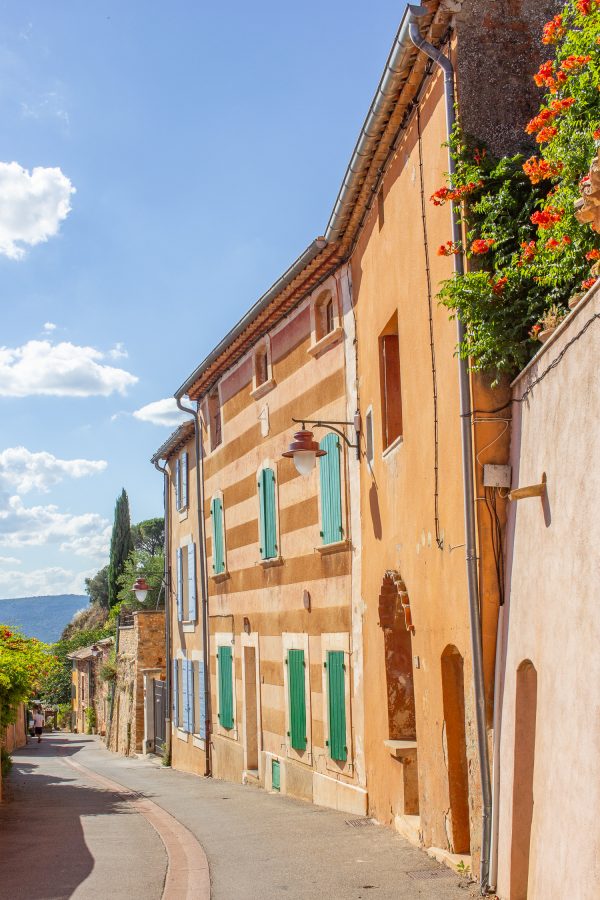 We explored the most beautiful small towns and stayed in some absolutely stunning hotels. 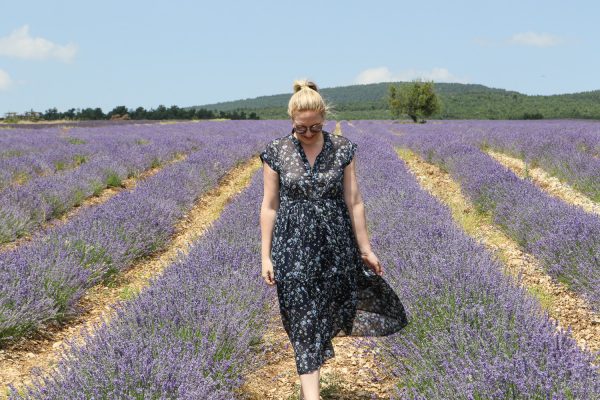 And we were just in time to see the lavender in full bloom. 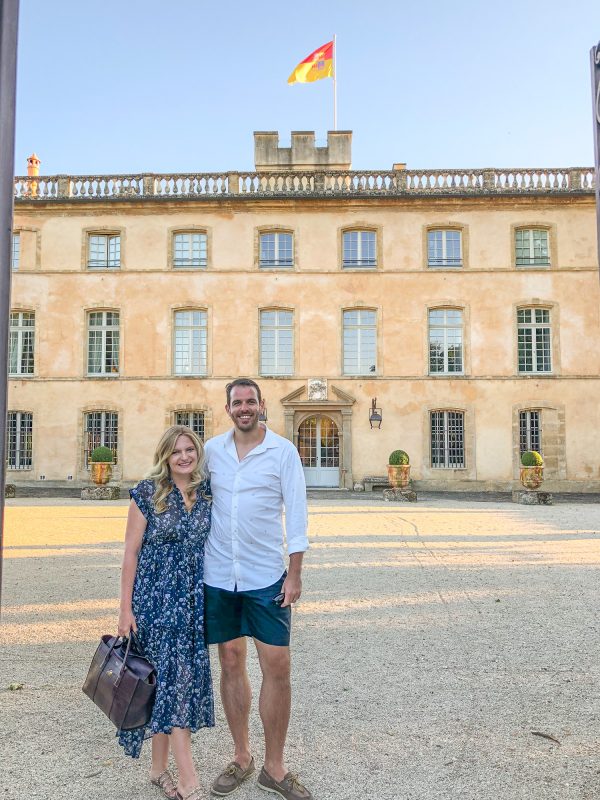 Charles met us at the end of the trip, and after Kelly went home, we celebrated our 6th wedding anniversary with a night in a castle! 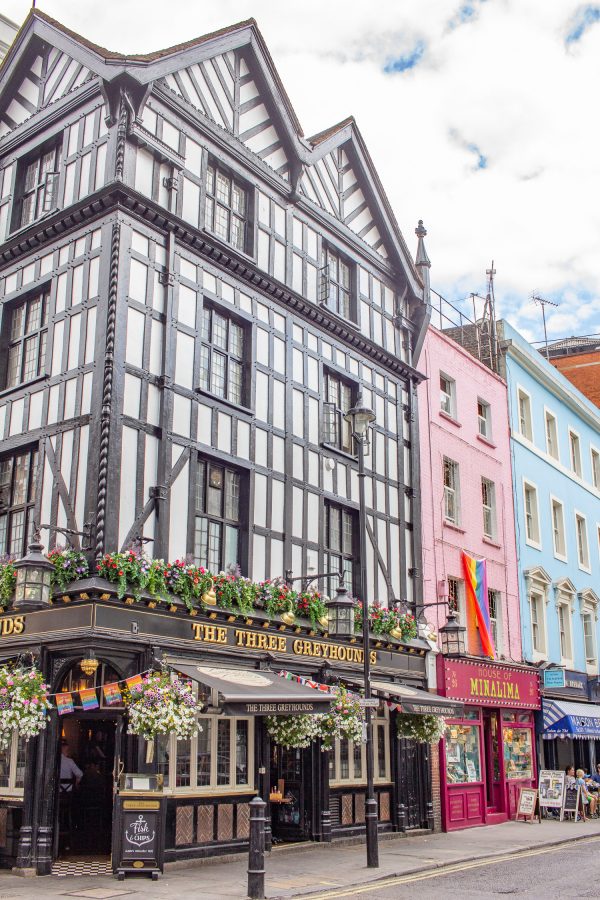 Next Charles and I went to London, which is starting to feel like a home away from home. I explored Notting Hill, Soho, Camden, Chelsea, and Kensington. I took on some obscure tasks like finding the seven noses of Soho. I love finding new things to do each time I am in London. And despite the city’s rainy reputation, it only sprinkled for 20 minutes during the two weeks I was there! 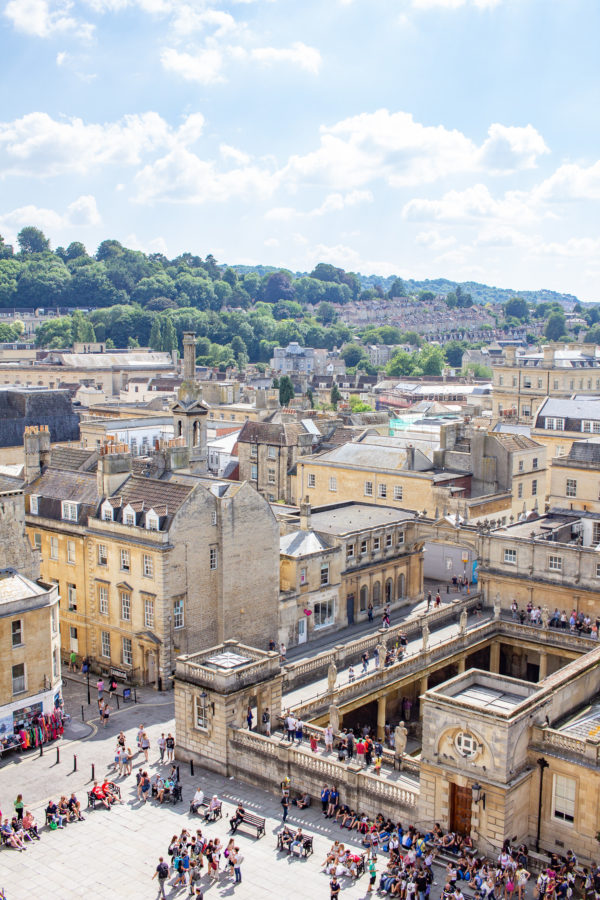 I took some side trips too! Charles and I went to Bath for a night and we absolutely loved it. It is so incredibly beautiful – it is one of the most architecturally stunning places I have been. And the people were so kind. I can’t stay enough good things about Bath! 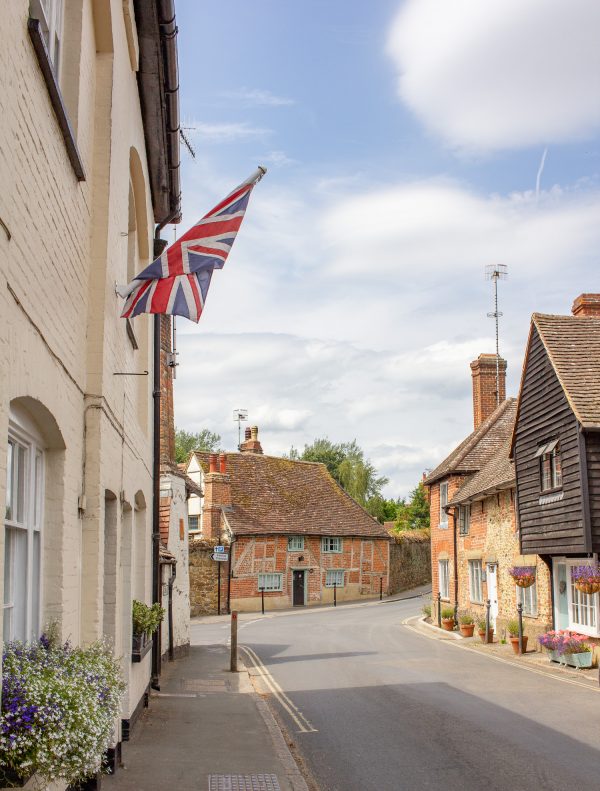 I also went to Share, Godalming, and Guildford, some of the most scenic towns in Surrey. Shere and Godalming have been featured in many films including The Holiday. I have a blog post all about it coming your way. 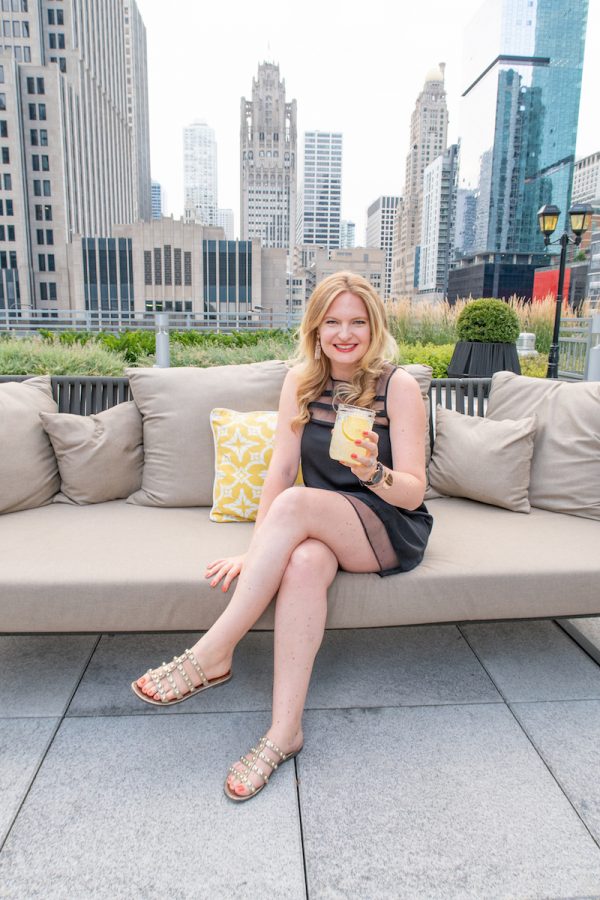 When I returned home to Chicago I got to work on some projects, one of which involved a staycation at the Loews Chicago. The hotel is only a couple years old and it boasts some of the best views of Chicago. I am excited to tell you more about the stay soon. 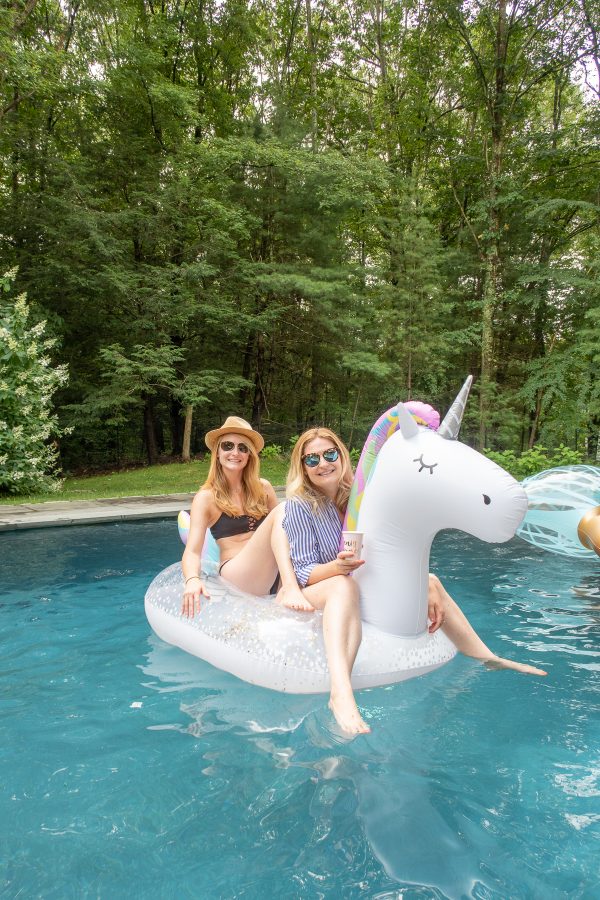 Since I was gone for the first half of the summer, I have been trying to spend August enjoying Chicago. I did sneak away for one weekend to host Kelly’s bachelorette party! We rented a big old farmhouse in Connecticut and drank champagne and floated on pool floats! 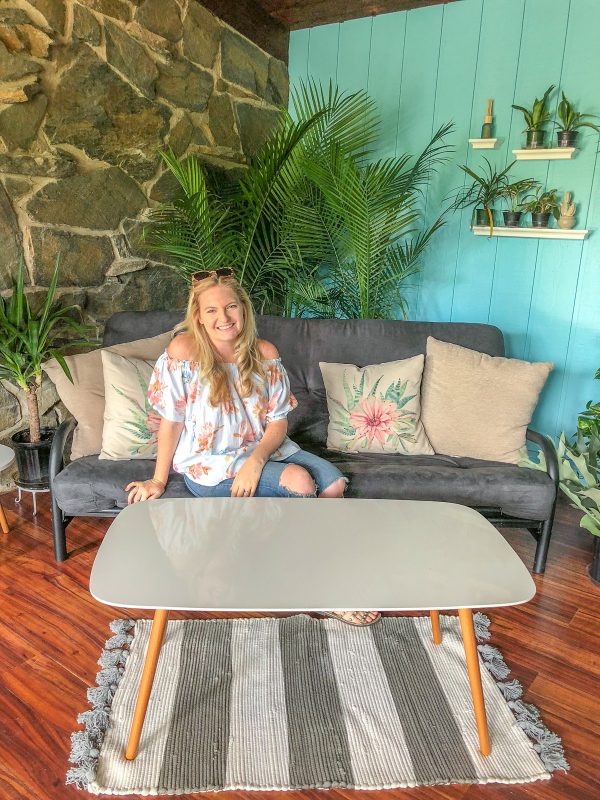 I took a field trip to Ball Horticultural, a local company at develops and distributes plants. Ball Horticultural has sprawling test gardens and I loved getting a tour and learning about gardening trends. One of the trends we discussed was She Sheds – this photo was taken in the Ball She Shed! 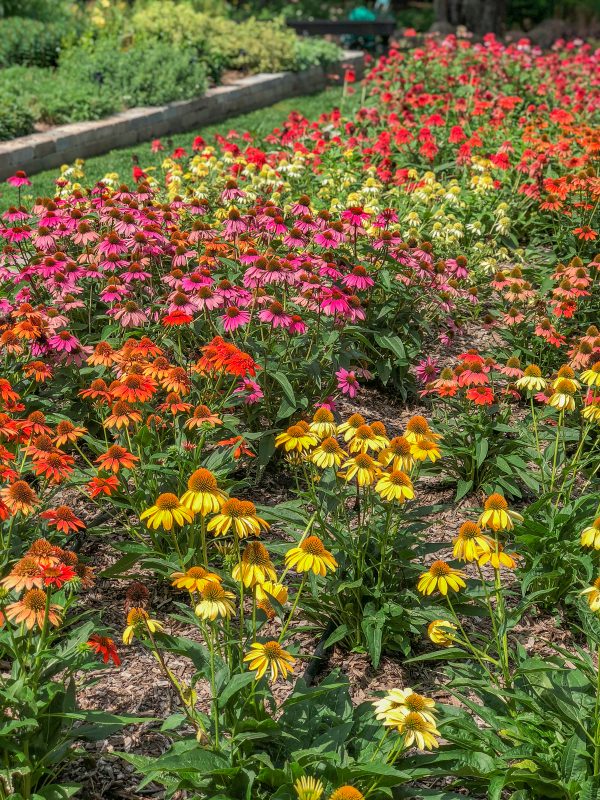 I am sure that you have seen (and probably have purchased) Ball Horticultural products, Wave Petunias are one of their most popular items – but they produce very type of flower and plant you could imagine! 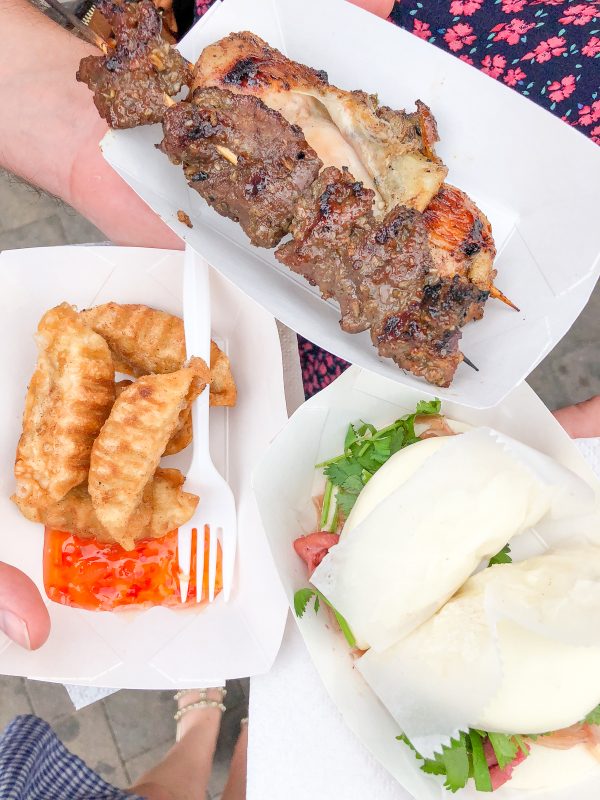 My friend Libb joined Charles and I at the Argyle Night Market. This Uptown Chicago neighorhood has an Asian marketplace and the night market is a great place to try Vietnamese, Thai, and Chinese cuisine. Once it started to rain we went to The Green Mill – and it happened to be swing dance night. We had so much fun watching people of all ages dancing the night away! 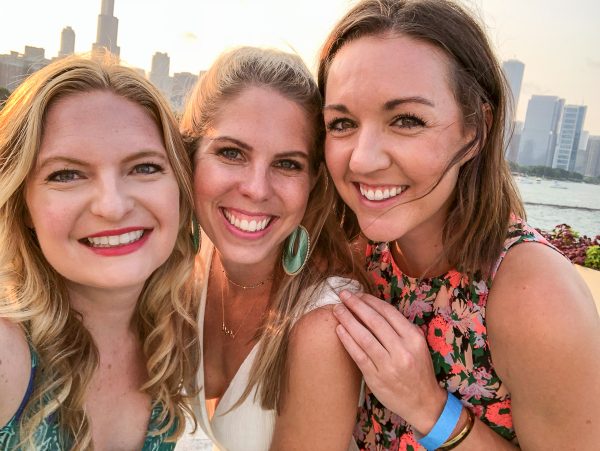 Charles and I joined our friends Sarah and Jess at SheddBLU. The annual fundraiser organized by the Auxiliary Board is one of our favorite events of the summer. 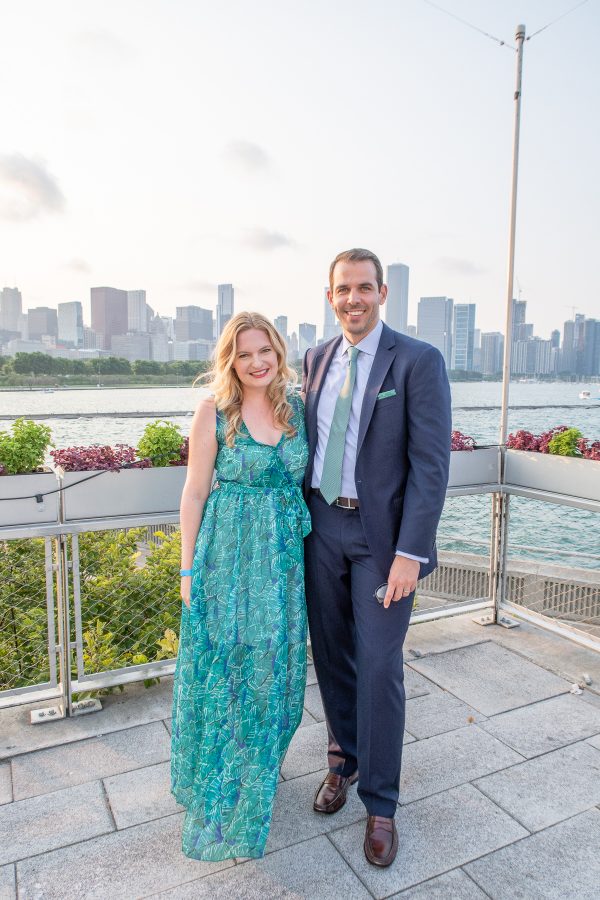 We have been going for the past five years! This year the event raised $300,000 to support Shedd’s many conservation efforts for aquatic habitats around the globe! 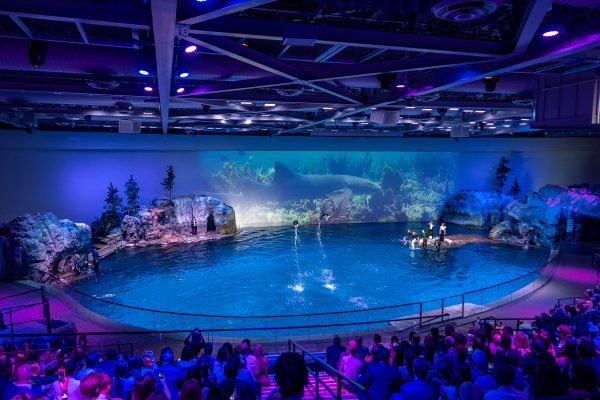 This year the event was better than ever. The aquatic show featured a performance from Hamilton, and we spend the night dancing on the terrace overlooking the skyline. 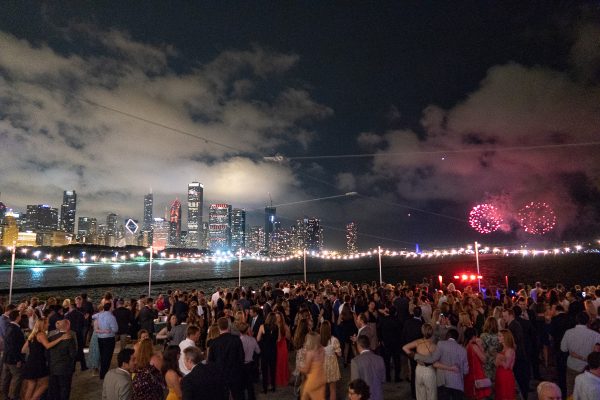 The night ended with fireworks! We had so much fun – as always! 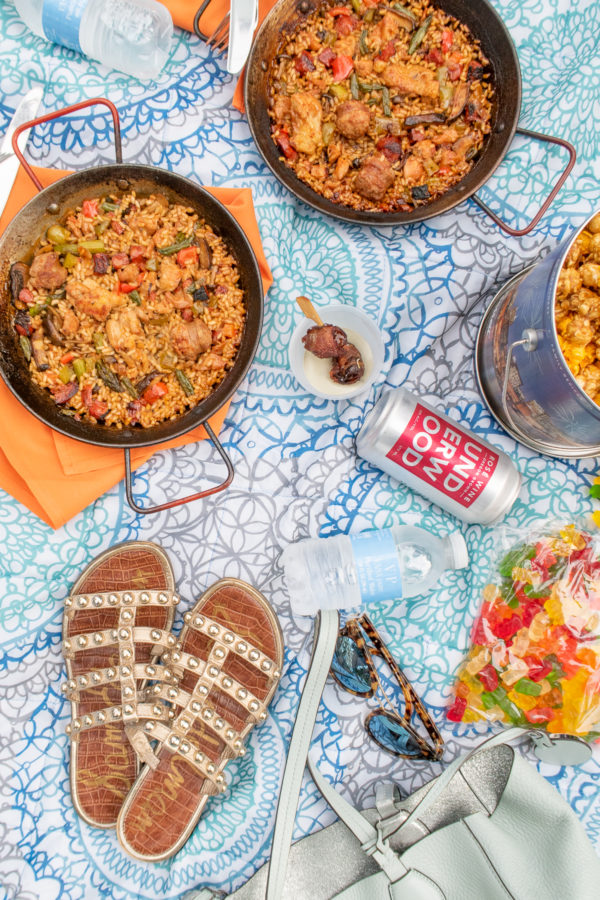 My friend Jenny and I spent a night at The Blackstone, an Autograph Collection property in downtown Chicago. We tried the new to-go Paella from Mercat a la Planxa the Spanish tapas restaurant within the hotel. It was the night of the movie in the park in Millennium Park so we were able to take dinner over to the park! After dinner we had drinks at Mercat before going to Buddy Guy’s Legends – where Buddy Guy himself took the stage! 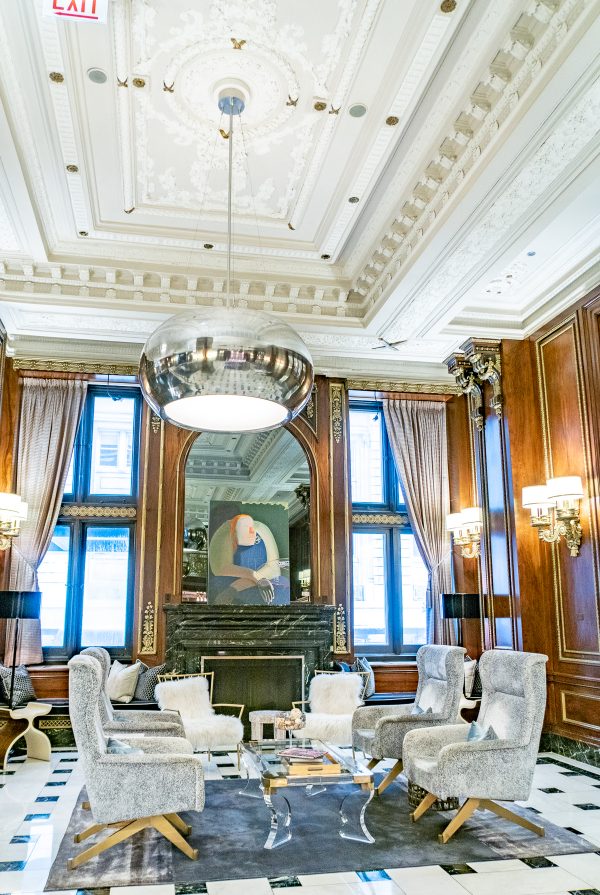 The rooms at The Blackstone are big and the hotel has a huge art collection – they own over 1600 works of art! The hotel was recently renovated and joined the Autograph Collection, but the hotel has a long history and many Presidents have stayed there. 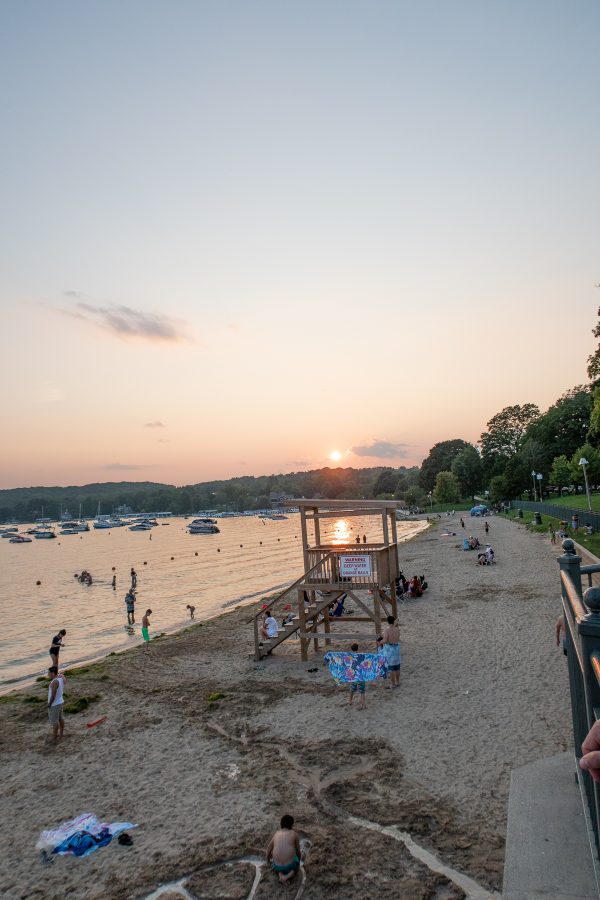 Last weekend Charles and I went to Lake Geneva, and I drove there. I hadn’t driven in 10 years, but a new collaboration with car2go inspired me to hit the road. We stayed at the Grand Geneva and relaxed by the pool, explored downtown Lake Geneva, and stopped at the Mars Cheese Castle. 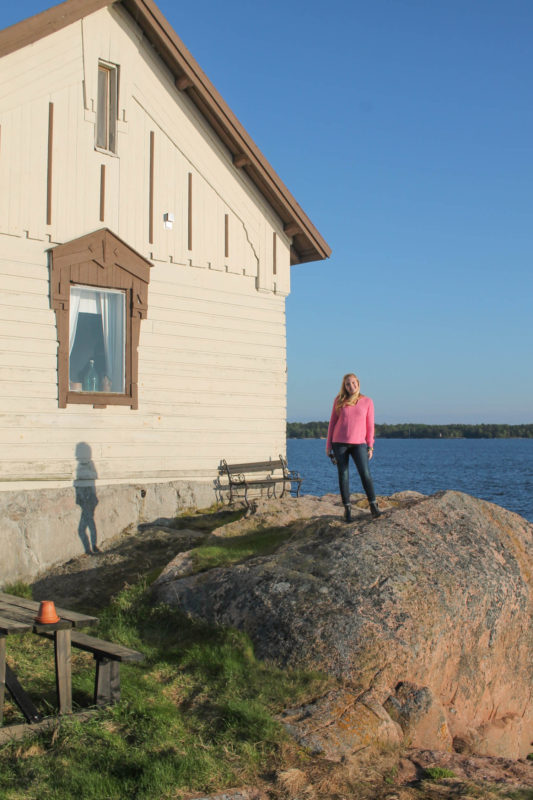 This week I have been working on finishing the We Are Knitters sweater I started a couple months ago. I am heading back to Finland next week and I think I am going to need a sweater at night!