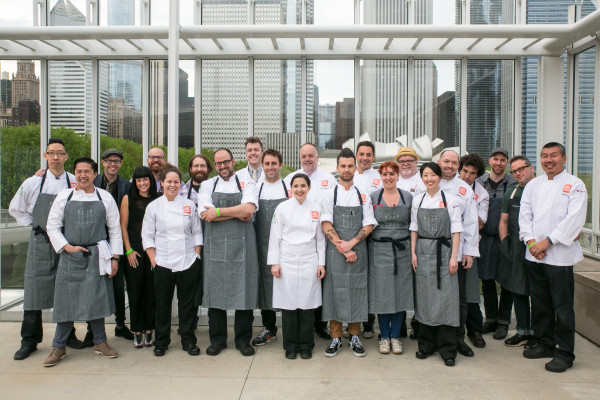 Last Thursday I had the pleasure of attending Chefs’ Playground, benefiting the Academy for Global Citizenship (AGC) as the social media correspondent. The second annual Chefs’ Playground featured 20 of Chicago’s top chefs and mixologists who presented dishes inspired by childhood and school. It was a beautiful event and it was such a treat to get to meet some of my favorite chefs and sample their food, all while supporting a wonderful cause. 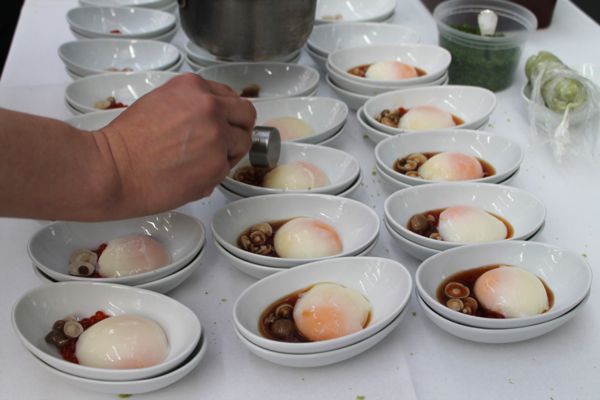 Upon arriving at Terzo Piano at The Art Institute, I was greeted by several students and AGC’s wellness teacher, Arathi Jayaram, who were serving homemade lemonade. The students were enthusiastic and excited, and incredibly polite. Even though it was a chilly evening, the lemonade was a nice treat, and having AGC students at the event helped to remind everyone of the meaning behind the festivities. 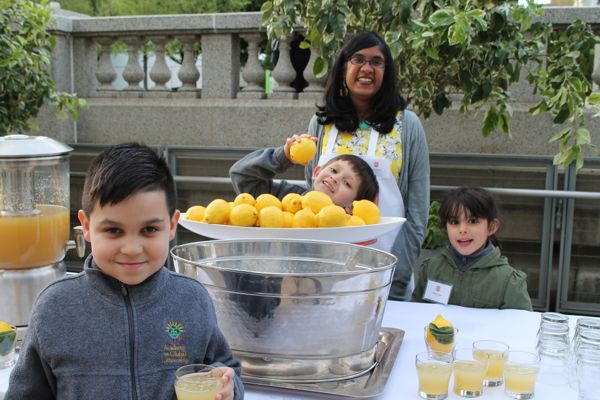 The event kicked off with a VIP cocktail hour with Benjamin Newby and Adam Seger mixing up cocktails on the terrace overlooking Millennium Park. I particularly loved Newby’s take on classic Indian drinks made with an Indian creme liqueur, served in small milk containers. These delightful drinks were a perfect example of how chefs took inspiration from classic childhood foods and re-mixed them into something befitting of a sophisticated cocktail party. 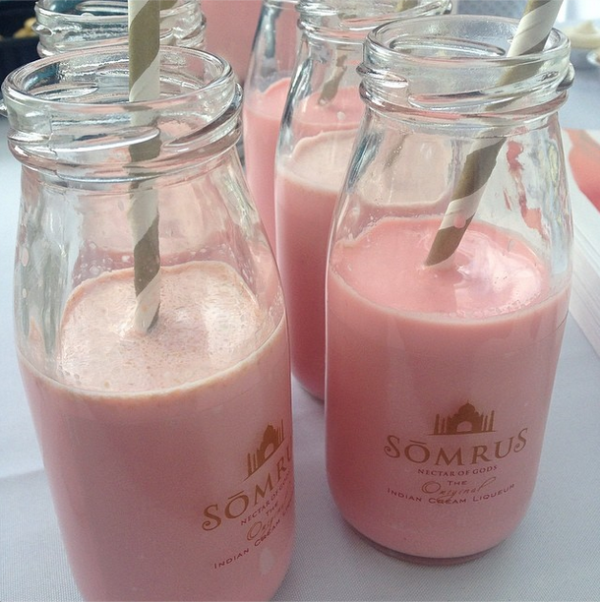 Another highlight of the VIP hour was the crispy brussels sprout bruschetta with a creamy mozzarella prepared by Erling Wu Bower of the new hotspot Nico Osteria. This was a dish that I would love to recreate at home.

When the VIP happy hour came to a close, it was time for the main event to start. Fourteen of Chicago’s best chefs were all serving up small plates inspired by childhood. The experience was almost overwhelming. Surrounded by so many options, my friend Megan and I didn’t know where to begin. 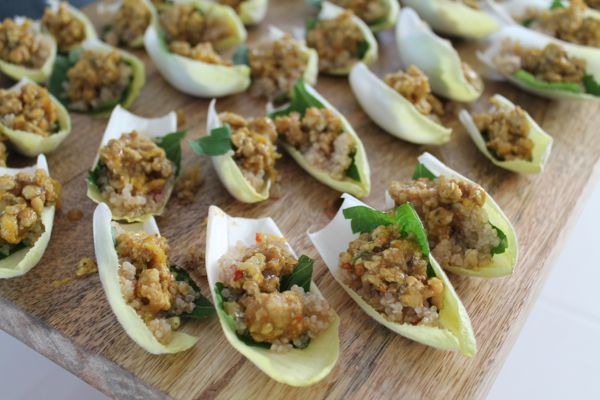 I suggested that we start things off by meeting “The Sandwich King,” Jeff Mauro. You know that I have quite the soft spot for grilled cheese, and Jeff was serving up a short rib and cheddar grilled cheese with homemade barbecue chips. As a grilled cheese expert, I can say that Mauro’s grilled cheese was exceptional, I would have had seconds, but there were over a dozen other dishes to taste. 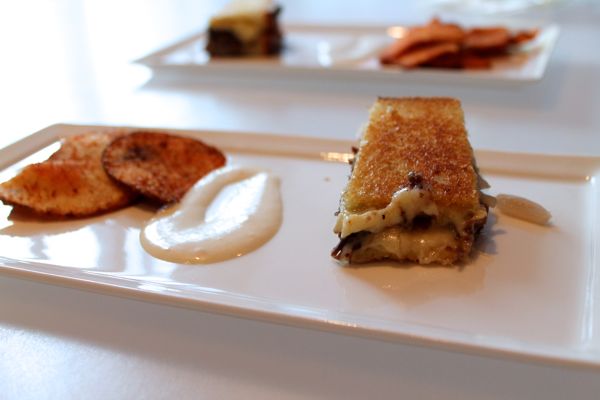 Top Chef winner and Chicago celebrity chef Stephanie Izard, of Girl & The Goat and Little Goat,was serving up goat sloppy joes. I really enjoyed how Izard took a lunchroom classic, and transformed it into something far better than anything served at a cafeteria. 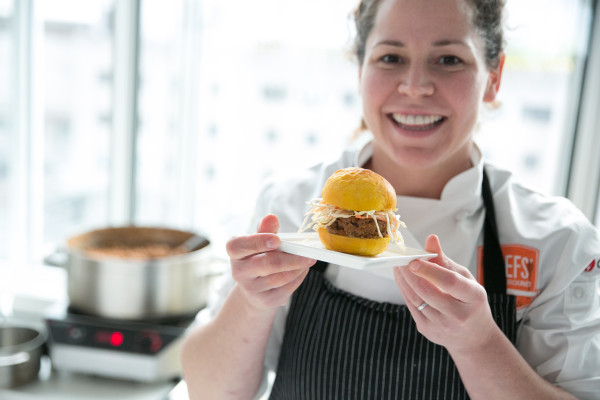 Chris Pandel of Balena and the Bristol prepared a pureed salad with a crispy crouton. This was fun because it was so different. It tasted somewhat like a green smoothie, but with more complexity and flavor since it incorporated more than just greens. I loved the creamy texture of the puree paired against the crispy crouton. 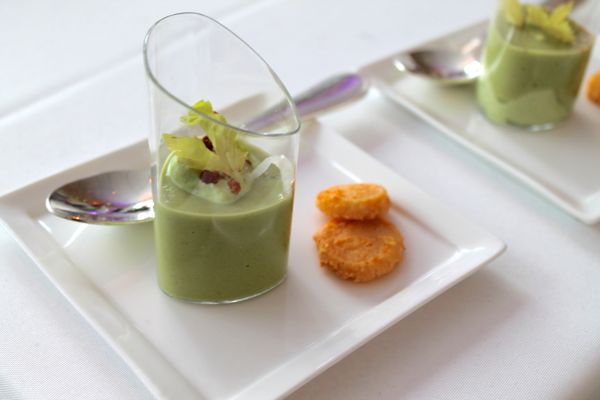 Another highlight was getting to meet Genie Kwon of BOKA and GT Fish & Oyster in person after interviewing her over the phone. Her “Sno Balls” were quickly gobbled up. I must say that her version of the Hostess classic were far more beautiful, and delicious, than their inspiration. 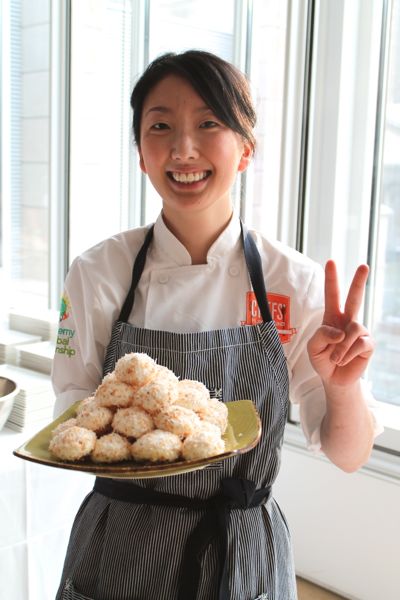 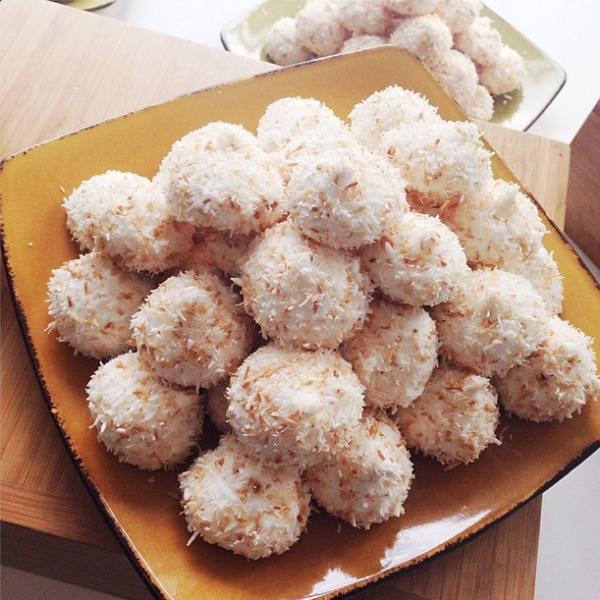 I had a fabulous time attending Chefs’ Playground, it truly is one of the best events for foodies in Chicago. One of my favorite parts of the event was seeing how friendly all of the chefs were. Before the event began, the chefs were serving each other samples of their dishes. It was clear that the chefs were having just as much fun as the party guests. 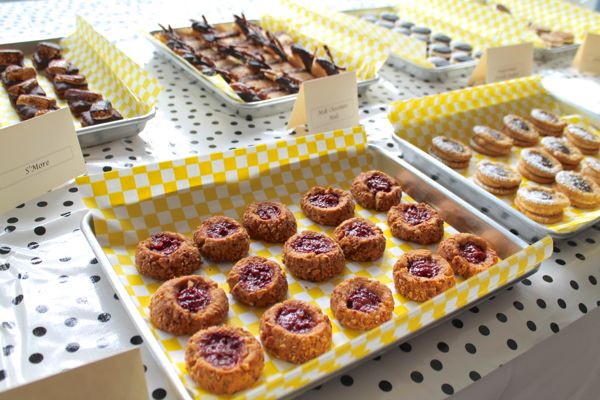 One thing that I learned when I visited AGC is that the school has their own chef, Chef Eddie, who serves organic breakfasts and lunches to students. AGC is focused on providing nutritious meals to students while teaching them how their food choices impact the environment and local economies, so it is fitting that Chicago’s chefs came together to support the school. 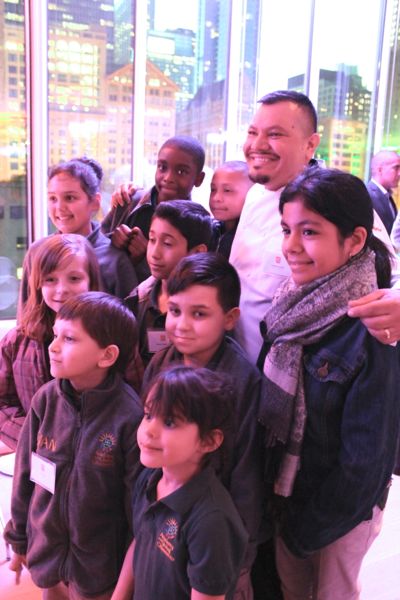 Chef Eddie was in attendance at Chefs’ Playground, wearing a special chefs’ jacket. It is so clear that the students adore him. They all eagerly and proudly posed for photos with him at the event. 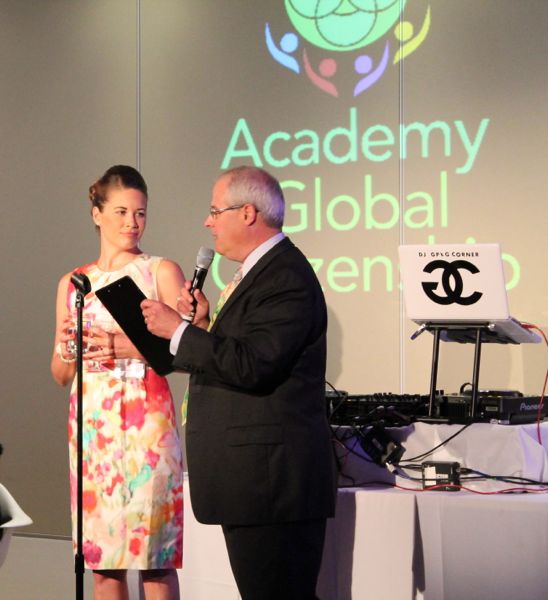 Toward the end of the night, Founder and Executive Director of AGC Sarah Elizabeth Ippel took tothe stage for the auction and to accept donations from eager supporters of the school. I am happy to say that Chefs’ Playground raised $435,000 for the Academy for Global Citizenship, and a portion of these funds will go toward the development of the first net-positive energy school in Illinois.

Photo of Stephanie Izard, and the group photo of the chefs © 2014 Galdones Photography