I have become a voluntary ambassador of British cuisine. Today I am sharing a comprehensive list of British foods to try in London. I promise that these foods will turn you into a fan of British food!

British Foods to Try in London 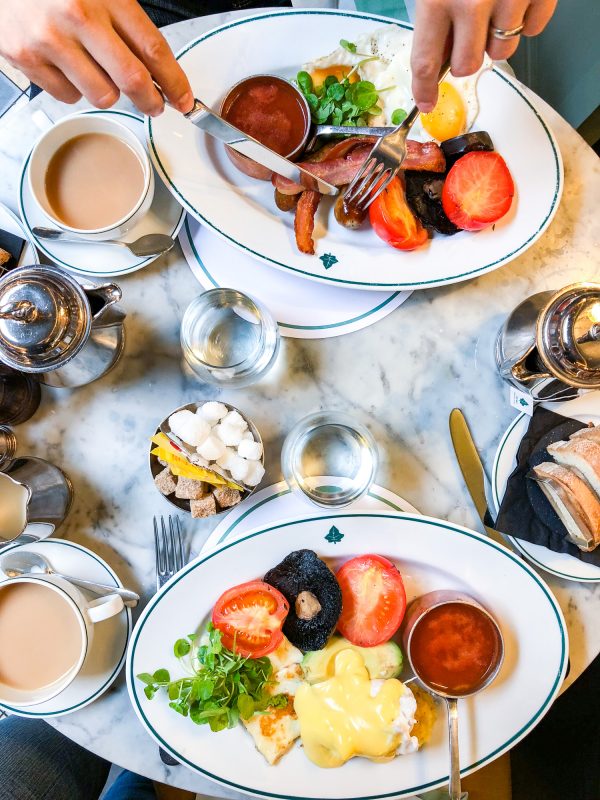 A large breakfast consisting of eggs, bacon, sausage, grilled tomato, and baked beans served with toast. Usually a vegetarian version with avocado and grilled halloumi is also available. Our favorite spot for English Breakfast is The Ivy, which has several locations in London.

Scones with clotted cream and jam are a classic British food. The most common types of scones are plain scones and scones with raisins, although you may find other variations. To Americans, scones may seem like a breakfast food, but in England they are really just an afternoon thing. If you are like me, and want to have a breakfast scone, go to Gail’s Bakery – they have them available all day. If you want make scones, give this recipe at try. 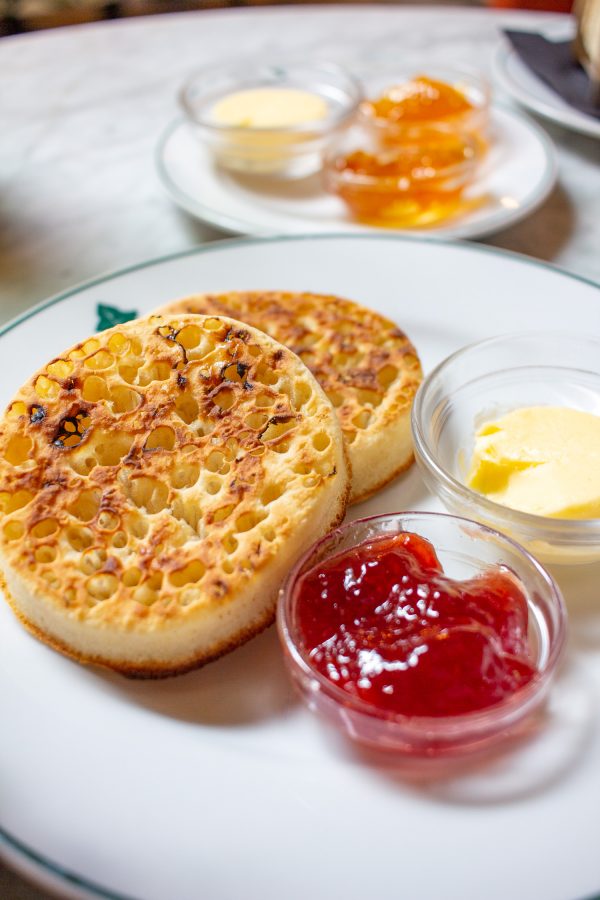 Crumpets are basically a spongy version of English muffins. They soak up whatever you spread on top in the most satisfying way. I recommend spreading butter and jam on top, but if you are feeling daring add Marmite.

Black Pudding is a blood sausage that is served as part of English Breakfast.

Afternoon tea is a meal filled with scones, finger sandwiches, and pastries served with tea. It is one of my favorite things to eat in London.

Toad in the Hole

This has a different meaning in England, it isn’t a fried egg inside a slices of bread. In England, Toad in the Hole is made with sausages cooked in a pastry that is similar to a Yorkshire Pudding. 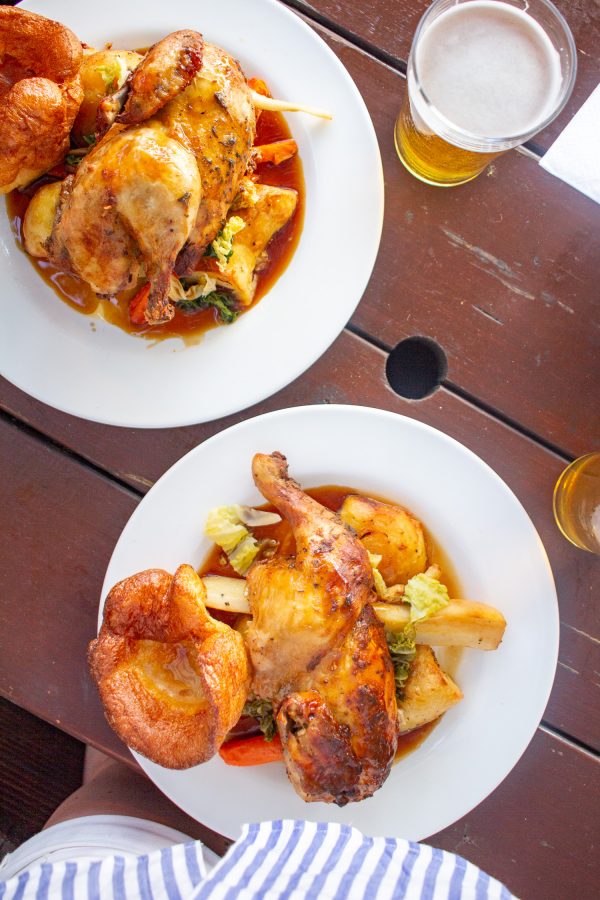 Sunday Roast is the traditional Sunday afternoon meal in England, and it is offered at most pubs. It consists of a roast meat (chicken, beef, and pork are popular) served with roasted potatoes, roasted vegetables, and Yorkshire Pudding with lots of gravy.

A key part of Sunday Roast, Yorkshire Pudding is a savory pastry ideal for soaking up gravy. It manages to be both crispy on the outside and doughy on the inside. According to Charles, a bit of gravy should be poured inside the Yorkshire Pudding.

This popular dinner recipe is made with ground meat and vegetables topped with mashed potatoes. 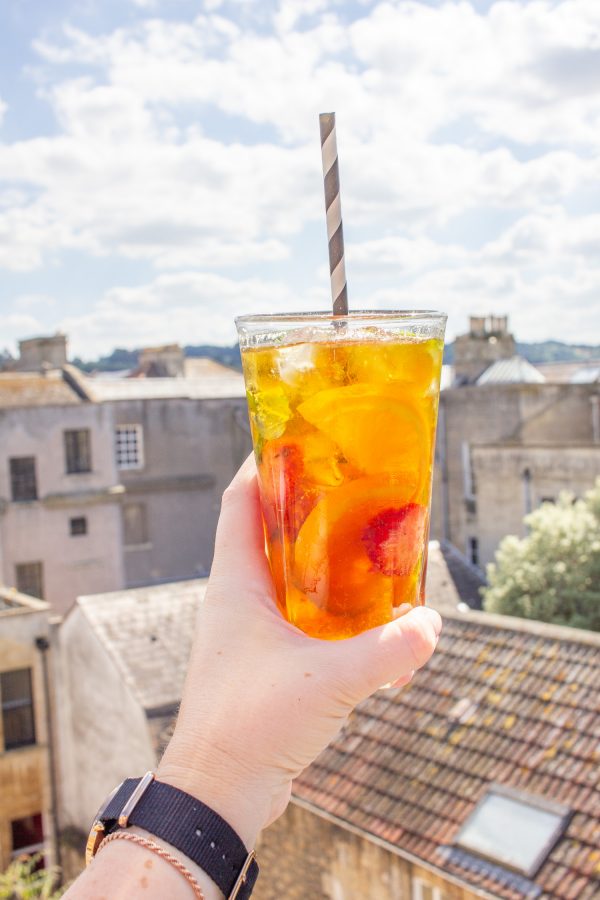 Pimm’s is a British gin-based alcohol and a Pimm’s Cup is made with ginger ale or lemon lime soda, fruit, and mint. Pimm’s and lemonade is another common cocktail in England. If you want to make a Pimm’s Cup cocktail, check out this recipe.

Scotch Eggs didn’t originate in Scotland. Who knew? London’s Fortnum & Mason claims to have invented the scotch egg in 1738. It’s a hard boiled egg wrapped in sausage meat that is breaded and fried.

Gin is so trendy in England right now. In 2009, Sipsmith won a two year battle to change a law and give distillers the right to make gin on a small scale instead of only an industrial scale. As a result, the number of distilleries in Britain has more than doubled. And since gin can be made in small scale, distilleries are making lots of new flavors. These new flavors of gin can be paired with flavored tonics to create cocktails that you just can’t get in the states.

A hand pie made savory fillings. A Cornish Pasty has PGI designation and is made specifically with beef, potato, turnip, and onion.

English cheddar is just so wonderful. Make a point to try some. 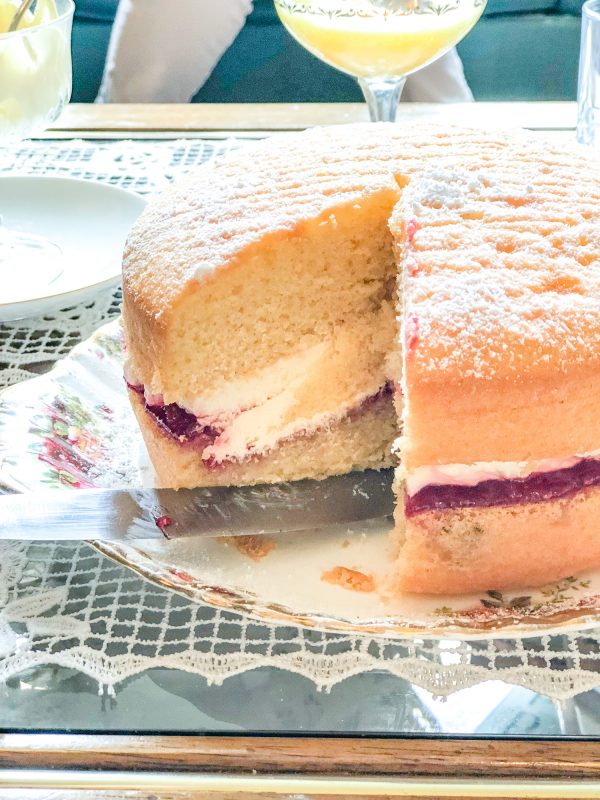 This was Charles’s favorite meal when he was a college student. A baked potato is topped with Heinz Baked Beans (yes, the brand of beans is apparently important, and please note that British Baked Beans are “better” than the version sold in America) and cheddar cheese. Making this simple meal at home is an easy way to make Charles’s day. I wouldn’t say to go out of your way to try this simple and somewhat strange meal, but if it sounds appealing to you – go for it.

You are probably familiar with this meal of battered fried fish and french fries. You can find it at restaurants or at take away stands.

Chicken Tikka Masala is made with chunks of chicken in a curry sauce. The origins of the dish are debated, but many believe that it was created by the British Bangladeshi community. Regardless as to whether chicken tikka masala was created in Britain or not, it is a hugely popular meal in England. Indian food is a major player in the British culinary landscape, and curries are a go-to meal in England. If you want to make chicken tikka masala, here is my recipe.

A cold meal of bread, meat, cheese, and onions. It is usually served with beer. Ploughman’s Lunch was created in the 1950s by the Cheese Bureau and Milk Marketing Board to promote the consumption of cheese after the rationing of cheese ended. 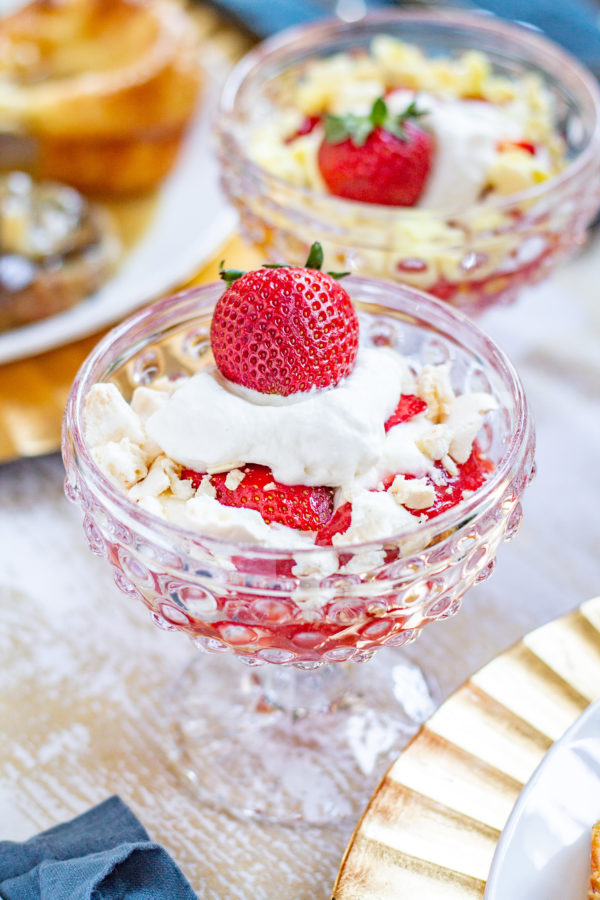 A dessert that was created at Eton, the fancy private school attended by Prince William and Prince Harry, an Eton Mess is a deconstructed dessert made with meringues, whipped cream, and berries.

The bangers are sausages and the mash is mashed potatoes. It is an example of British pub food. 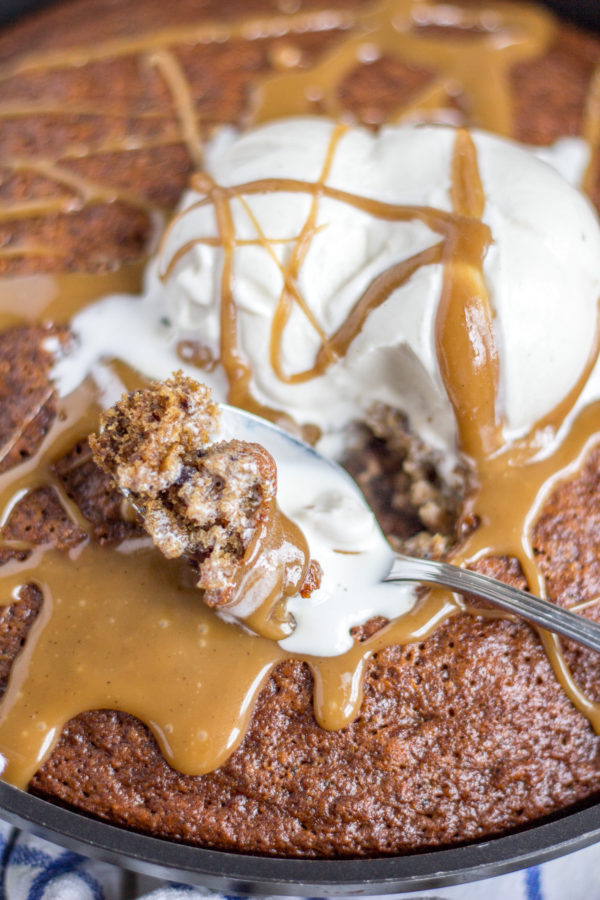 My favorite dessert, sticky toffee pudding is a most cake served topped with a toffee sauce. It is very popular and it is often on the menu at both restaurants and pubs. Here is my recipe.

Bread sauce is a sauce that is most often served with roast chicken. It is made with bread, and it tastes like bread. Not my favorite, but it is super British so it makes the list. 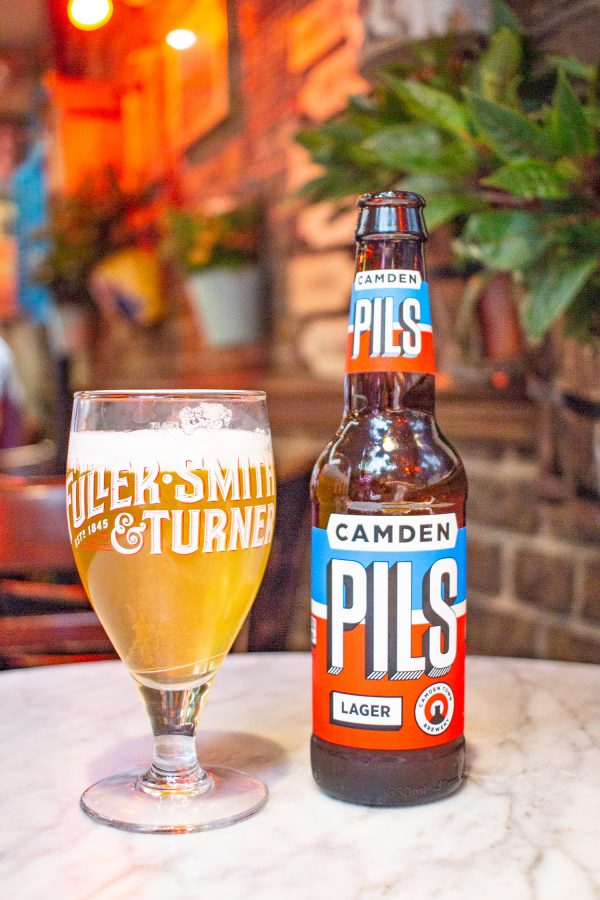 Pubs are a huge part of the culture in England, they are so fill after work that people holding pints spill out into the street. When in London, try a local beer, my go-to is the Camden Town Pils.

What are your thoughts on British foods? Did I leave any of your favorites off the list?