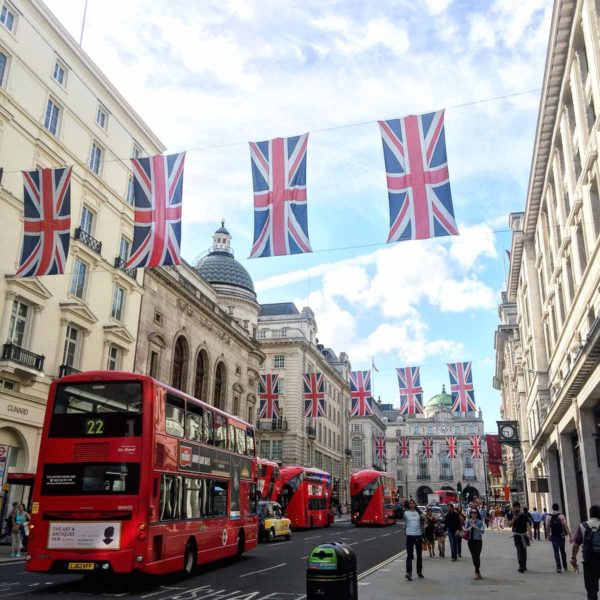 London is one of my favorite cities. I have spent a good amount of time in London – that is what happens when you marry a Brit – and I am always discovering new things to do in the city. Today I am sharing a bunch of tips, tricks, insider information, and what to know before you travel to London.

The Heathrow Express is Amazing

This express train will get you from the airport to central London’s Paddington Station in just 15 minutes! The standard fare is 22 pounds, but there are a few days to get discounts. Buying a roundtrip ticket (the Brits call it a “return ticket”) is 37 pounds, and you can save even more money by buying bundles of tickets (if you travel to London frequently). Just make sure you buy your ticket before you board – otherwise you will end up paying more. You can use the Heathrow Express app to buy tickets, or you can buy them from an agent at the airport. You purchase tickets for a specific day, not a specific time, and trains depart just about every 15 minutes. Important Note: London has three major airports, Heathrow, Gatwick, and Stansted.

You Need an Oyster Card

The London Tube sells Oyster Cards and tickets. You might be tempted to buy a roundtrip ticket to a specific station, but that costs about twice as much! Instead, invest the few pound fee into getting a refillable Oyster Card. Instead of paying 9 pounds per roundtrip journey, it was about 4 pounds! You can buy the cards from the machine in the station. The Oyster Card also works on trains to the London suburbs. You can save the Oyster Card for your next trip to London too.

Tap Your Oyster Card When You Leave the Tube

Unlike most US cities, in London you are charged based on how far you go on the tube. Be prepared to tap your oyster card or insert your ticket at the turnstiles on the way out. 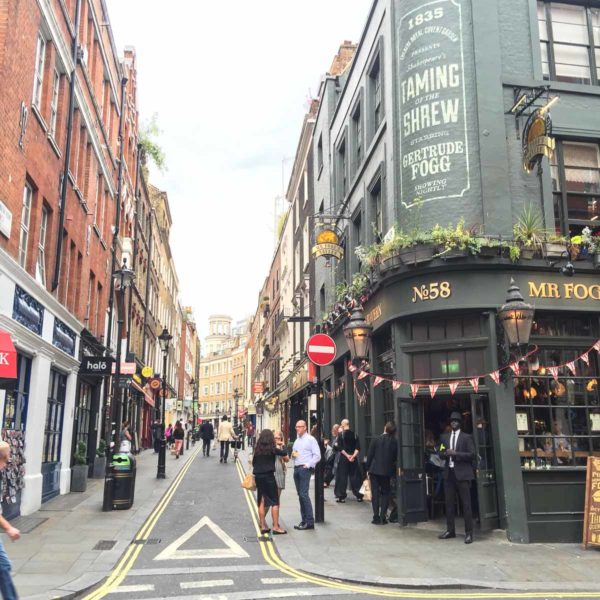 Pubs Close Earlier Than You Think

In the US we are used to hanging out at bars until the wee hours of the morning. In London, most pubs close by 11pm. After midnight most people move on to a club. There are some pubs that stay open late, my advice is to do your research before you head out. You might not just stumble upon a late night bar in London.

This isn’t as straightforward as it is in America. Some restaurants include a 12.5% service charge, in which case you don’t need to tip. If there isn’t a service charge, you can tip 10-15%. If you aren’t sure if a service charge was included, just ask! Now on to the really confusing part: paying with a credit card. The server will almost always bring out a machine to charge your card at the table, as Charles says, be suspicious if they take your card away from you – I know that is common in America but it is not the way things are done in England. When you pay with a card, there will only be a line for a signature, you cannot add tip. You can do two things: tell the server to add the tip or tip in cash. Here is how this might go down, I ask for the check, the server brings the machine over, I ask if service was included in that total, she says no, and then I tell her the final amount I want charged to my card inclusive of the tip. So say that the bill was 35, I might ask her to make it 39. Read more here. 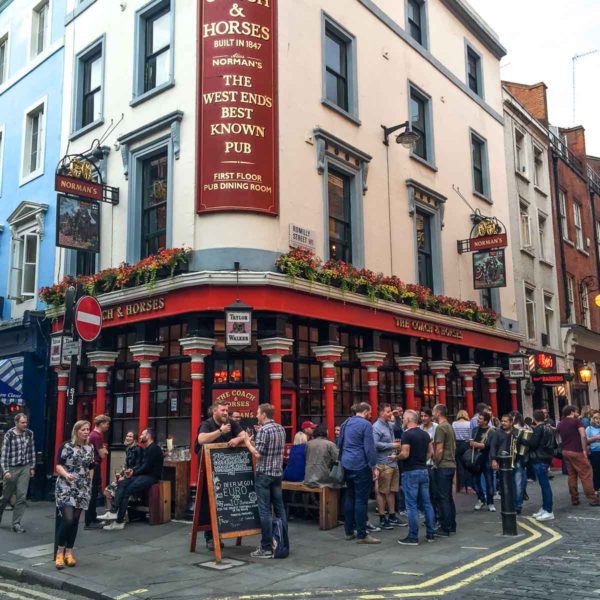 You generally don’t tip bartenders at pubs – especially if you only ordered drinks. If you ordered food you might leave a couple pounds. If you want to read more about Pub Etiquette, check out this blog post.

The Theater is Less Expensive than it is in America

Go see a show in the West End – you will spend a fraction of what you would spend going to a Broadway show! And, the theater isn’t as formal, you can go in jeans and sneakers.