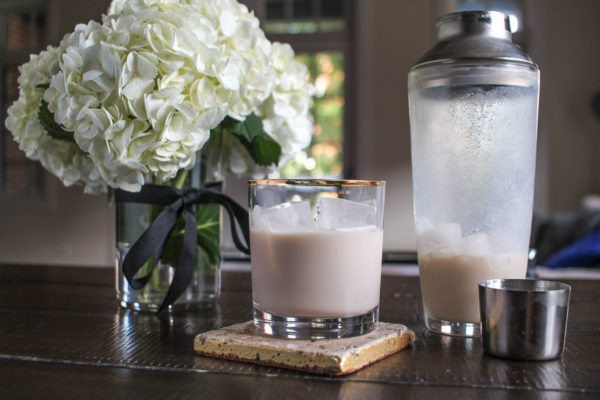 Remember when I told you that our favorite hangout in Reykjavik was Lebowski Bar, a bar inspired by the cult classic film The Big Lebowksi? Somehow we ended up stopping in for $17 White Russians nearly every night of our trip (yes, Iceland is expensive). I figured that if the White Russians were so good that we were paying $17 for them, that I should learn to recreate my favorite White Russian at home. 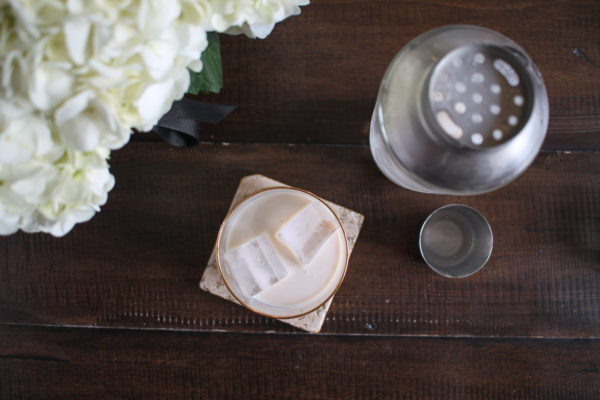 Finding the recipe for Lebowski Bar‘s White Chocolate White Russian was as easy as looking up the menu online – it listed the ingredients and the proportions. The only guesswork was figuring out what they meant by “white cocoa”. I decided they meant white chocolate, and I bought white chocolate chips, melted them in whole milk, to make white chocolate milk, and then chilled it. I also made the decision to use whole milk instead of cream to save a few calories. The end result tasted just like the White Russians we loved in Iceland. 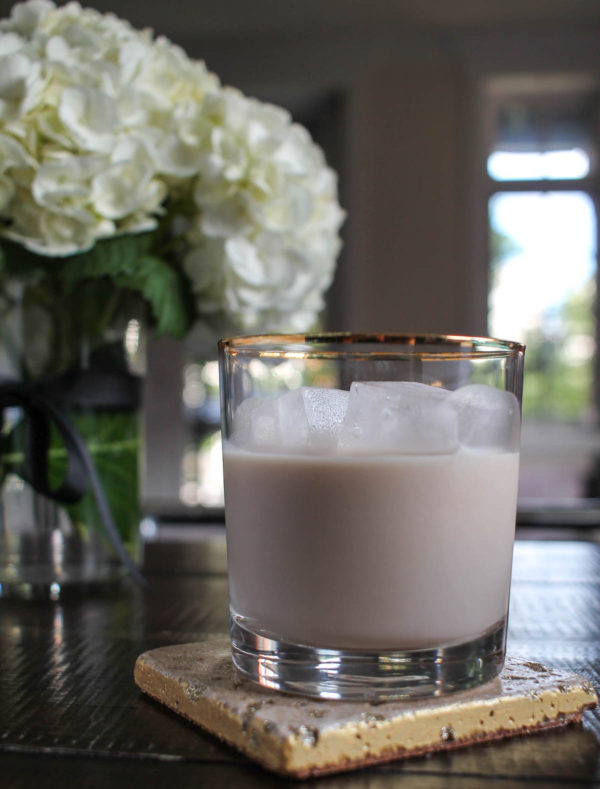 Once the white chocolate milk was chilled, making the White Chocolate White Russians was as simple as adding vodka and kahlua, shaking, and pouring over ice.

In the winter you could serve this cocktail warm. It would be just the thing to serve at a holiday party.