I have said it before and I am saying it again. I have the greatest friends in the world. And I am not talking about a couple people, we are a giant pack of friends. And we see each other all the time. We have dinner together on Sunday, but often see each other throughout the week too. We also have a lot of big group events. One of the best weekends of the year is our trip to Purdue. The majority of my Chicago friends went to Purdue, and my friend Jenn’s parents live a short walk away from Purdue’s football stadium. For the past five years a group of us has driven from Chicago to West Lafayette, Indiana for the weekend.

This year over 20 of us gathered for tailgating and football. Friends of a friend invite all of us to their elaborate tailgate. It is so generous of them to let us come, since there are so many of us and we are all very grateful because we have so much fun! I went to a small university, and I am from the East Coast. I had never seen tailgating until I went to Purdue. I thought that people just threw a grill in the back of a pickup and drank beers while they barbequed in a parking lot. I was very wrong. The tailgate we go to involves a mail truck and an ambulance that were converted into tailgating machines. The mail truck even has a bathroom and a kegerator. This is serious tailgating. There is a giant grill, a deep fryer, a half dozen crockpots, satellite tv, and several tents. Plus snacks far more sophisticated than burgers and hot dogs. 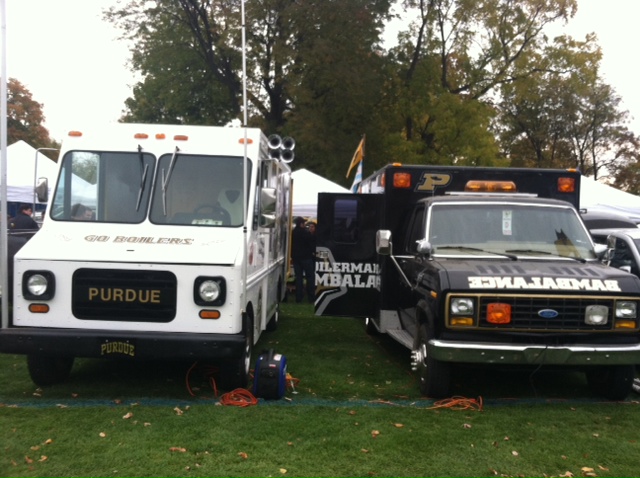 These trucks are two of the most awesome trucks at the Purdue Tailgate, and there are hundreds of trucks. The mail truck has a beer faucet with a custom handle, and an awesome paint job. Our hosts serve up the beer in custom beer mugs. 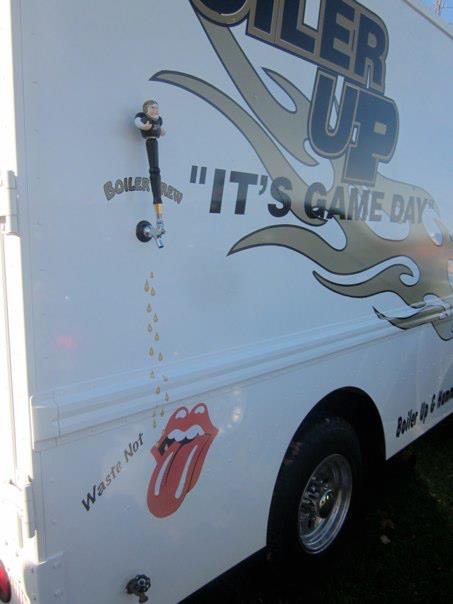 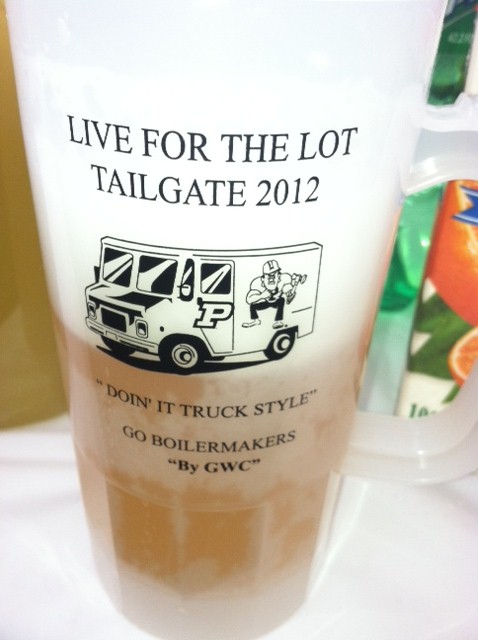 There were about 60 people at the tailgate this year, which meant there was tons of food. My friend Shaw made her famous Purdue Chicken. She marinated it for several days and then grilled it up. It is hands down the best grilled chicken I have ever had. She won’t give me the recipe, which is ok as long as she doesn’t get mad at me for eating 6 drumsticks.

I brought Chocolate Cupcakes with Whiskey Whipped Cream Frosting. The whiskey frosting is a big hit with my friends and one of my favorites. My friend Zinni was celebrating his birthday as well, so I made a birthday a Chocolate Whiskey Birthday Cake too. I will post that recipe later today. 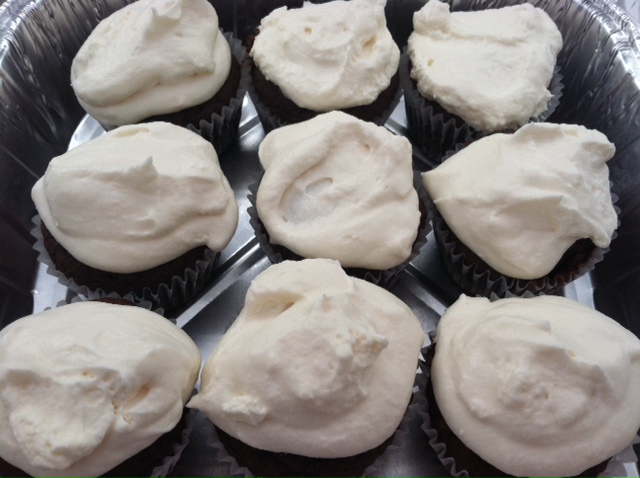 Thanks for a great weekend friends! Hopefully next year it won’t be 55 degrees and pouring rain!

As a sidenote, Purdue is also home of breakfast club. My friend Caroline told us the story of how she learned about breakfast club last night. She was at Purdue for a weekend to check it out with her Dad and her dad, Bobby T asked, “What’s going on? Darth Vader just walked by”. It was 9am and it wasn’t Halloween. Then more and more people in costumes started to walk by. They ask what was going on, and learned that at Purdue students dress up in costume on football game days and hit the bars at 7am. This is called breakfast club. I went to breakfast club twice. Once when I was in college when I visited John and Woody, and then again on the first big group trip with the Chicago crew. It is something you should go to if you ever get the chance. Purdue students are incredibly creative when it comes to their costumes, and they know how to party. If you are a high school student wondering where you should go to college, let me help you out: Go to Purdue. Thank me later.