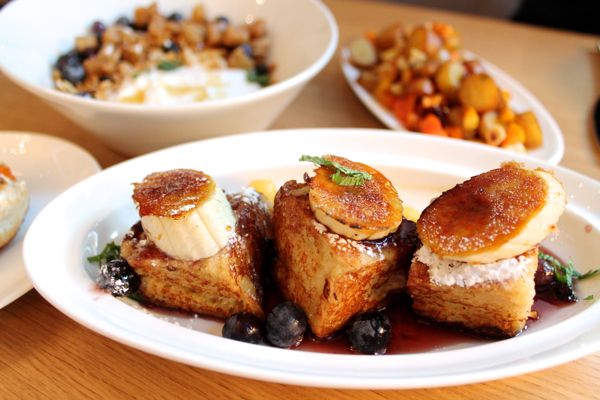 On the Saturday before St. Patrick’s Day, Charles and I escaped the madness and had a quiet leisurely brunch at The Commons Club at the Virgin Hotel. The Saturday before St. Pat’s is when Chicago celebrates and things kick off with the river being dyed green. Then things quickly escalate into a full blown drunken mob. It’s fun to watch, but I don’t really want to be a part of it anymore. We had more fun watching revelers outside from a cozy window table. 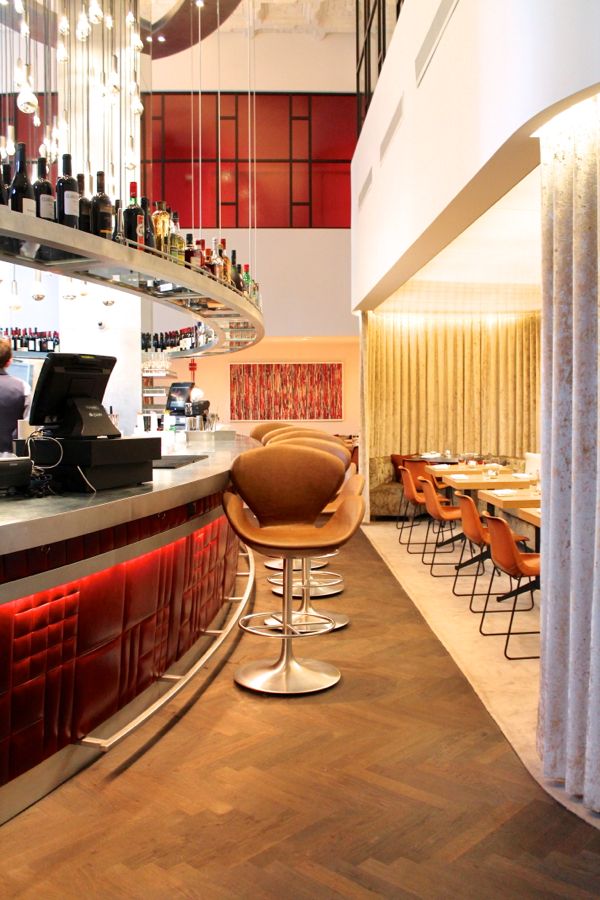 The Virgin Hotel is owned by Richard Branson, and is part of the Virgin Group. The hotel opened earlier this year and is just a block away from the river, in Chicago’s loop. The hotel boasts three restaurants, a cafe, a diner, and The Commons Club, a slightly more formal space with a British influenced menu. I appreciate how different each space is. While the party was raging downstairs – at 10am – people were calmly sipping coffee and champagne upstairs at The Commons Club. 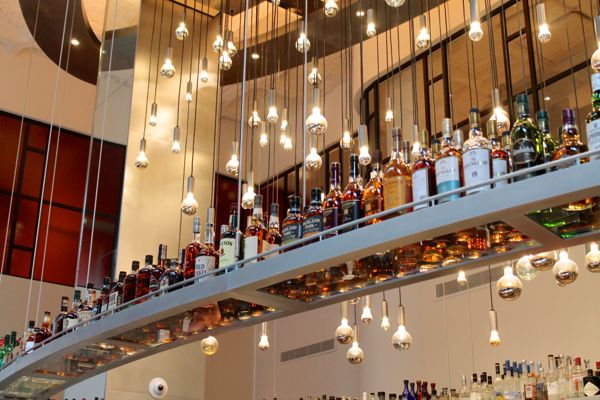 The Commons Club has a large 360 degree bar in the center. Charles’s eyes lit up when he saw the extensive whiskey collection on display. Tables line the windows, and small settees are used instead of individual chairs. The style is a cross between 60s mod and European modern. It’s simple and refined. 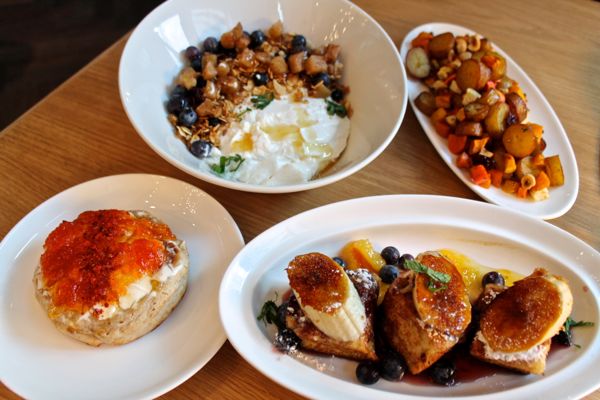 The menu at The Commons Club is quite British, which impressed my very British husband. We started off by ordering the Crumpet since they are one of our favorite foods. Crumpets are basically more spongy English muffins, and The Commons Club’s crumpets come slathered with cream cheese and grapefruit jam, and dusted with aleppo pepper. The sweetness of the jam and the creaminess of the cream cheese were a great combination. The crumpet was good, although not as spongy as I had expected. Charles said that all crumpets should come already dressed and prepared for consumption. He specifically told me to write that in this post.
The kind folks at The Commons Club kindly sent out several treats for us to taste including the Granola & Yogurt, Maple Curd Stuffed French Toast with brûléed bananas, and the Root Vegetable Hash. At first I was surprised that they sent out something as simple as the granola, but then I realized that it wasn’t basic yogurt and granola, instead, it was topped with fresh blueberries and apple seasoned with cinnamon and drizzled with honey. I had one bite and then kept going back for more.
The French Toast was a real treat – especially because I am always torn between ordering something sweet or savory at brunch. (Usually savory wins out). The French Toast was thick, and had a layer of maple curd in the center, then it was drizzled with berry infused maple syrup, and topped with brûléed bananas. It was sweet without being too sweet, and the crispy sugar on the bananas made the French Toast complete. 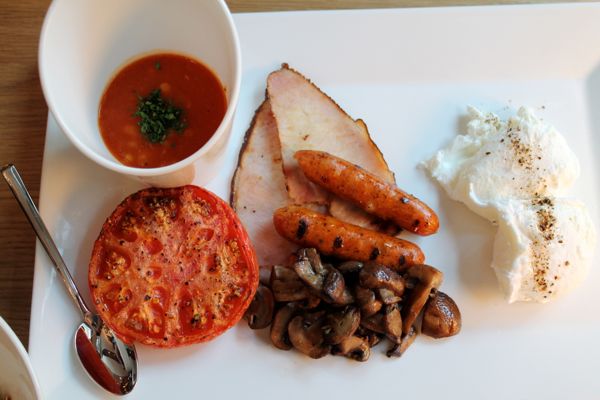 Of course Charles ordered the English Full Breakfast. He said that it wasn’t as fatty and greasy as the breakfasts he gets back in England, but that is a good thing. The English Breakfast is served with your choice of toast, presented neatly wrapped in a napkin so that is keeps warm. The English Breakfast included roasted tomato, sautéed mushrooms, back bacon, sausage, your choice of eggs, and the traditional baked beans. This meal really isn’t my thing, but Charles happily gobbled up every last bite. 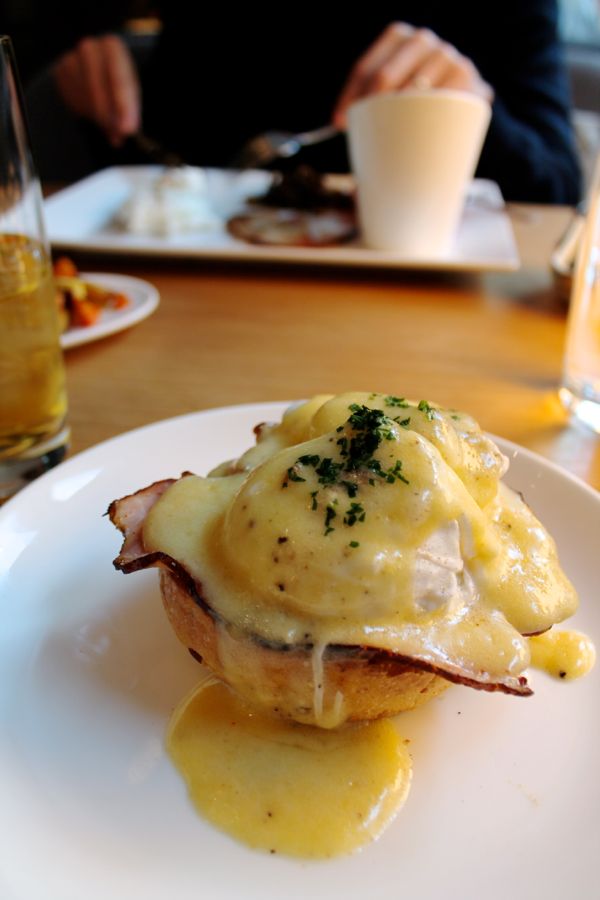 I had the classic Eggs Benedict. It was served on soft bread with back bacon, similar to Canadian bacon, and drown in rich hollandaise. It was a beautifully execution of a classic meal, and just how I wanted to start my day.
Have you been to the Virgin Hotel yet? I plan on trying Miss Ricky’s, the diner, next. Our meal at The Commons Club was very solid, and I really appreciated how the portions were just the right size.
The Virgin Hotel is located at 203 North Wabash, in Chicago’s Loop.