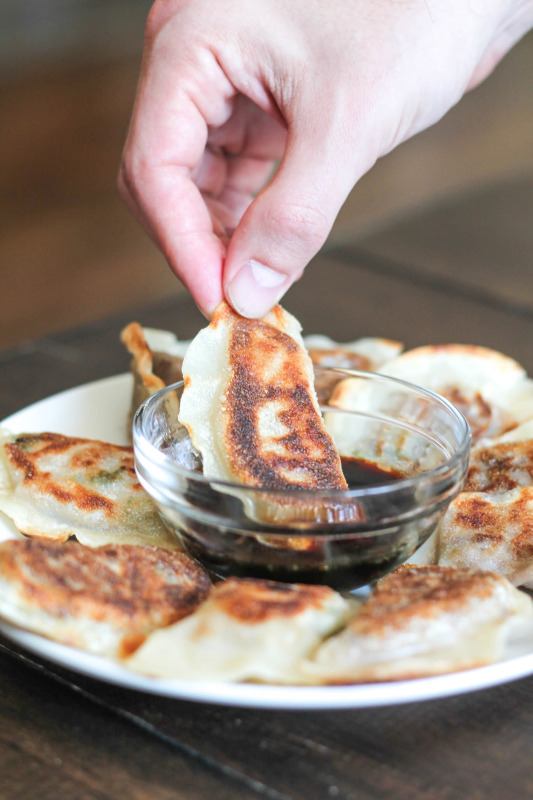 It’s Friday night, you have a couple bottles of rosé, a fresh season of the Unbreakable Kimmy Schmidt to watch, and everything you need to make your own dumplings. Could life be any better?! A few Fridays ago I hosted the ultimate grown up TGIF party.

Here’s what I did. First I prepared the meats. I finely diced the meats – you want everything chopped up so it’s tiny enough to fit in the dumplings. Then I cooked each one in a different sauce. I cooked the pork in equal parts toasted sesame oil, red chili oil, and sriracha. I cooked the chicken in teriyaki sauce, and I cooked the beef in 1 tablespoon toasted sesame oil, 2 cloves minced garlic, 1/4 cup chopped scallions, and 1 tablespoon soy sauce. Each meat had its own distinct flavor, and only the pork was spicy.

Then I finely chopped some mushrooms and quickly sautéed them. I chopped broccoli into tiny florets and threw them in the microwave just until they were soft. I chopped some cashews and shredded a carrot too. 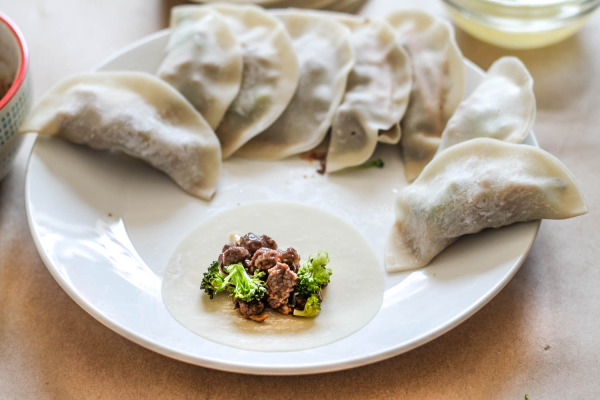 Everyone tried different combinations and had different favorites. Charles loved the spicy pork with carrots. I like the teriyaki chicken with the cashews, and my friends like beef and broccoli. 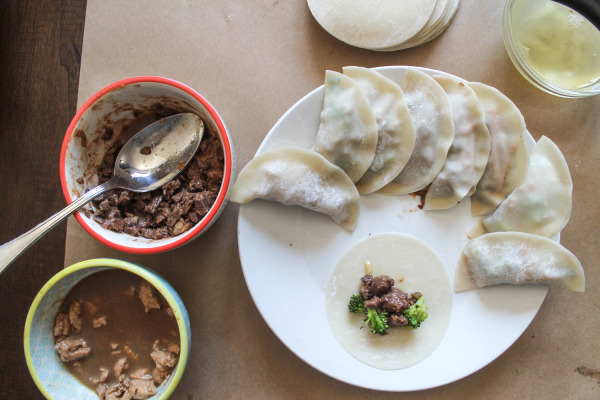 Dumplings can be a little hard to make, it takes practice to figure out exactly how much filling they can hold. You also have to make a whole bunch to have enough for dinner. I served some chicken fried rice on the side, and I also bought egg roll wrappers. Egg rolls hold more filling, and are easier to make. Kids would probably have a much easier time with egg rolls. You can use the same fillings, it’s just a different size and shape.

Once you fill the dumplings – I found that they can handle a heaping tablespoon of filling – you brush them with a mix of an egg white scrambled with 2 tablespoons of water. We learned that if the dumplings were too moist, they wouldn’t stick. Only wet half of the edge dumpling and then press it together with your fingers. For egg rolls, brush the edge to hold it together, and then brush the top to help them brown. 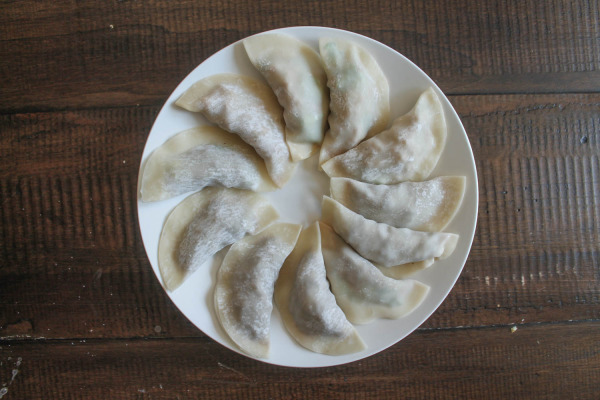 I don’t have one of those bamboo steamers (I don’t have room for anything else in my kitchen) so I just quickly boiled the dumplings until they would float, and then I pan fried them in vegetable oil. We baked the egg rolls for 10 minutes at 350 degrees, and then I quickly pan fried them. 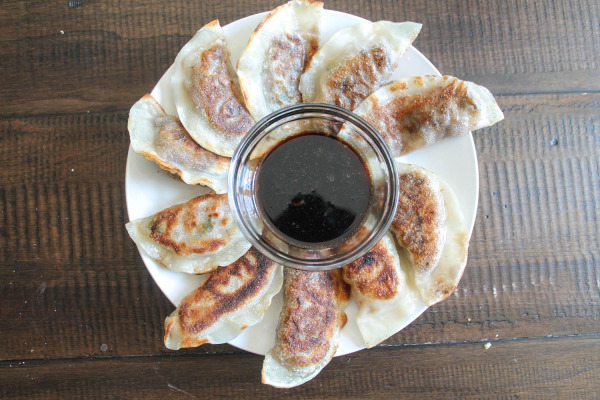 We had so much fun! Even people who aren’t very culinarily inclined got the hang of making dumplings. I might just have to have another dumpling party… or do something similar – like an empanada party!