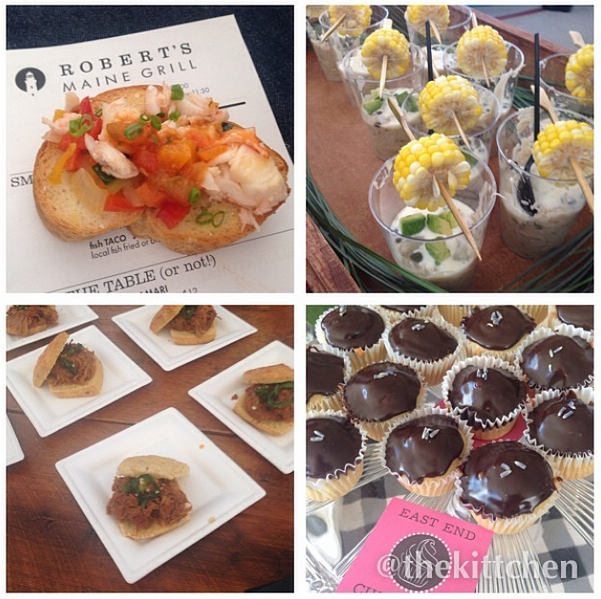 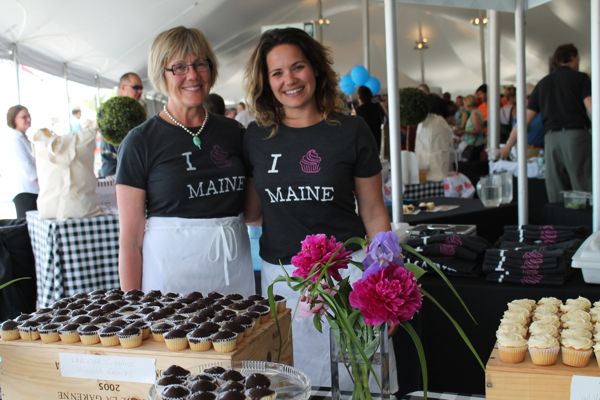 Saturday was my final day of Kennebunkport Festival events, and it was jam packed with activities. I have never seen my hometown buzzing with such action. I was one of many festivalgoers shuffling between The Grand Tapas Party, Brews + Tunes, and The Grand Finale at David’s KPT. 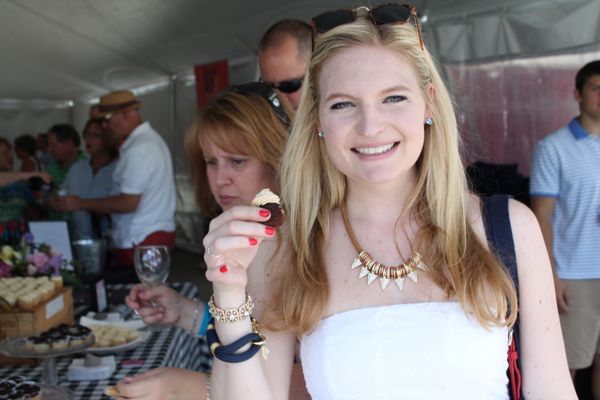 Things kicked off at noon with The Grand Tapas Party, housed in the same tent as POP The Kennebunks, although completely redecorated to accommodate food stations from twenty Maine restaurants and along with several beer and wine vendors. Upon entering the massive tent, guests were given a wine glass. Then we were free to roam around tasting and sipping. 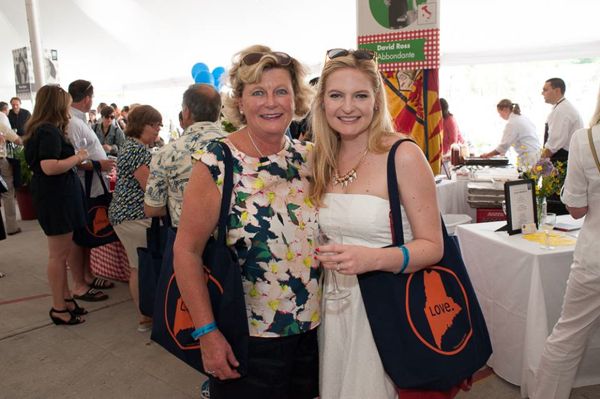 The event reminded me of Chicago Gourmet, but on a smaller and more manageable scale. Unlike Chicago Gourmet, there are no chef demonstrations, and the restaurants represented weren’t constantly rotating. This worked in the events favor. People came, tasted, and moved along to Brews + Tunes, meaning that the tent didn’t get overly crowded. 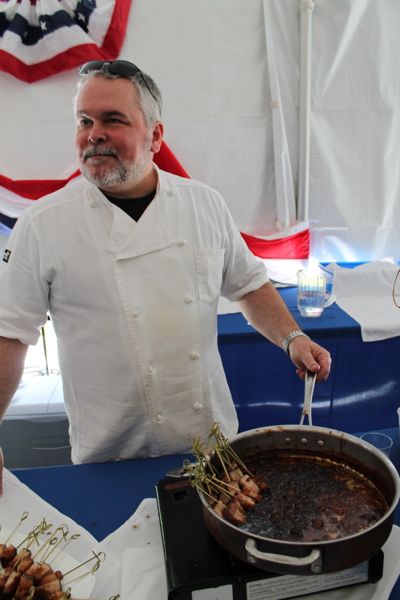 Of the twenty restaurants that participated in the event, about half of them were from the Kennebunks, while others came from as far as Boothbay Harbor. Many of the participating restaurants prepared two different dishes, so there was a lot of food to be tasted at the event. Some of my favorite bites were the chocolate cupcakes with salted caramel frosting from East End Cupcakes in Portland, the pork belly from Stripers in Kennebunkport, the chicken and potato chowder from Black Tie Catering, the pulled pork on jalapeño cornbread sliders from Frontier in Brunswick, and the beef from The Thistle Inn in Boothbay Harbor. 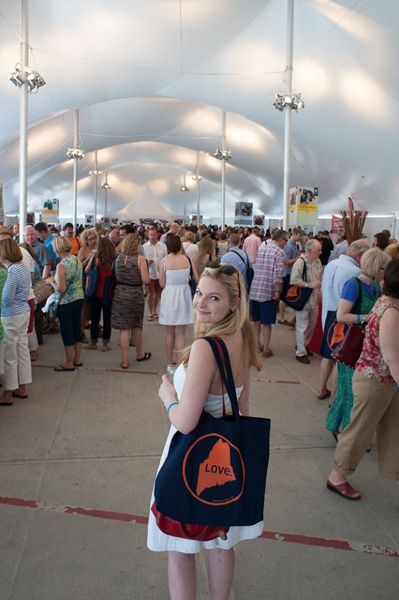 There was ample seating both inside the tent, and outside along the harbor. The event wasn’t crowded; there was no waiting in lines for food, and the chefs actually had time to chat. It was a fun, slightly boozy, lunch. My Mom and I found that the best strategy was to try one of everything, but to share it. We had just the right amount of food to be full, but not overly so. 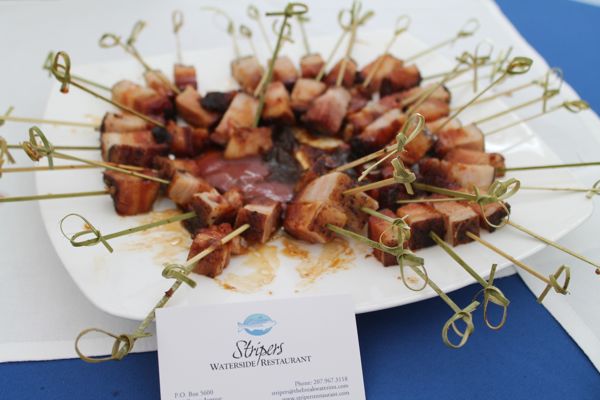 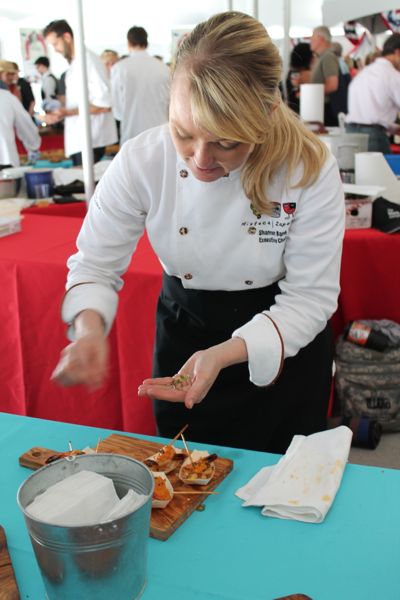 At $65, attendees are getting to try samplings from many top Maine restaurants all at once, alongside wine and beer tastings. My mother and I (granted I had a press pass) felt it was worth the price. The food at the Grand Tapas had something for everyone. There was a good amount of seafood being served, but there were plenty of other options too. It was a well organized event and the food was beautifully presented. The participating restaurants really put their best food forward. 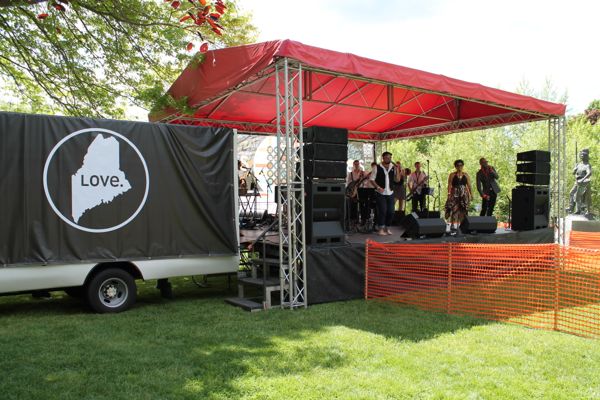 After filling our bellies, we were off to Brews + Tunes, a concert on the Green in Kennebunkport where local food trucks and New England beer were on hand along with great live music. This was the most laid back event we attended. My parents said that about 50% of the attendees were locals – some of whom tried to convince me to move home. On a perfectly sunny warm summer day, with music playing, and a cold beer in my hand, it wasn’t easy to say “no”. 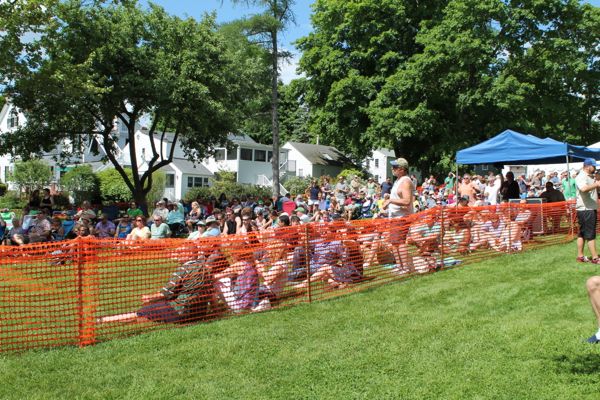 Some people brought blankets and chairs, while others stood at the back chatting. There were lots of kids dancing (this was the only event I attended where children were present). And in a true example of what a small world it is, I ended up spending time with fellow Chicagoans who live just two blocks from my new place. My Dad’s friend made the connection and introduced us. 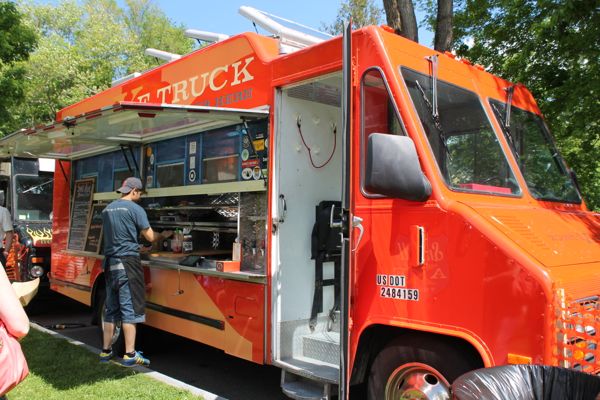 Just when I thought that a three event (and three outfit) day was a lot, my parents squeezed in two more events before the Grand Finale at David’s KPT. This seemed to prove that even places that weren’t hosting Kennebunkport Festival events were hopping with activity. June is a lovely time of year in Maine, and the Kennebunkport Festival is just the icing on the cake. 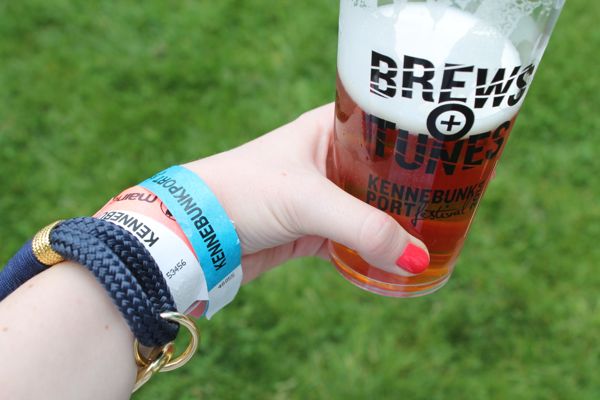 The photos of me, and the photo of me and my mother are from Faces Maine