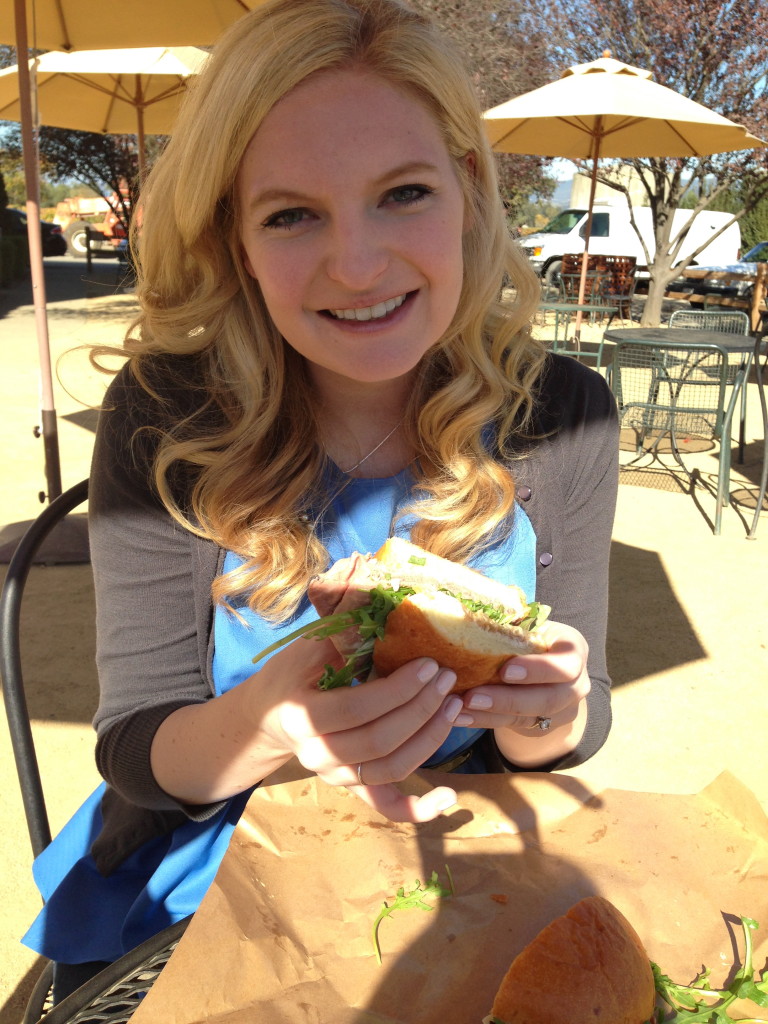 Napa was the perfect place for me to celebrate my birthday since eating and drinking wine are two of my favorite hobbies. My husband throughly researched restaurants prior to our trip, and I was very impressed with his selections. My friends who have been to Napa sent me recommendations too. On my birthday we had sandwiches at Oakville Grocer, an upscale market and deli that my friend Windy City Epicurean suggested. I had the roast beef sandwich, made with organic farm raised beef, watercress, and cheddar on a fresh roll. It was just what I needed between wine tours. 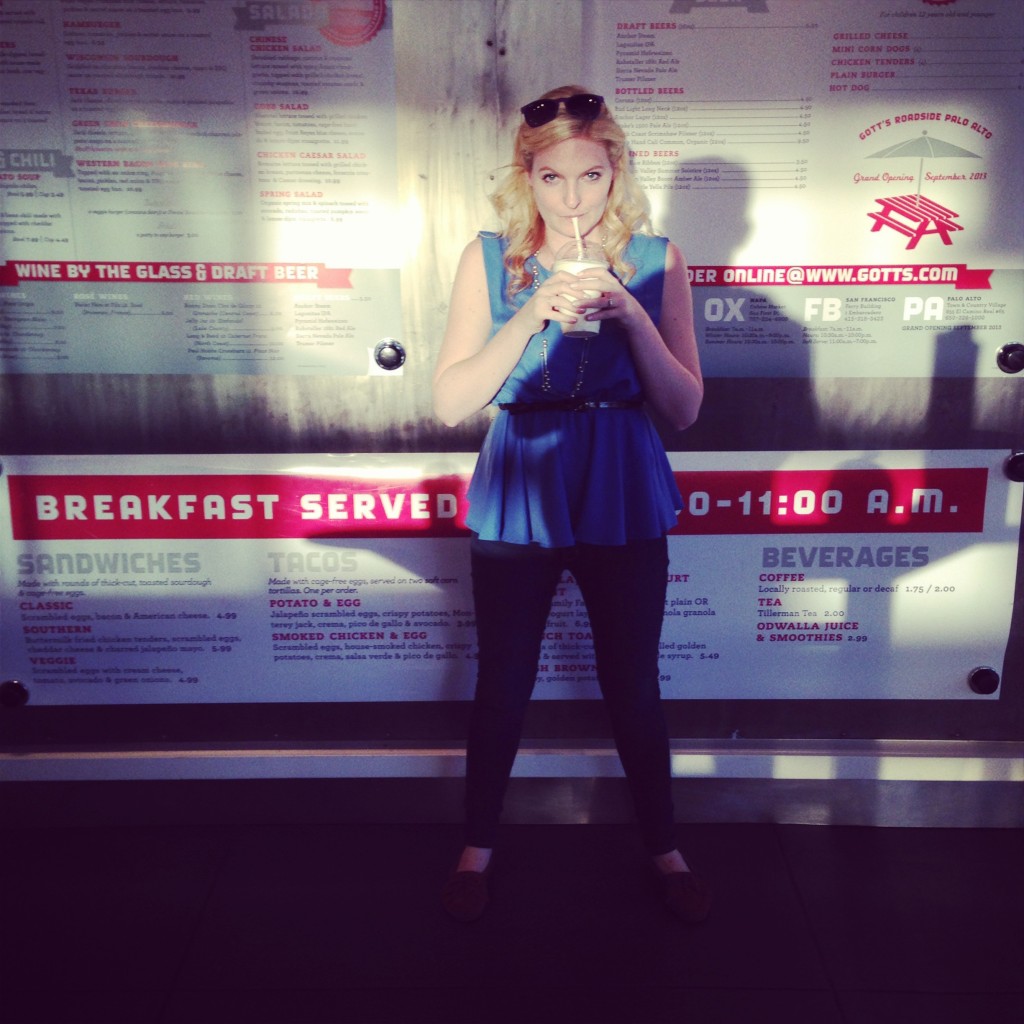 After three wine tours and tasting on Friday, we need a snack to help sober us up a little. We did this so we could then head right to the wine bars and then restaurants. My friend Jill recommended the White Pistachio Milk Shake from Gott’s Roadside, and I was determined to try one. Let’s just say that it was so good it inspired a trip back to Gott’s the next day. I have been noticed pistachios on menus more frequently. Maybe they are the next food trend? 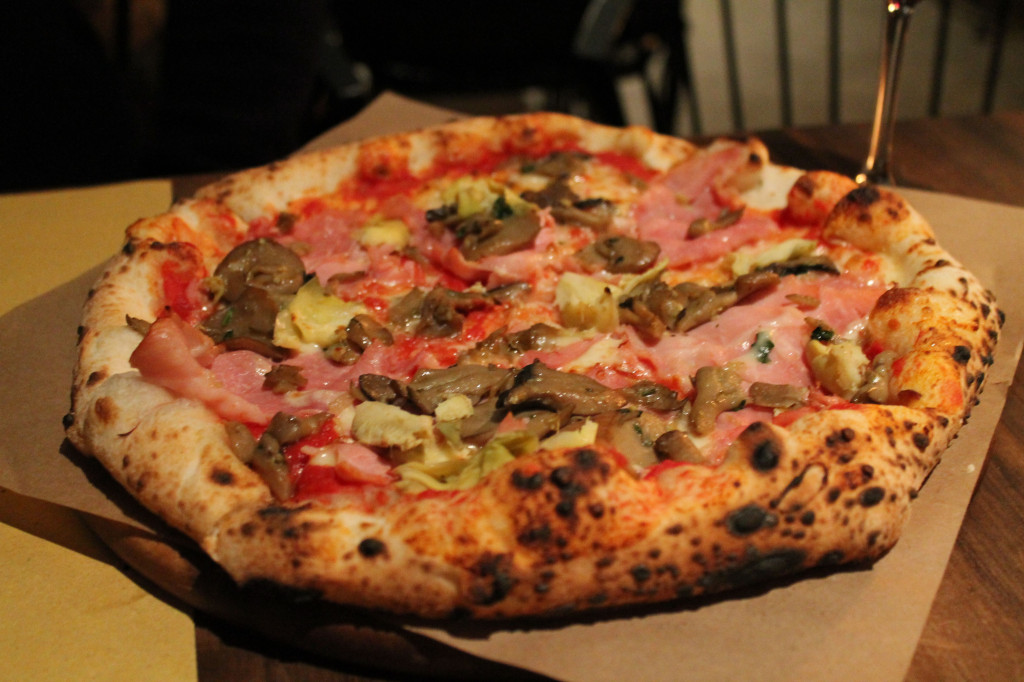 For dinner went to Ca’Momi, an Italian restaurant in the Oxbox Public Market.  Charles tried one of their pizzas which had a nice thin crispy crust, and was loaded with meat and mushrooms. Charles has a tendency to order the pizza with the most meat on it when we go to Italian restaurants. 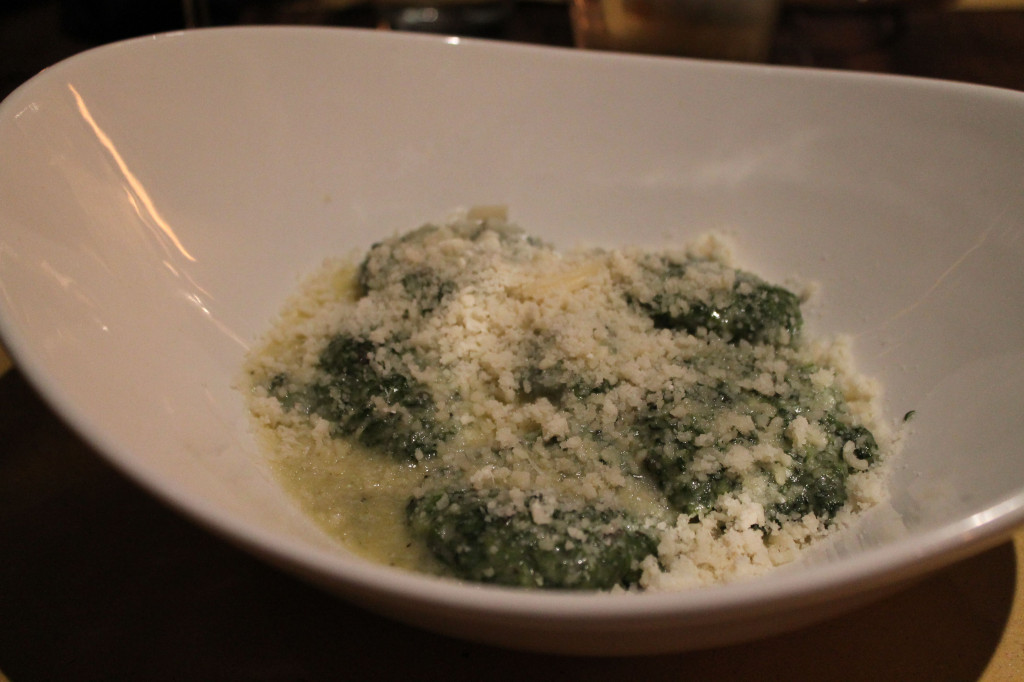 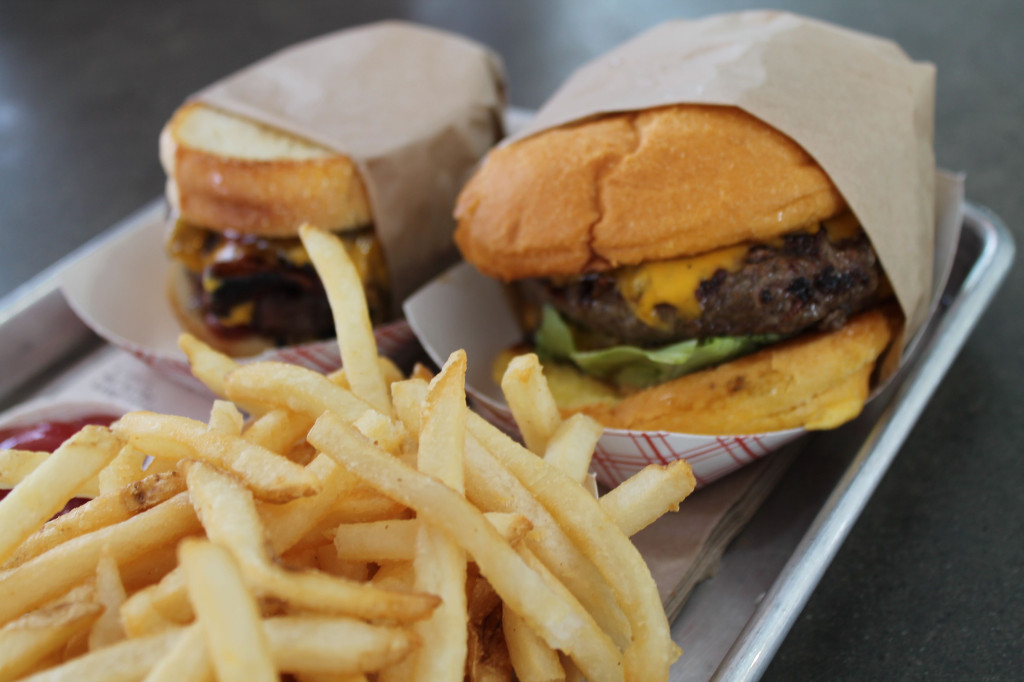 The next day we headed back to Gott’s Roadside for lunch because we had been intrigued by the menu when we went there for milkshakes the day before. Charles ordered the traditional double cheeseburger, and he scarfed it down before I got a bite. 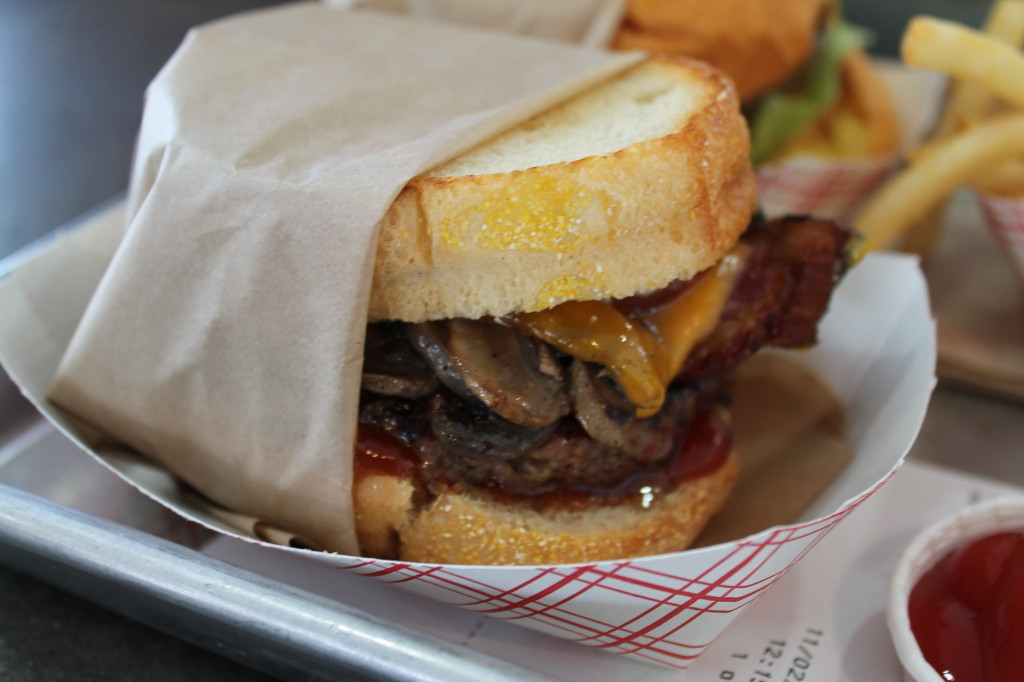 I ordered the Wisconsin Sourdough Burger which combined several of my favorite things: cheddar cheese, mushrooms, bacon, and barbecue sauce. I liked that the burger was served on sourdough bread instead of a bun. It made the burger somewhat difficult to eat, but that didn’t stop me. We ordered a side of fries, which were served with ranch dressing, and I ate more than my share. I had really wanted to try the garlic fries, but Charles’s veto-ed that idea saying that we would be around other people at our afternoon wine tasting. 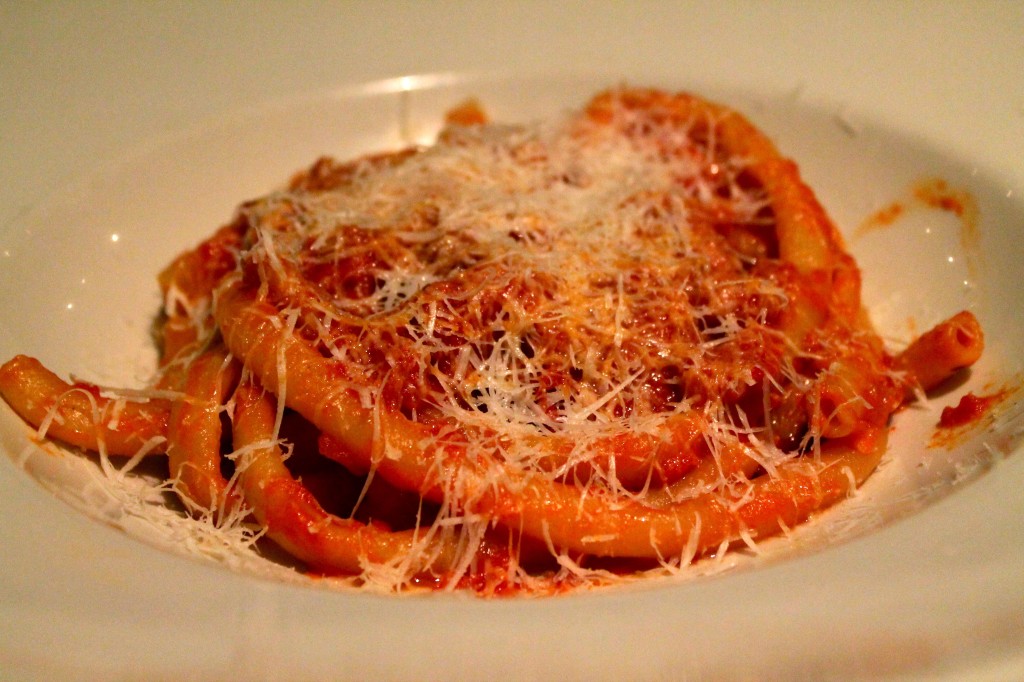 We had pasta for dinner again that night. We found that carbs helped to balance out all the drinking we were doing. We dined at Oenotri, which our driver highly recommended. We went straight for the pasta and started off with the bucatini. The pasta was freshly made and paired with a slightly spicy sauce and pecorino. 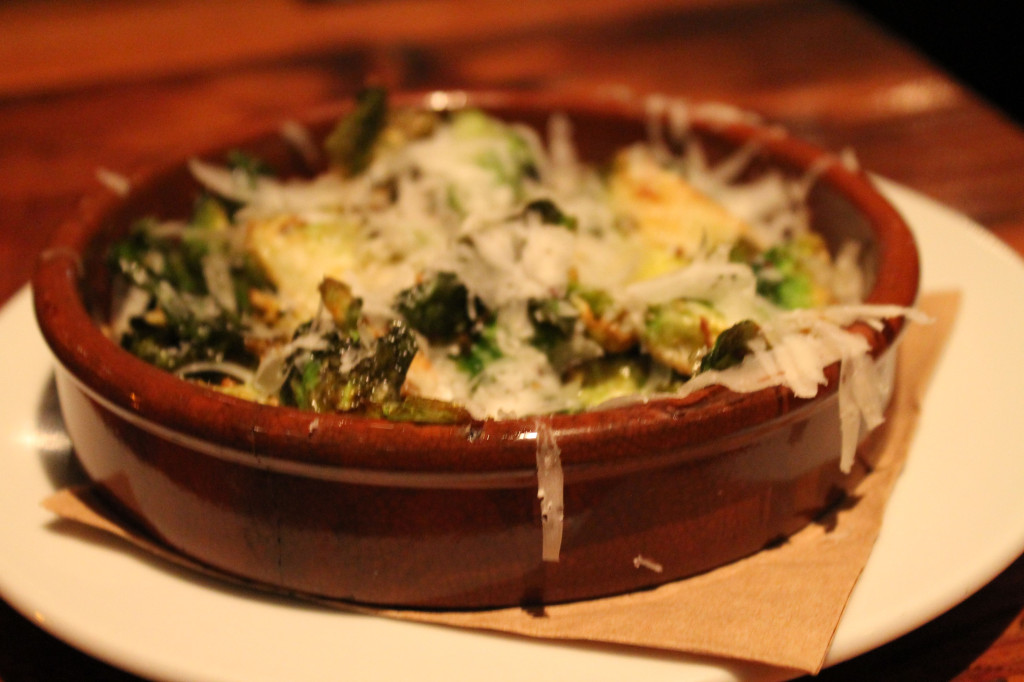 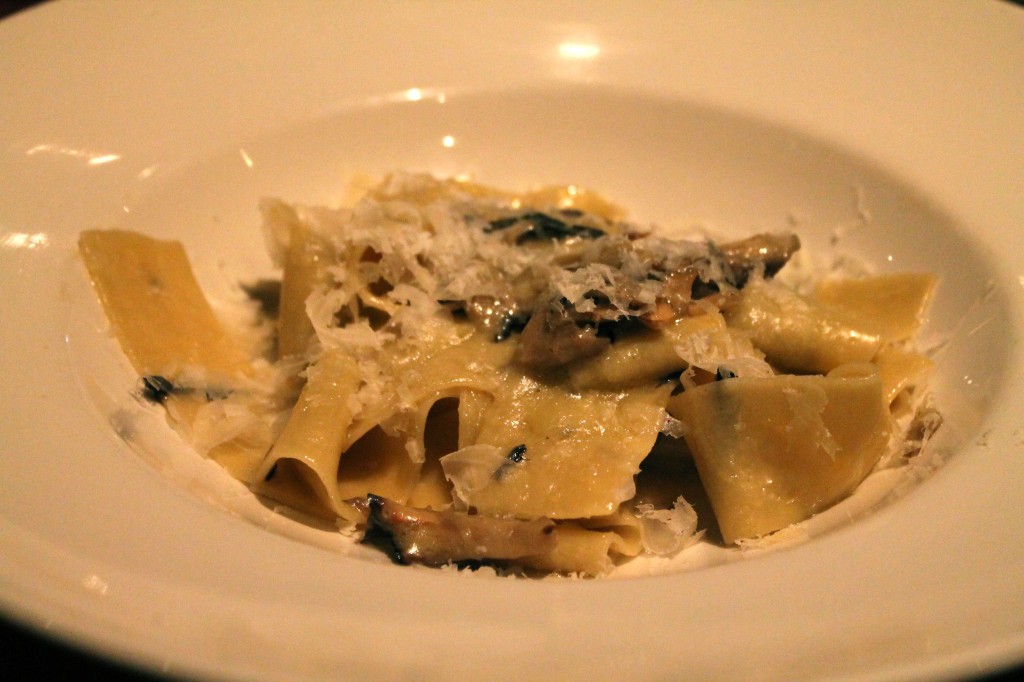 Then I had more pasta, and this might have been my favorite meal of the trip. The pappardelle with mushrooms, thyme, garlic and parmesan had thin fresh ribbons of pasta in a rich sauce. The proportions of the ingredients was just right, they worked together without a single taste overwhelming the others. I would probably eat anything involving cheese, mushrooms, and pasta. I need to try to recreate this dish.

Sometimes it is so nice to forget about fat and calories, which is what we did in Napa. I had the best time, but now we are back to reality and kicking off some healthy eating. We also had to stop drinking wine all day long.