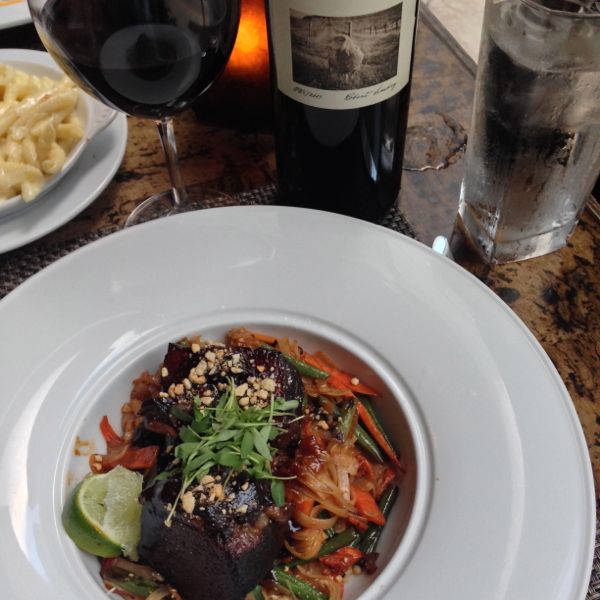 Once known for primarily serving up steak, Epic, in Chicago’s River North has mixed things up with a new modern American menu with both Asian and Hawaiian influences. When Epic asked me to stop in to check out the menu, I jumped at the chance – especially since I was trying to pack up my kitchen and therefore couldn’t cook dinner at home.

Epic is a three level restauarnt on a lively stretch of Hubbard Street. The downstairs space is open and has a happy hour crowd and an even bigger crowd of people out and about on weekend nights. The second floor is a modern dining space with floor to ceiling windows. The rooftop bar is one of the Chicago’s finest. There is a little something for everyone. I noticed colleagues having happy hour, business dinners, and couples on dates.

We settled in at a table beside a window overlooking Hubbard. We started off by checking out the extensive and impressive wine selection. I jumped at the chance to order a wine from my favorite vineyard at Napa, Robert Sinskey’s POV.

When we reviewed the menu we realized that it had changed dramatically since the last time we had been in. Charles started things off with the crab cake. Instead of a few small crab cakes, Epic served up one large crab cake. Charles loved the creaminess of this dish, and the asparagus puree it was served with. 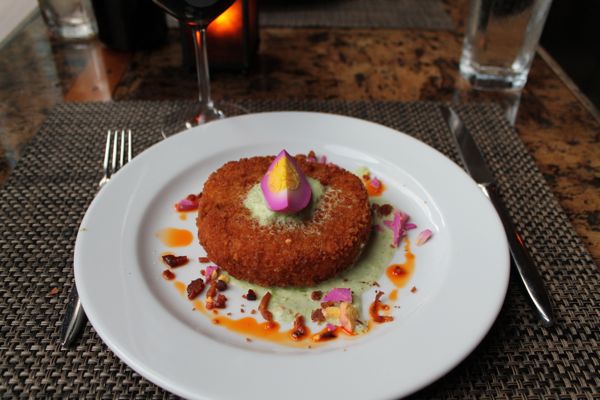 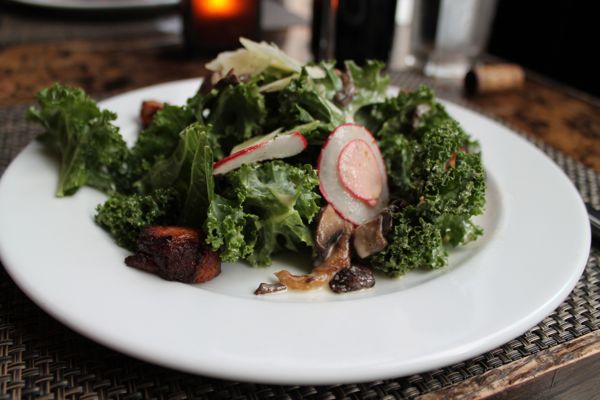 Then Charles had the catch of the day, a tuna served over fresh gnocchi. Notice how Charles always orders seafood because he never gets it at home? Charles said that he liked the combination of the seared fish and the tender gnocchi. 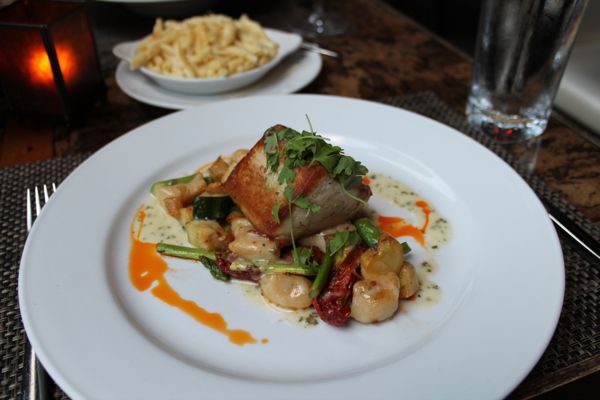 Our server mentioned that the three cheese macaroni and cheese was one of his personal favorites, so ordered it as a side. The blend of cheese is manchego, triple creme brie, and goat cheese. The salty manchego (it is a hard Spanish cheese) added a nice contrast to the creamy brie and goat cheese. This mac and cheese is super rich, and we ate every bite. 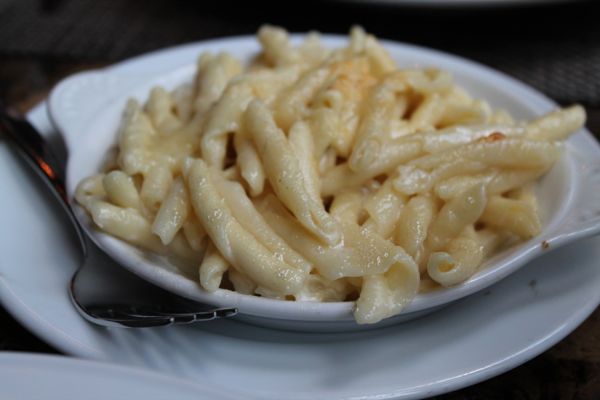 Short rib is one of my favorite meals, and Epic’s Asian inspired short rib was something I had to try since it is so different from the slow braised short rib is such a staple on many menus. Epic’s fresh take on this dish was excellent. The fall apart tender short rib was served atop glass noodles and thinly sliced Asian vegetables with a light peanut sauce. 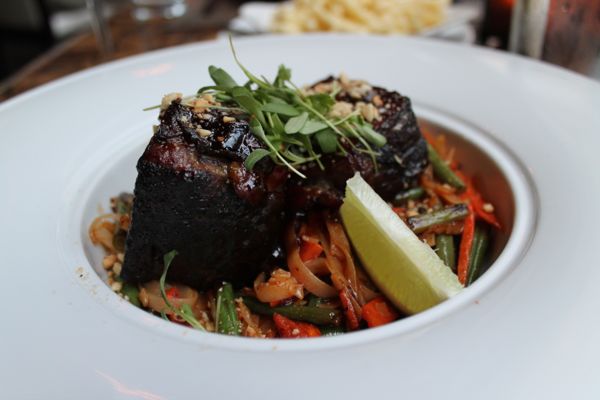 We finished things off with dessert. I love toffee, so the Sticky Toffee Bread Pudding with a Bourbon Sauce and Whipped Cream was calling my name. The bourbon sauce was a nice compliment to the sweet toffee bread pudding. I have been begging another restaurant to put their toffee bread pudding back on their menu, and I am so happy to have discovered Epic’s version of this dessert, and I can’t wait to have it again. (Literally my stomach is growling as I type). 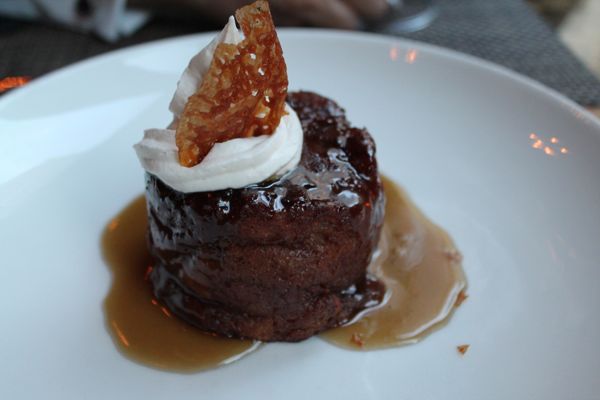 We had a lovely evening at Epic. The vibe on weeknights is more laid back, making it the perfect place for a leisurely meal. Be sure to head up to the rooftop for an after dinner drink too.

Thank you to Epic for having us.