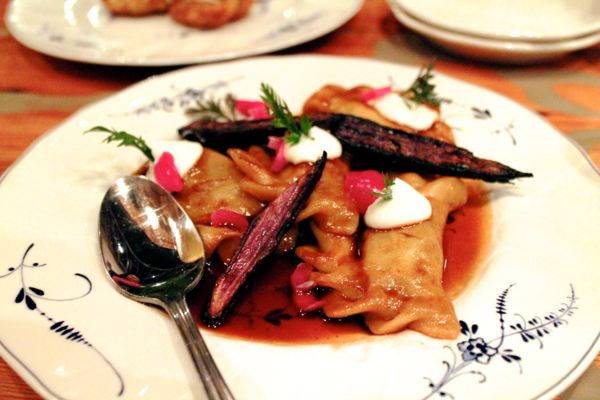 Bohemian House is a new restaurant in Chicago’s River North, and I fell hard for the incredible food, and the fact that they are bringing a truly new concept to Chicago. Some of the restaurants in Chicago can be a little cookie-cutter, but Bohemian House has created a menu and atmosphere unlike anything else. The food is a mix of Austrian, Czech, and German cuisine, certainly something that isn’t common in Chicago. 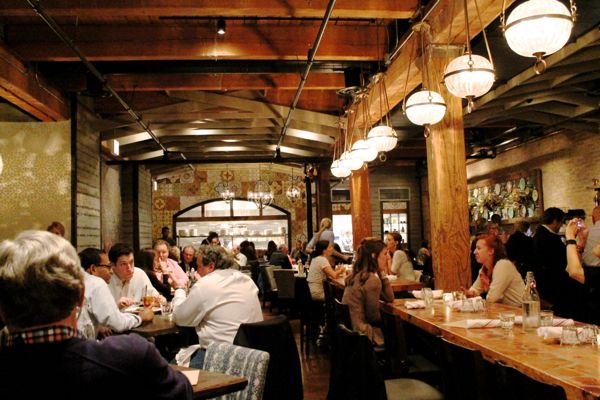 The restaurant has a mix of spaces with couches for cocktails and lounging, large wooden communal tables, banquettes along the wall, smaller tables in the middle, and a large bar along one side of the restaurant. The mix of materials and patterns in the space fits the bohemian theme. It is a cozy, yet trendy space, that feels very welcoming. 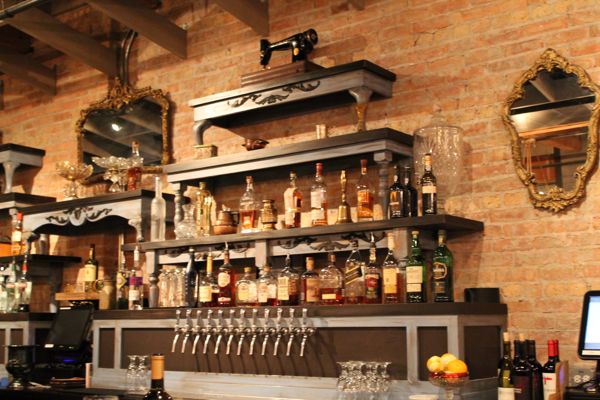 Bohemian House made its way onto my radar after my friend Lauren, of Lion & Maven, wrote about it and raved about the pierogies. Boho’s pierogies aren’t traditional pierogies- they don’t have potato. Instead, they have braised beef, roasted carrots, pickled shallots, and sour cream, and are served with the braising liquid. This was the stand out item that we tried at Boho, and something I can’t wait to have again. 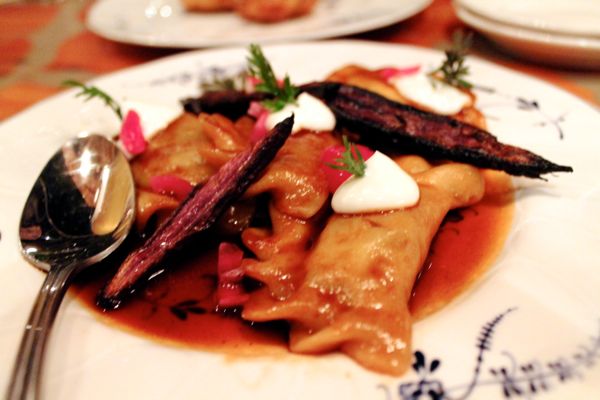 The second small plate that we tried was the potato pancakes which were seasoned with dill and served with cured salmon and thin slices of apple. I am learning to love seafood these days and I especially loved the cured salmon. The potato pancakes were crispy and pair well with, and weren’t overwhelmed by the toppings. 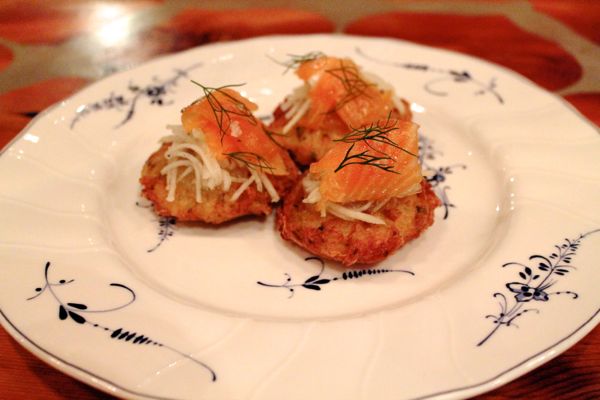 Then we moved on to the large plates. We tried the Grilled Chicken Paprikash which was served with pickled sweet pepper, braised kale, and Czech potato dumplings. The potato dumplings looked like boiled potatoes, but were very light, and they soaked up the sauce nicely. It was a very flavorful fall dish, and something very unique to Boho. 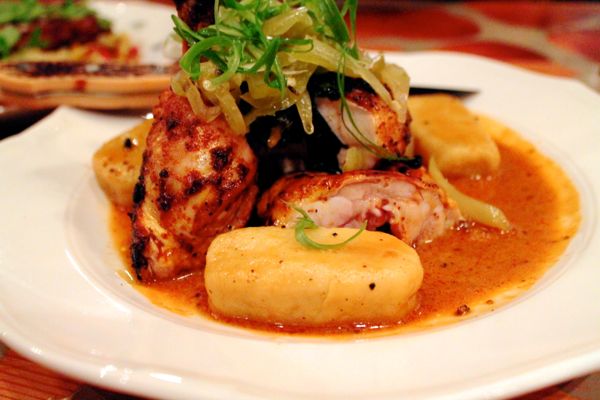 We also tried the Spatzel which was topped with pork belly. This was an updated take on a traditional German dish that includes pork belly, one of Chicago’s favorite foods. Pork belly sits on many Chicago menus, but not all restaurants prepare it well. Boho has mastered the preparation of pork belly, it was slightly crisp on the outside, but still fork tender. 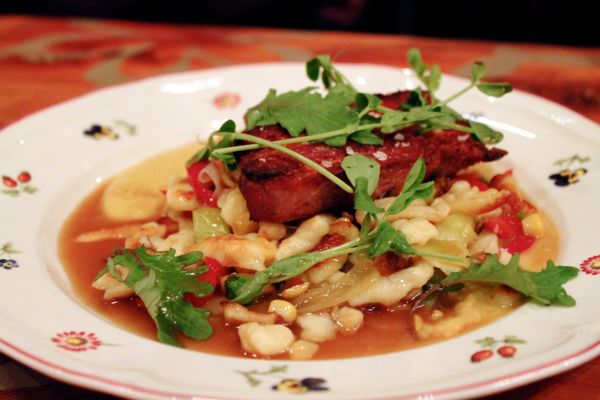 The first thing that my friend Soo said when she looked at the menu was, “We are getting the coffee and doughtnuts.” I didn’t argue. You know how I feel about doughnuts. The coffee came in the form of espresso gelato with hazelnut brittle, and the doughnuts were fresh and warm. Definitely a fitting end to a lovely meal. 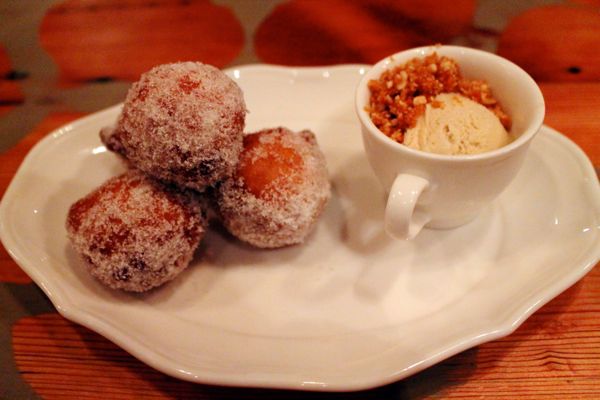 I am happy that Bohemian House is bringing something new and different to River North. This restaurant is an ideal location for a quiet date night or dinner with friends. It is a quieter calmer restaurant that is just off the bustling Hubbard Street. It isn’t as much of a place to see and be seen, it is a place to relax and enjoy a meal.

Bohemian House is located at 11 West Illinois, in Chicago’s Loop. They do accept reservations.