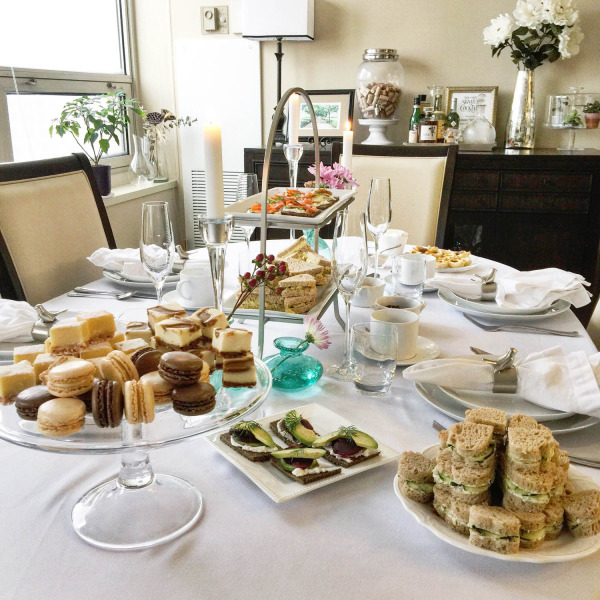 On Valentine’s Day my friend Laura invited us over for a traditional afternoon tea party, and it was the cutest thing ever, so I had to share it with you! 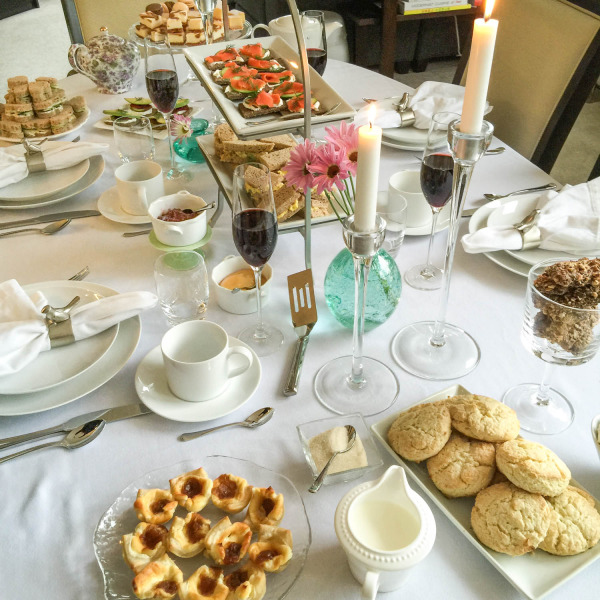 She assembled an incredible spread of sandwiches and sweets. 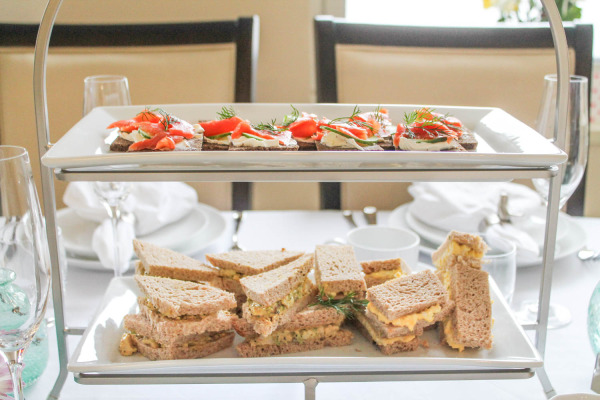 There were chicken curry sandwiches, egg salad, and open faced smoked salmon. It was basically everything that Charles says should be served at an English Tea. 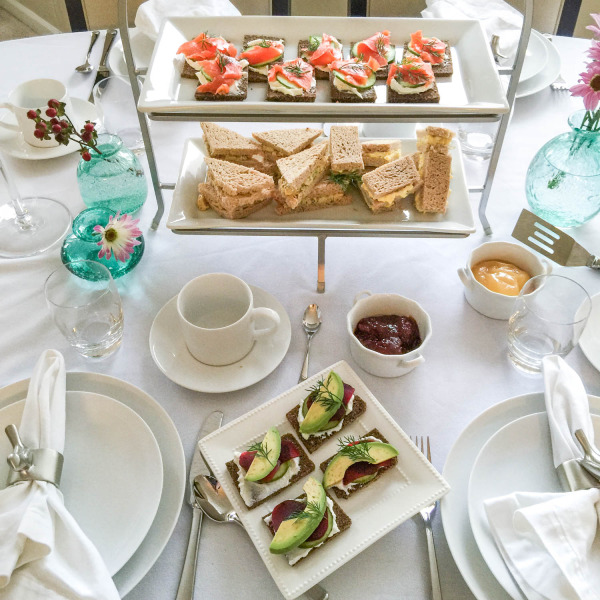 I loved the open faced avocado and beet with cream cheese and dill. Laura mentioned that she bought the roasted beets at Trader Joes, a big time saver. 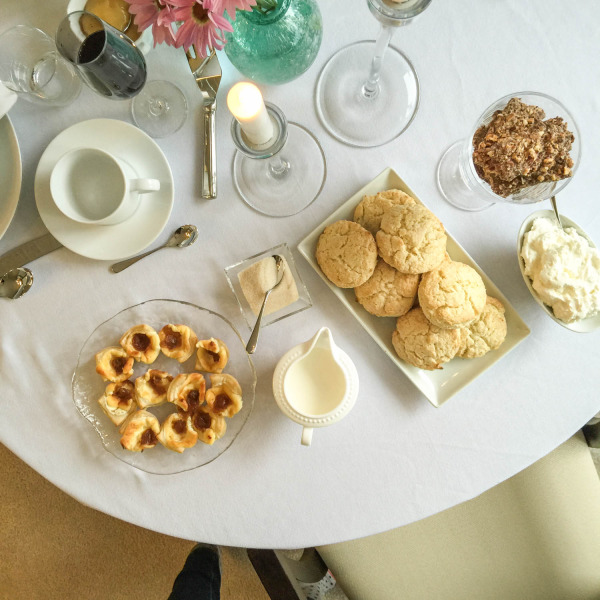 And Laura made the best scones we had ever tasted, served warm and fresh from the oven. She used this recipe, which she was able to whip up in just minutes once we arrived. She served the scones with a mix of whipped cream and mascarpone that was fantastic with a bit of jam (and better than clotted cream). 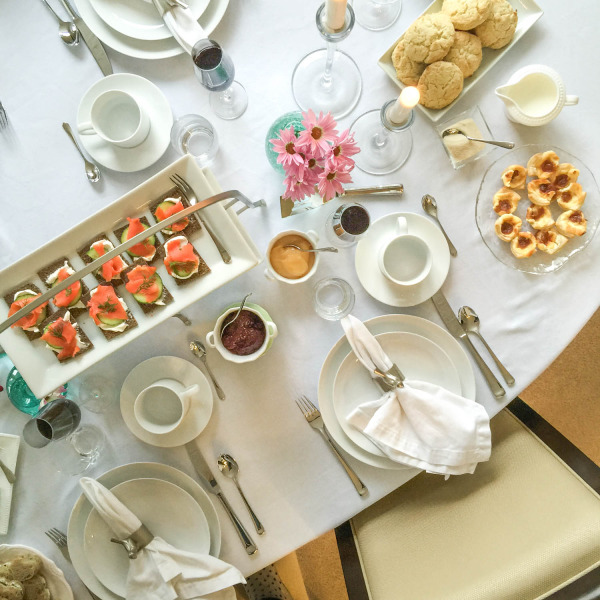 The fig and brie tartlets were wonderful too! Laura filled store-bought puff pastry with fig jam and brie and baked them. Apricot jam works well with brie too. 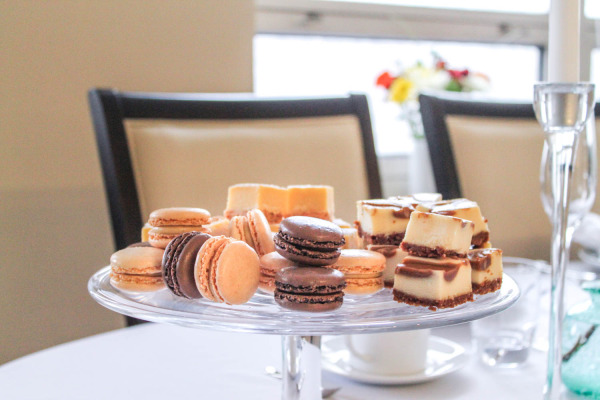 And for dessert we had macarrons and tiny square cheesecakes and lemon cakes. 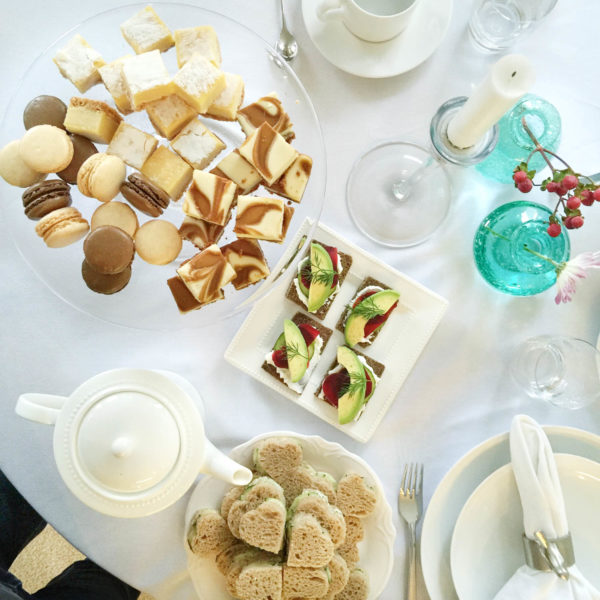 Charles was especially excited to honor his British roots with an afternoon tea and he insisted that we bring cucumber sandwiches. We did stray from tradition and used cream cheese instead of butter to make the sandwiches, since they just taste better with cream cheese and I care more about delicious food than tradition. And since it was Valentine’s Day, it only made since to use a cookie cutter to make the sandwiches heart shaped.