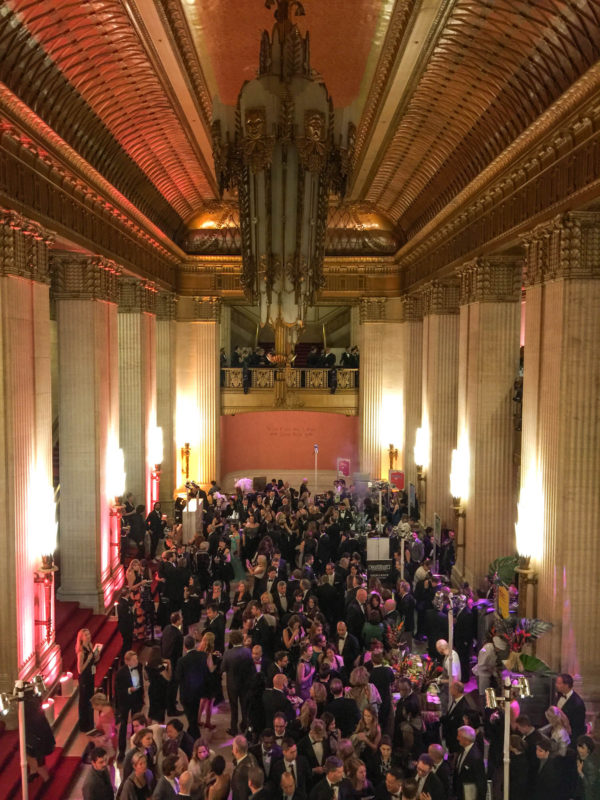 The James Beard Awards took place on Monday, bringing my favorite week of Chicago food events to a close. Fortunately, this year – unlike last year- the weekend of the awards didn’t fall on Derby Day, Cinco de Mayo, and the Rioja Wine Fest. While last year Chicago was the site of a frenzy of events, this year everything seemed smoother, easier, and more fun. 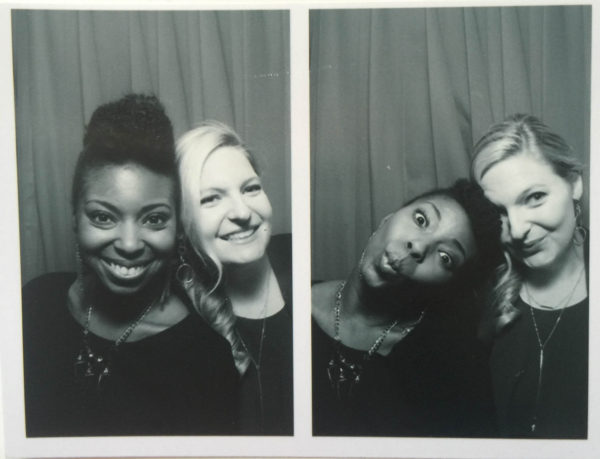 Here are some of my favorite moments from the weekend of JBFA events: 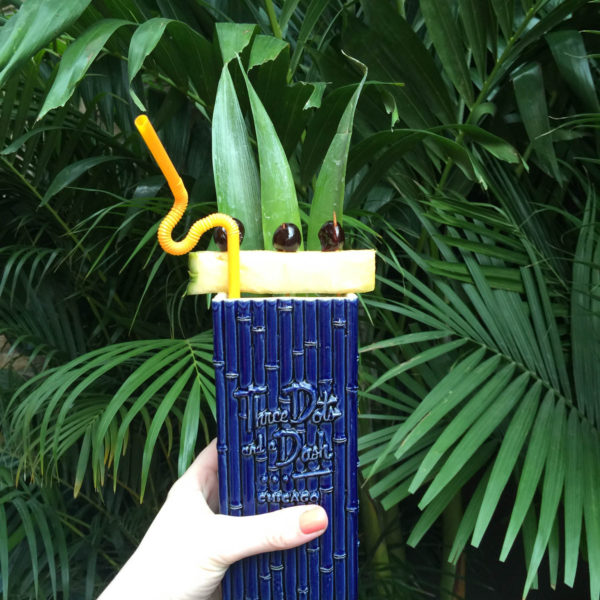 Three Dots and a Dash recently announced a new mixologist and a new menu. They got some custom tiki mugs too – the back of this mug shows a wall of skulls, just like the wall of skulls at the entrance to the restaurant. And don’t fear, the cocktails are just as memorable as they have always been. 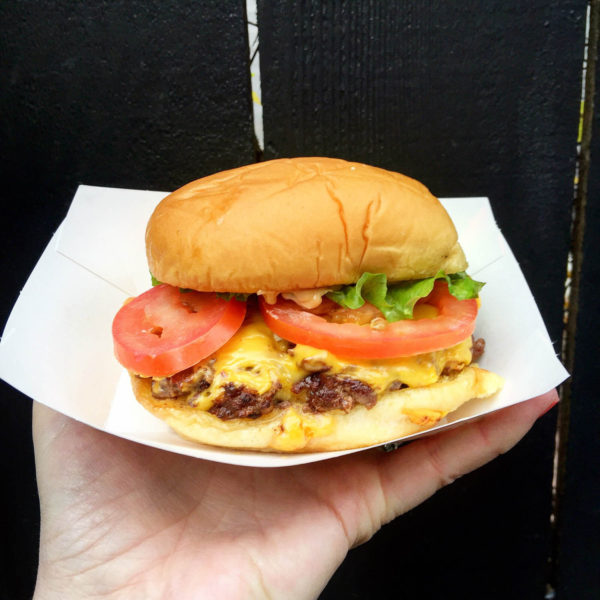 The somewhat unlikely trio of BOKA, Shake Shack, and Bang Bang Pie Shop collaborated on a party held in the backyard of BOKA. The menu included both classic Shack Burgers and a burger made in collaboration with BOKA’s Chef Lee Wolen.

I can’t put enough stress on how much fun the awards themselves were – the video above attempts to express it. Before we even found our way to our seats we met Rachel Ray, Sunny Anderson, and Marcus Samuelsson. We also complimented Curtis Stone’s wife, Lindsay Price, on her stunning dress.

Carla Hall proved to be a wonderful host for the awards show, with the ability to be warm and welcoming, light hearted, funny, and charismatic, she also held the power to keep the show moving. In 2015 things dragged a bit, and people were quite hungry by the time it ended, but his year things sped along, lasting almost exactly 3 hours. (Note to the JFBA team – bring Carla back next year.) 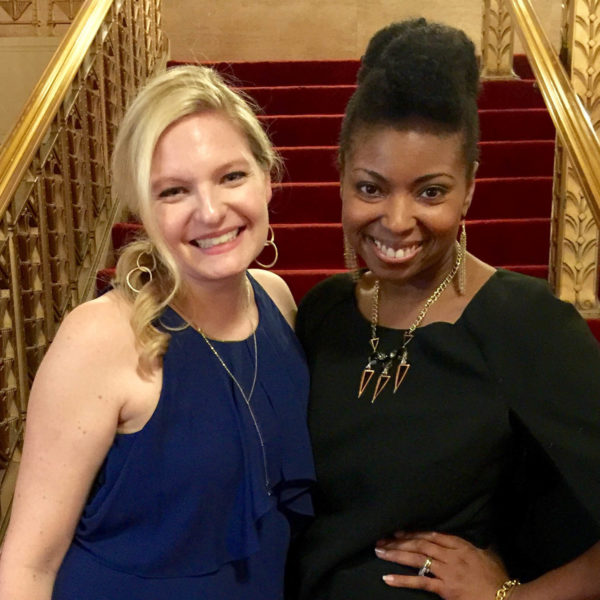 One reason why the awards were such a blast? I brought the most fun date ever, my friend Jocelyn of Grandbaby Cakes. We laughed, ate, and danced the night away (in that order). We made a few videos for snapchat too.

Once all the awards have been announced, the gala reception begins, and it is quite the feast. Over two dozen chefs, including many James Beard Award nominees and winners, present tastings for the eager and appreciative crowd. 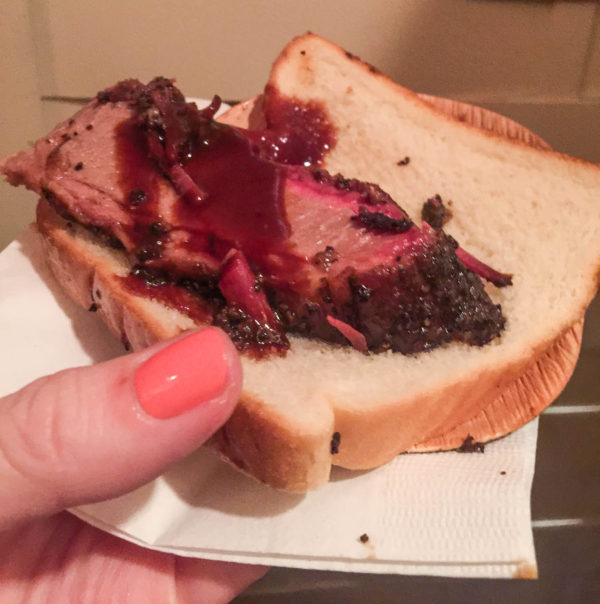 Jocelyn and I had one mission: to find Franklin Barbecue. The famed Austin barbecue restaurant is legendary for both its food and their long lines, and we wanted to take advantage of the opportunity to try it without waiting for hours under the Texas heat. While the line for Franklin Barbecue was the longest we saw – it moved, and it was 100% worth it. The brisket was unlike any other brisket I have tasted. Brisket can tend to get dry, but this was moist and tender, and it practically melted in my mouth. 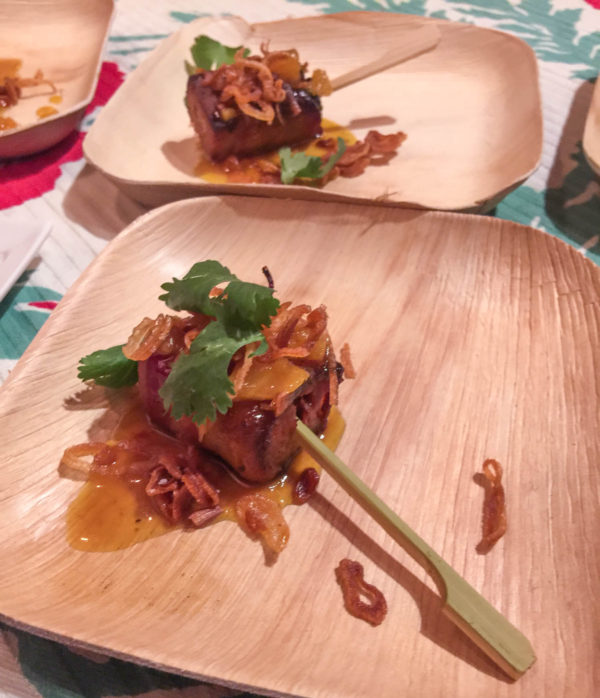 Another memorable bite was the pork meatloaf with caramelized pineapple gastrique prepared by Naomi Pomeroy of Beast. It slightly spicy pork inside, bacon on the outside, and a sweet pineapple gastrique on top. It managed to be both hearty and refreshing at the same time.

The theme of the awards was TV Dinner, and the chefs presenting at the gala each took inspiration for their food preparation from different television shows. While sometimes it was hard to make the connection between the tastings and the television show that provided inspiration, I was impressed by the playful, and spot on presentation by Michael Gilligan and John Suley – they had a conveyor belt made so that they could reenact the famous chocolates scene of I Love Lucy – except with froie gras macarons and milk chocolate bonbons with passion fruit ganache. It completely captured the spirit of the awards – serious cuisine but serious fun. You can see a clip of this in action in my video. 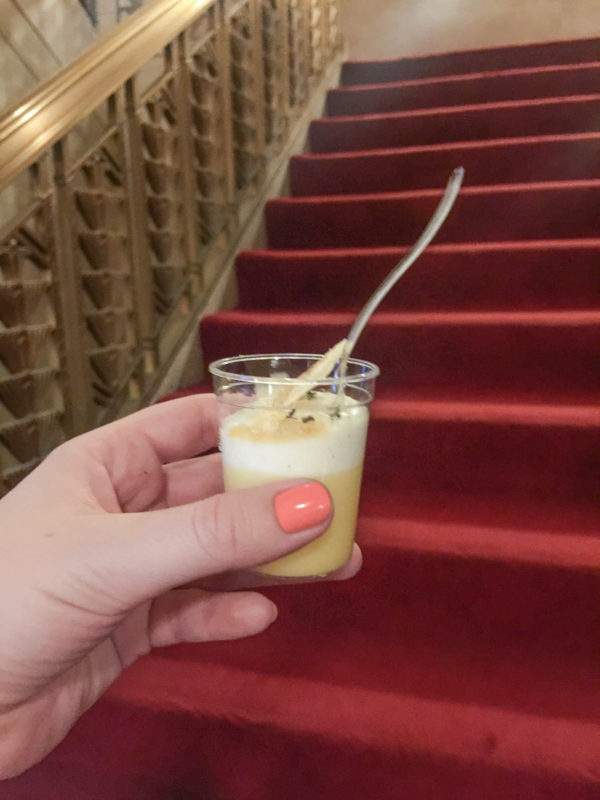 My favorite dessert was the Grapefruit Curd with Vanilla Chantilly Cream and Crispy Thyme Meringue by Diane Yang of Spoon & Stable. The vibrant citrus flavors were irresistable. 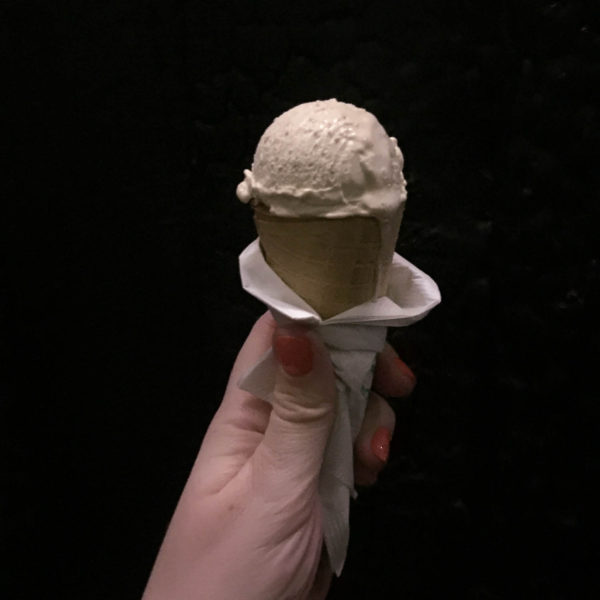 After the awards gala we made our way to Girl & the Goat for an after party hosted by Stephanie Izard, Lee Wolen, Jamie Bissonnette, Ken Oringer and Edward Lee. Guests were greeted by circus performers, carnival themed food (I absolutely loved the Salted Peanut gelato from Black Dog Gelato), and a deejay spinning a mix of Prince, Whitney Houston, and Michael Jackson that you couldn’t help but dance to. 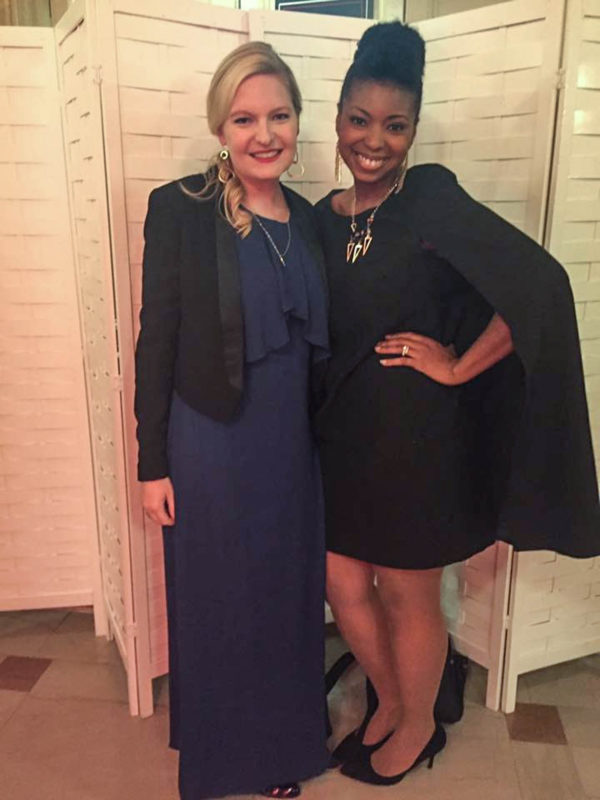 The James Beard Awards will be heading back to Chicago in 2017 – and word on the street is that after that they are going to relocate – so mark your calendar for the first Monday of May and make a point to go. It’s a foodie’s dreams come true. It is a top notch food festival and celebrity studded event all rolled into one. Also keep your eyes open for events that are open to the public – like the Three Dots and a Dash Luau.