Serbians love food. Every meal we had on the press trip with Serbia Tourism was a feast, with so many different salads, vegetables, and meats that our table would be completely covered in food. It was almost overwhelming at times. We struggled to pace ourselves and not get too full so that we could taste everything. At times it seemed like there was a never-ending series of plates leaving the kitchen and landing on our table. Today I am going to share my top 10 Serbian foods to try! 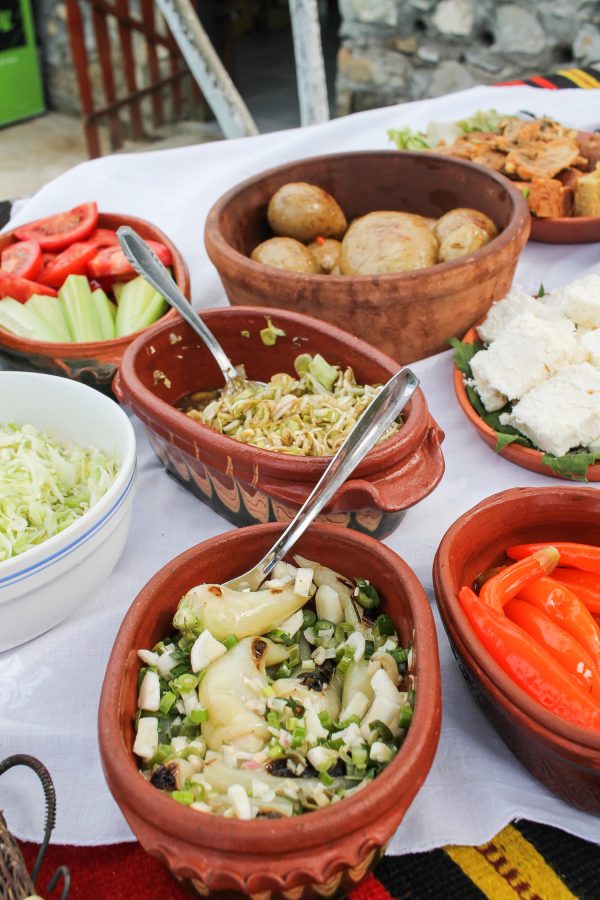 Since we spent time in Belgrade and then traveled around Eastern Serbia we got to try some more regional foods along with the dishes that the nation is known for. The diet is very hearty, consisting of vegetable salads, vegetable side dishes, fresh cheeses, and meats. Serbia was historically a poor country and the food reflects that. Meat used to only be eaten a couple times a week, and nothing goes to waste. Even today dishes made with lamb organs are popular. But the breadth of Serbian food leaves something for everyone. 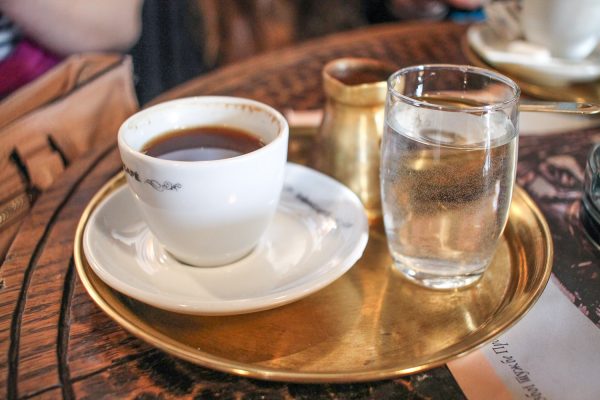 Turkish Coffee – Serbia was a part of the Ottoman Empire, and there is still a Turkish influence on the food and culture in Serbia. Turkish Coffee, also referred to as domestic coffee, is strong and thick and served with the grounds in the bottom of the cup. It comes served with a side of Turkish Delight – which is similar to a gummy. 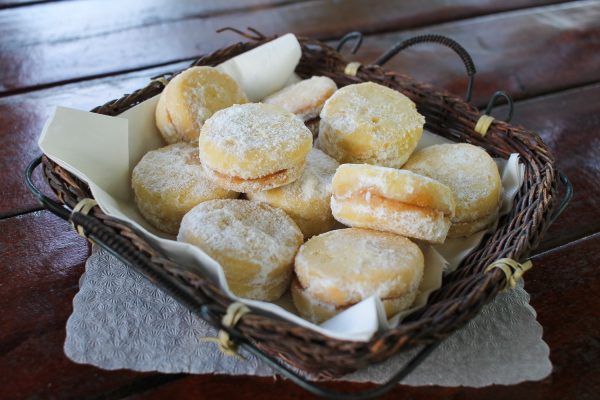 Vanilla Cakes – I loved these little cakes that were about the same size as a macaron. Two thick cookie-like cakes are used to make a little cake sandwich with a cream filling. 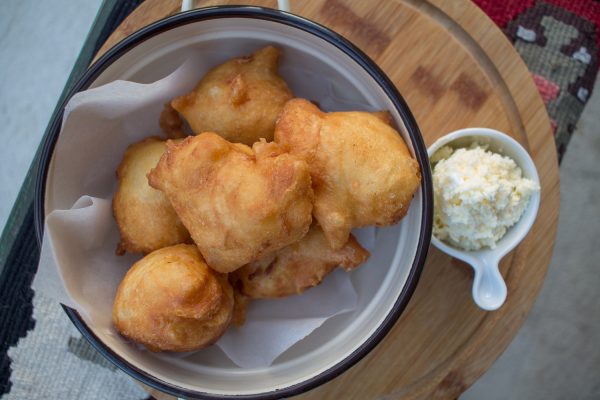 Kajmak (also spelled kaymak) – I had never heard of Serbian cheese before, but oh my goodness it is good! It is a cheese that tastes like a cross between ricotta, cream cheese, and goat cheese with a mild creamy flavor and consistency. I loved eating it slathered on warm fresh pita bread, and the dough fritters with kajmak that we found in Dubrovnik were so delightful we went to the restaurant twice! 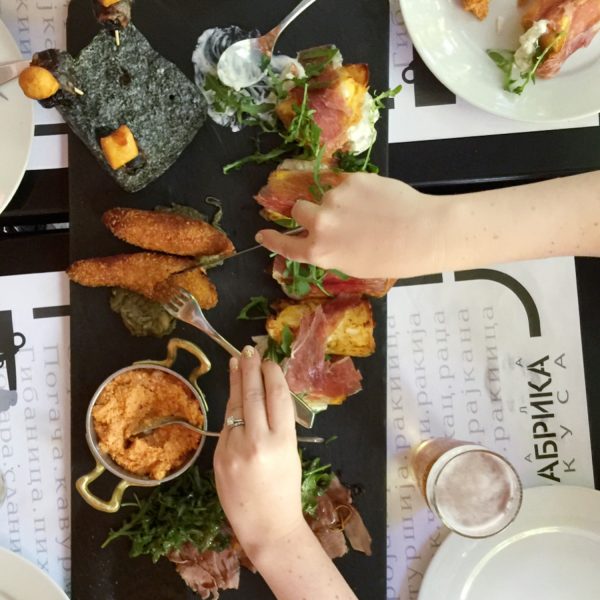 Stuffed Paprika Peppers – Americans tend to think of paprika as a spice, but it comes from a delicious pepper! Like most foods, it is amazing when stuffed with cheese, breaded, and deep fried. 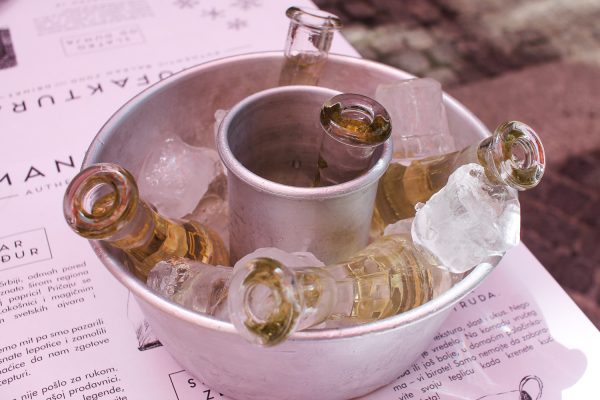 Rakija – This strong brandy is often flavored with plum, quince, or pear. All Serbs seem to make their own home brew. It is served as an aperitif at the start of a meal, and it is pretty strong. 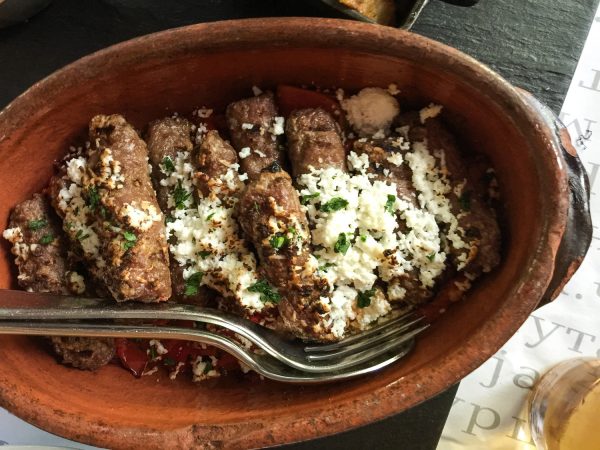 Ćevapi – These delicious little sausages are made with beef and hand rolled. They are often served with a pita-like flatbread, onions, a spicy sauce, and kajmak. 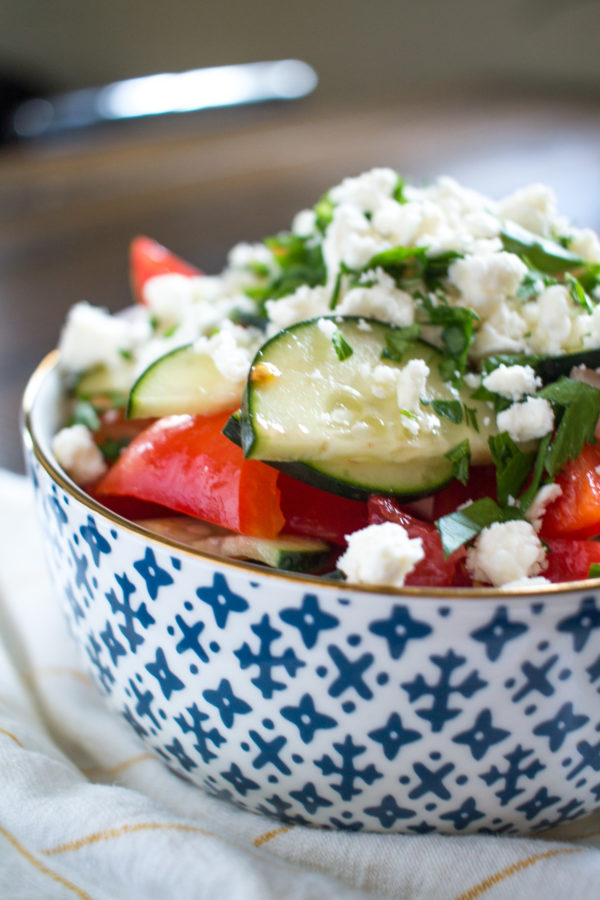 Shopska Salad – This is similar to a Greek Salad (both Greece and Serbia are on the Balkan Peninsula), and contains tomatoes, red bell peppers, cucumbers, onions, and feta cheese. Most Serbian foods are on the heavier side, so we loved this refreshing salad. Get my recipe here. 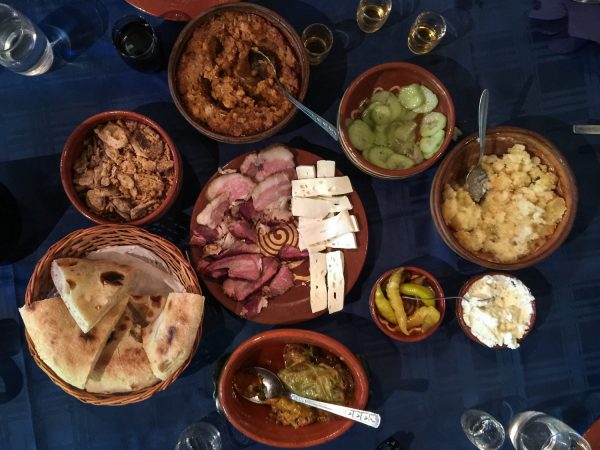 Belmuz – This was one of our favorite Serbian foods. It is made from corn meal and kajmak and it is absolutely amazing. Olivia described it as being super thick cheesy grits. The consistency was somewhat similar to mashed potatoes.

Prebranac – This is a bean dish that is seasoned with onions and spices and slowly cooked until the beans become a rich delicious mush. It’s one of those things that doesn’t look like much, but tasted amazing.

Stuffed Grape Leaves and Stuffed Cabbage – I am grouping these together because the meat and rice stuffing is very similar. I would never think to order this, but once I tried it, I couldn’t get enough. Meat used to be expensive and hard to get, so Serbians find ways to make the meat last. The stuffed grape leaves and stuffed cabbage are made with a little bit of meat and more rice to help make the meat last. I liked it because it was a lighter meal.

Bonus: Nettles (often called Stinging Nettles in the US) – Nettles were a popular food in Eastern Serbia. We had fried nettles and nettle soup. I think that nettles taste like a cross between kale and spinach, and I loved the soup.

I seriously loved the food in Serbia – and what I loved even more, were the messages that people sent me about Serbian food via Instagram throughout my trip! One thing I learned is that Chicago has a huge Serbian population, and we even have Serbian restaurants! One restaurant that was recommended is Beograd Cafe, it’s up on Irving Park Road and is a cafe/grocer.

If you want to read more about Serbia check out these blog posts: 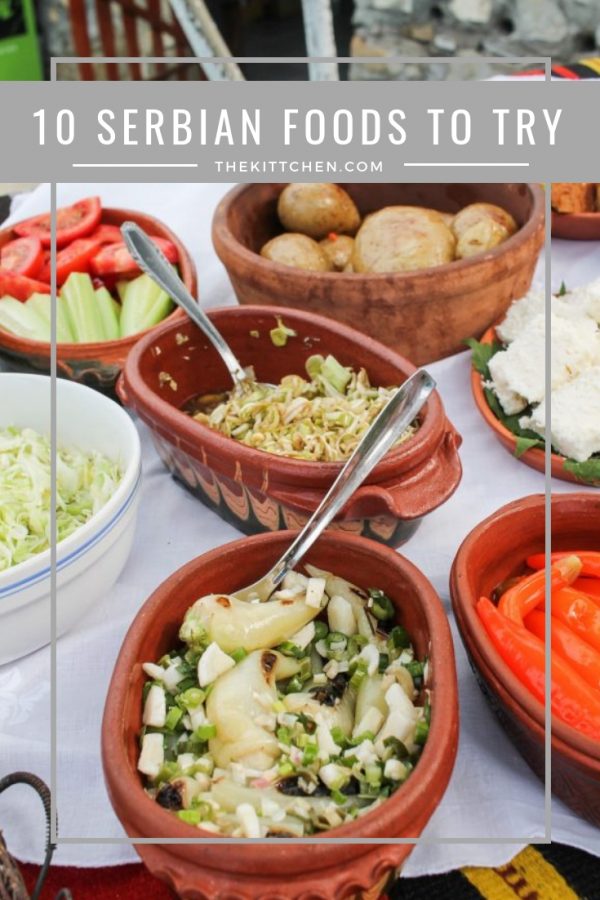