These are the Historical Sites in Eastern Serbia that you cannot miss. 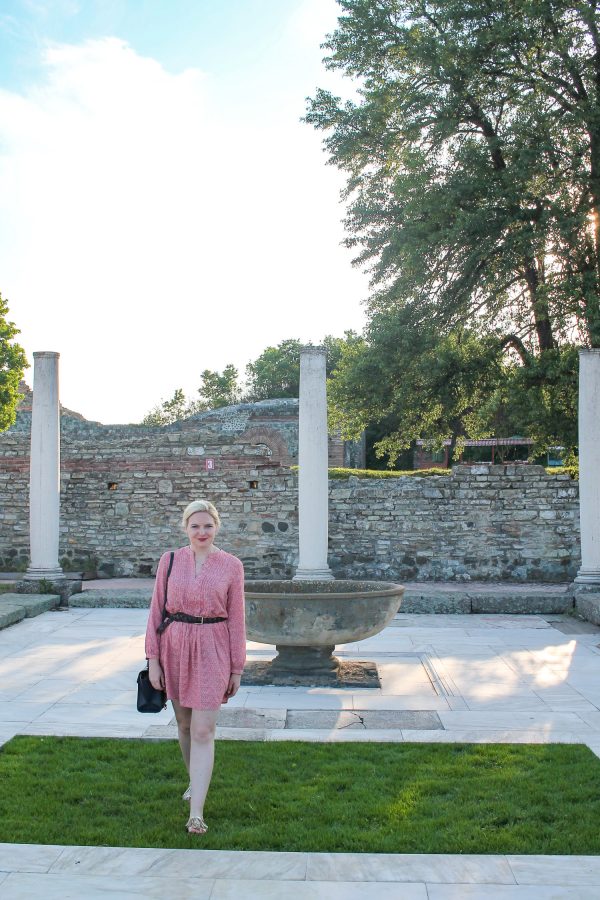 After two days in Belgrade, our group split in half and I headed to Eastern Serbia with Olivia and Rebecca. Eastern Serbia has plenty of historical sites to visit – including Roman ruins since Serbia was part of the Roman Empire for 600 years. Considering the fact I am a huge history geek – I studied art history and anthropology in college and took classes in archaeology – I loved exploring the historical sites in Eastern Serbia.

On the drive out to Eastern Serbia, we stopped to see one of the many sites of Roman Ruins at the Viminacium Archaeological Site. This is the site of Roman graves and baths. 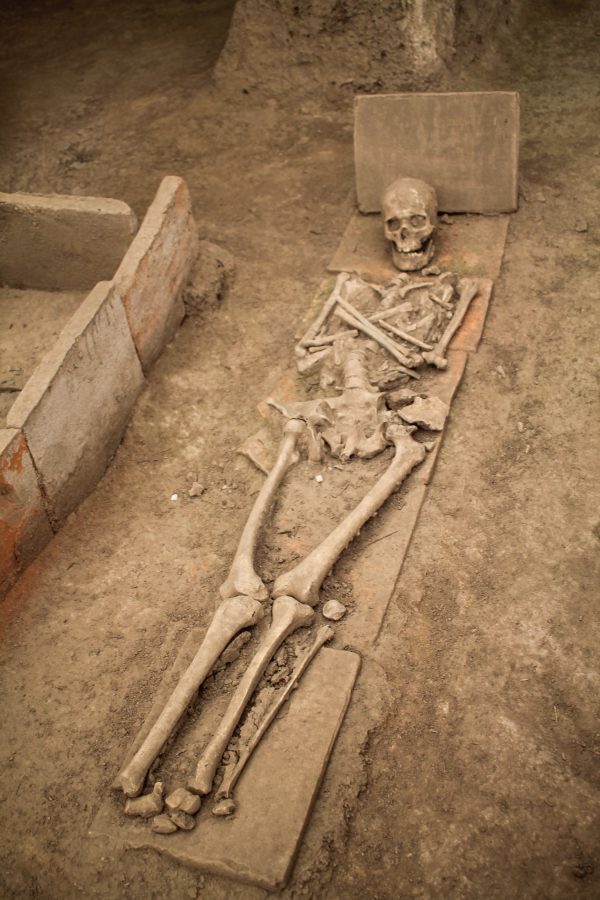 More than 13,500 tombs have been found at the archaeological site, many of them were found in the military camp from the 1st century. Some of the tombs are painted with frescos. 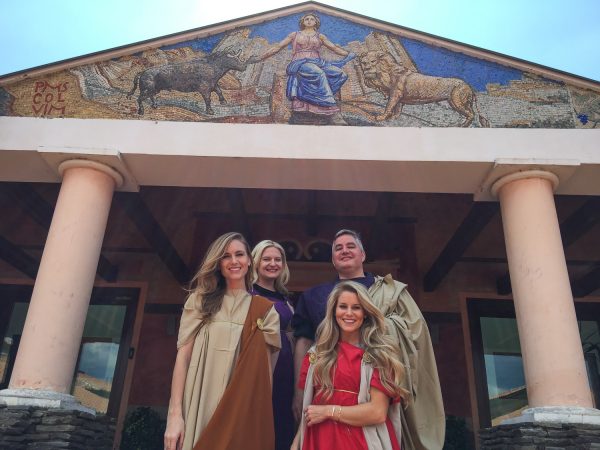 They also have built a recreation of a Roman Villa at the Viminacium Archaeological Site. I had never seen such a detailed replica of a historical building before – it was beautiful. They have costumes at the villa, so obviously, we dressed up in togas and took photos. 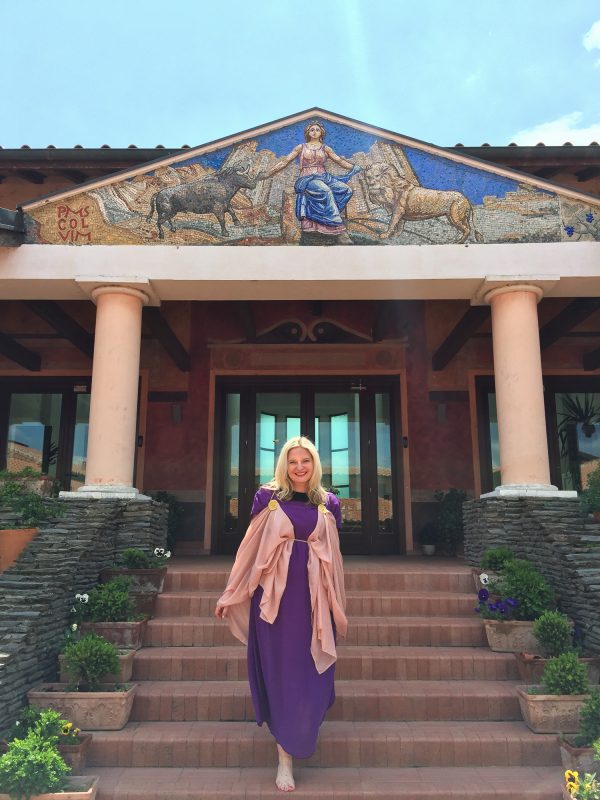 Yes, I took off my Adidas to be more historically accurate. 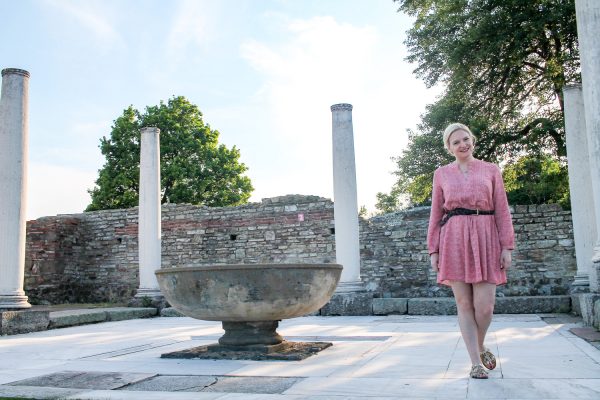 One theme of our time in Serbia was that Serbia was a site of some of the early civilizations. We also went to the Imperial Palace of Emperor Galerius, a UNESCO heritage site. 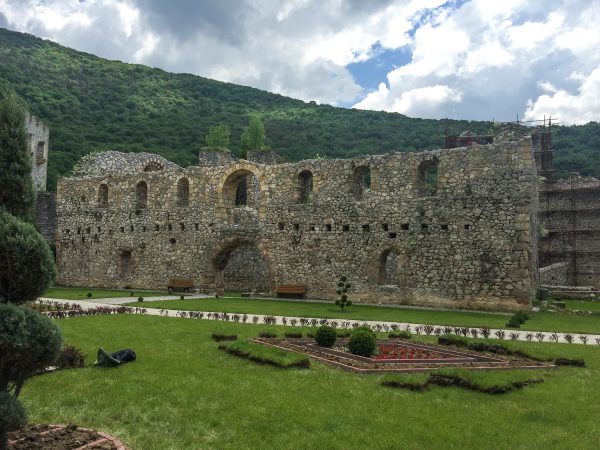 The palace was built between 297 and 311 AD, and had massive walls to protect from barbarian attacks. Today several columns from the palace still stand, as does a large amount of the wall that one surrounded the palace. The mosaics and other artifacts that were excavated from the site have been moved to a museum in Belgrade. 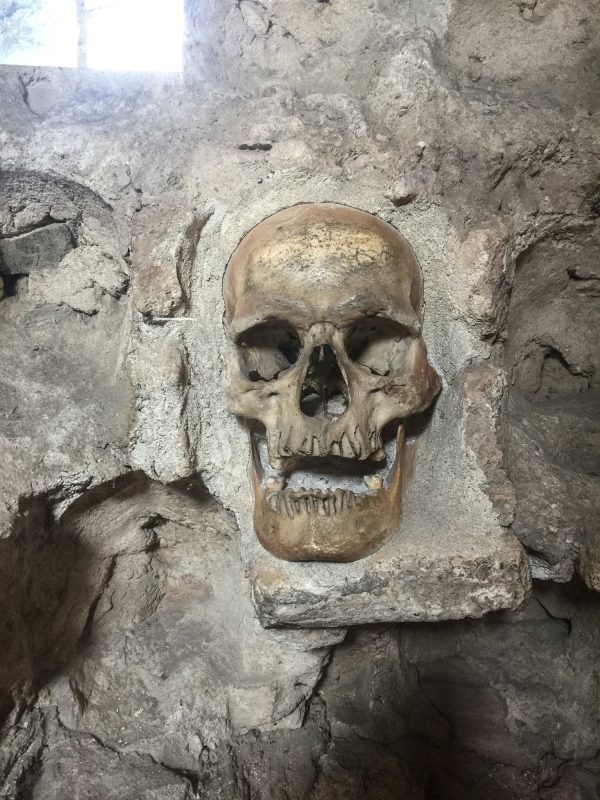 While in Nis, we made a stop at Skull Tower. Skull Tower is a tower that was constructed with human skulls. It was built after the Serbian uprising in 1804 as a reminder not to rebel against the Ottoman Empire (which Serbia was a part of at the time). The tower originally included 952 skulls, but many have since been given proper burials or were looted. 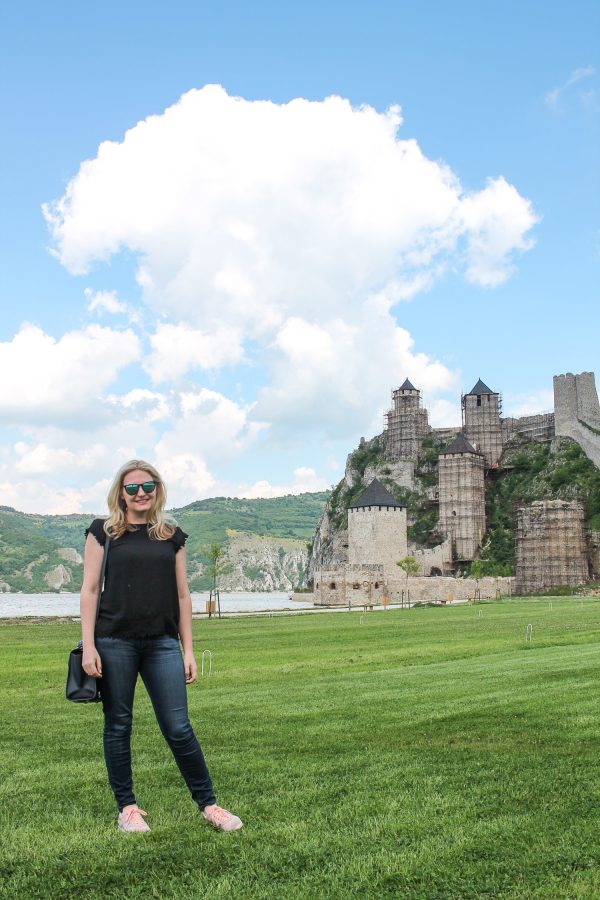 The Golubac Fortress is under restoration, but we made a quick stop to take a photo. The fortress has nine towers and sits beside the Danube. I would love to go back once it reopens. 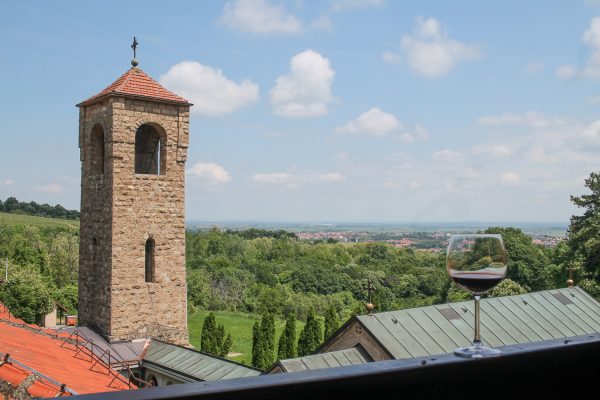 A highlight of our time in Eastern Serbia was a visit to Bukovo Monastery. This area of Serbia is known for producing wine. Serbia doesn’t export as much wine as Italy or France, so it isn’t as known globally, but the wine is excellent. 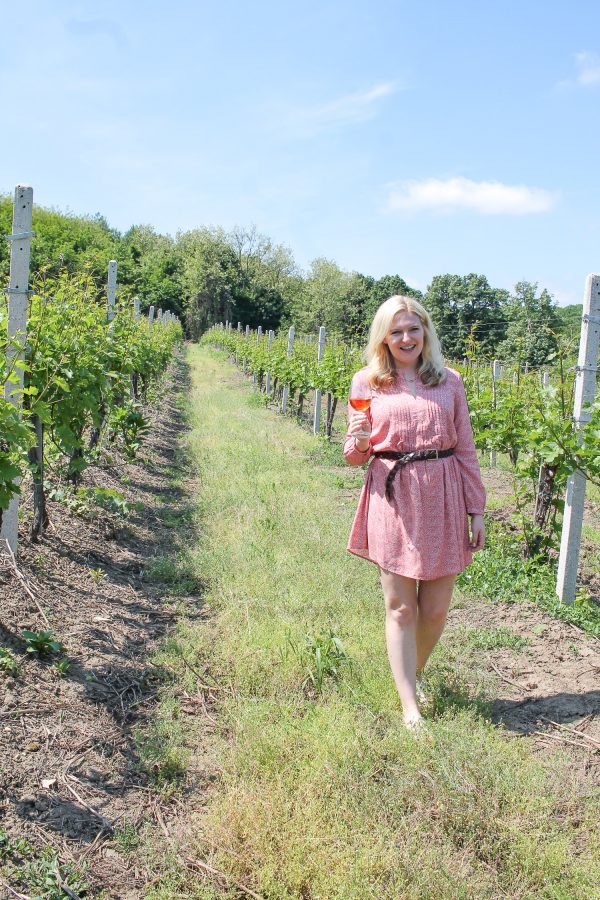 We tried Chardonnay, Rose, and a Cabernet Sauvignon. After the tasting, we got to tour the vineyards. 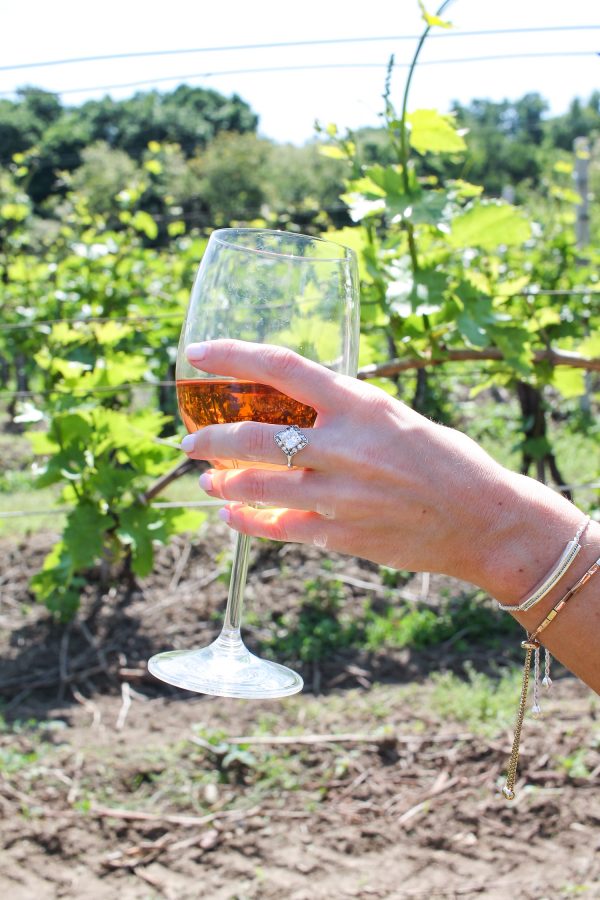 It was a perfect summer day, and sipping wine in the sun was just the thing to do. 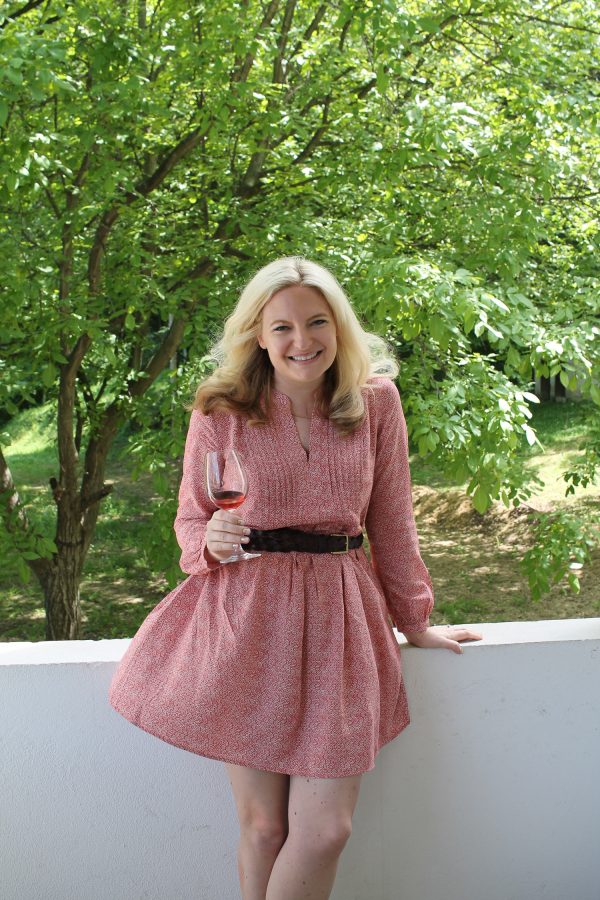 Before we left, I bought a bottle of the Cabernet Sauvignon. And I drank it before I even left Serbia. It was that good! 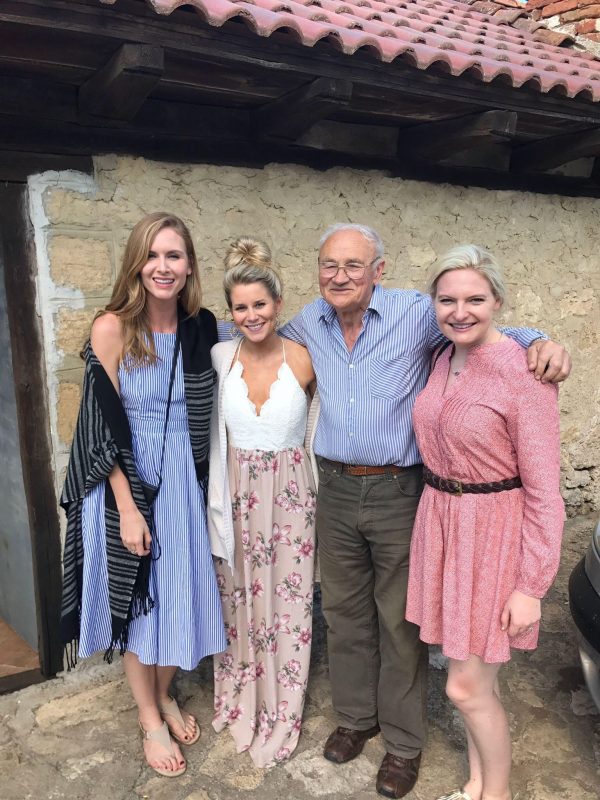 Next, we drove to Rajac Wine Cellars. A small village filled with wine cellars. The wine cellars are 200-year-old stone buildings, and the town has over 270 of them!  We had an incredible lunch at Rajacke Pimnice, one of the wine cellars that has been turned into a small hotel with 4 rooms. You can also arrange to have meals there and our lunch was one of the best meals of the week. After lunch, we walked to two nearby wine cellars to do wine tastings. Everyone was so friendly, and we genuinely loved the wine.

Exploring Eastern Serbia was such a treat. I loved how each day’s itinerary featured a mix of visits to historical sites and time spent in nature. I also felt like we only got a taste – I think I could have easily spent another week in Serbia.

If you want to learn more about Serbia, you can visit Serbia Tourism‘s website and read Olivia’s and Rebecca’s blog posts over on their site. They are two of the sweetest girls I have ever met and they were so kind about taking photos for me! Next week I will share one final post all about Serbian Food.

What to do in Belgrade

10 Foods to Try in Serbia

Where to Party in Belgrade