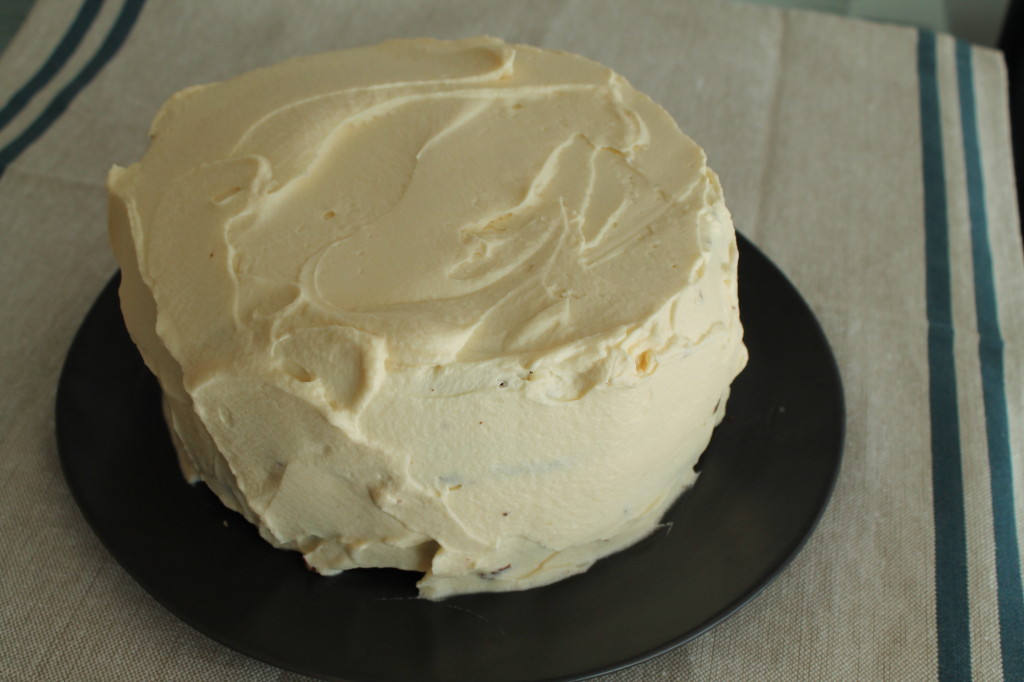 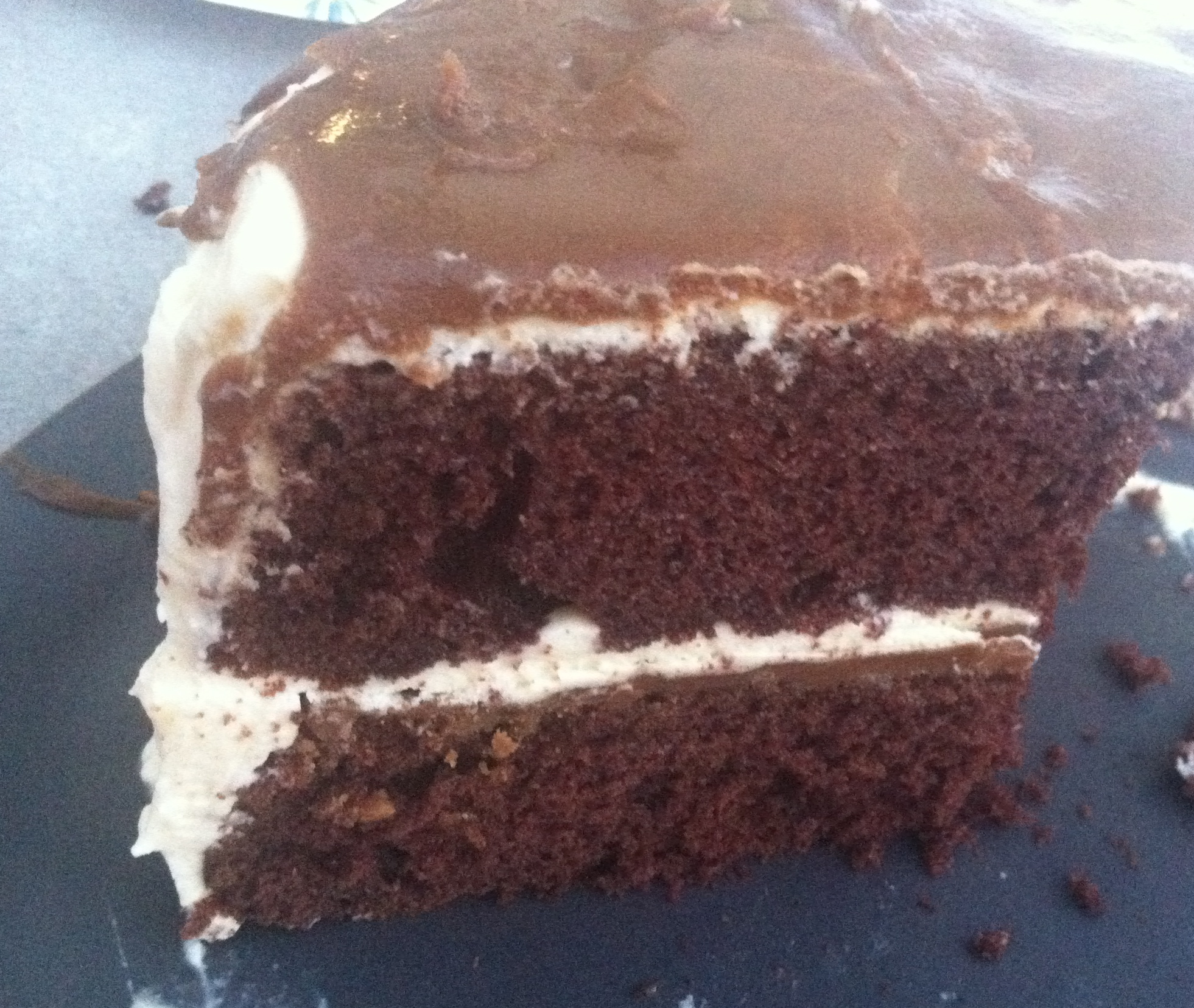 This is probably the best cake I have ever made. Everyone at the party was raving about it, and I don’t think that they were doing it just to be nice. One guy even admitted to eating 3 pieces. I made this cake for my friend Adrian’s birthday because he loves whiskey. Although I am not a whiskey drinker, I love it in frosting with chocolate cake. I decided to make a whiskey caramel and put it between the layers of cake and on top of the cake. I used a caramel sauce with a bit of cream specifically so that the caramel would remain somewhat soft and not get hard. Both the frosting and the caramel have a distinct whiskey flavor, which is mellowed out by the chocolate cake. The balance is just right, the whiskey is there but it isn’t too strong.

The caramel was phenomenal. I loved it. It would be great on ice cream or however you want to serve it. I was bringing the cake to serve at a rooftop barbecue, so I kept things simple and had the cake frosted and assembled. But, if you wanted, you could frost a cake with just the whiskey whipped cream frosting and then drizzle warm caramel over the slices of cake before you serve them.

I am going to be 100% honest. Sometimes I make cake from scratch, and sometimes I use a cake mix. If you want to make a classic moist chocolate or vanilla cake, just do yourself a favor and go with the mix. In my opinion, it is the frosting that makes the cake special anyway, and I always make that from scratch. 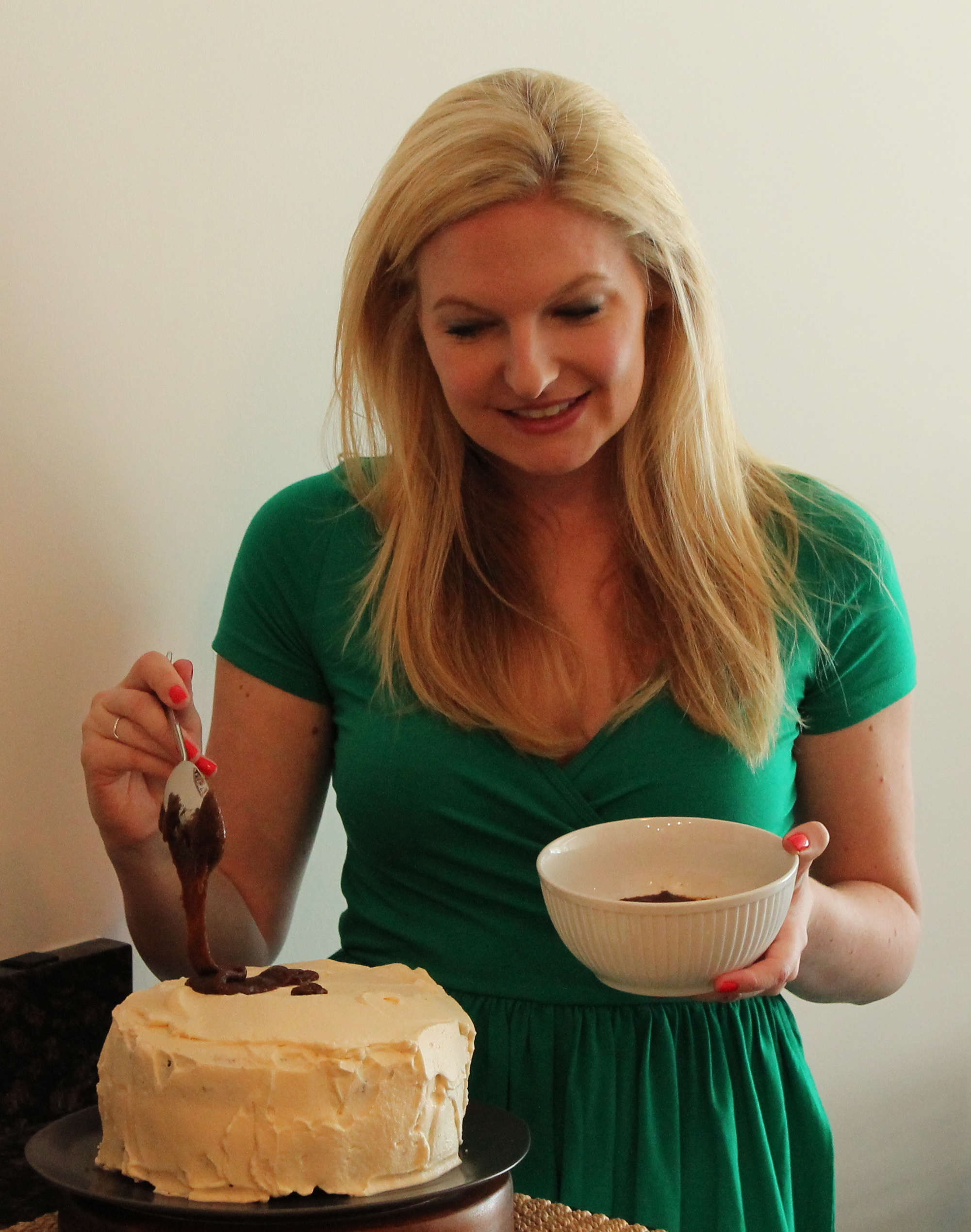 The frosting recipes and assembly directions are below. You will also need 2 layers of chocolate cake.

Whisk all ingredients together in a nonstick pan over medium heat. Let simmer and bubble for 7 minutes, stirring frequently, until the caramel thickens. Cool until just warm.

Combine the whipping cream and vanilla in a mixer. Whip on medium speed until the whipped cream thickens, about 2-3 minutes. Then add the whiskey and 1/2 cup powdered sugar, beat until combined. Continue adding 1/2 cup of powered sugar and beating together until 1 1/2 cups has been added. The frosting should be thick but still soft. 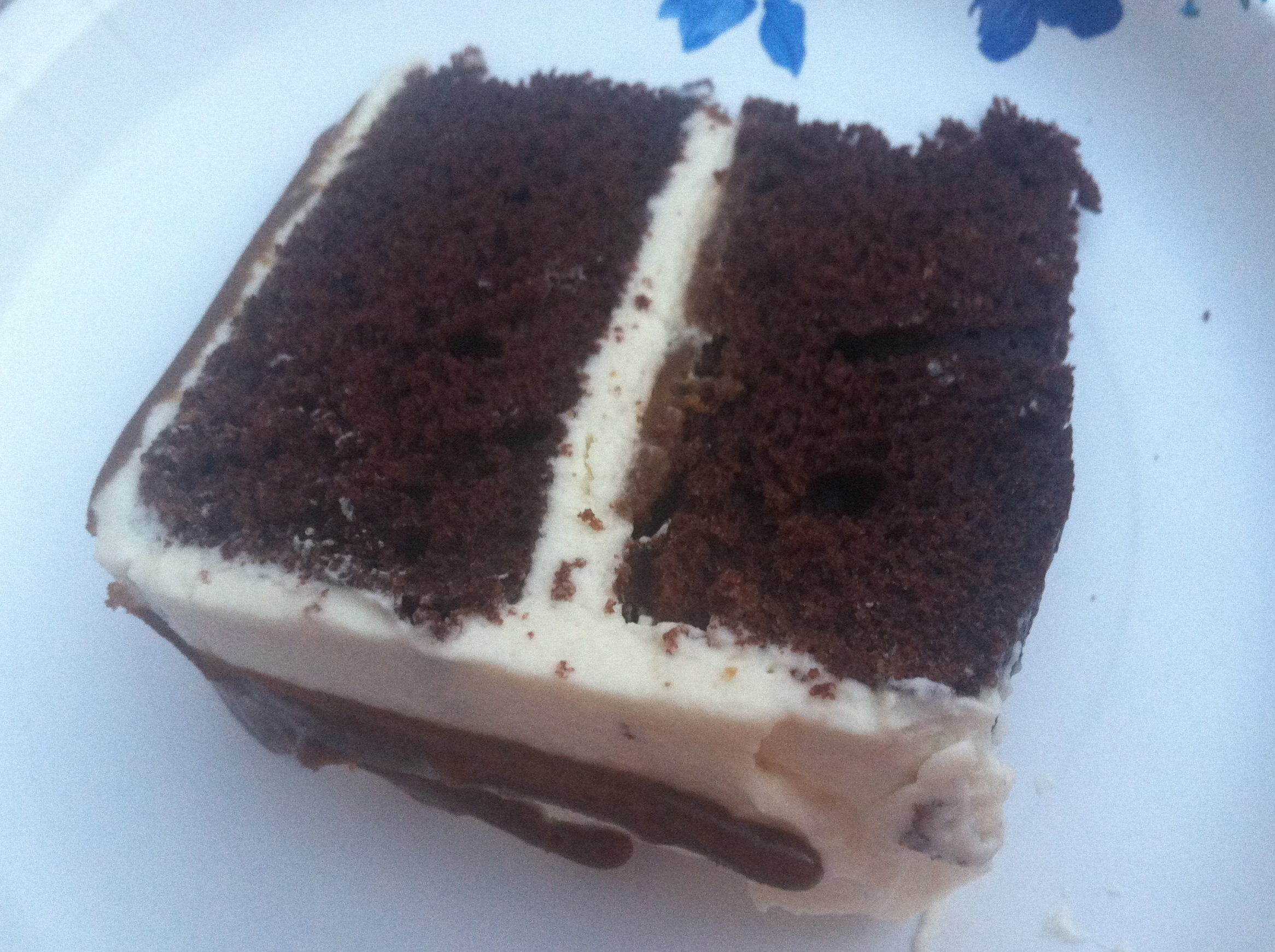 1. Usually as a cake bakes, it the center rises leaving the cake layers a bit dome shaped. Use a big serrated knife to slice the dome off the cake. Cake scraps are excellent snacks. Place the first layer of cake on a plate and top with the whiskey caramel. It is best if the caramel is a little warm since it is easier to spread. Then you need to let the warm caramel you just topped the cake with cool completely. This is very important because otherwise the warm caramel will melt the whipped whiskey frosting. I put my cake in the fridge for 10 minutes.

2. Spread the whiskey whipped cream frosting over the caramel and on the sides of the cake.

3. Place the second layer of cake on top of the first. Spread more of the whiskey whipped cream frosting over the top and sides of the cake.