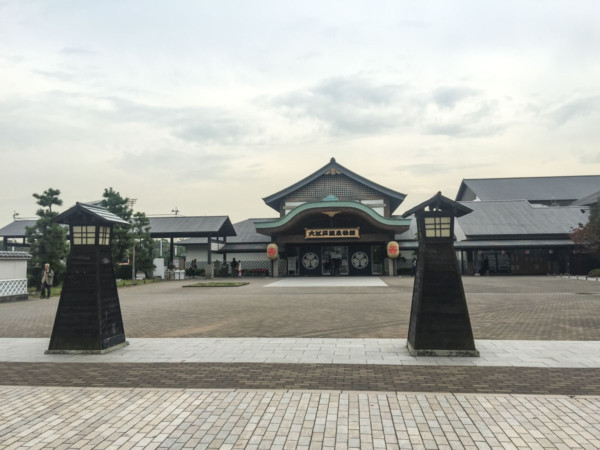 One of the things that Charles really wanted to do in Tokyo was to visit a traditional Japanese bath house. If you watch the show Girls, the Tokyo episode (which is a treat even if you don’t watch the show) featured a scene at a bath house. Before I go any further, there are two things you need to know, yes, you get completely naked to visit the bath house pools, and secondly, tattoos are strictly forbidden.

We spent a day at Odaiba Oedo-Onsen-Monogatari. It’s in a random part of the city, but it’s walkable from the train. Even though our time in Tokyo was only a few days, I was happy that we spent the better part of one of our days at the bath house. 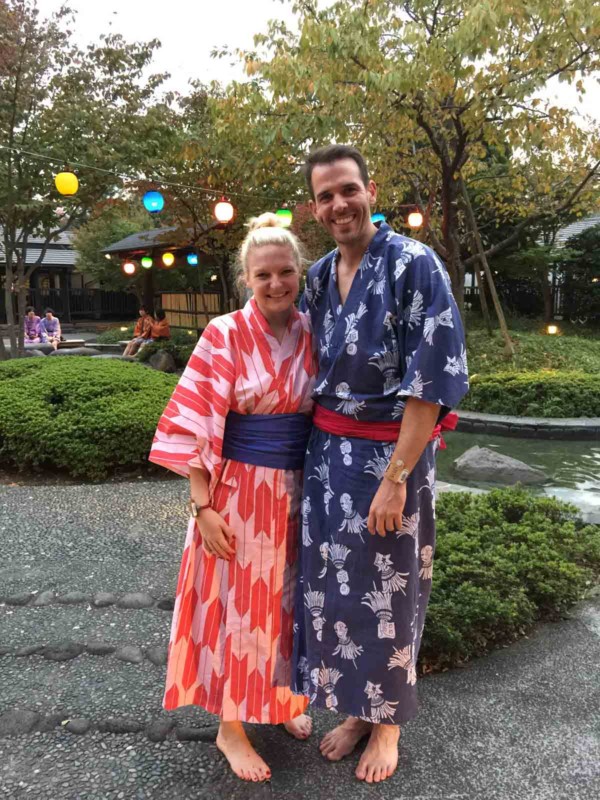 Upon arriving, we were given bracelets that would track our spending at the bath house and then we picked out robes to change into.

One thing that surprised me was that there is so much do to there! In addition to the baths, there are foot baths, tv rooms, nap rooms, restaurants, games, an arcade, salt saunas, and more. 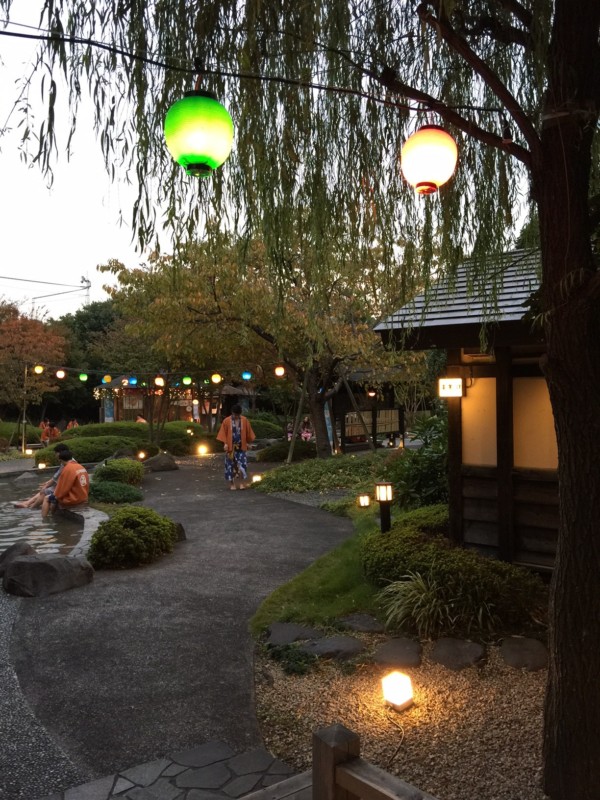 We went to the foot bath first, it was in an outdoor area with a shallow pool filled with reflexology rocks. The water was warm and it was a nice relaxing setting.

Then we signed up for a timeslot at the salt sauna, and I got a mini massage. Some of the treatments at the bath house required additional payment and a reservation, while others are included in the entry fee. The salt sauna involved laying down on chunks of pink salt in a sauna for 30 minutes, and the massage was a traditional massage. 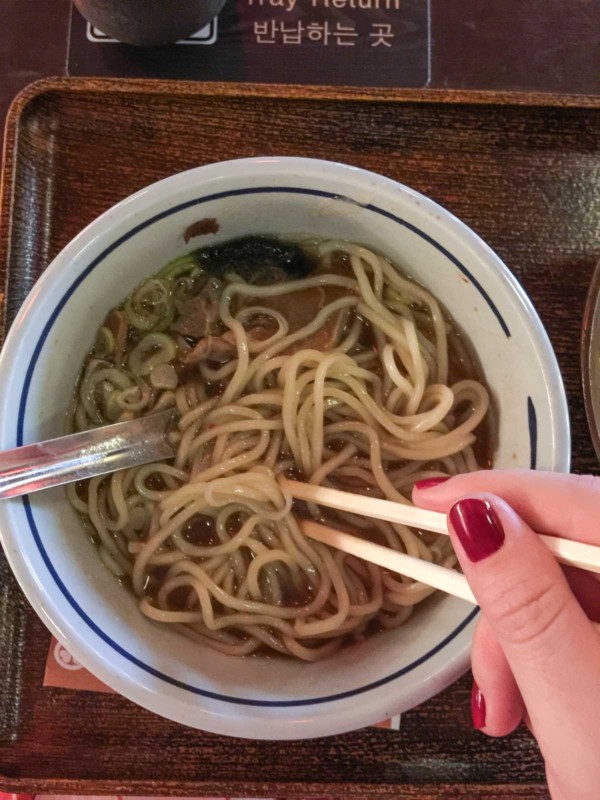 The bath area is the only part of the bath house that is not co-ed, so we grabbed lunch together before heading our separate ways. I got udon noodles, while Charles had sushi, and the food was really great.

Then we separately went into the men’s and women’s baths. There is a changing area where you strip down, and then you grab a towel and go into the baths. There were several pools at different temperatures, including cold baths. My favorite part was the small wooden tubs that were filled with hot water and placed outside. I couldn’t take photos of this area for obvious reasons.

We spent about 4 hours at the bath house, and we were pleasantly surprised by the reasonable price when we went to check out. Our total was only $117 for both of us, and that included all of the treatments we did, the admission fee, plus lunch. It was definitely more affordable than Blue Lagoon in Iceland.

The experience pushed me out of my comfort zone a bit, but I was glad that we went. Plus, who can resist a day of relaxation before spending time with their in-laws?