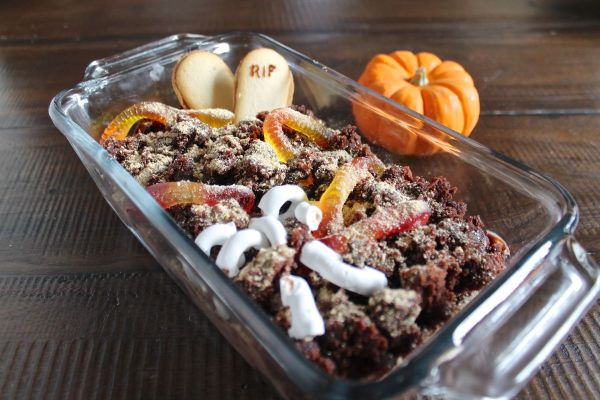 I wanted to share an easy and spooky Halloween treat with you, and after much internal debate, I decided to make a spooky dirt cake with bones, worms, and graves. The great thing about this recipe is that it is made with store-bought mixes – it’s a no fail recipe, and a fun dessert for kids to help with. The “dirt” is made from crumbled up brownies, chocolate pudding, and graham cracker crumbs. The “bones” are yogurt covered pretzels, the “worms” are gummy worms, and the “graves” are milano cookies. You can make this dirt cake in one pan, like I did, or you can use small clear cups to prepare individual servings – this would be perfect for a Halloween party. 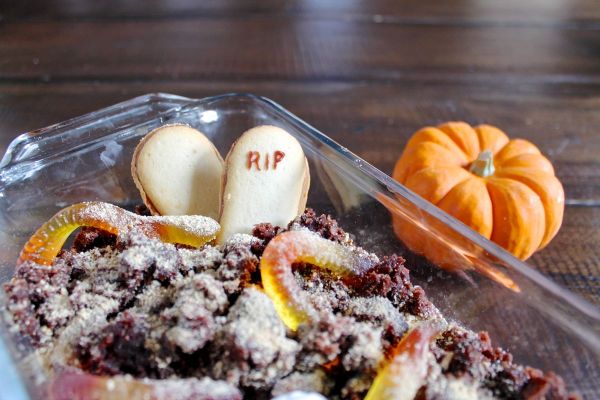 I made this spooky dirt cake one night when my friend Maya was visiting. I wasn’t planning to make dirt cake with Maya, but when she saw all the ingredients on the counter she asked what I was making and she excitedly announced that dirt cake is her favorite. So we added dirt cake preparation to our busy itinerary of eating dinner, drinking wine, and watching The Mindy Project. When Charles arrived at home we told him that we were making dirt cake, and he was confused. Apparently dirt cake is an American creation. Once he realized that gummy worms were involved, he got excited. 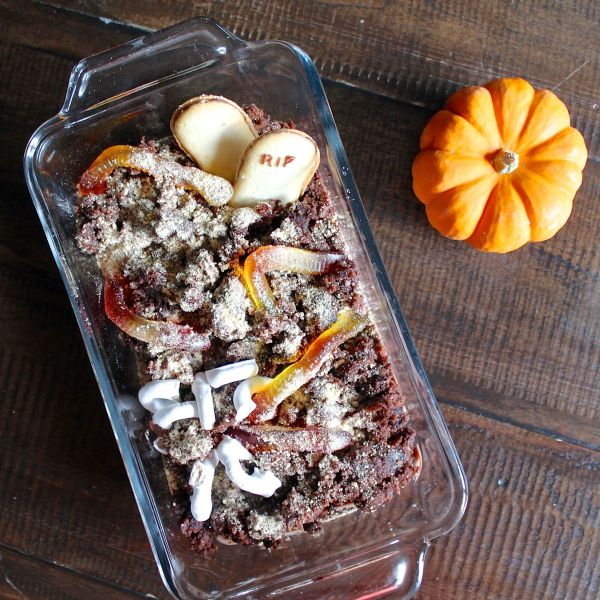 If you want to take some shortcuts with this recipe you can buy brownies from the bakery at the grocery store, and you could buy pudding cups instead of pudding mix.