Learn how to make scallion pancakes – these crispy savory pancakes are a delicious appetizer. 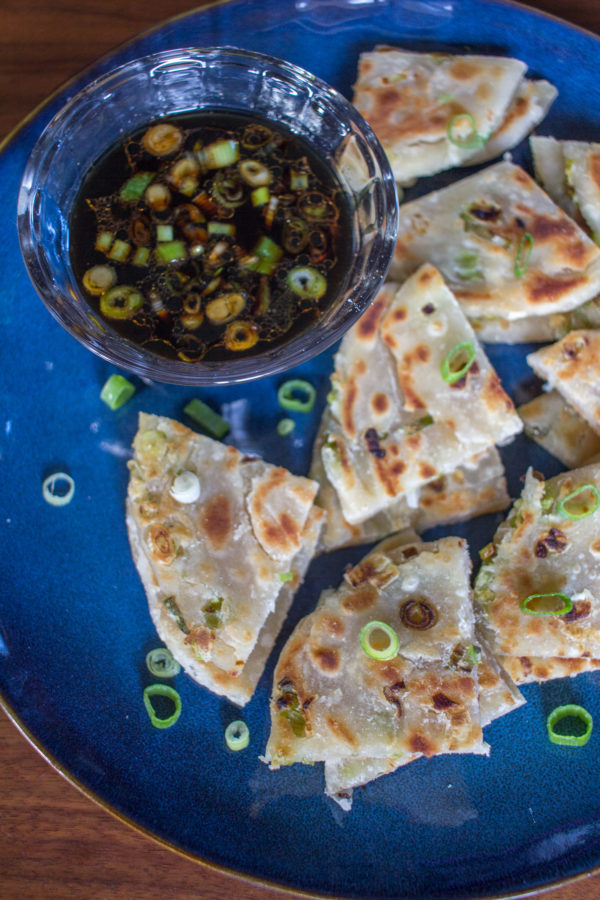 Scallion Pancakes have a cult following. There are people, like me, who love them and search them out at restaurants, unable to resist their crisp texture on the outside, doughy middle, light savory flavor, and sweet and salty dipping sauce. Then there are those who are blissfully unaware of what they are missing. I discovered scallion pancakes when I lived in New York City, where they commonly appear on menus at Asian restaurants. They are far less popular in Chicago, and none of the restaurants in my delivery area serve them. Obviously, I had to learn how to make them at home. 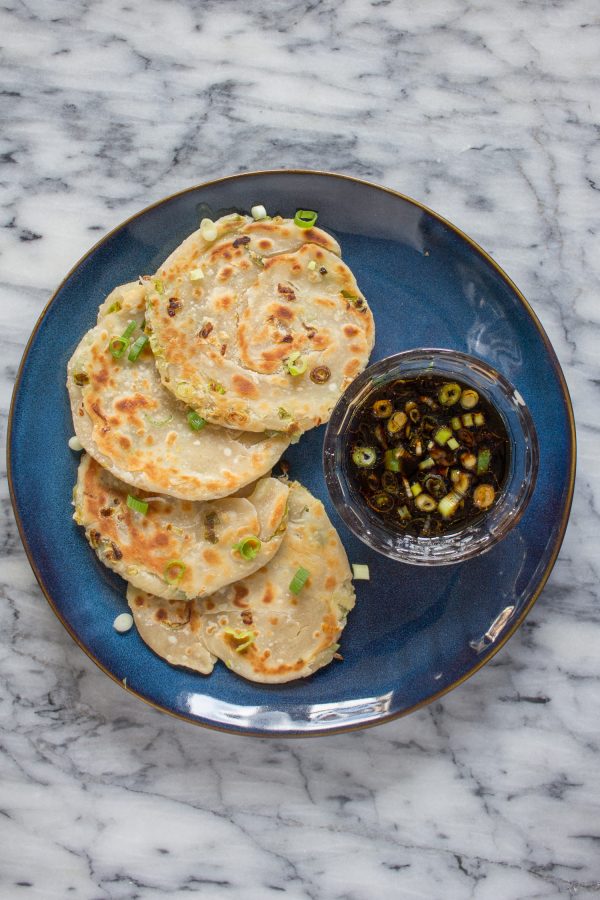 My recipe for Scallion Pancakes is adapted from Bon Appetit. Their recipe is hard to follow and part of it doesn’t work. I have updated the recipe, created a new and better dipping sauce recipe, and taken photos showing the step by step process of making scallion pancakes. 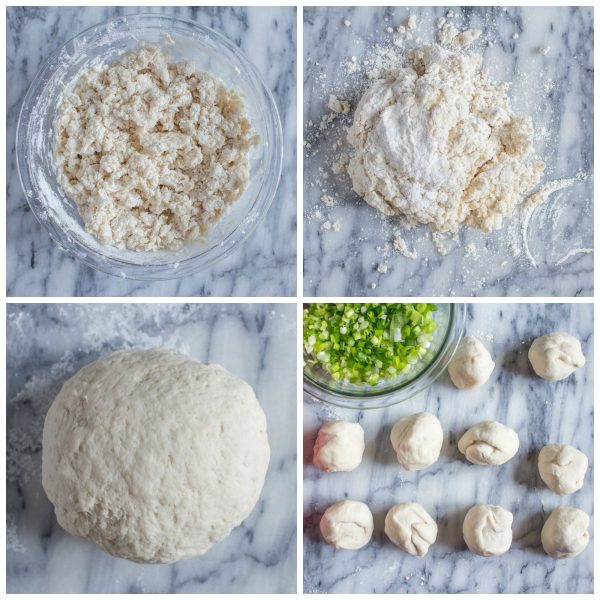 The process of making scallion pancakes takes a couple of hours, mostly because the dough needs to rest for an hour. There are a bunch of steps, but each one is easy, and I think that people with pretty basic cooking skills could make this recipe with success. 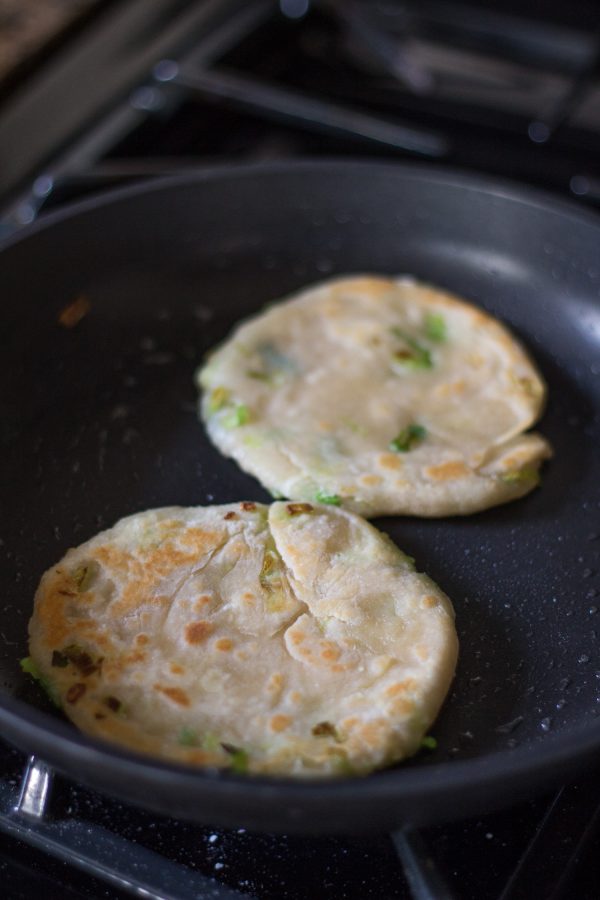 There are two ways to roll out scallion pancakes. There is the traditional way, or you can make them extra thin and then use them as tacos. Yes, this is just as delightful as it sounds. On Friday, I will be sharing a recipe for Ginger Beef Scallion Pancakes, and I will teach you how to make the super thin scallion pancakes. 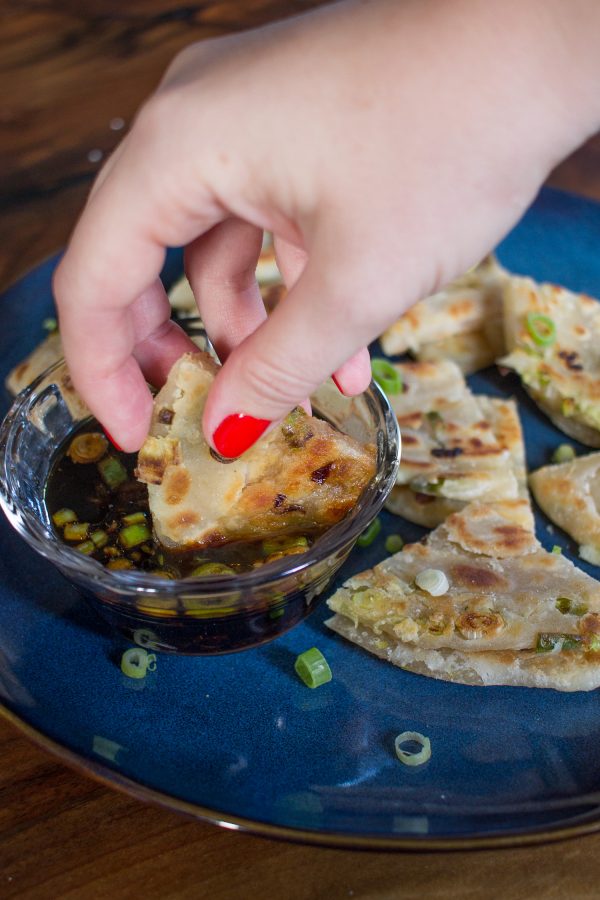 Oh, and if you are in Chicago and want to try scallion pancakes at a restaurant, both Ping Pong in Lakeview and Duck Duck Goat in West Loop serve them.

How to Make Scallion Pancakes

Want to save this recipe for How to Make Scallion Pancakes for later? Here is an image for you to pin: