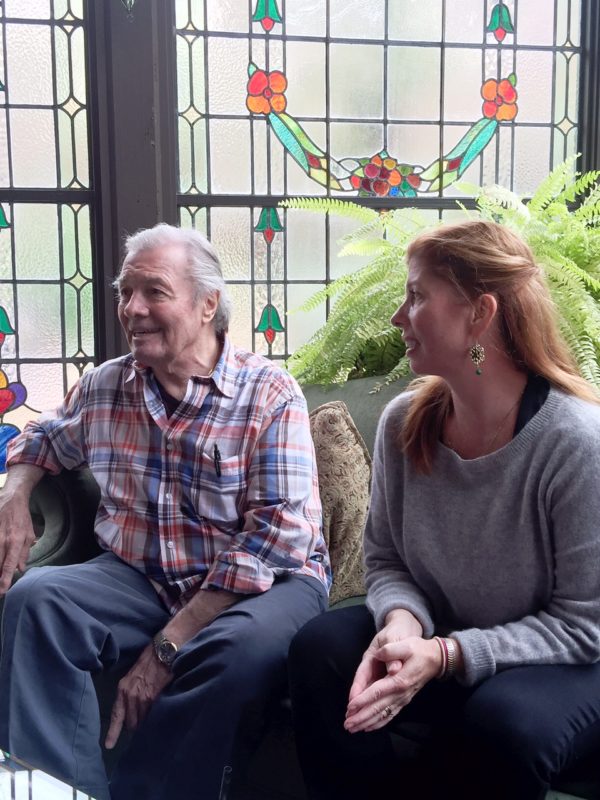 I just returned from an incredible weekend in Kohler, Wisconsin for Kohler Food and Wine, and I’m still pinching myself over the fact that I got to meet Jacques Pépin! Jacques and his daughter Claudine charmed the crowds with two cooking demos during the weekend’s festivities. I grew up watching Jacques’ cooking shows on PBS and I literally screamed with excitement when I received an invitation to a private meet and greet with the culinary legend. Our conversation spanned the topics of Jacques’ favorite meals, his artwork, what’s on Claudine’s Thanksgiving menu, and why every cook is unique, and of course I took detailed notes that I could tell you all about it! 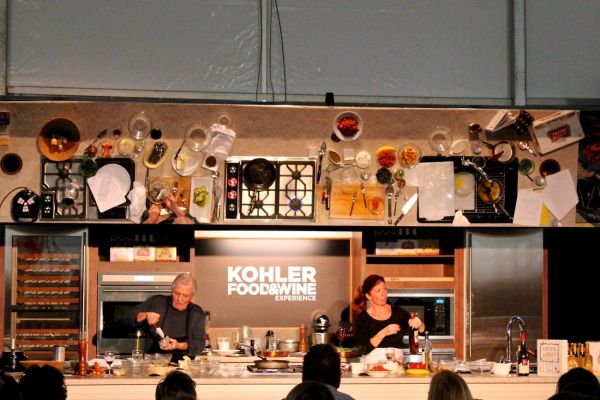 The thing about Jacques and Claudine is that they have warm welcoming personalities, killer senses of humor, and they make cooking seem approachable instead of intimidating. They also have this father/daughter chemistry and way of interacting that is genuinely sweet and funny. Claudine pokes fun of Jacques going on a tangent while answering a question from the crowd, and Jacques explains that the reason for their different accents is that he lives in Connecticut while she lives in Rhode Island (for clarity, Jacques has a French accent while Claudine was raised in America and has an American accent).

Jacques stopped several times during his cooking demos to take advantage of little teachable moments. He showed us how to make butter flowers, and how to open beer with a spoon, something we had to see again close up during our chat. 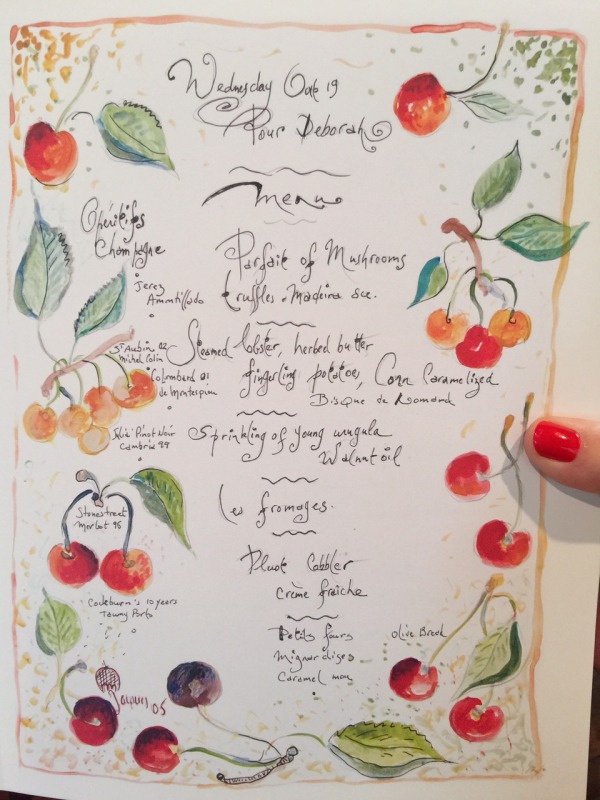 My favorite story that Jacques shared is that he buys sketchbooks and keeps a record of what he cooks for guests that visit. He and his wife Gloria have been married for 50 years, and they have filled up seven of these books with menus listing their dinner guests. Often Jacques includes a drawing. Not only is this a beautiful way to record memories, it is a practical way to make sure you always cook something new for your visitors. Jacques’ new book has two of these menus inside the cover. This might be a traditional I start at my home. 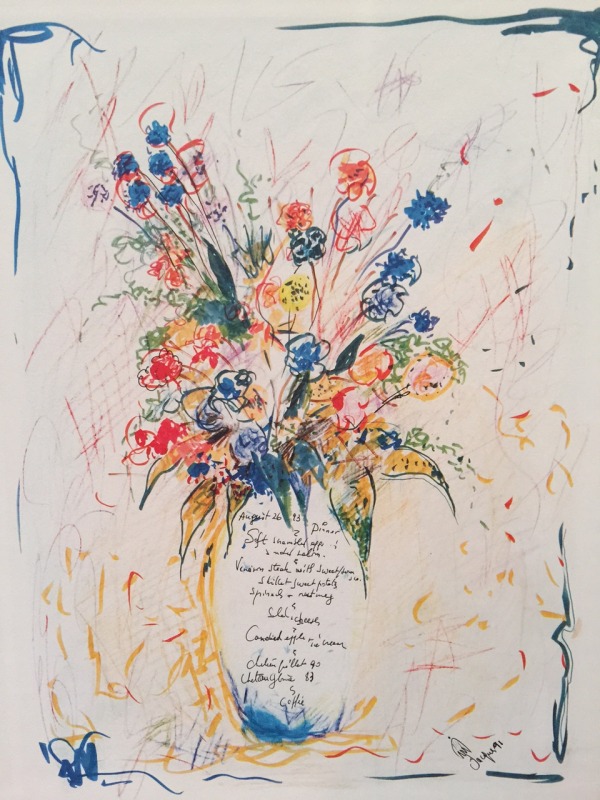 Jacques told us that his favorite holiday is Thanksgiving, and I adore the fact that a Frenchman has accepted an American holiday as his favorite. Just like me, he loves that the holiday is a way to share food and wine and be with your family. These days Claudine takes on the task of hosting Thanksgiving. She says that she always serves turkey – they stick to tradition, and that brussels sprouts and mashed potatoes are served every year. Even though she makes a homemade cranberry side dish, the can of cranberry sauce is served too.

When the conversation turned to Jacques’ classes at Boston University, he explained that one of his students’ first tasks is to prepare what he calls “the perfect meal” – roast chicken, boiled potato, and salad. The point of the exercise is show the students that everyone is already unique. No matter what, everyone will prepare the meal a little differently, and that they don’t have to try to be creative, it comes naturally. Jacques said to “Cook with your guts. You are unique.” 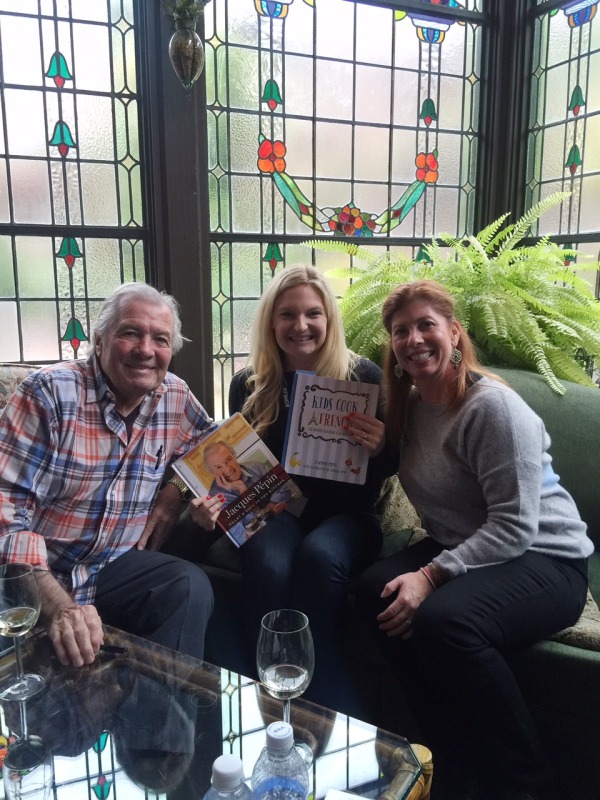 Then he went on to say that one of the best meals he has ever had in his life was a hot dog and a beer in San Francisco when he was dining with his friend and collaborator Chef Jean-Claude Szurdak. Jacques explained that you can always work on making something as simple as a hot dog better each time you prepare it. Perhaps you find a new mustard, or a better bun. Cooking can be about finding the very best ways to do simple things. He appreciates Chef Thomas Keller (of the French Laundry) and how his cooking style doesn’t involve much embellishment but instead focuses on finding the best way to prepare foods. 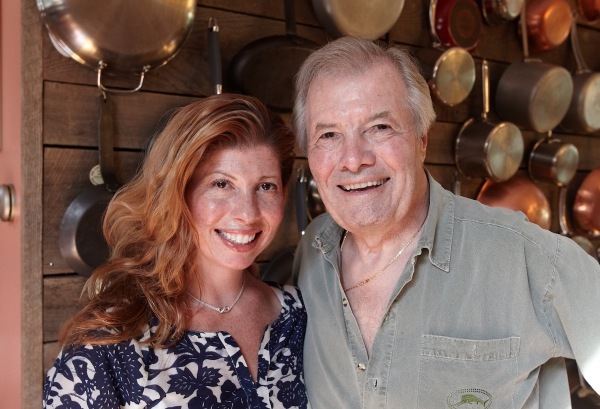 Both Jacques and Claudine have new cookbooks out. Jacques, who isn’t quite sure how many cookbooks he has written since over the years some where combined into bigger books, just released Jacques Pépin: Heart & Soul in the Kitchen. It includes 200 recipes showcasing the food he prepares at home for family and friends. Claudine’s book, Kid’s Cook French, is illustrated by her multi-talented father. The goal of her book is to introduce kids to the fun of cooking, and they might learn a bit of French too since the book is bilingual. And for more information on Jacques’ art, visit his art site.

I can’t thank the wonderful team at Kohler Food and Wine and The American Club enough for this experience!