Climbing Mount Kilimanjaro was the most physically challenging thing that I have ever done, and making it to the summit is an accomplishment that I am very proud of. 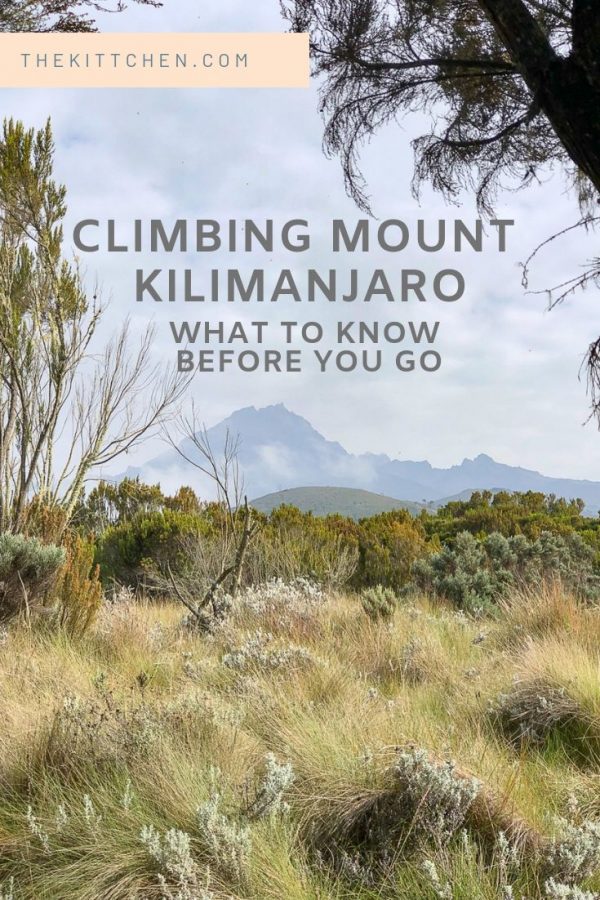 I don’t know how I got the idea to climb Mount Kilimanjaro, but once it entered my mind, the idea grew stronger and stronger. It became a personal mission and something that I planned my 101-day trip around.

My approach to training was unconventional. I incorporated exercise into my journey around the world. First I hiked Machu Picchu Mountain, and I was humbled by how challenging it was. Next, I biked and hiked on day trips in New Zealand and Australia. I kicked things up a notch when I biked 150 miles along the Mekong River Delta. Later, I spent a day hiking through small villages in Nepal, biked up hills in Tuscany, and climbed the 463 steps to the top of the Duomo in Florence. I also hoped that it along with the act of carrying luggage from destination to destination would get me in shape. 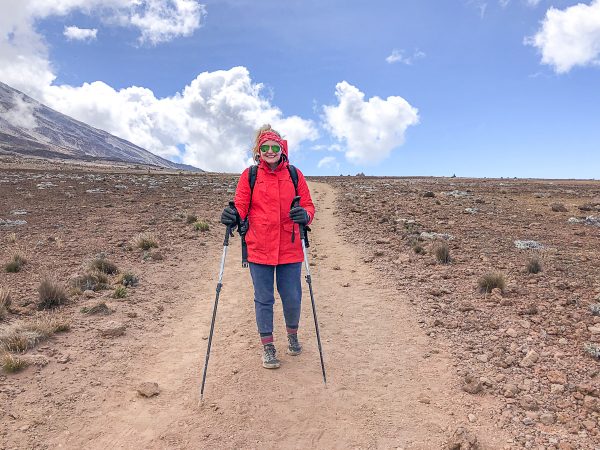 Thanks to all of these activities, I was physically ready to take on Mount Kilimanjaro. I am bursting with pride that I made it all the way to the summit. Altitude sickness proved to be my biggest obstacle, which is what more people would say. 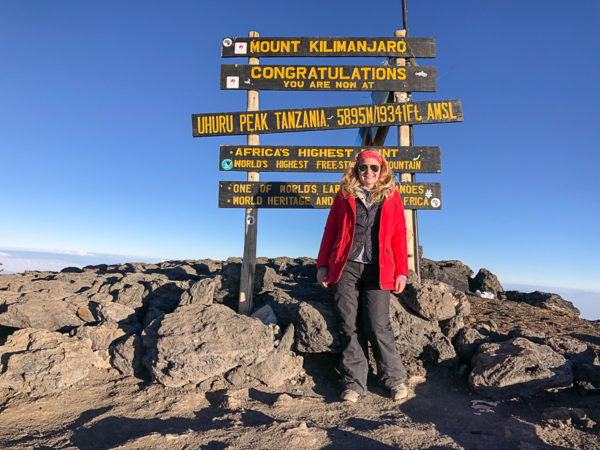 What to Know About Climbing Mount Kilimanjaro

It is not a technical climb; it is more of a long hike. 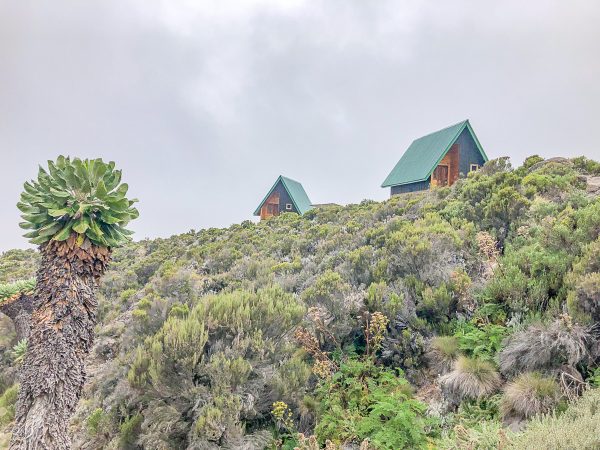 There are seven routes you can choose from to make it to the summit.

I chose the Marangu Route because of its high success rate and the fact that it has small huts to stay in so hikers do not have to stay in camping tents. I think that you can get better sleep in the huts (although they are still very cold) and I think that sleep helps you make it to the summit.

There are two summits. 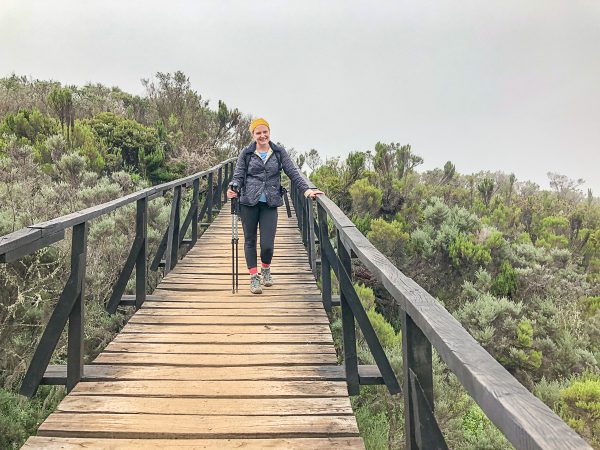 The first three days of hiking are easy, but making it to the summit is hard.

On the final day of the Marangu Route, you will climb over 4,000 feet, hike for 6-10 hours, and face extreme altitudes. The final day of hiking starts at midnight. It’s very very cold (it was around the freezing point when I did the hike in June), dark, and steep. Many people battle headaches, exhaustion, and other symptoms of altitude sickness.

Climbing Mount Kilimanjaro is a serious undertaking and it can be very dangerous. 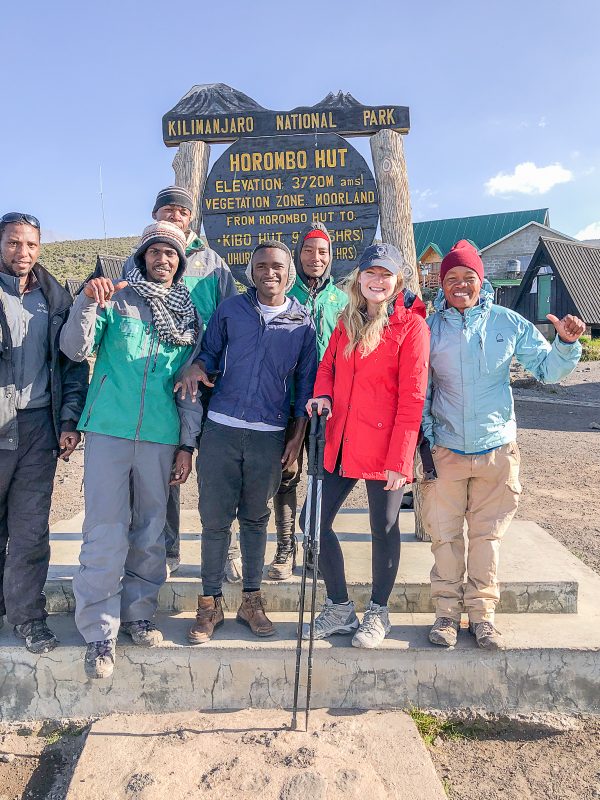 You don’t do it alone.

Yes, I was on a solo trip, but I had a guide, a cook, and a team of five porters with me. Five porters sounds like a lot, but they only carried one bag with extra clothing and essentials for me. They also had to carry their own necessities and all of the food and cooking supplies for everyone.

It can be extremely cold.

I did the climb at the end of June. The weather is Tanzania doesn’t change much from month to month, they don’t have four seasons, instead, there is a dry season and a rainy season. I went during the rainy season but didn’t encounter rain. I had expected the temperature to get lower as I made it higher up the mountain, but it was cold every night, usually right around the freezing point. It’s very cold when you are sleeping in an unheated hut or tent.

You can rent the gear you need in Moshi.

Several shops rent all the gear you could need. I rented hiking poles, a sleeping bag, a ski parka, ski pants, a winter hat, rain pants, a backpack, and a duffle bag for about $150. 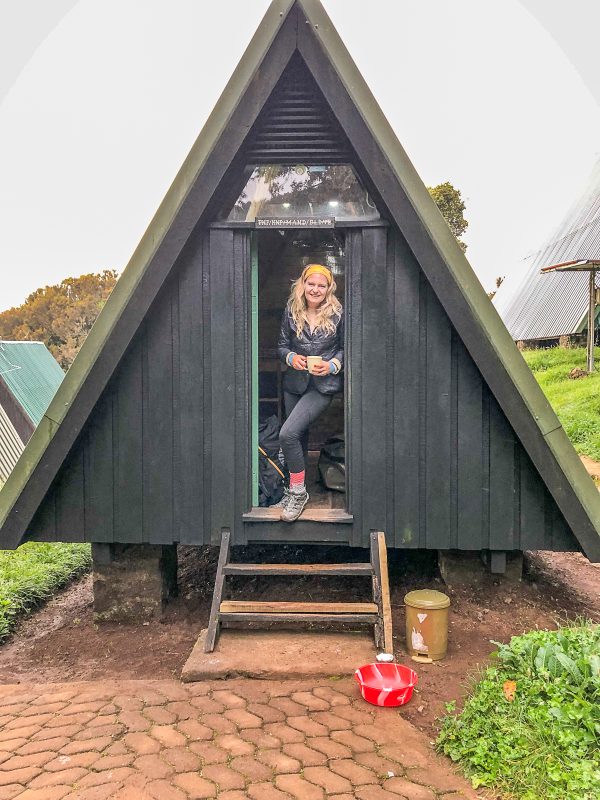 You might get roommates if you say in the huts.

The huts are big enough to sleep four people, and I got roommates on three of the four nights I was hiking.

You don’t want to book a cheap Kilimanjaro climb, you want to be supported by a good team. Otherwise, you might not make it to the top. I was eating delicious meals but I saw other people struggling with food poisoning. Do your research and read reviews online. I think that World Expeditions and G Adventures are two of the better companies to go with. Expect to pay about $2500 – $4500.

More “luxury” accommodations are being built.

Currently, there are nicer accommodations being built along the Marangu Route. I don’t know when they will open, but staying somewhere a little nicer might make the journey easier.

Why You Should Climb Kilimanjaro 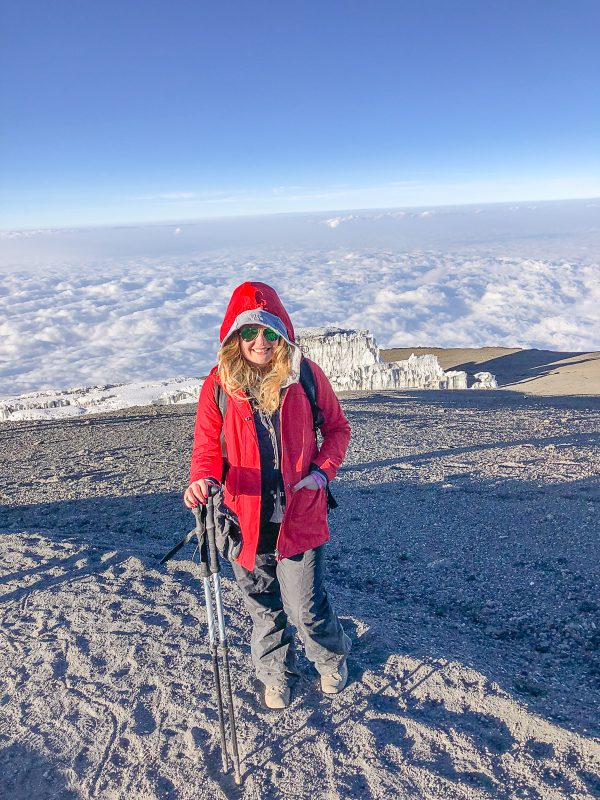 You pass through five distinct ecological zones during the climb.

The landscape of the mountain changes as you climb higher. The bottom of the mountain is the cultivation zone. Next, you walk through lush rainforest with a canopy of trees. When the rainforest ends you enter the heathers and the moorlands, an area with low-lying plants. Much of the day before you summit the mountain is spent in the alpine desert which looks like another planet. Finally, at the summit, you reach an artic zone with a glacier. 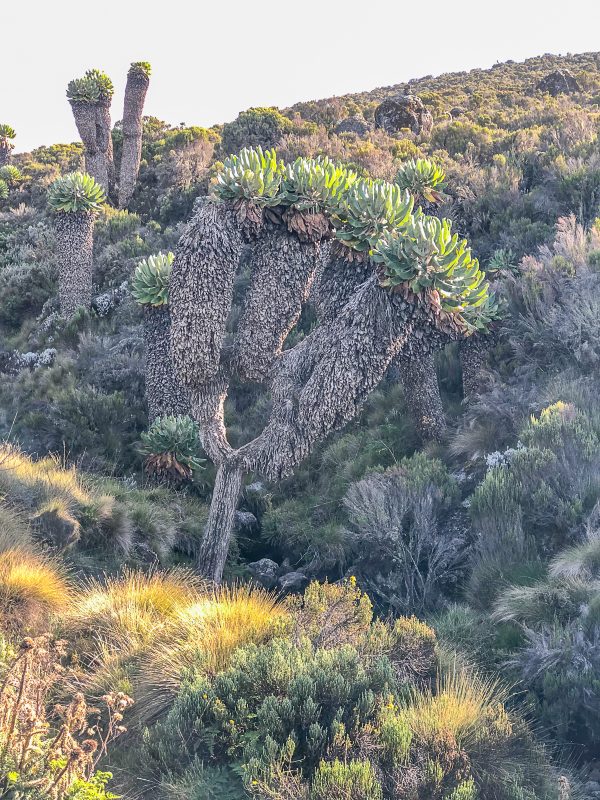 You will see plants that do not grow anywhere else!

There are several plants that grow exclusively on Mount Kilimanjaro which has a unique environment featuring volcanic soil, lots of sunlight, and lots of rain. My favorite plant is a tree called entandrophragma excelsum. It’s a tall tree that looks like a combination of a succulent and a palm tree. It’s easy to find since it towers over all the other plants in the heathers and moorlands. Instead of shedding dead leaves, the dead leaves fold down over the tree trunk giving the tree more protection. 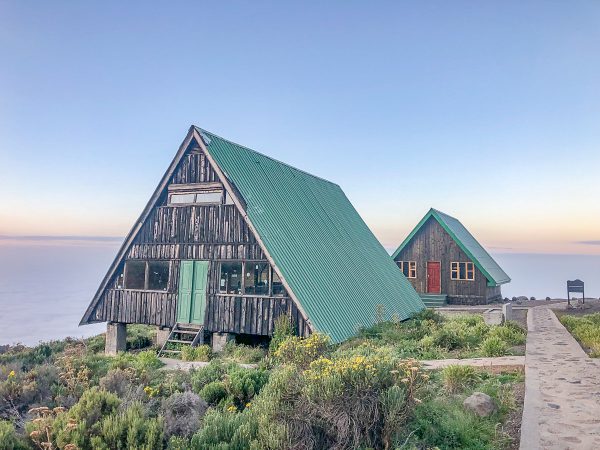 You might wake up surrounded by a sea of clouds.

As you hike up the mountain you will hike through and above the clouds. When I woke up after my second night on the mountain there was a thick layer of clouds below the camp. It looked almost like an ocean and it was one of the coolest things that I have seen. 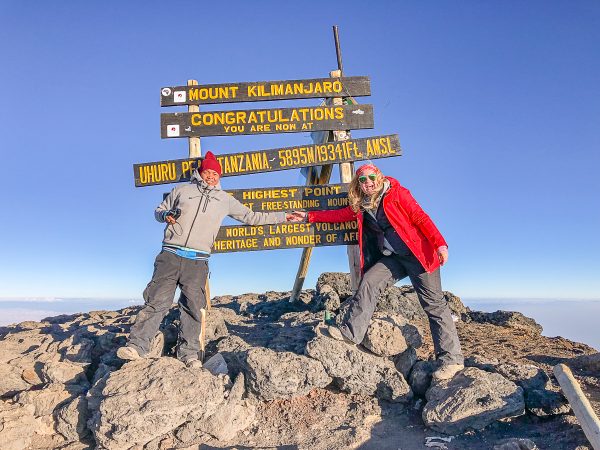 The sense of accomplishment.

Climbing Mount Kilimanjaro was an incredible once in a lifetime experience. The summit day was very hard and the nights were extremely cold, but all in all, I loved it.