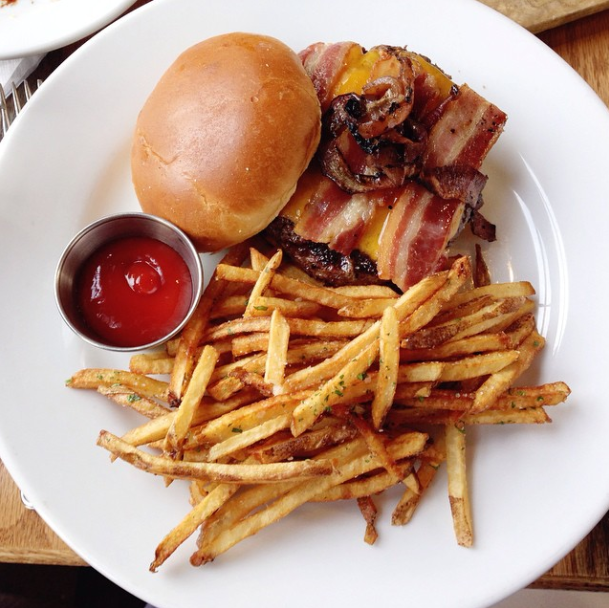 Chop Shop is a restaurant/butcher/event space hybrid in Wicker Park. After being invited to check out Chop Shop’s weekend brunch, Charles and I enjoyed a leisurely Sunday brunch, were we might have accidentally ordered more than we could eat. 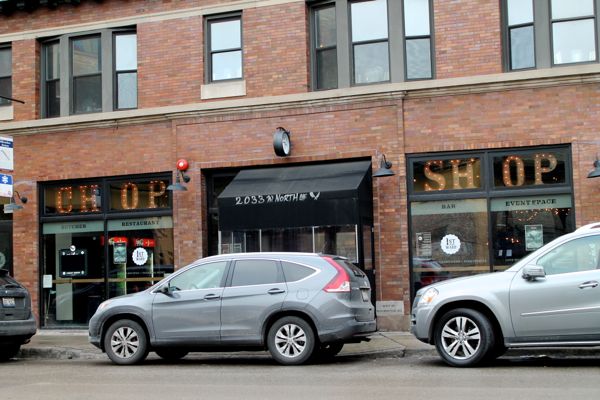 The downstairs has a butcher shop in the middle, tables for dining in the front, a bar area behind the butcher, and then a large event space/concert venue in the back. 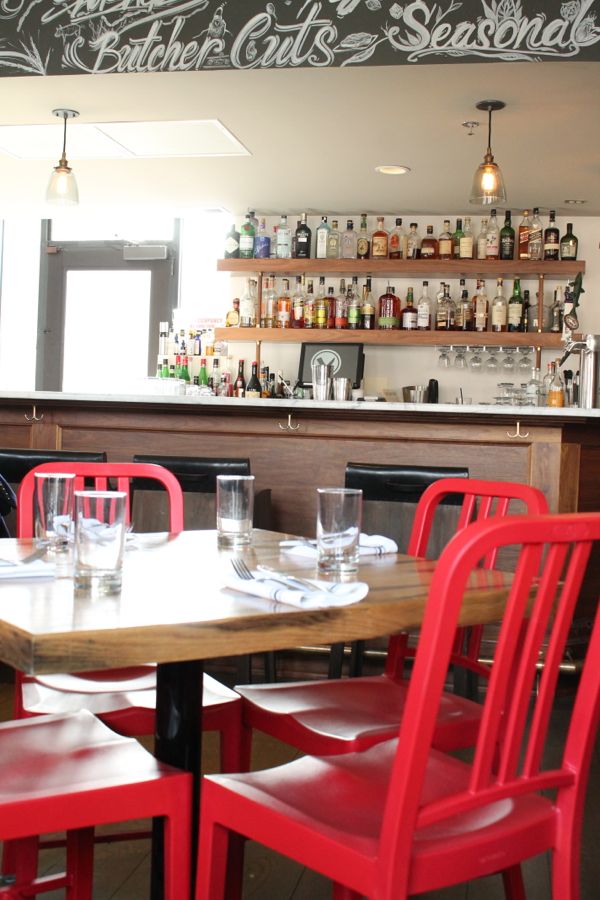 The second floor, where we were seated, houses additional tables for the restaurant and a second bar. It was calm and quiet and the windows let in plenty of natural light. 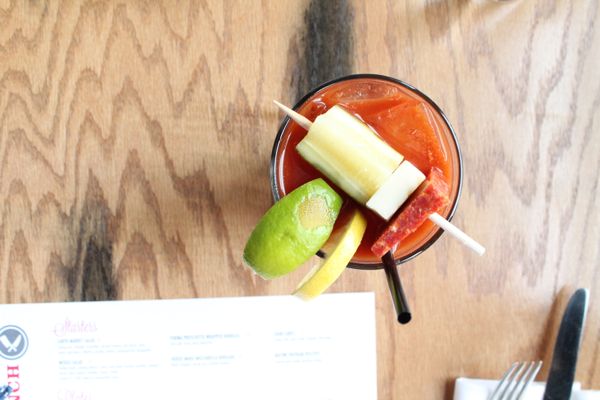 Charles began his meal with a Bloody Mary, made spicy. He immediately ate all of the garnishes, and praised the spice level of the cocktail. 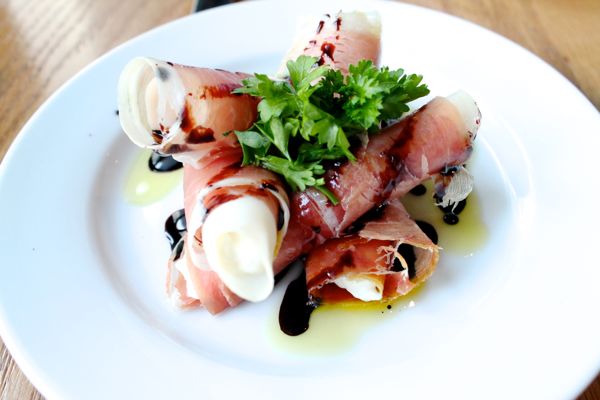 Then we ordered some starters. The menu at Chop Shop is meat-centric to take advantage of the butcher shop downstairs. First we tried prosciutto wrapped burrata with balsamic. The simplicity of the dish let the ingredients shine, and the prosciutto was certainly better than most. This is an appetizer that would be easy to recreate at home. 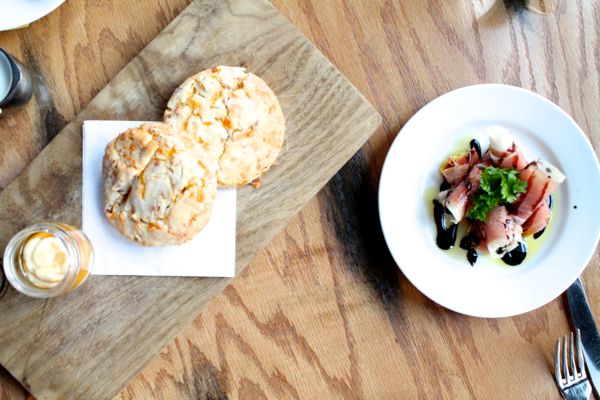 We also tried the Bacon Cheddar Biscuits, which were served with a Bourbon maple butter. The biscuits were buttery, and had crisp chunks of bacon. They were filling, and may have directly contributed to the fact I was only able to finish half of my burger. 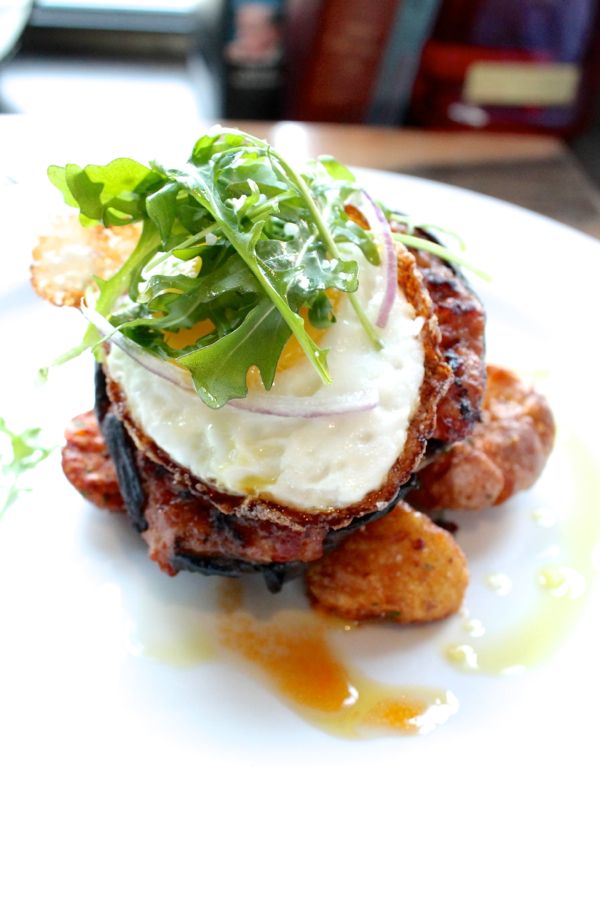 Then Charles ordered the Banger Stuffed Portabella served with spicy crispy potatoes and a fried egg. The potatoes were slightly fried to a crisp, and seasoned with a bit of chili. This breakfast was big, but Charles managed to down the entire thing. 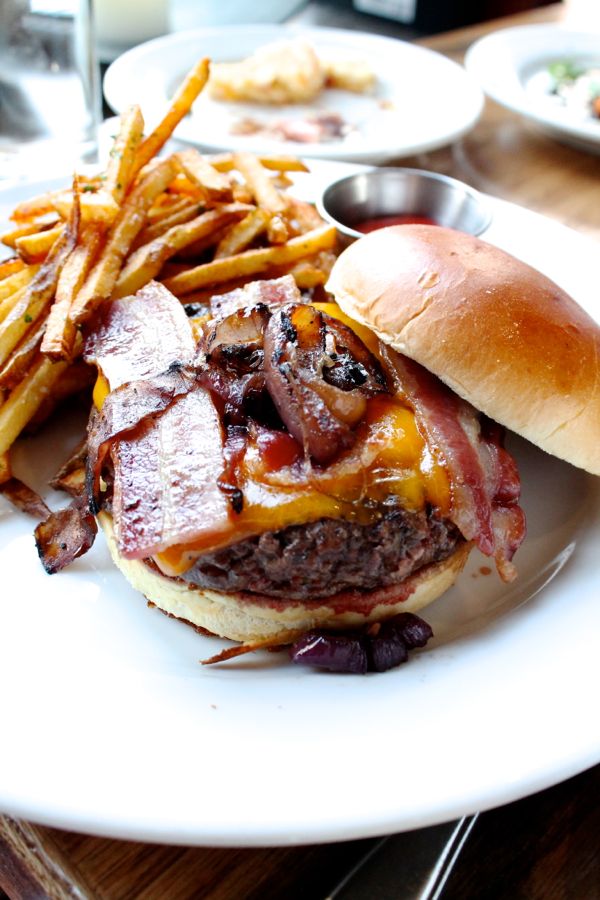 I ordered the burger. It came slathered with melted cheddar, topped with thick cut bacon, and caramelized onions, with thin cut – and addictively delicious fries. The burger itself was cooked perfectly to medium, as I had requested, and was comprised of juicy prime cuts of meat. It was more than I could eat, so I surrendered the extra to Charles who happily helped to eat the burger. 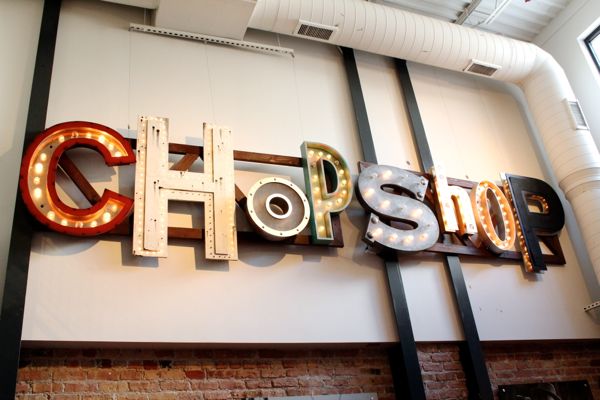 Chop Shop is located at 2033 West North Avenue, just a brief walk from the Damen Blue Line Stop. They do accept reservations.