This simple 4 ingredient Taco Chicken recipe is just the thing to serve at your next party. 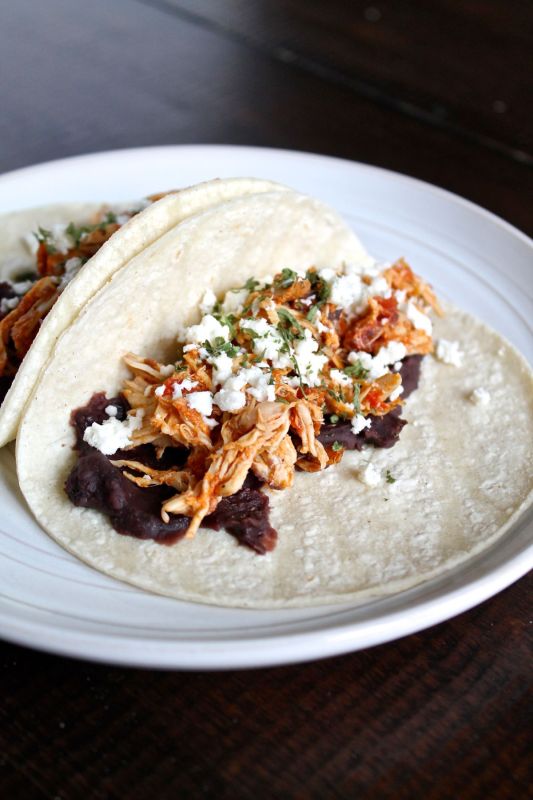 I believe that you need to serve something that can be considered an entree when you host a party. And at this point, my friends have come to expect a big spread of food when they are invited over. After hosting many parties in the past year, I have learned that the easiest way to feed a crowd is to break out the slow cooker and make this easy 4 Ingredient Taco Chicken. 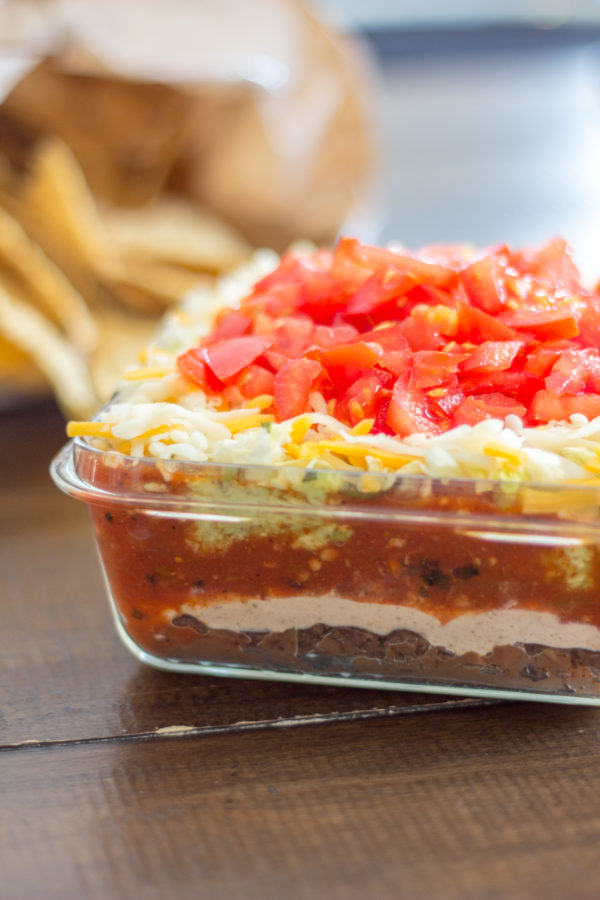 Since the first item on the menu for my latest party was 7 Layer Taco Dip, I figured that it only made sense to serve tacos too. I made my simple 4 ingredient taco chicken, and kept it warm in the slow cooker so my friends could assemble tacos whenever they wanted. My guests could snack on just one taco, or make a meal out of a few tacos. 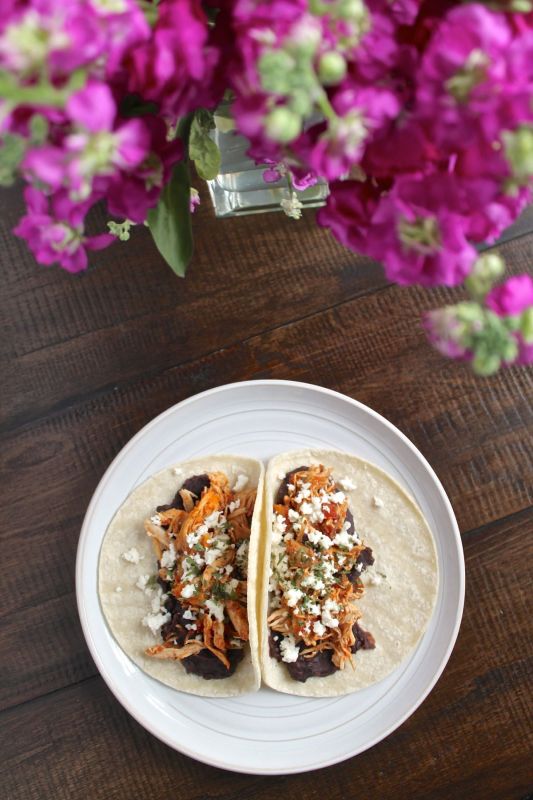 At the party I set out a variety of taco supplies including cheese, avocado, lettuce, salsa, and tortillas. Guests also had the option of spooning some of the 7 layer taco tip on top of the tacos too. I added some refried beans to my tacos since in addition to being delicious, refried beans also act as taco glue holding everything together. 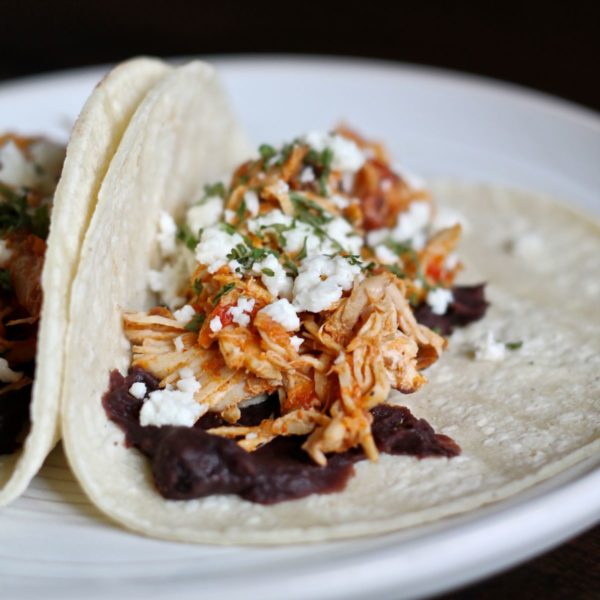 You could use any leftover taco chicken to make a taco pie or a tortilla soup. This is the type of recipe that you can make over and over again, but by adding different toppings to your tacos it will seem new each time. 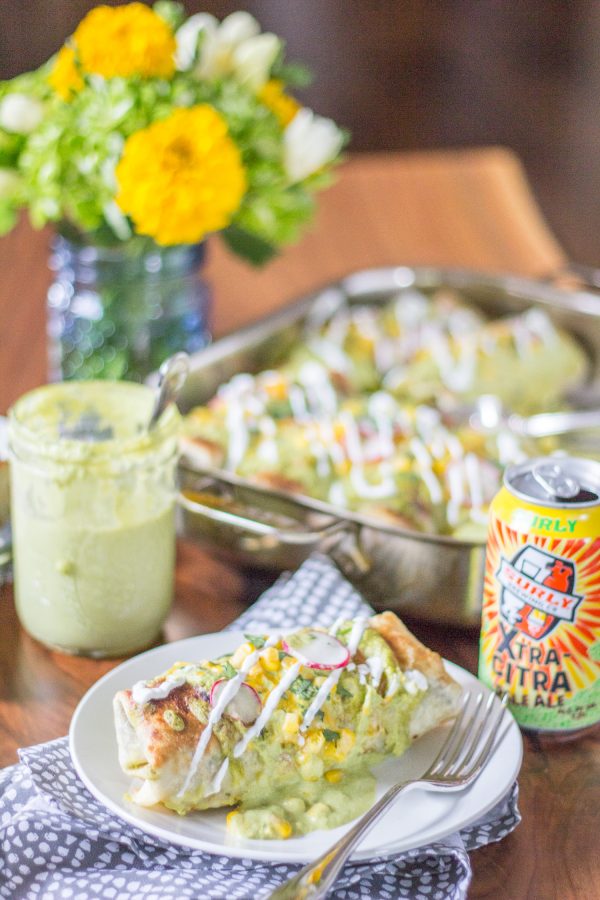 Or you could use leftovers to make Chicken Chimichangas with a Poblano Cream Sauce – these chimichangas are a favorite among my friends, and the poblano cream sauce has a loyal online following.

Want to save this 4 Ingredient Taco Chicken recipe for later? Here is an image to save on Pinterest: 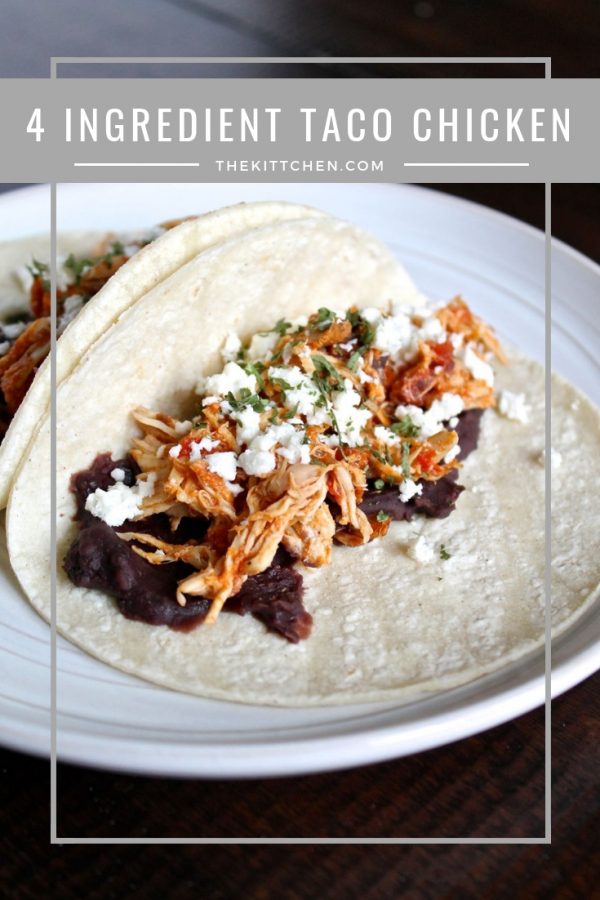 How to make 4 Ingredient Taco Chicken:

Want to see some more Tex Mex recipes? Here are a few of my favorites: 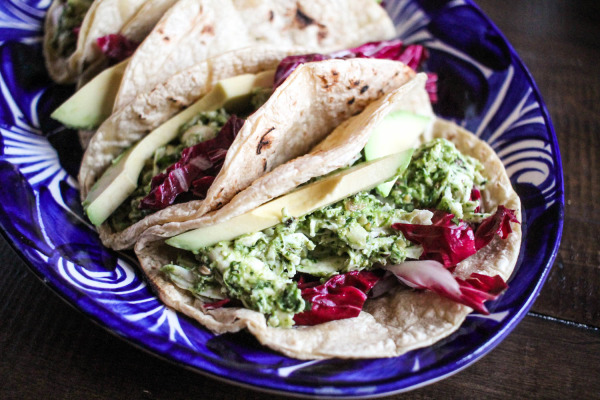 This recipe for Chicken with Cilantro Pesto is made with rotisserie chicken so it comes together really quickly. 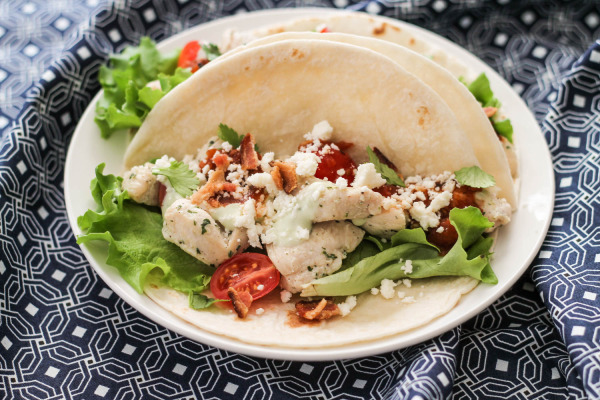 Ranch Chicken Tacos with Avocado Crema are anything but ordinary. This recipe is inspired by cobb salad and involves chicken is cooked with ranch seasoning topped with tomatoes, lettuce, bacon, cilantro, and queso fresco.