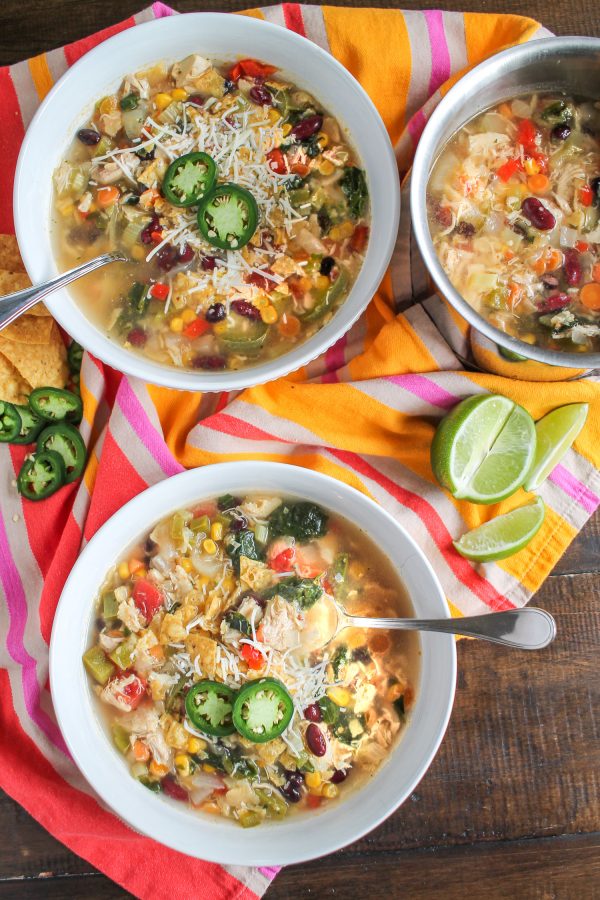 I cook. My husband doesn’t. We have a system that works really well for us. But when I was leaving town for three weeks to travel with my Mom and sister, I worried about what Charles would eat while I was gone. Would he survive off Domino’s? Cooking isn’t his talent – he can only really make eggs and steak. I wanted him to have some good healthy food to eat, and I also felt a bit guilty about leaving on a three week trip without him, so I made him a massive batch of Chicken Tortilla Soup. I could pack it up in individual servings, leave half in the fridge, and know that he would have a bunch meals ready. 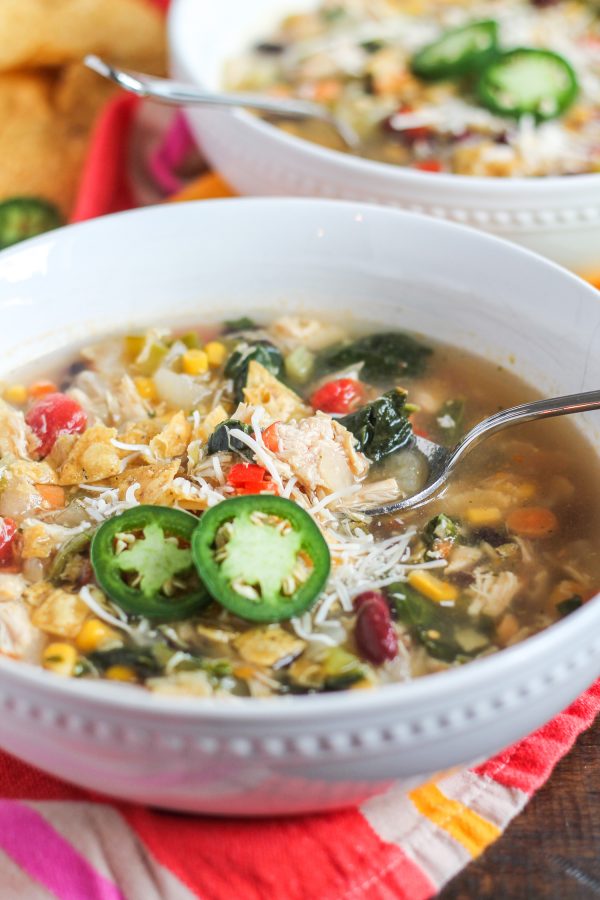 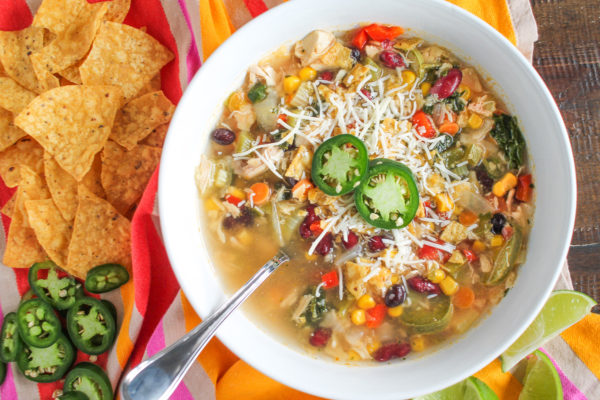 And then I forgot all about it! I hadn’t made this soup in over 2 years. This recipe popped into my head again when I was trying to figure out what I could make for Charles that would freeze well. 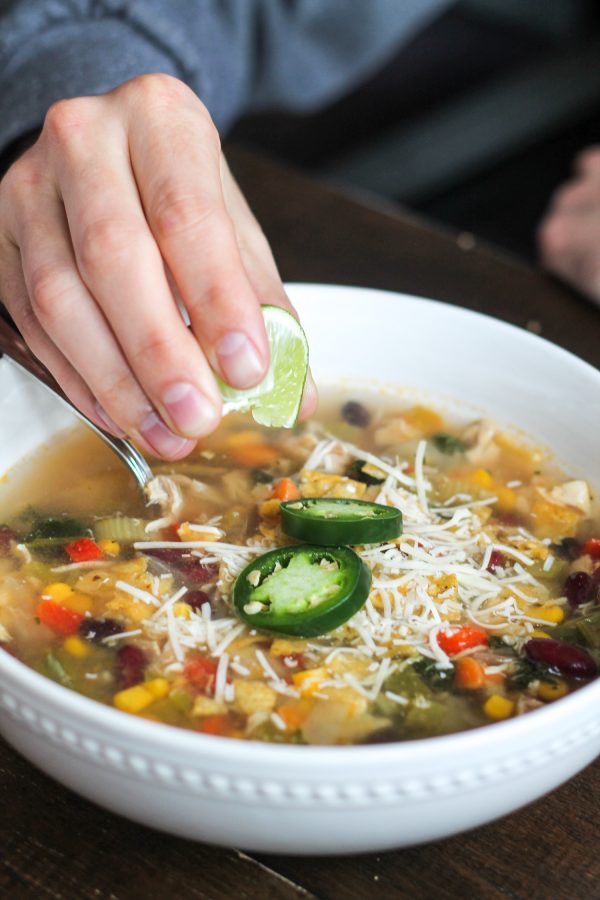 Sometimes I make this soup using Citrus Roasted Chicken. This time I just went to the grocery store and bought a rotisserie chicken. It was a huge timesaver. 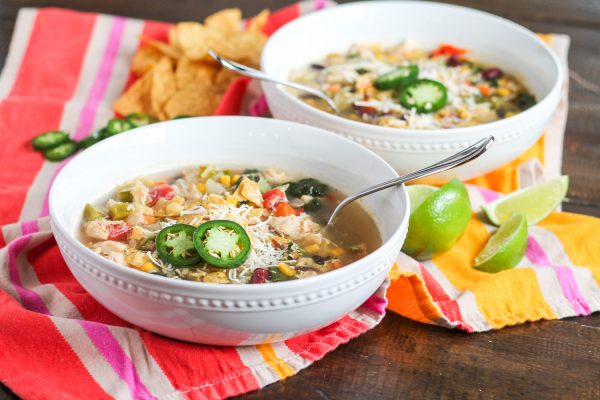 The spice level of this soup is medium. It has the type of heat that builds as you eat it. It isn’t super spicy. If you want to add extra spice, add another jalapeno. If you want a more mild soup, only add half of a jalapeno. I added black beans and kidney beans to this soup, but you can add any beans that you like. 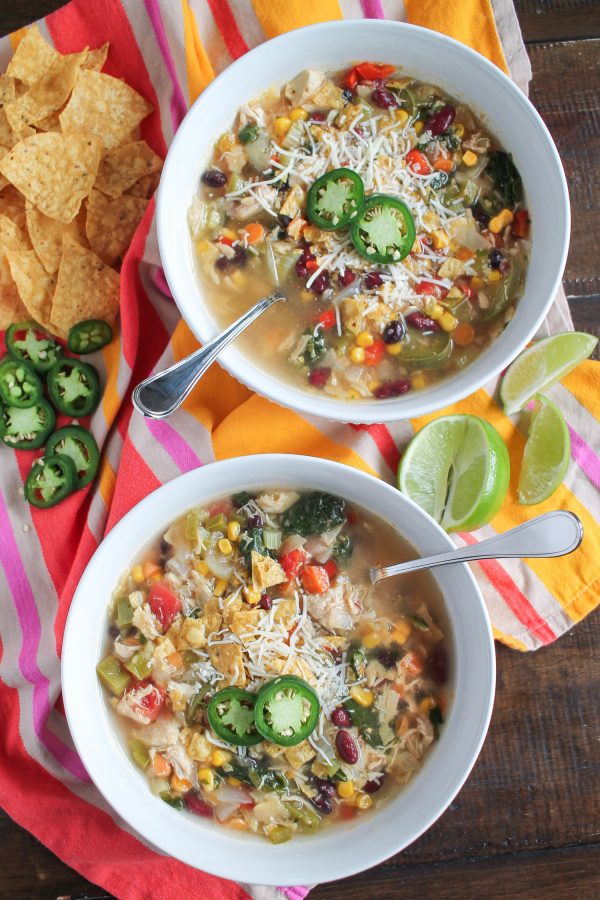