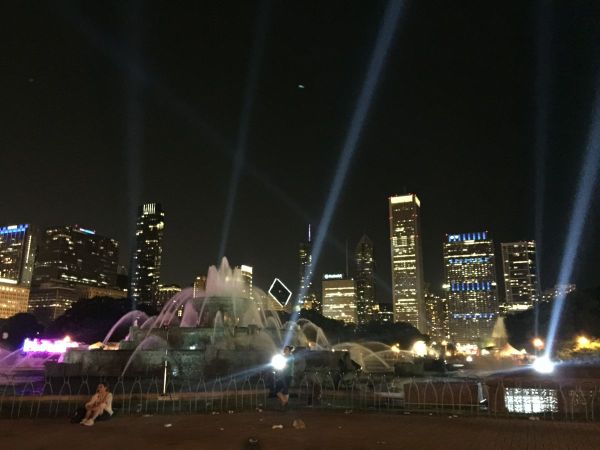 After six years of Lollapalooza-ing, I can declare that this year was the best I have seen. The reason why is simple: Sir Paul McCartney. He put on the ultimate show delighting the crowd with a fun fireworks filled performance of Live and Let Die, and then slowing things down getting the crowd of thousands to sing Hey Jude together. It was Lollapalooza at its finest.

Another thing I noticed about Lolla this year? The crowds were just really great. At the shows I saw, the artists were telling the crowd how much they love them and how much they love Lollapalooza. One musician said he was having the best day of his life. They loved it, we loved it, there were good vibes all around. Even Paul McCartney said, “This is so cool I need to take a minute to drink it in.”

ChowTown has really stepped it up over the past few years, with many people agreeing that it is better than the Taste of Chicago. The Farmer’s Market had some food too – and virtually no lines – something to remember for the future.

Now let me break down my 10 favorite parts of Lollapalooza 2015:

Honorable mention: Thanks to the Lollapalooza organizers for giving in to the approaching storms and calling it quits just in time for everyone to get to safety before a heavy thunderstorm with hail hit. I made it home with 20 minutes to spare and was thankful not to be caught in the scary storm.

9. Newcomer James Bay was one of the acts I was most excited to see and he did not disappoint. The English crooner was so good I stood on hot pavement in 90 degree heat nearly melting so I wouldn’t miss a moment. If you haven’t heard of James Bay, listen to his songs “If You Ever Want To Be In Love”, and “Hold Back The River”. 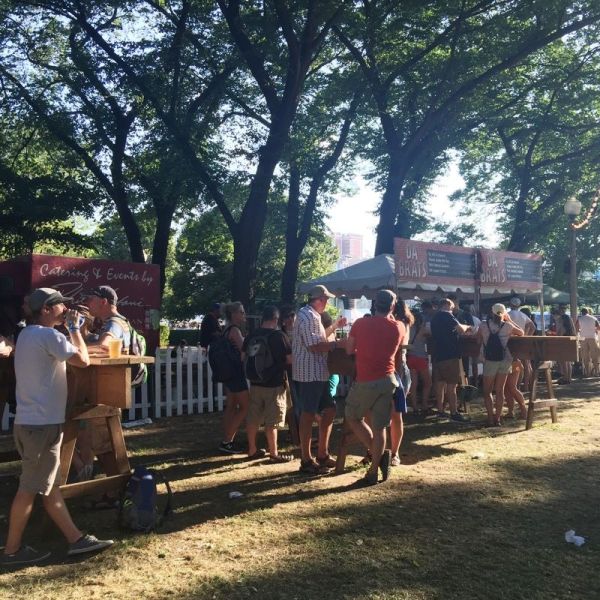 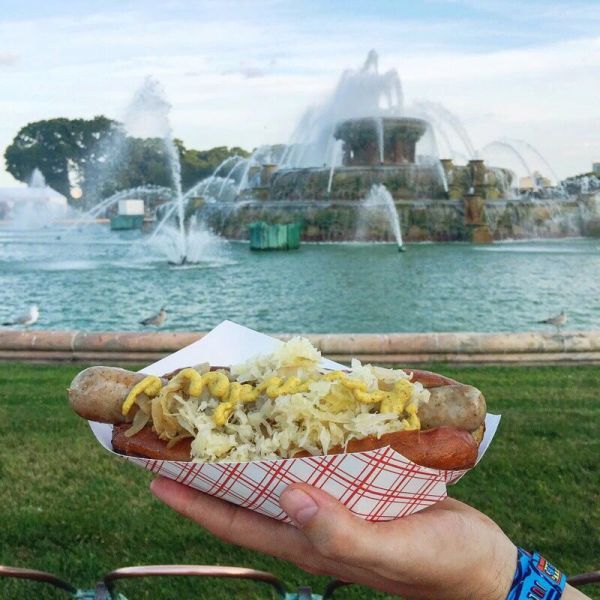 8. Da Beers Beer Garden had cold beer and shade. It was the perfect place to recover from the heat. It was also where to find Da Brats, another eatery outside of Chow Town without much of a line. (Although I must say that the Chow Town lines moved very quickly). The picnic tables and the big screen showing highlights of past Lolla performances were nice touches too. 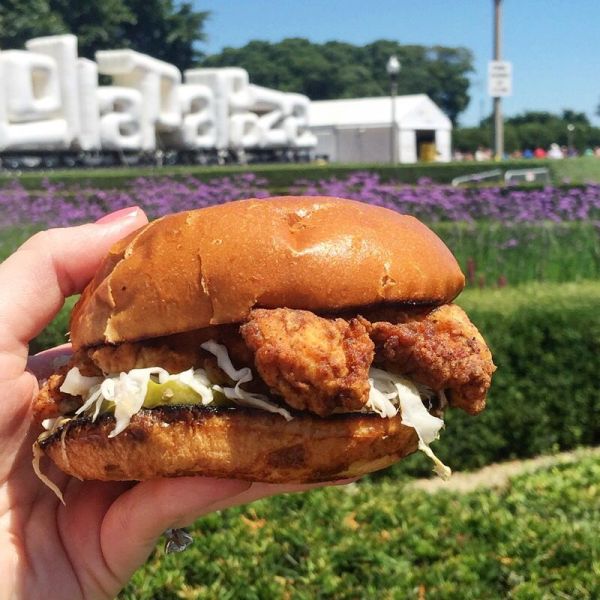 7. The Do-Rite Fried Chicken Sandwich was a tender and juicy and I could have eaten it everyday. Apparently the secret is that the chicken is pickle brined first. If you missed them at Lolla you can visit the restaurant at 233 East Erie. 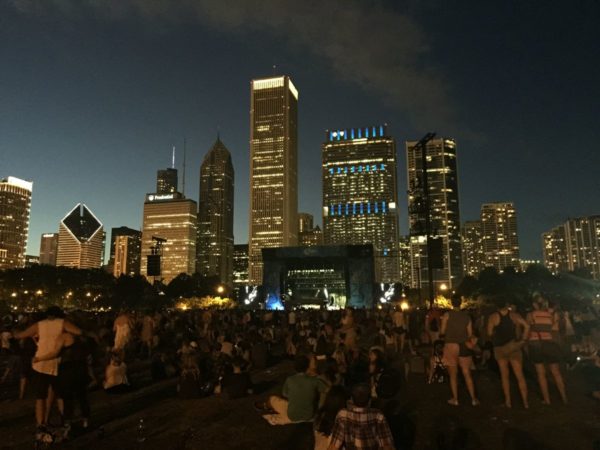 6. Sam Smith played to a crowd of mostly women while most of the men rocked out to Metallica on the other side of the park. His voice was flawless, and he played at the North Side with stunning skyline views.

5. The Alabama Shakes finally got to play Lollapalooza after getting rained out in 2012. They sounded great and Brittany’s soulful voice filled the park, as hundreds of dragonflies flew around gobbling up flies. If you aren’t familiar with Alabama Shakes, the are the type of band everyone can love, start with listening to “Hold On” and “Give Me All Your Love”. 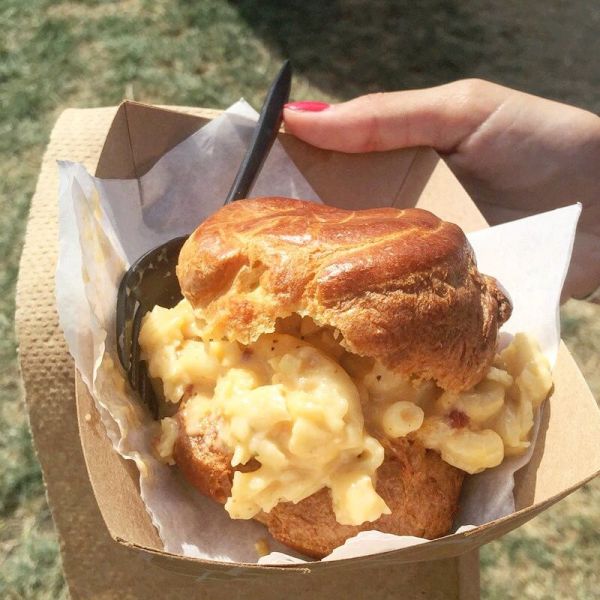 4. Puffs of Doom might have been instagramed just as much as the lobster corn dogs. Located in the Farmer’s Market, Puffs of Doom creates both sweet and savory puff pastries, and I loved the bacon ranch mac and cheese filled puff. I heard that the Oreo filled puff was amazing too. Please come back to Lolla next year. 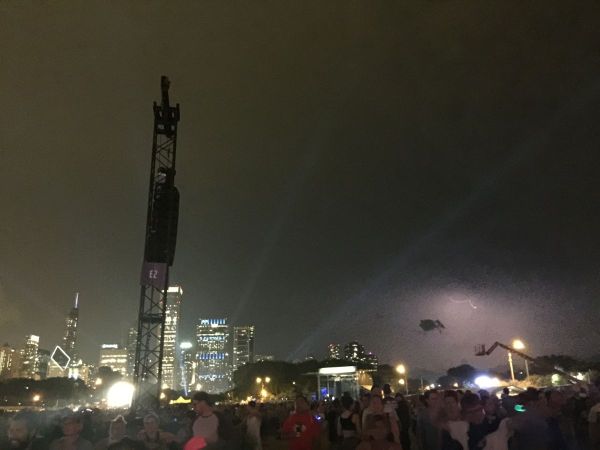 3. Florence + The Machine and the lightning. On Sunday night Florence Welch battled the lightning with her voice in an attempt to keep the storm away. The storm held back for so long that I was convinced that her etherial voice could control the weather. She attacked the stage knowing that her set would likely get cut short and used every moment she could. She also ran around the stage and through the crowd so much that she probably ran the equivalent of a 10k. 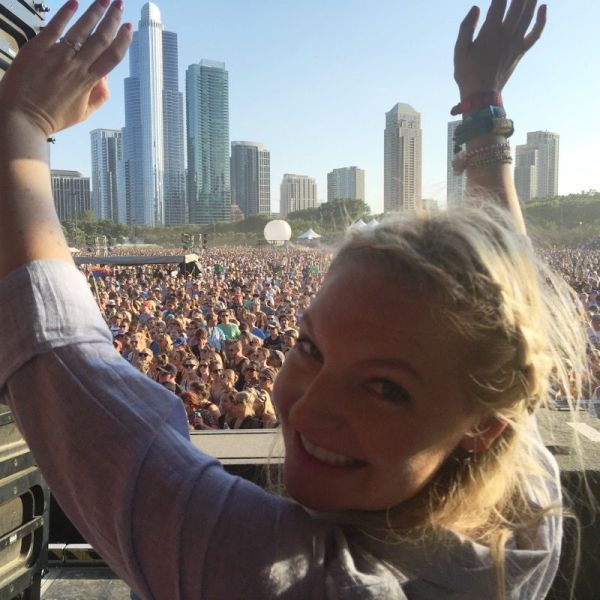 2. Sprint hooked us up and let us watch Lord Huron ON THE STAGE. It was such an amazing experience getting to see the huge crowd from the musicians point of view. Lord Huron played his heart out with a rapid fire succession of songs to get as much in as possible in his shortened set. I love his songs “Fool for Love” and “Ends of Earth”. 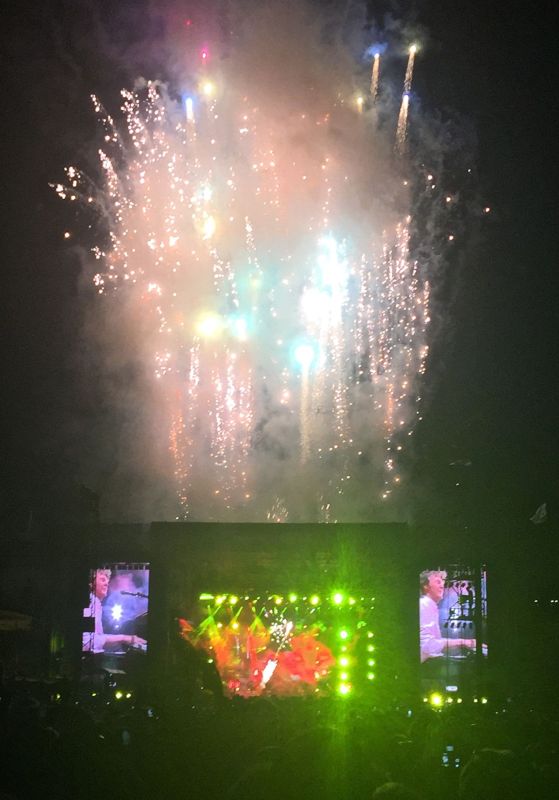 1. Paul McCartney. Everything about it. His voice is amazing. He knows how to work the crowd. He seemed to genuinely be having fun. HE PLAYED 32 SONGS! He brought Brittany Howard from the Alabama Shakes out to sing Get Back and it was a highlight of the weekend. He also sang FourFiveSeconds without Rihanna and Kayne ruining it!