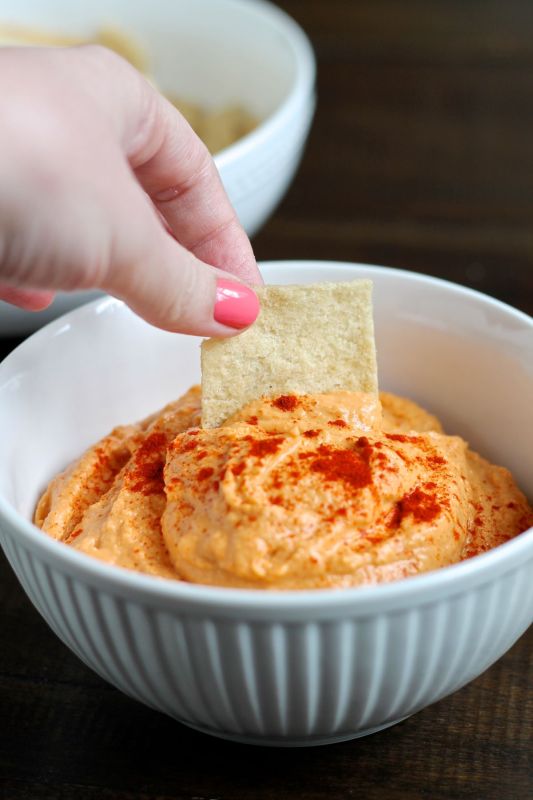 You might wonder why I would even bother making something that is inexpensive and available at the grocery store, but I was curious to see if homemade hummus was better. And it is! Charles and I recently hosted a little party and I decided to try making hummus. When I told Charles that I had made roasted red pepper hummus from scratch he had the most confused look on his face and said, “You really roasted red peppers and made hummus with chick peas?”. Yes I did.

My friends could notice the difference in taste, and Charles couldn’t stop talking about how much he loved it. The good news is that hummus is really easy to make. I will point out that since store-bought hummus is so inexpensive, it does cost more to make it from scratch. One more thing: I do not have a food processor. I have a basic blender and it did the trick, and I didn’t have to add any extra liquid to get the hummus to churn in the blender – the consistency of the hummus was just right. 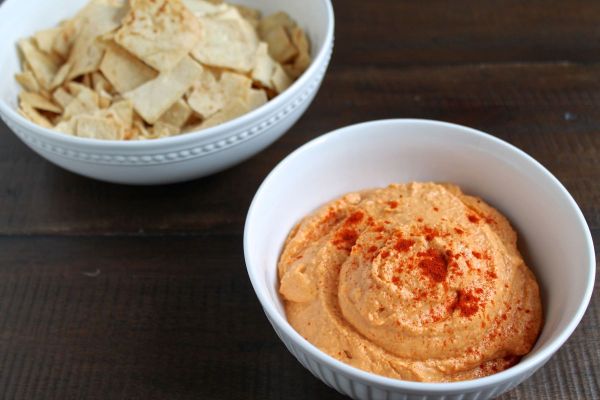