Here’s my guide of what to do in Auckland. Auckland is both a destination and a jumping off point. The city on New Zealand’s North Island feels like a warmer, newer, and smaller London. 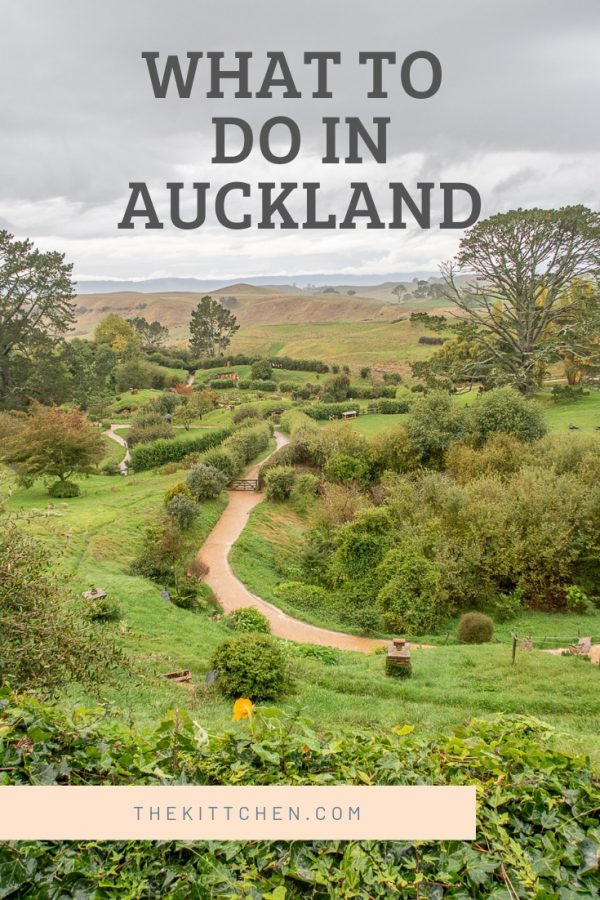 I was greeted in Auckland with warm sunny weather and I spent most of my time outdoors. One of the things that I loved about Auckland is that it is very pedestrian friendly, and if you use the wharf and the Skytower as landmarks it’s next to impossible to get lost. I learned my way around quickly and went everywhere on foot. 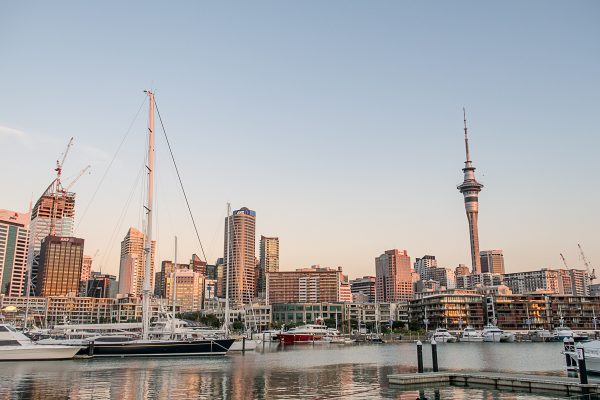 What to do in Auckland

Some of the things on this list are right within the city, while others are day trips. 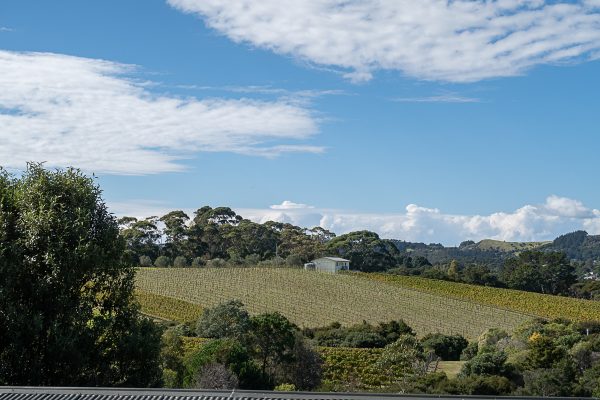 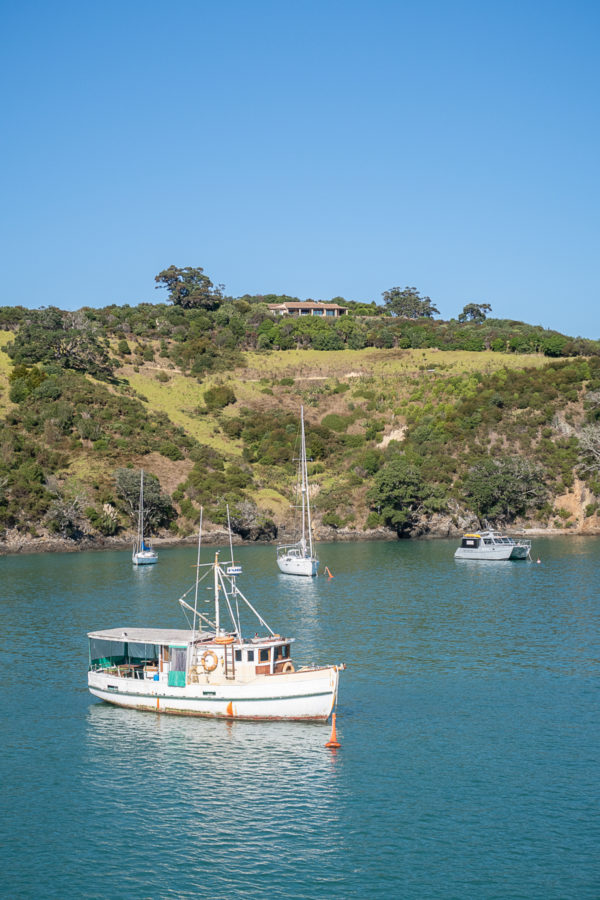 I recommend buying a ticket for the hop on hop off bus along with a ferry ticket since the wineries are spread out around the island and it’s a very long walk between some of them. First, take the bus from the ferry terminal to downtown Oneroa, this is the largest town on the island. There are several restaurants and shops, you might want to pick up a snack at the small market. 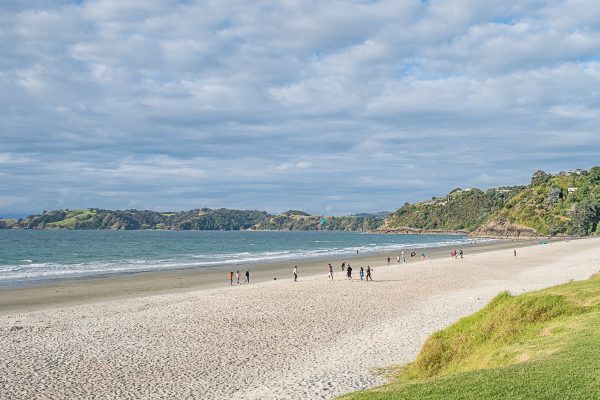 Oneroa Beach is beautiful. It’s right downtown but with its location in a small cove, it has the feeling of a secluded beach. You might want to just have a beach day and not taste wine. There are bathrooms/changing areas right by the beach which is very convenient. 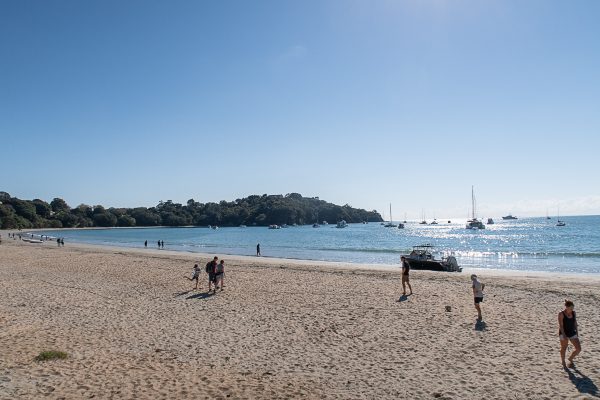 While I took the bus, biking is very popular on the island. It’s hilly and most of the bikers had road bikes and were decked out in bike gear. 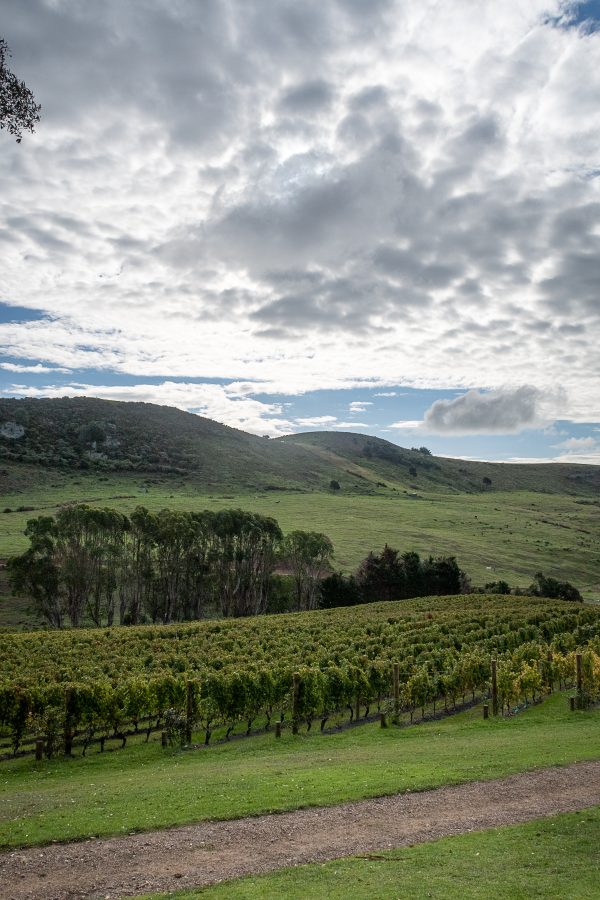 Most people visit Waiheke to taste wine. I, unfortunately, chose the worst day to try to taste wine: Easter Sunday. New Zealand has an odd law that on Easter alcohol can only be served with a meal, so I couldn’t do tastings, but I could do wine with lunch. 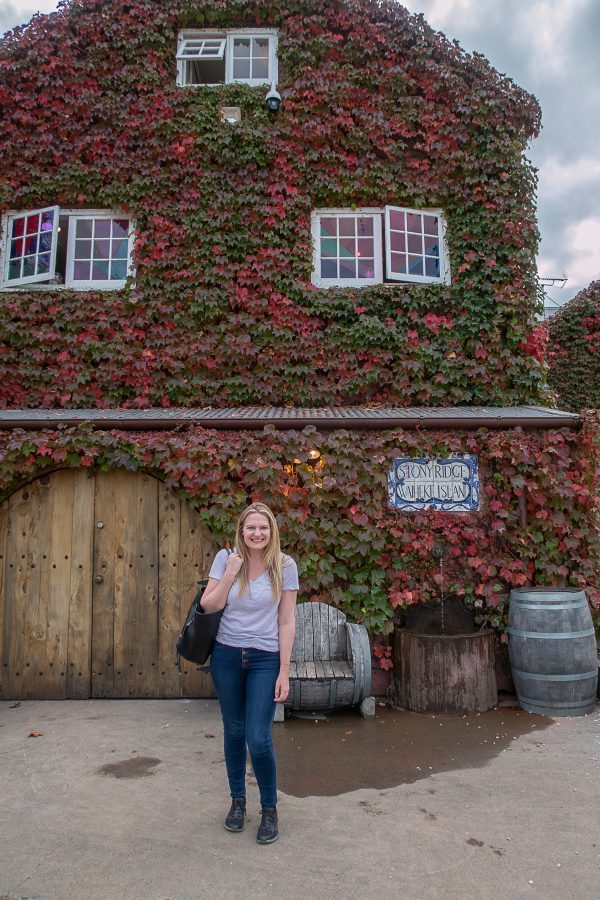 I chose to visit Stonyridge which is considered one of the best and most beautiful wineries on the island. 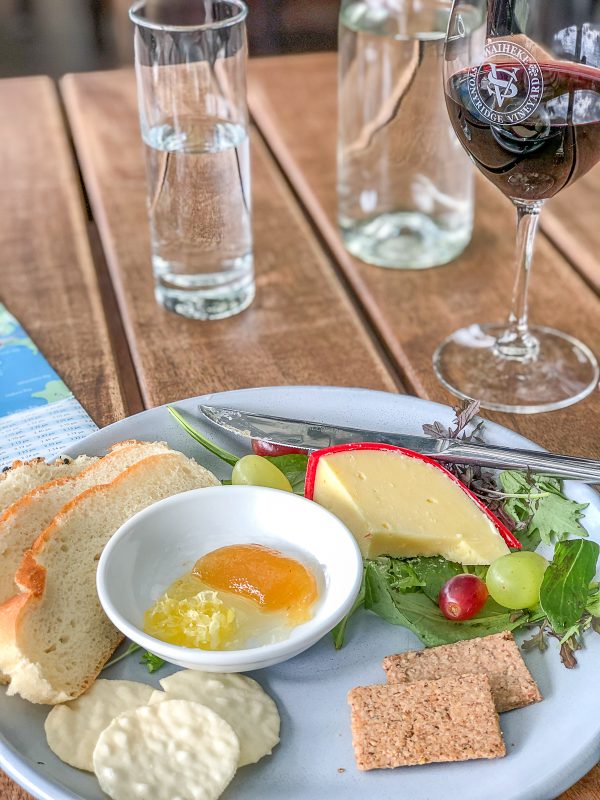 I paired their Shiraz with local cheese, and had their Pilgrim with local lamb. I loved the wine and the overall experience. From the restaurant, you get a great view of the vineyards below. 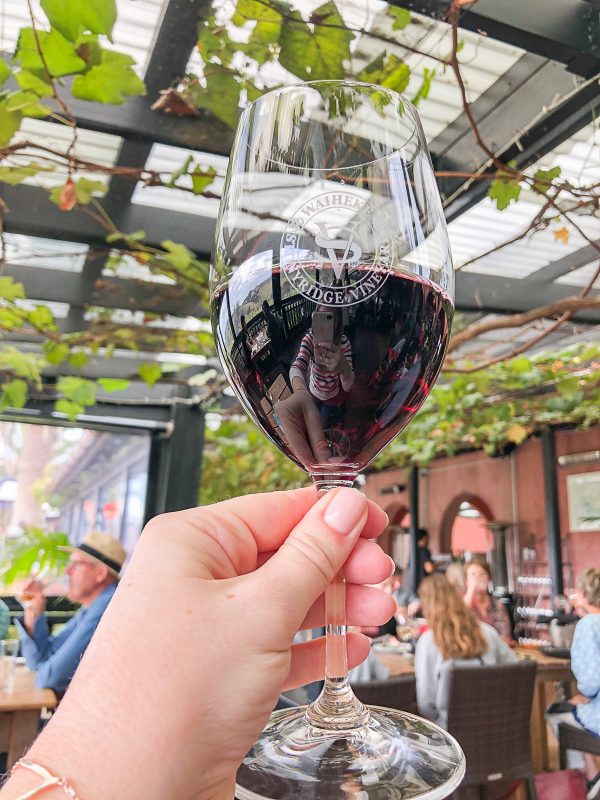 If it hadn’t been Easter, I would have visited more wineries. When it isn’t Easter there are lots of tours of the wineries available too. These tours take you from place to place and arrange your tastings for you. 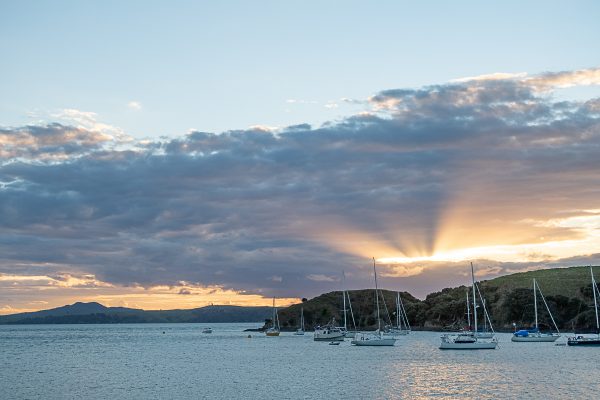 Since it was Easter, and I couldn’t eat anymore, that meant I couldn’t taste any more wine. I took the bus to Onetangi Beach, a large beach where people were kite surfing. This area has a couple of restaurants and hotels, and would be a quiet relaxing place to spend a couple of nights. 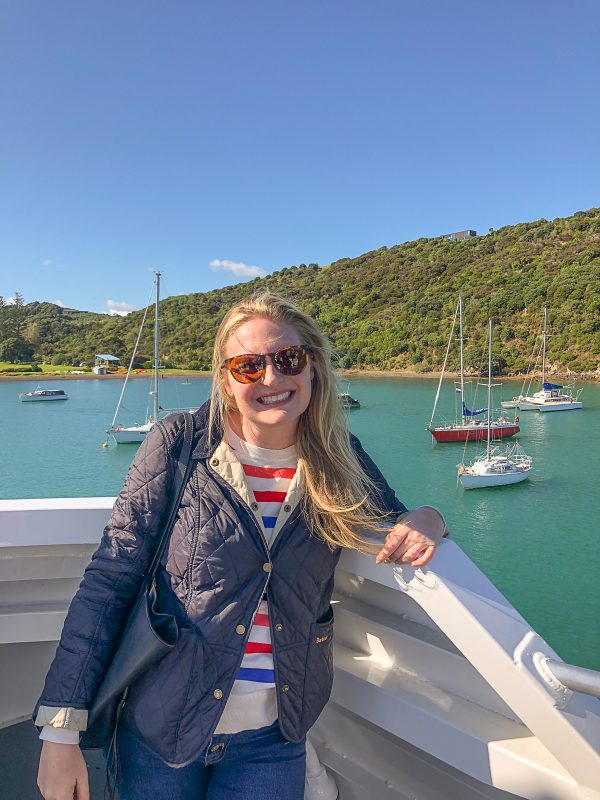 If I had more time in New Zealand, I would have spent a night or two on Waiheke Island. It is an easy day trip to make from Auckland and it’s something you should put high on your list of things to do in New Zealand. 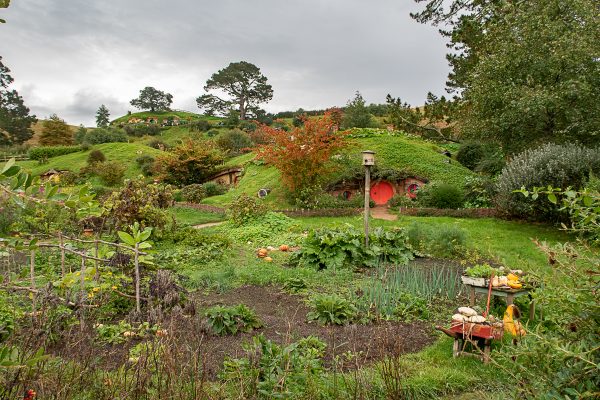 When you think of New Zealand, do you think of The Lord of the Rings? The set from The Hobbit draws 300,000 visitors each year. If it’s high on your list of things to do, it’s best to pre-book tickets. You can get tickets two ways. The first is to buy them directly from Hobbiton, these don’t include transportation and do sell out. The second, easier way, is to book a tour. This way you don’t have to rent a car and drive. There are lots of tour options, I picked a tour that paired Hobbiton with a tour of Te Puia in Rotorua. 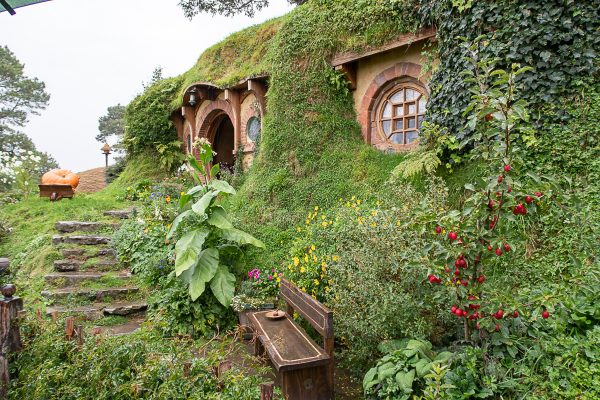 Even if you haven’t read the novels or seen the films, you will probably enjoy being transported to such a fantastical place. The set has a great back story. Peter Jackson used a helicopter to scope out land for a set for The Lord of the Rings series when he came upon several acres of land that was perfect. It was located on the Alexander family’s sheep and cattle farm. An agreement was reached and a temporary set was build and used for The Lord of the Rings movies, and then it was torn down. 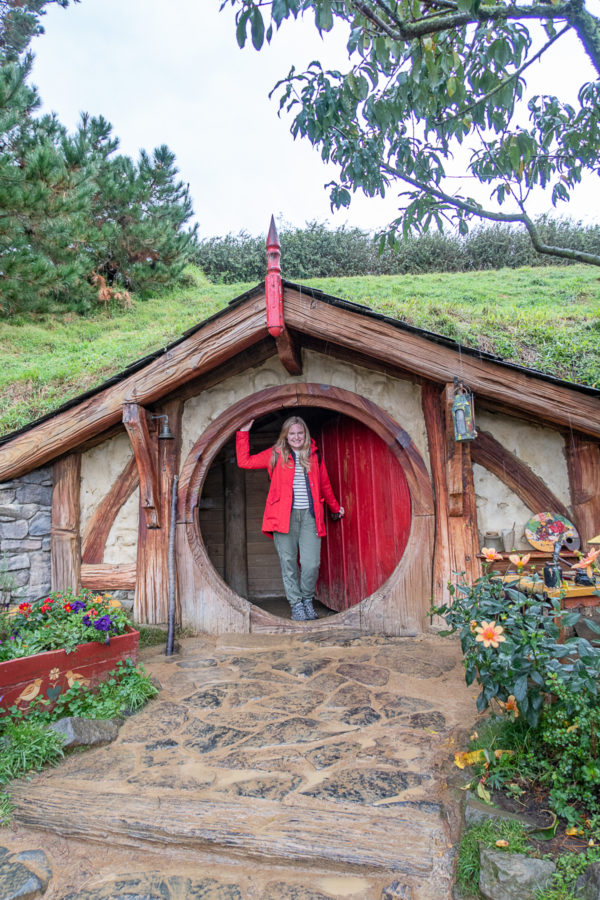 Years later, when it was time to film The Hobbit, the set needed to be rebuilt. Instead of building another temporary set, two years were spent constructing a permanent set with real materials. The Hobbit set was a meticulous recreation of The Lord of the Rings set. 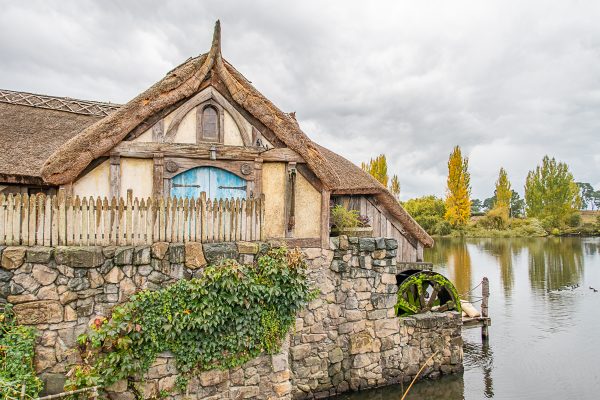 The tour of Hobbiton is a guided tour that lasts 45 minutes. There are plenty of photo opportunities. I was most impressed by how many flowers, vegetables, and plants are growing in Hobbiton – they are all real and cared for by a team of gardeners.

The tour ended at The Dragonfly Inn pub, where they serve beers created specifically for Hobbiton. 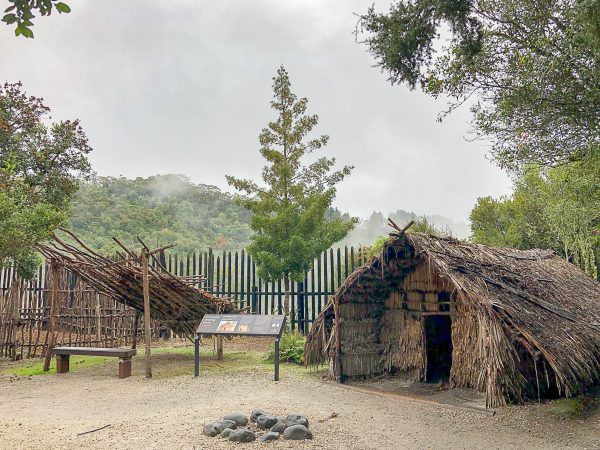 Te Puia is a Maori cultural center in Rotorua. This is an easy add on to your trip to Hobbiton. The Maori were New Zealand’s first settlers and in recent years the New Zealand government has been taking steps to try to preserve the Maori culture. 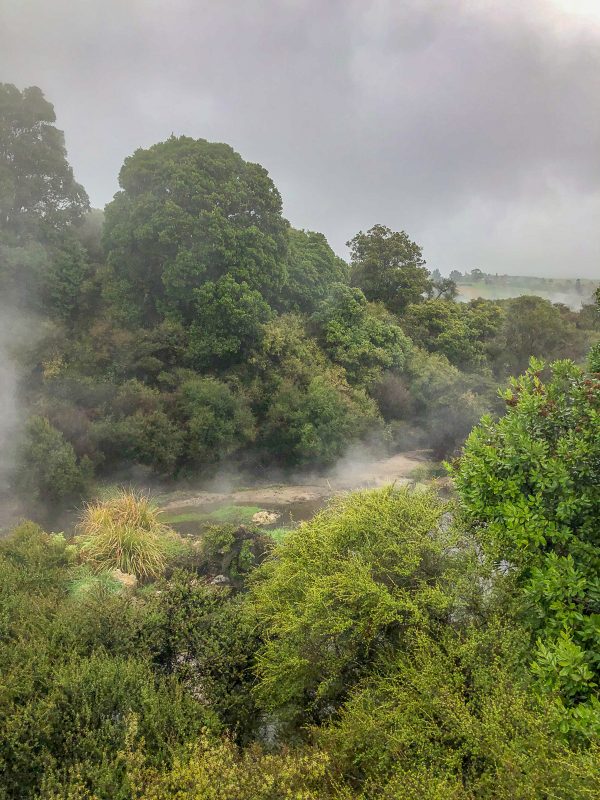 The guided tour at Te Puia gave me insight into how the Maori used the geothermal land to their advantage, how they have lived, and how their arts and crafts are being handed down to today’s generation. 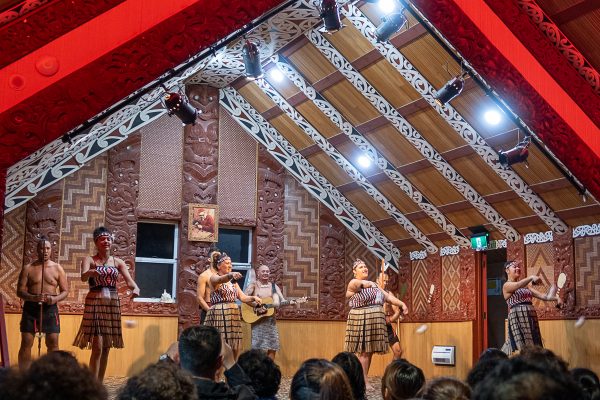 We also got to see a performance of Maori songs and dances which showed how Maori traditions are alive today. If you listen to the 101 Day Away podcast – I embeded a link at the top of the post – you can hear excerpts from the performances.

I love a free walking tour because it gives me a local’s insight into the city and it helps me to learn my way around. My tour was led by a friendly college professor named Darcy. I especially liked visiting the Women’s Suffrage Memorial in Khartoum Place. Darcy explained that New Zealand was the first nation to give women the right to vote. 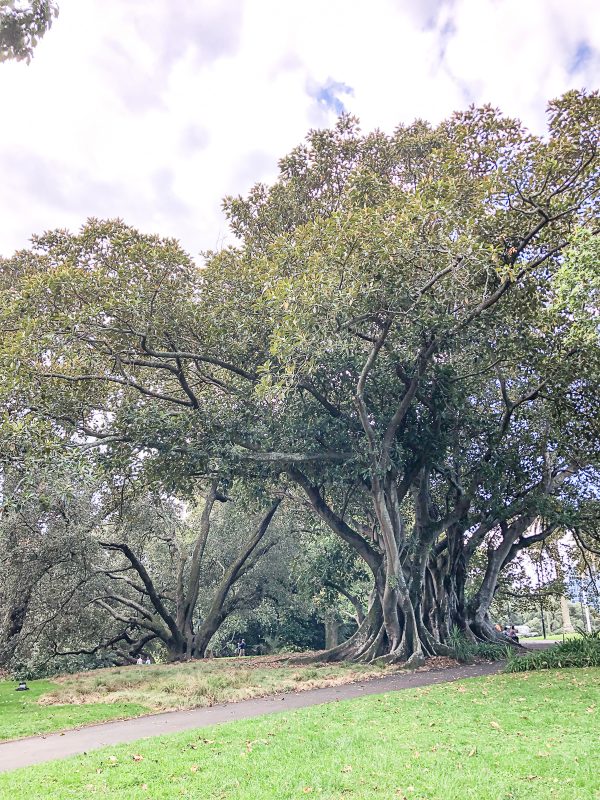 This park in downtown Auckland is filled with trees from different countries. It’s a relaxing place to hang out, eat lunch, or just hang out. 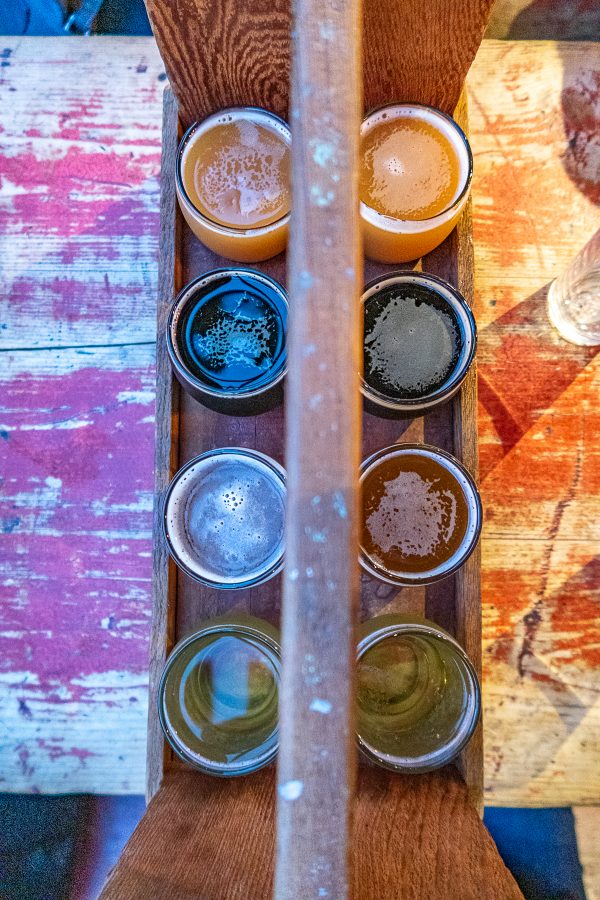 Darcy, my tour guide from the Auckland Free Walking Tour also hosts this tour that combines the history of New Zealand with stops at five historic Auckland bars. I didn’t have time to do this tour, but Darcy was really great, and I am sure that this tour would be fun. 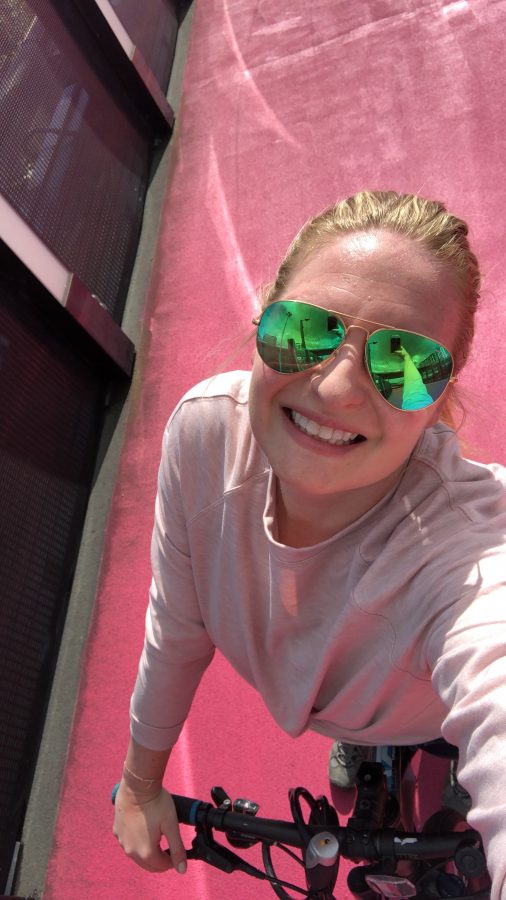 Bike on the Pink Bike Lane

An old highway onramp has been painted bright pink and converted into a bike and pedestrian lane. The pink bike lane connects to other bike lanes that from a loop that runs around the city and along the wharf. I chose to bike, but you could also walk or rent a scooter.

If you want to bungee jump, you can bungee jump off of this tower. I didn’t.

I didn’t have time to do this, but I heard wonderful things about this museum. The museum combines New Zealand’s history with war history and natural history. 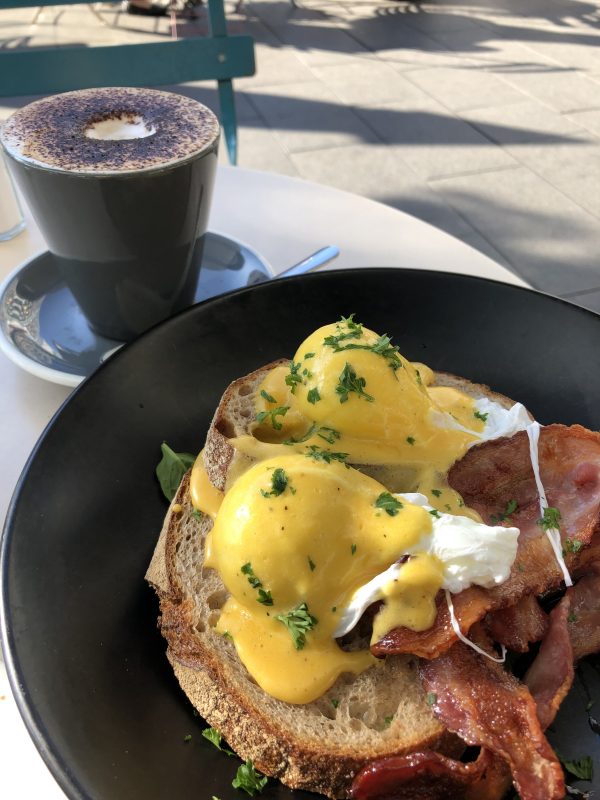 This shopping area has a market on weekends and is filled with shops and restaurants. I loved getting breakfast at L’Assiette a French café that has the very best Eggs Benedict.

I stayed at this Airbnb located on Emily Place. It had a prime location and great amenities. 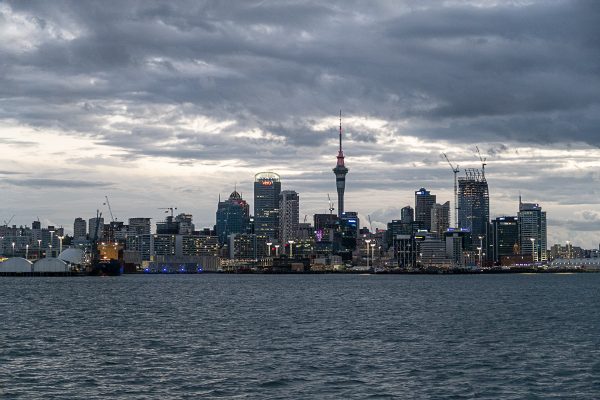 Have you been to Auckland? Do you have anything to add to this list of what to do in Auckland? Let me know in the comments!

Hello from New Zealand
What to do in Queenstown