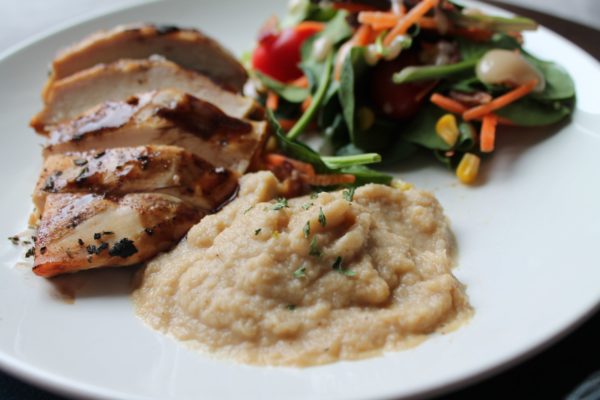 This recipe for vegan cauliflower mash is so creamy, that you would never guess that it is dairy-free. Cauliflower is the big new vegetable trend. It is popping up on restaurant menus all over the city. Its roasted, turned into a gratin, or mashed. Brussels sprouts were the come back vegetable of 2013 and cauliflower is here to take their place in 2014. Charles and I discovered cauliflower mash at Friendsgiving. Many people mistakenly thought that the cauliflower mash was mashed potatoes. This inspired me to make it myself. 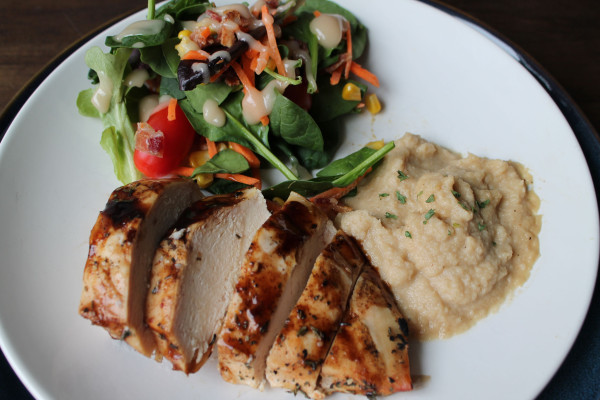 Step 2:
Be patient. It will take a while for the cauliflower to brown. Stir frequently, until it is a light golden brown.

Step 3:
Add the sherry and the garlic to the pan. Cook for another 8 minutes or so until the cauliflower is a rich caramelized brown.

Step 4:
Place the browned cauliflower in a blender. Add 1/2 cup of broth. Blend together the chop setting. Add more broth until the cauliflower reaches the consistency you desire. I added just about one cup of broth.