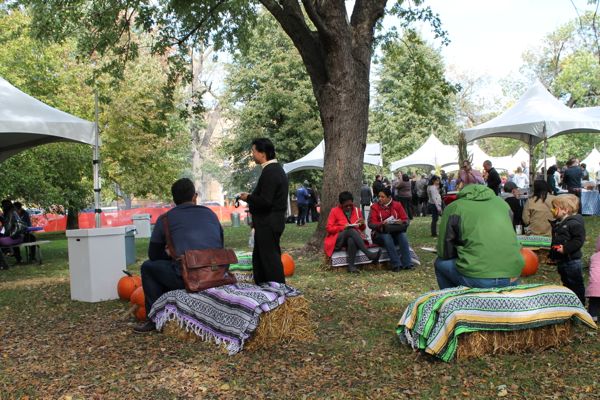 The Taste Talks came to Chicago this year, and I hope that they are here to stay. The 3 day food festival was presented by Mario Batali and was curated by Paul Kahan (of Blackbird, avec, The Publican, Big Star, Publican Quality Meats and Nico Osteria). The weekend kicked off with a dinner on Friday night, continued on Saturday with 14 different panel discussions and workshops followed by an underground dinner, and things wrapped up on Sunday with the All-Star BBQ and a closing night party. Attendees had the option of buying tickets to individual events (starting at just $10) or purchasing passes to attend multiple events. “The Kitchen Sink Pass” included tickets to all 3 dinners, all of the panels and workshops on Saturday, and Sunday’s BBQ was sold for $385. It is a bit of a deal if you want to spend your entire weekend indulging in food. 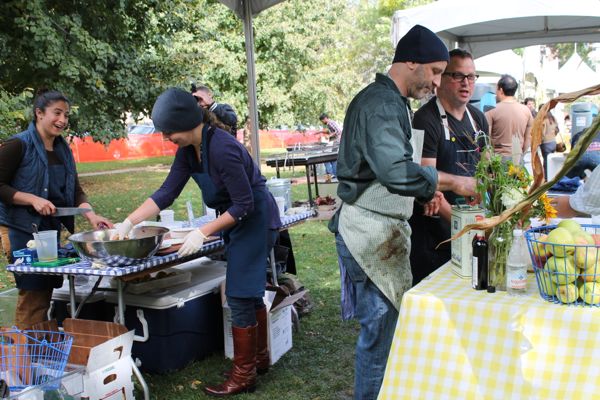 Two of my dearest friends got married on Saturday (I even introduced them!), so the Saturday events were a no-go but I did attend the All-Star BBQ on Sunday. I arrived at the BBQ knowing exactly which chefs would be there and what they would be serving. Oh the organization! I felt so spoiled. This level of organization also meant that all the chefs prepared something totally different, including: bison heart, grilled goat, clams, short ribs, lamb, pork shoulder, and blood sausage. Plus there were two incredible desserts, and a pie bake sale. Goose Island’s truck was on site with beer available for purchase. What more could I want? 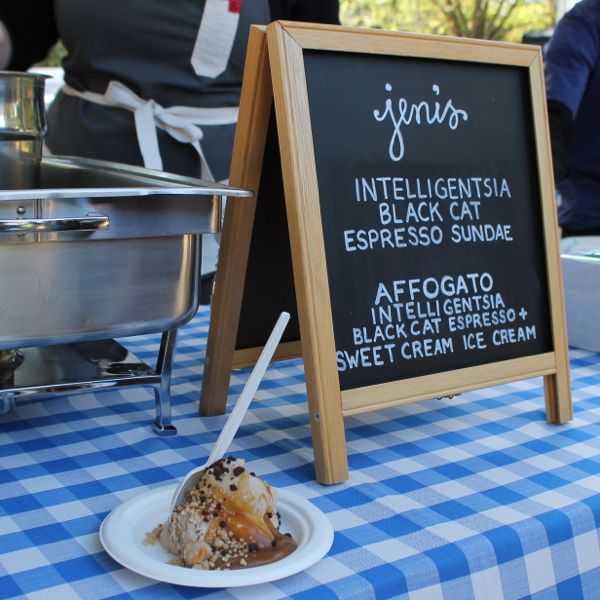 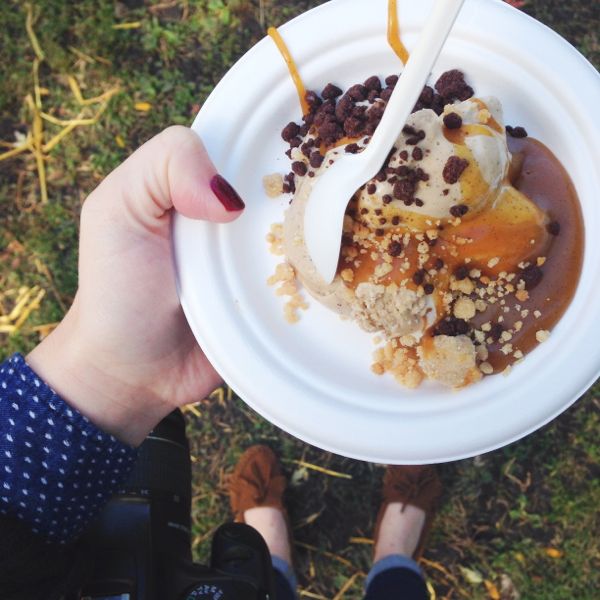 Some might say that the desserts stole the show. Jeni Britton Bauer of Jeni’s Splendid Ice Creams collaborated with Intelligentsia Coffee to serve up Intelligentsia Black Cat Sundaes with Caramel Sauce, Salty Graham Cracker Gravel, and Chocolate Blackout Gravel. Or you could choose to have an Affogato made with Intelligentsia’s Black Cat Espresso poured over Jeni’s Sweet Cream Ice Cream. I opted to have the sundae because I love caramel, and I had been thinking about the sundae ever since Jeni mentioned it in her interview. I savored every bite. 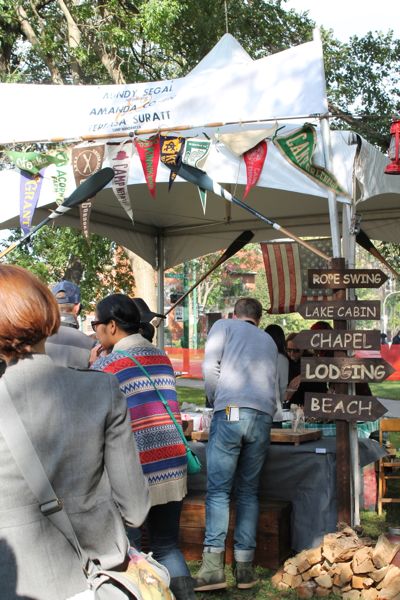 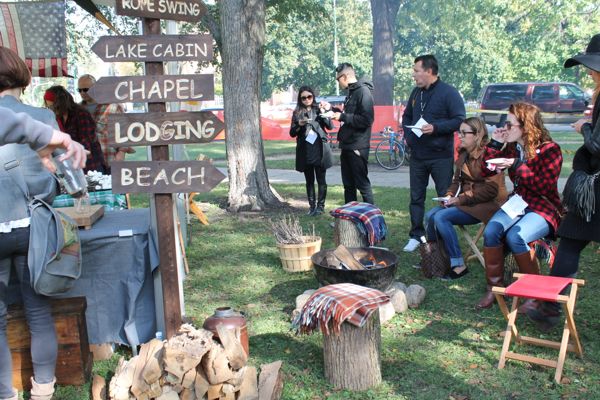 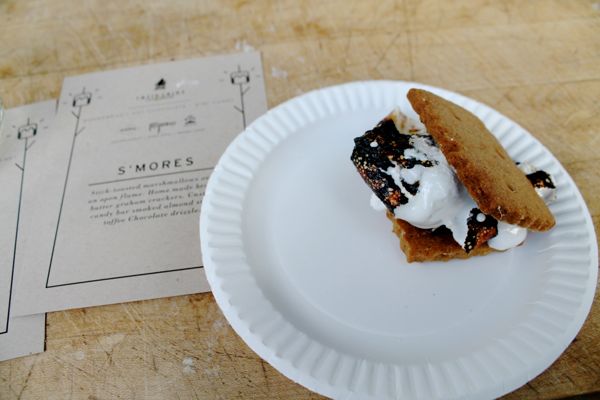 The second dessert was equally memorable. Mindy Segal of Hot Chocolate, Amanda Cohen of Dirt Candy NYC, and Tereasa Suratt of Camp Wandawega (words can’t describe its coolness) collaborated to make S’mores that were nothing like the ones you had as a kid. The graham cracker was made with brown butter and had more of a cookie-like consistency. The marshmallows were freshly made. And the chocolate, oh goodness the chocolate, well Mindy made a special almond milk chocolate that melted just perfectly. This booth also had the most personality. It was decorated like a campsite and it looked like something out of a Wes Anderson film. I am a bit sad that these S’mores were the product of a one day collaboration, they were a winner. 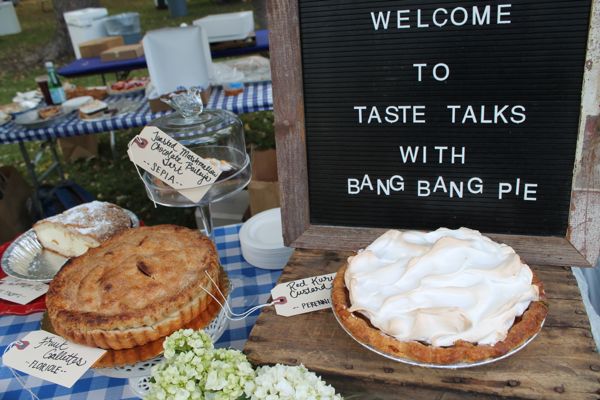 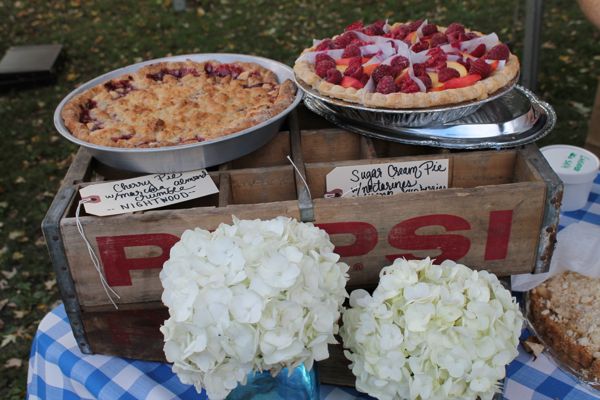 Then, because I clearly hadn’t had enough dessert, I hit up the Bang Bang Pie Bake Sale which was selling slices of delicious pies from various restaurants for $5 to benefit No Kid Hungry. Charles loved the Apple Crumble Pie from Sepia that I brought home for him. I thought that the S’mores Pie was phenomenal, especially when served warm. 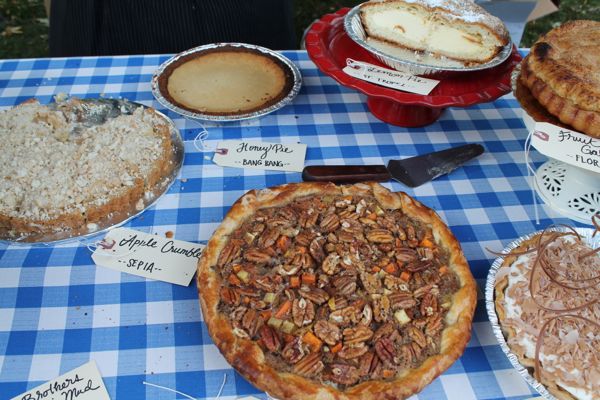 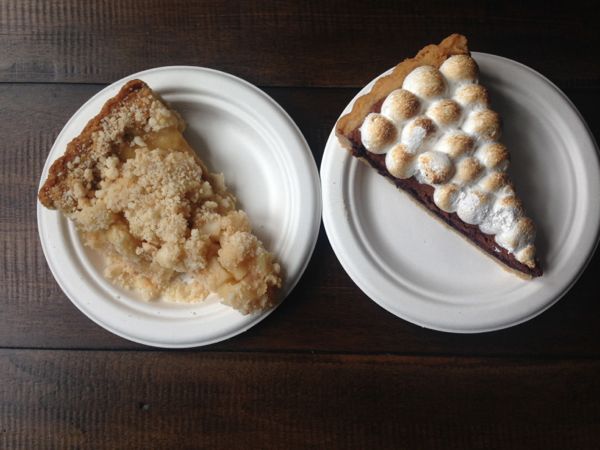 I thought all of the desserts were stellar, but there were also 8 stands of barbecue. It is hard to pick favorites since the chefs created vastly different dishes. The Wood Grilled Porchetta from Bub City was beautifully cooked. It was so tender it practically melted in my mouth. 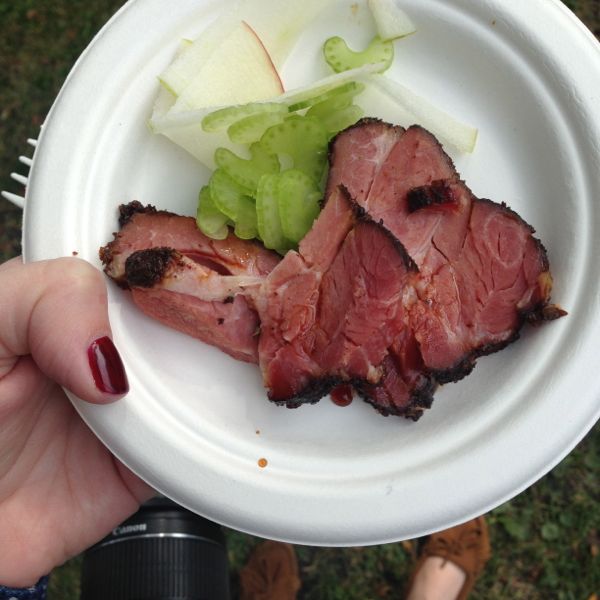 Lee Wolen of Boka and Beth Eccles of Green Acres Farm prepared Grilled Squash with Ricotta and Blood Sausage was a fun, and very seasonal pairing. I had never thought to grill squash before, but it had a nice smokey flavor. The ricotta was really smooth and creamy. Capturing all the elements in one bite was a successful combination of tastes and textures. 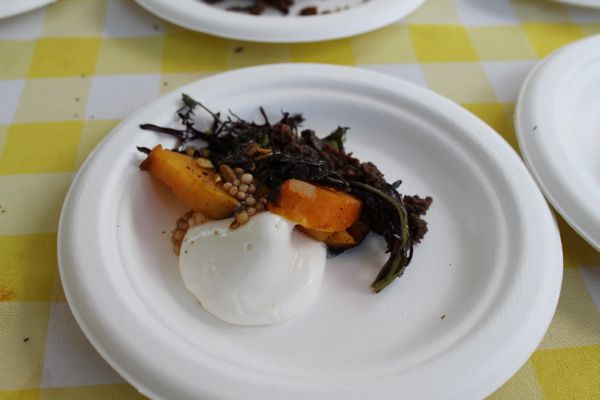 Three Dots and a Dash (my new favorite bar) created Capri-Sun like cocktails. Mixologist Paul McGee has mastered the art of creating cocktails that have kick without tasting too strongly of alcohol. McGee was serving his cocktails along side Jason Hammel (of Lula and Nightwood) who prepared a lamb and pancetta pita with smoked fig, red onion, queso fresco, and chile crema. I don’t love lamb, but this was great. The smoked fig added lots of flavor and a hint of sweetness to the dish. I was starting to fill up, so I opted to eat all the insides out of the pita to save room. 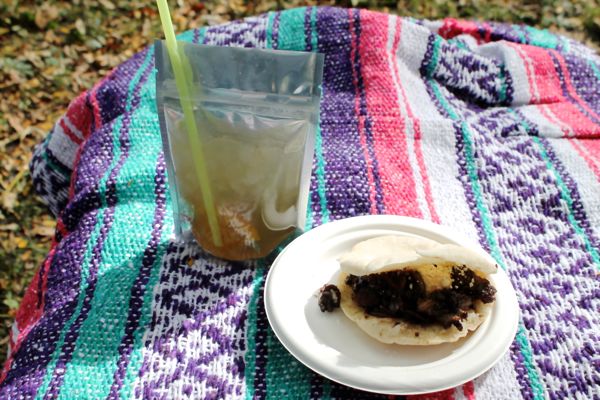 Chef Edard Kim (of Ruxbin and Mott Street) prepared a Korean BBQ Short Rib. He instructed everyone to wrap everything in the mint leaf and eat it. I am a big fan of Korean BBQ and the sweet spicy short rib was great. 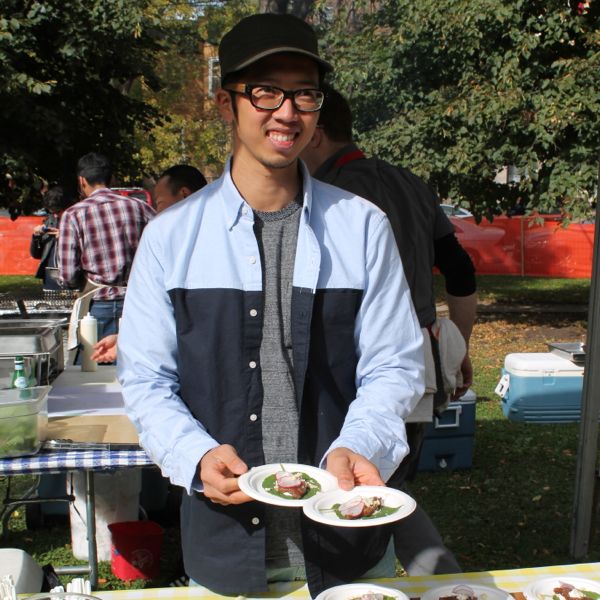 Short Rib was also on the menu at the tent manned by Paul Kahan and Marc Vetri (of the Vetri Family restaurants in Philly). This short rib was smoked and served with spicy pickle. The mix of tastes was very different from Edward Kim’s short rib, and it was fun trying the different preparations. This short rib had a smokey taste and the apple lent a bit of sweetness. 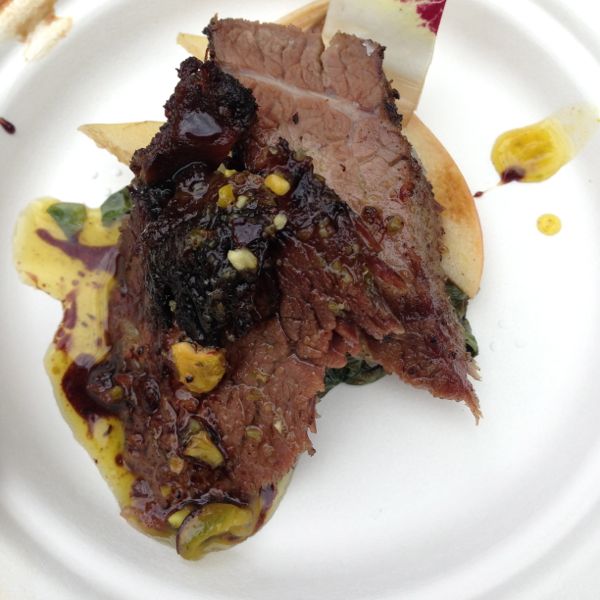 I had a fantastic afternoon at the All-Star BBQ, and even though Chicago has so many foodie events, the Taste Talks earned their place on my calendar. The one criticism I have is that the timing (being just after Chicago Gourmet) wasn’t ideal. It is hard for even the most devoted foodies to spend two consecutive weekends attending events. Let’s not even talk about the weight gain.

Did any of my readers go to the Taste Talks in Brooklyn? I am curious to hear about it.

I was given a media pass to attend the Taste Talks All-Star BBQ. The opinions expressed are all my own.