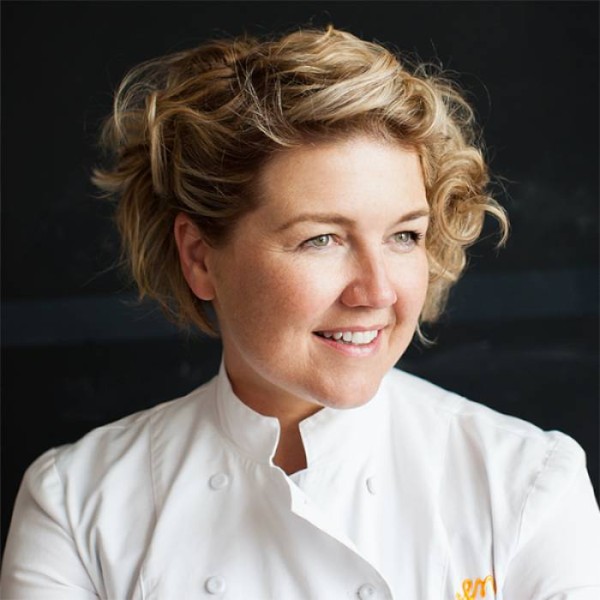 Jeni Britton Bauer is the Founder & Chief Creative Officer of Jeni’s Splendid Ice Cream, which has a cult following in the Midwest. When she was 22 she began selling homemade ice cream at North Market in Columbus Ohio, and in 2002 she opened Jeni’s Splendid Creams. Since that time, her brand has grown to include shops in Cleveland, Columbus, Chicago, Nashville, Charleston, Atlanta, and New York City. She has authored two cookbooks, and ships ice cream all over the US.

I first discovered Jeni’s Splendid Ice Creams (they truly are splendid) when she opened a shop in Chicago. Her ice cream was unlike anything I have ever tasted, and as Jeni explained, it is because no one else makes ice cream the way that she does. As a huge fan of Jeni’s work, I was so excited to speak with her. I asked Jeni what inspires her, what her favorite flavor combination is, and what we can expect from her session at the Taste Talks in Chicago on Saturday. Jeni also gives some fantastic and encouraging advice for entrepreneurs. 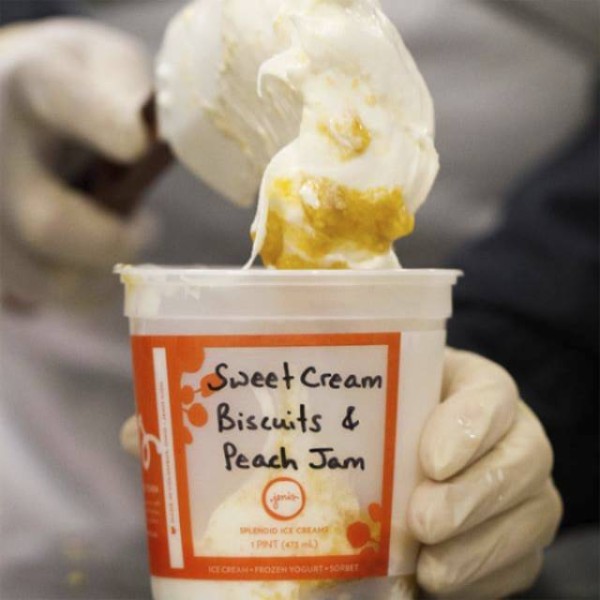 What inspires new flavors?
I am very inspired by pop culture and by what other people are inspired by, and what is going on around me. Whether is the the royal wedding or hundredth anniversary of the Rite of Spring, which was groundbreaking work. I am inspired by history and travel, flavors from gardens, art and color. I like to make pretty ice creams too. There are many things that we can make that aren’t beautiful. There are some things we could make, but don’t, because the color is bad. 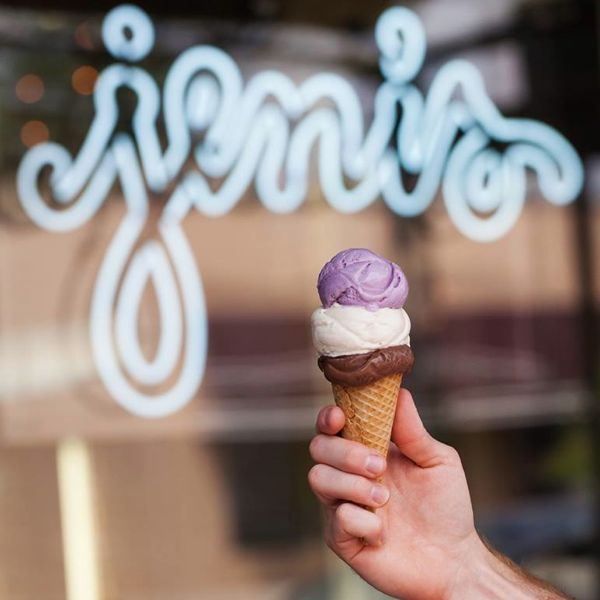 One of the things I love about Jeni’s is that everyone at the store encourages customers to try different flavors and to come up with different combinations. What is your personal favorite ice cream combination?
One of my favorites is lemon yogurt, and our dark chocolate. A half a scoop of each. I always go for that. Or I will do a sundae, we have an amazing Intelligensia Black Cat Espresso, so that with hot fudge or caramel and a lot of whipped cream. Our hot fudge is really good, it is a lot of chocolate and has no cream. [Lemon and Dark Chocolate is also Charles’s favorite, mine is Salted Carmel and Whisky Pecans] 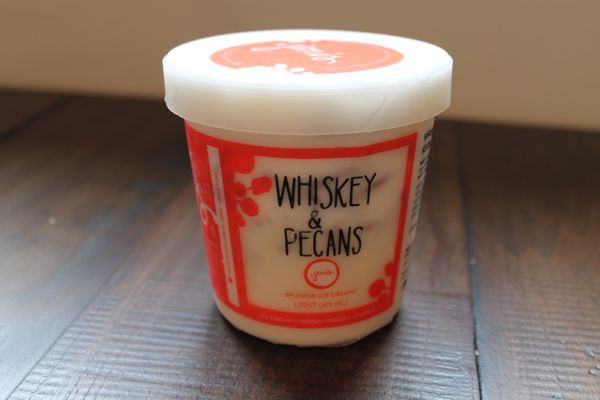 My vegan friends wanted me to ask if you any dairy-free and vegan flavors are in the works?
We do some sorbets and I have been trying to crack the code of vegan ice cream. There is one in the cookbook that just came out, that comes out really well. But it is heard to make on a larger scale. We are working on it.

Everyone here in Chicago wants to know if there will be more stores opening in Chicago.
I don’t know. We love our Southport shop and we are always looking for stores and great neighborhoods. [I might have suggested that she open a shop near my home…] 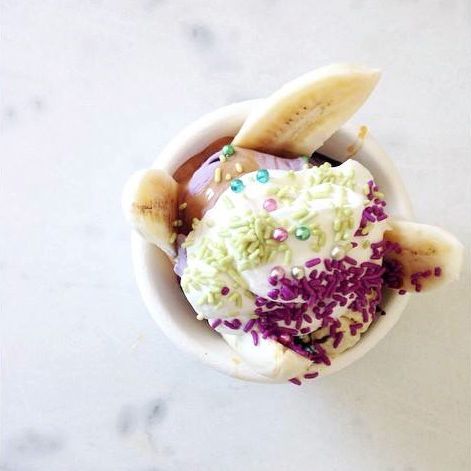 Did you expect the success of the Chicago location? There is always a line out the door.
We didn’t know what to think. Especially with winter, I spent a lot of time in Chicago, I grew up in Peoria. We thought Chicago was amazing and we would see what would happen. We didn’t expect it to be as busy as it was in the winter.

When you were starting out, I would imagine that there were naysayers who said that your prices were too high. How did you convince them that the premium ingredients and quality was worth the price, and that it would sell?
I did one taste at a time. I started with off of nothing and lived off of almost nothing and I gave samples. It went very slowly. I don’t remember ever hearing a complaint and it was because I didn’t try to get big very fast. I served the ice cream and I learned from the customers. I became very customer centric. It is really important for entrepreneurs to spend boots on the ground time with customers. Our price point was created by listening to customers. 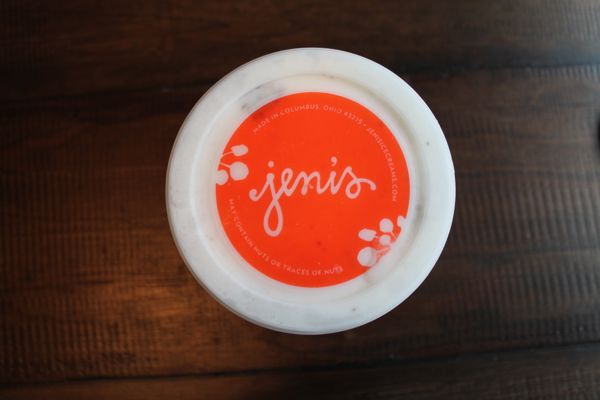 Who inspired you by their example, and what did you learn from them that made your endeavor possible? (thanks Cameron Whitehouse for this question)
I am very interested in what women are doing in entrepreneurship right now. I like the women who fall between the Martha Stewarts and pretty tv stars. It seems you are either pretty and perky or hang with the dudes- tough rough and tumble, and I am really interested in that space in between that for women, which is more attainable. I know a lot of women in the chef world that are doing that.

I love Jenna Lyons. I love how her and Steven Drexler work together. And Bobbi Brown, I just think she is great. I don’t wear a lot of makeup but I love how people at the makeup counter seem like they know her. I have a ton of chef friends. I am also inspired by Stephanie Izard. I am usually inspired by women.

Almost half my life ago I jumped off the ice cream cliff and willed this to happen. It is important to start. You just have to keep going, eventually you will either get better or people will come around to you. 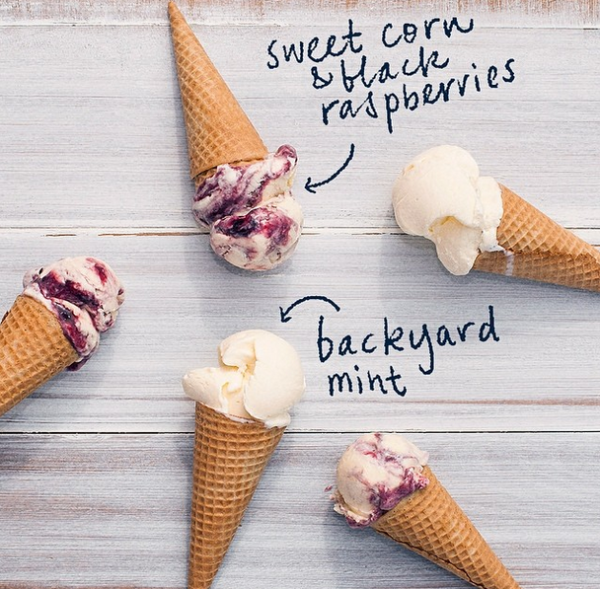 I read up on how you make the ice cream, and from the milk that you use, to the temperature, and the equipment you use, it sounds like a scientific process. Are you mostly self taught?
I am totally self taught. I pursued people who could help me. You can’t go to chef school and and learn how to make ice cream. It is a different process for a restaurant. We need it to be scoop-able at home. You cant go to college to learn to make ice cream. You can get a dairy science degree, but they have different quality concerns. We care very deeply about the ingredients. It is very scientific. It isn’t cupcakes – not everyone can do it, it is totally different. It is like making cheese. It is complicated. We take milk apart and put it back together. There are only a few ice cream makers that make their own ice cream base from scratch. Before we had this passion, it was unheard of that an ice cream maker would make ice cream this way. We created it to melt perfectly on your tongue. I tweak the base recipe all the time. I just did a big test this week I am trying to improve this that constantly. 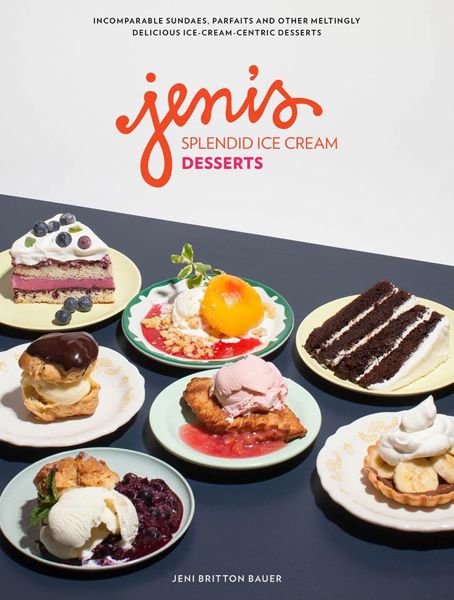 If you could go back now, and give yourself advice as you were just starting out, what would it be?
I would say is quit second guessing everything. I still went forward. Go forward is a trademark of mine. I made it harder on myself because I doubted. I never parted from the course I was on, but it would be easier emotionally if I was just like: this is what I am going to do and it is going to be ok. Nobody believes in you when you are young, but you always know what you should do.

You will be in Chicago this weekend for the Taste Talks and you session is called Free-Styling with Ice Cream Desserts. What can we expect from your session?
In both of my books, I wanted that what you make at home to be very much that once you get this base flavor down, you can make whatever you want. You can tell your own stories through that. We can build desserts with that. It is what you put in it, and what you put with it. Ice cream is often the accessory. If you have great chocolate cake, the ice cream can define it. You can put salty caramel on it. My uncle always salted his cake, and chocolate and salt is really great. The idea is foundational recipes that become your own thing. You can go your own way with it. I try to encourage tinkering. You can do different things with ice cream whether you make it your self of buy it from us. 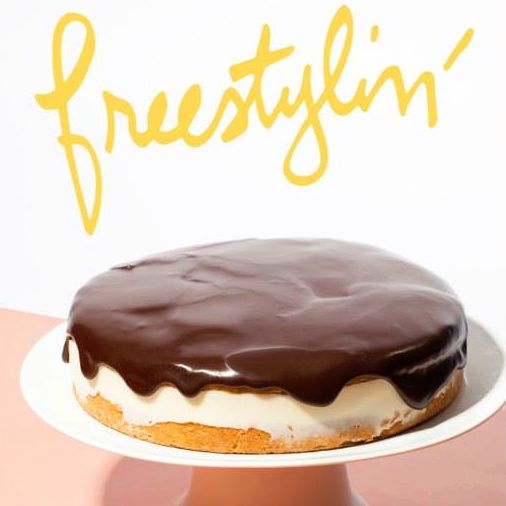 Do you have any favorite Chicago restaurants that you will be visiting? Are there any Chef’s at Taste Talks that you are excited to meet?
I just love Rick Bayless. I would say that he is a mentor from afar. I don’t know him. I talk to him sometimes on Twitter. I think that he is a great American food guy. People look up to him because he is a great guy. He has a nurturing welcoming personality. He is always game.

I love Girl & the Goat. [Chef Stephanie Izard is participating in the All-Star BBQ on Sunday]

Amanda Cohen, I have been to Dirt Candy. Her restaurant is amazing and tiny. She helped me get a table, otherwise it is booked forever. She does all vegetable cooking and I love her book.

One thing I have to say is that it is really cool that there are a lot of women participating [in Taste Talks]. That is really wonderful.

For more information and tickets to Jeni’s Taste Talk session, Free-Styling with Ice Cream Desserts: Put the pint down wild ways to take your desserts to the next level, follow the link.

I would like to send a gigantic thank you out to Jeni for sharing her time and her story with me!