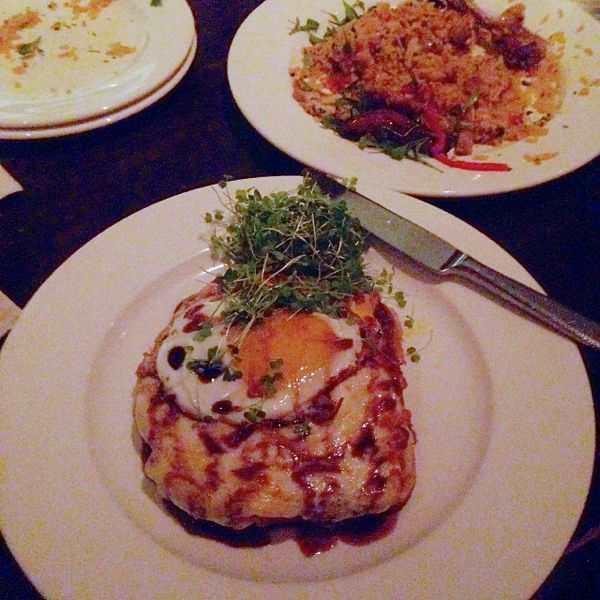 “Don’t talk to me right now. This sandwich and I are having a moment.”

On our second night in San Juan, Charles and I followed the recommendations given to us by Caroline from Spoon Food Tours. She said that at night the fruit market turns into a giant street party, and that two excellent restaurants were right there. The first restaurant she recommended was Jose Enrique, but when we arrived at 9pm the place was so busy that they were no longer adding names to the wait list.
Charles and I made the short walk to Caroline’s second recommendation, Santaella. At first glance, Charles was convinced that it was closed. But then we spotted the valets at the valet stand, and realized that the restaurant was indeed open, but they want to give the place a secretive speak easy vibe by making it look closed. 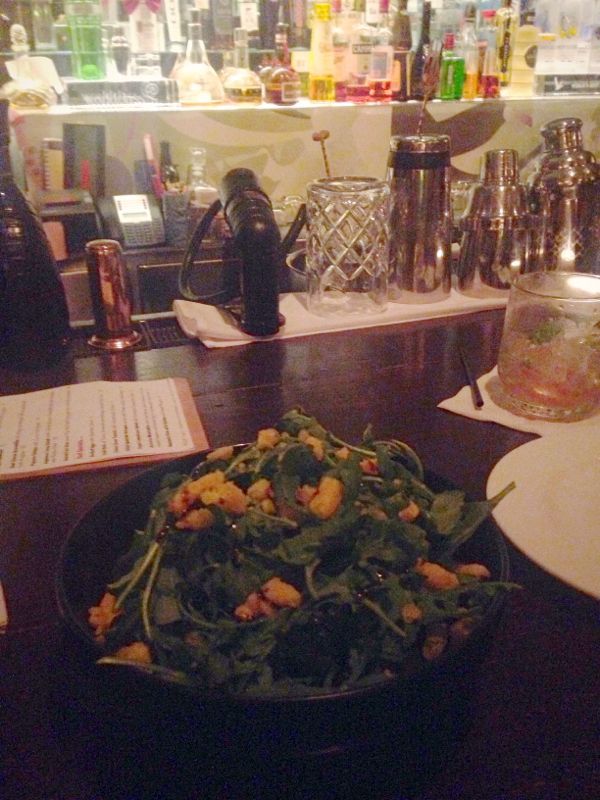 While Jose Enrique was a casual local hangout, Santaella was more upscale and elegant. We were told the that the wait for a table might be up to 90 minutes, but we were able to secure seats at the bar almost immediately. Santaella is known for its cocktails and the trio of bartenders were stirring up drinks with dramatic flare. We were glad that we got to sit and watch.
Charles ordered a vodka drink made with frozen watermelon and mint. I had a beer. When given the opportunity, it seems Charles will order the pink drink and I will get the beer. We are cool like that. I will happily admit that the beer was a bad decision since the pink watermelon drink was fantastic. I want to learn how to make it at home.
Santaella’s menu consists of smaller bar bites, chef specialities, salads, and larger entrees. The cuisine is a mix of local classics and current trends with a bit of European influence. By now Charles and I had learned that the portions in Puerto Rico are huge, so we ordered 3 of the smaller items to share. 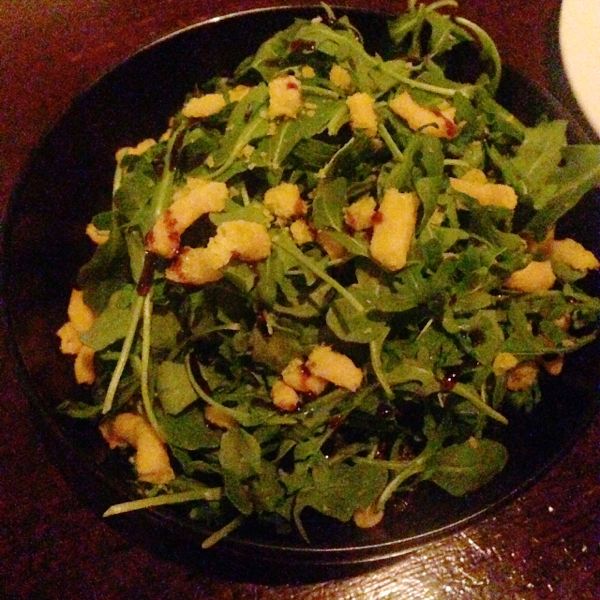 We began our meal with the Warm Brussels Sprout Salad and oh my goodness I need to learn how to make this, warm crispy Brussels sprouts, dressed with a sweet balsamic reduction were topped with cashews, white sharp cheddar, pancetta, and arugula. At first glance the salad looked like just arugula drizzled with balsamic, but as you dug into it you kept finding more treasures. I loved how simple and uncomplicated this dish was. 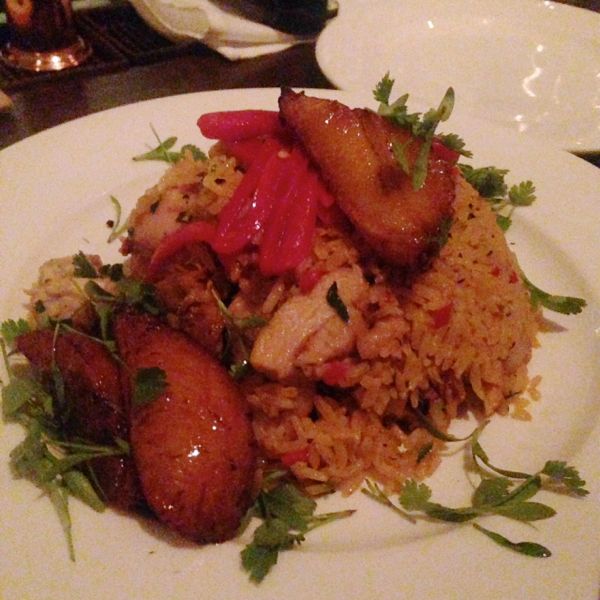 Next we had the Chicken with Santaella Rice and Plantains since we wanted to try something a bit more locally inspired. For what this was, it was great, but the other two items we tried were far better. 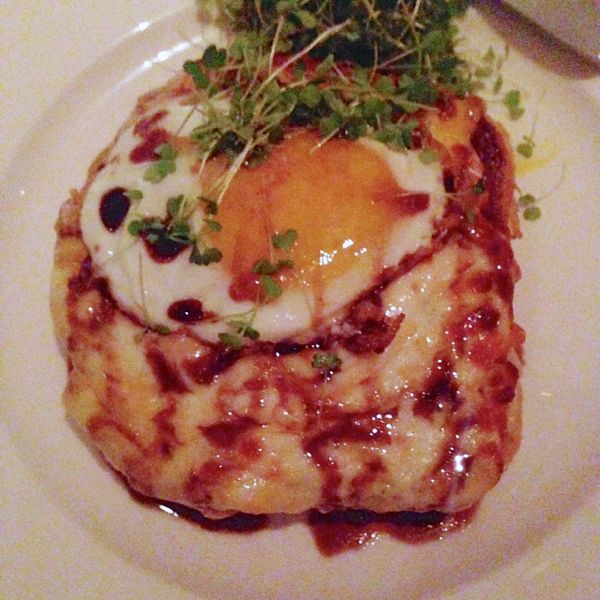 The part of the meal that was most memorable was the Croque Madam. It was as if the cheese gods descended and made the perfect sandwich. You know how I feel about grilled cheese, and you are familiar with my obsession with sunny side up eggs, and a Croque Madam combines the two. This sandwich had fresh brioche-like bread, that was generously buttered and perfectly toasted, stuffed with a creamy brie and speck (speck is a type of ham and it essentially the cross between prosciutto and Canadian bacon). Then the sandwich was topped with more cheese and cooked under the broiler until that upper layer of cheese was beautifully browned and slightly crispy. That then was topped with a runny sunny side up egg. Sandwich heaven. Conversation stopped, I just wanted to completely savor every bite.
We ordered just the right amount of food, and after dinner we went to go join the locals to drink beers in the street. It was a fun way to experience the local culture. Apparently the thing to do on Thursdays, Fridays, and Saturdays is to get dressed up and party in the square surrounding the fruit market. The bars were full with people spilling out into the streets, bands played, and people were dancing. We were the only tourists; we were immersed into the local culture and it was a fitting end to our time in San Juan.
Next week we are heading to Vieques, a small island full of beaches and adventure.