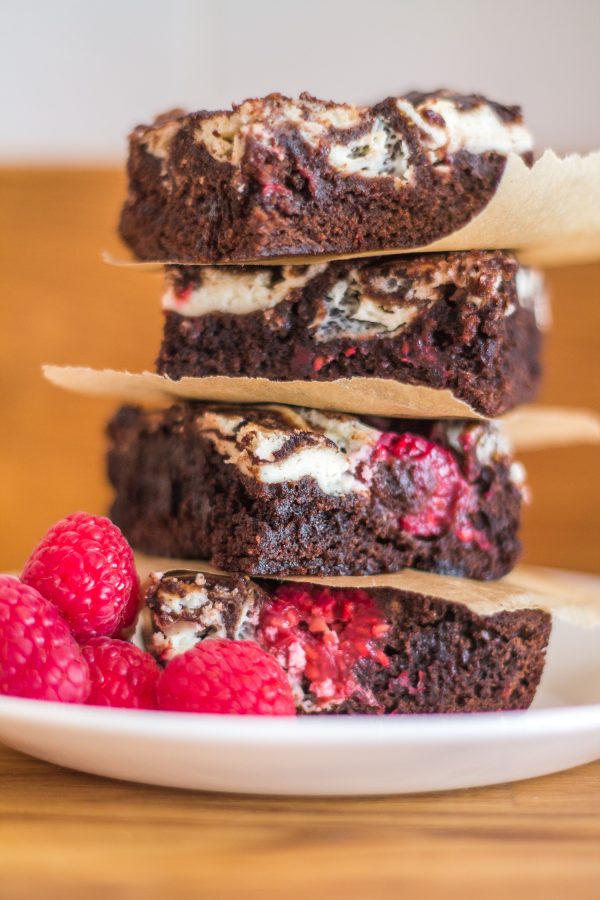 Brownies are underrated. I am pretty sure that 99% of humans love brownies. And brownies are the easiest! Let me share my secret – I always start with a box of brownie mix and then add my own twist to turn them into something special. You can make these Raspberry Cheesecake Brownies with just 10 minutes of preparation time. But your friends will definitely think that you made them from scratch. 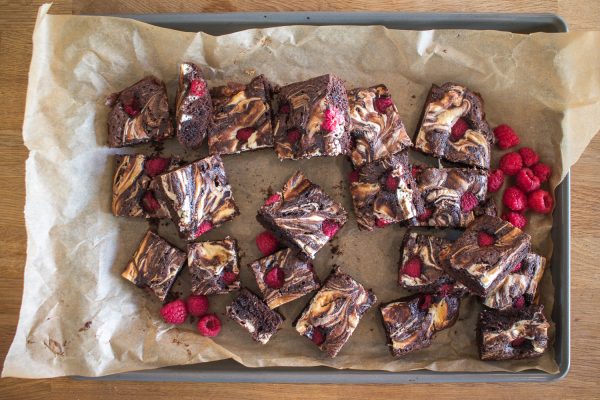 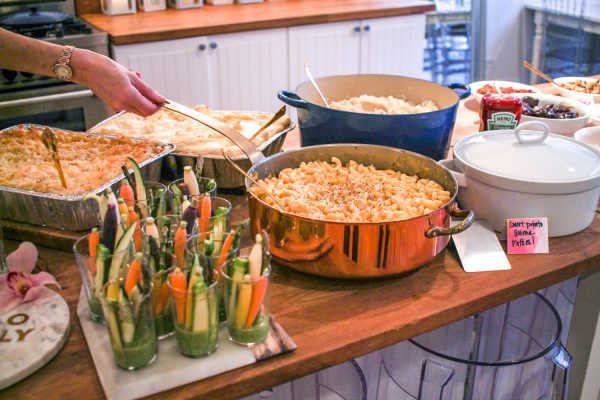 I made these brownies to serve at Mac & Mash, a macaroni and cheese and mashed potato themed party I threw with my friend Debi. I thought that I should bring something sweet to our carb party, so I whipped up these brownies and they were a huge hit. 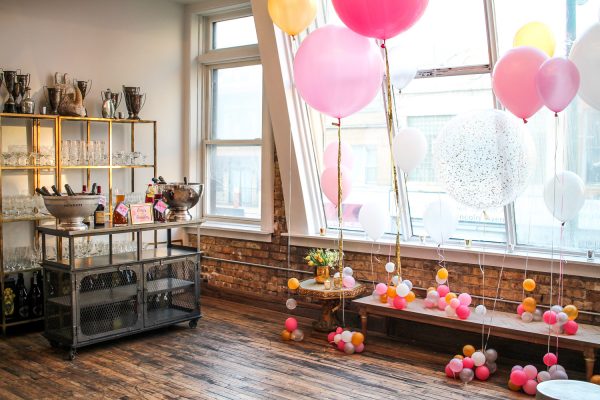 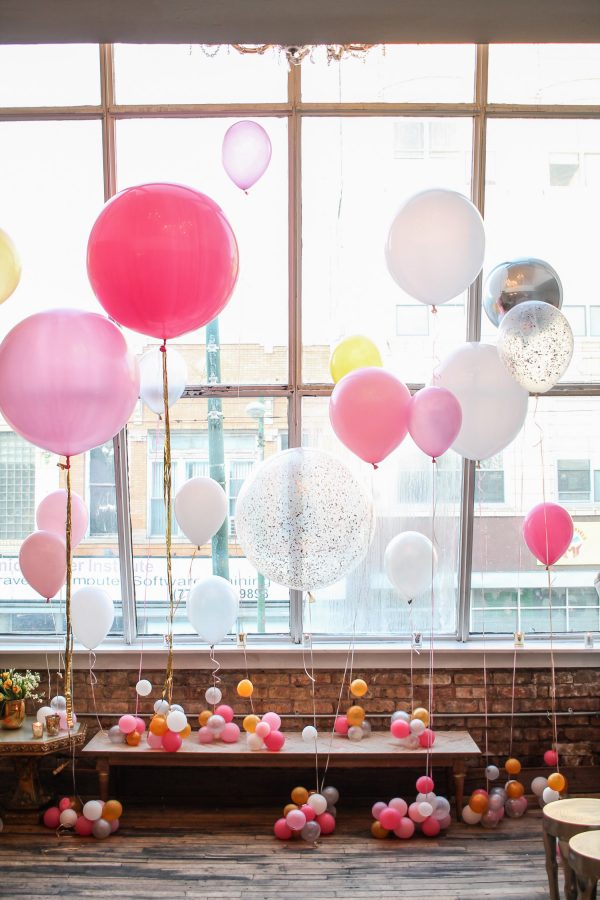 Debi owns the most gorgeous event space, DL Loft. It’s the perfect party venue, and Debi always has fun and festive party decorations. For our party, we invited party guests to bring their best macaroni and cheese or mashed potato recipe. 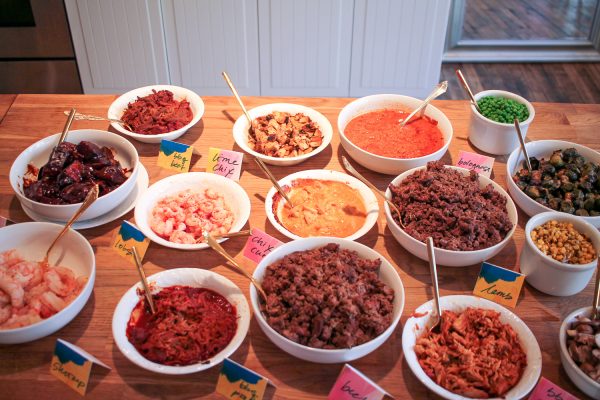 Debi sourced lots of toppings for the mac and mash. This party theme worked well because the same toppings can be used for mac and cheese and mashed potatoes! Plus, who doesn’t love carbs? 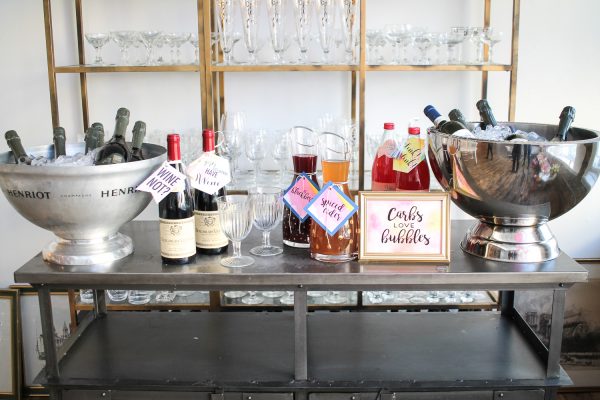 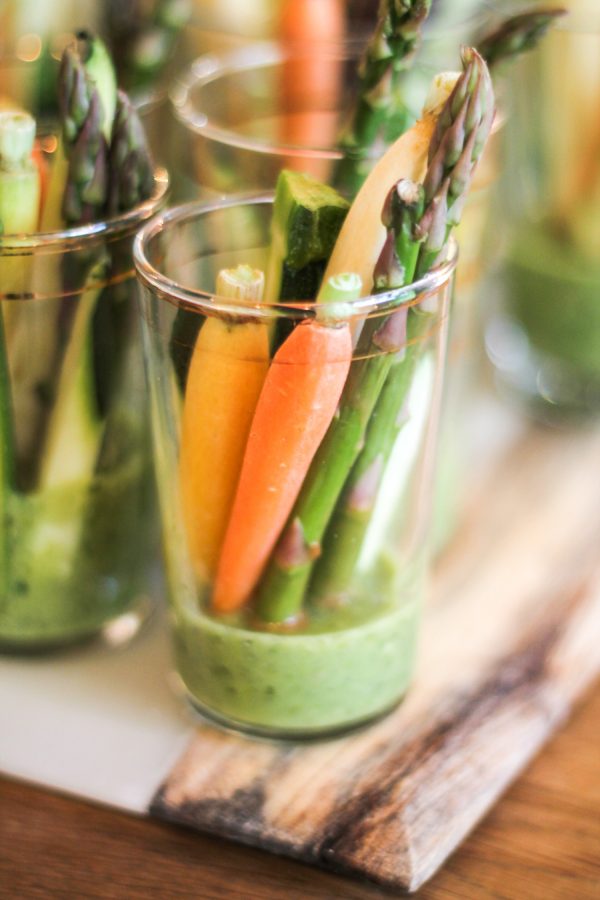 And how cute are these cruditè cups?! 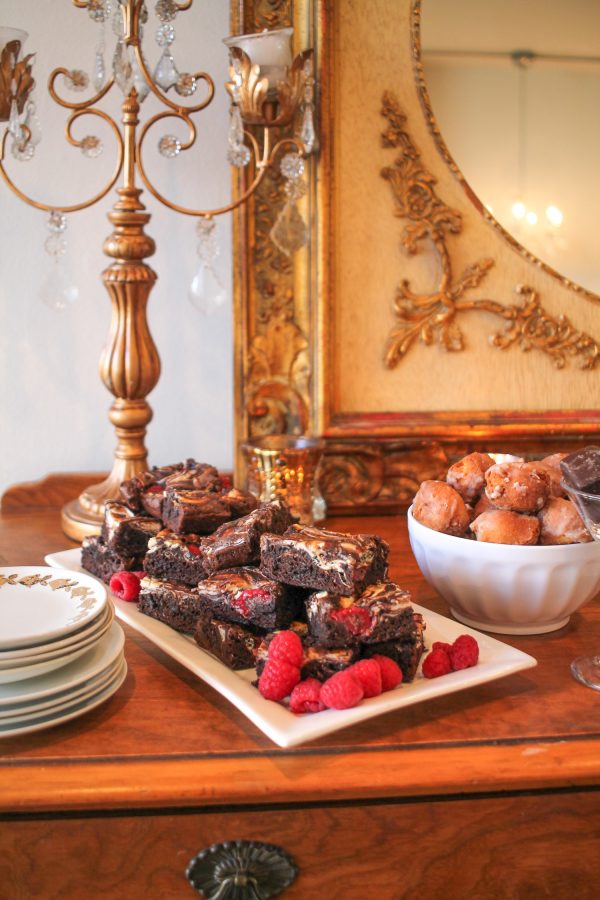 The Raspberry Cheesecake Brownies joined other sweets on the dessert table. Mac and Mash was so much fun! It was a casual party where I got to hang out with friends and meet some new friends. What more could you want on a Thursday night? 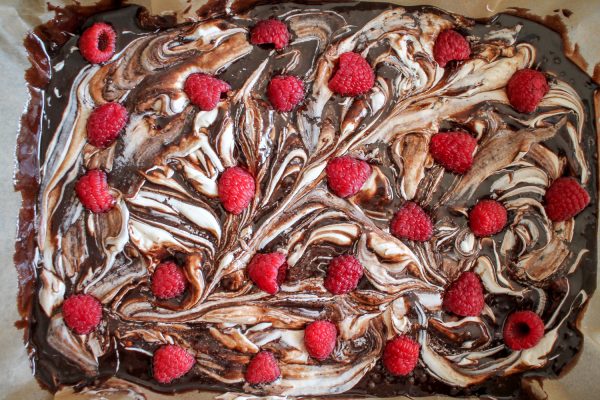 To make the brownies, I started with dark chocolate brownie mix and prepared that according to the directions on the box. Easy peasy. Then I whipped together a cheesecake filling with some cream cheese, mascarpone, powdered sugar, and vanilla. I poured the brownie mix into a parchment-lined pan, and swirled in the cheesecake mixture. The final touch was to sprinkle in some raspberries. 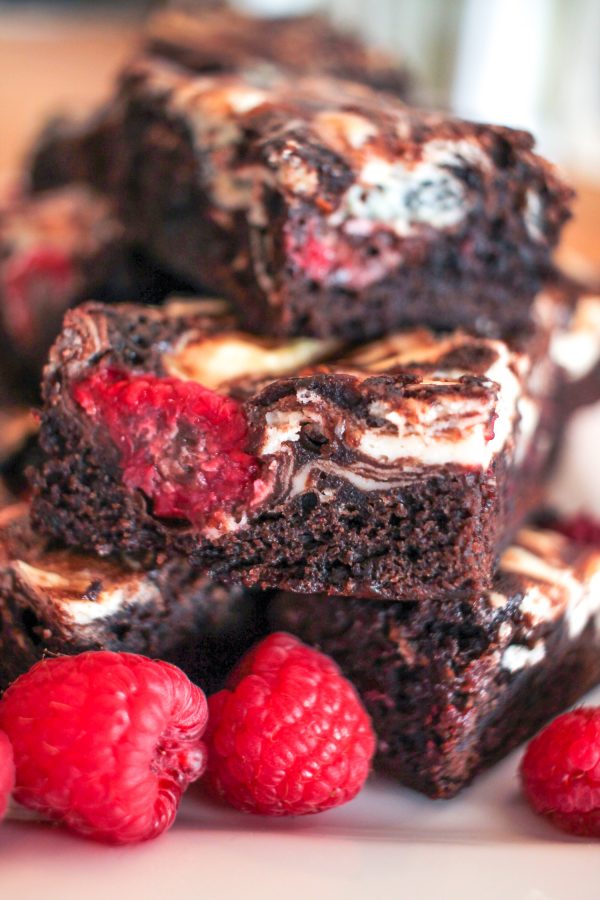 The end result was rich moist chocolate brownies with plenty of sweet creamy cheesecake and fresh juicy raspberries. My friend Fenique said that they were “epic”. 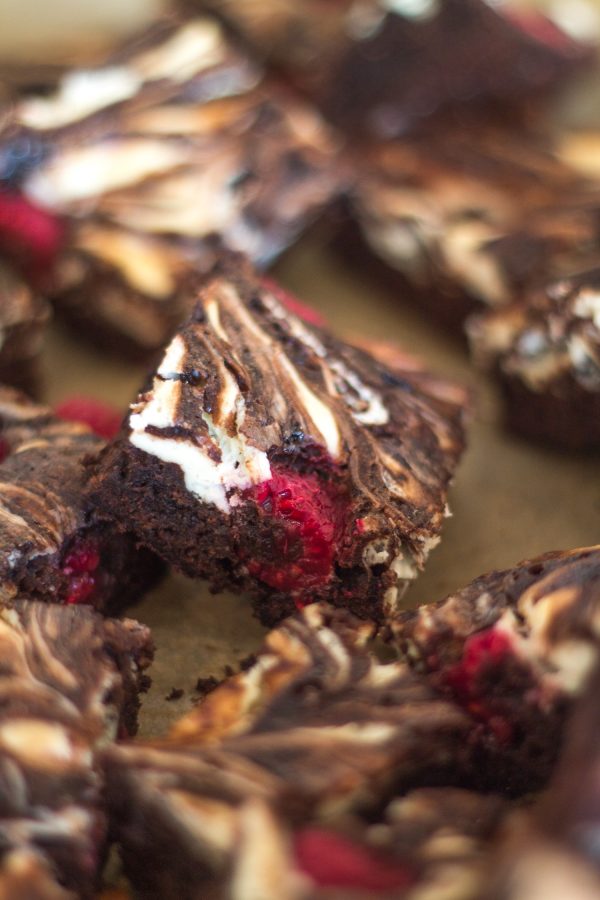 I am not the biggest fan of dark chocolate, but it really works perfectly in this recipe. The dark chocolate balances the sweetness of the cheesecake filling. 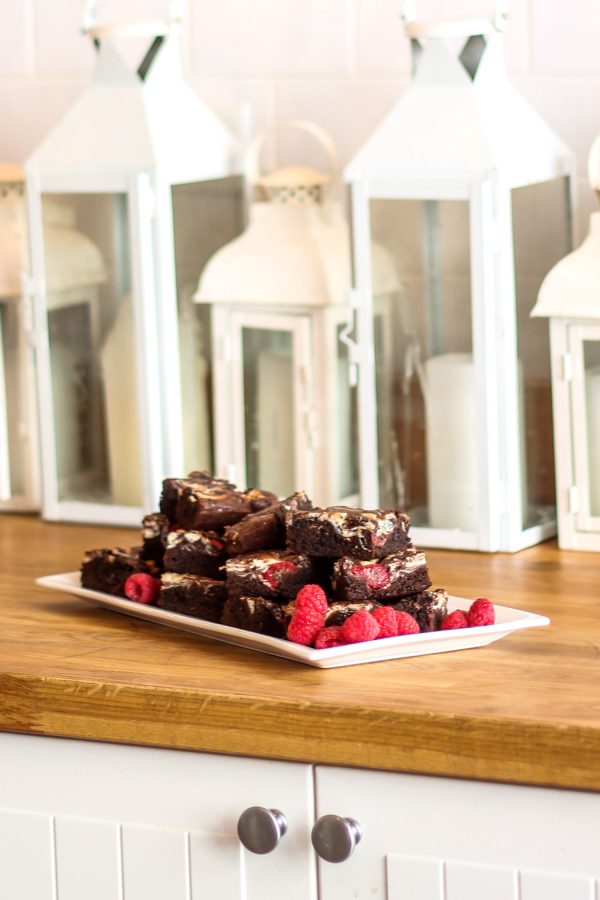 I loved this recipe so much that I made these brownies again two days later.