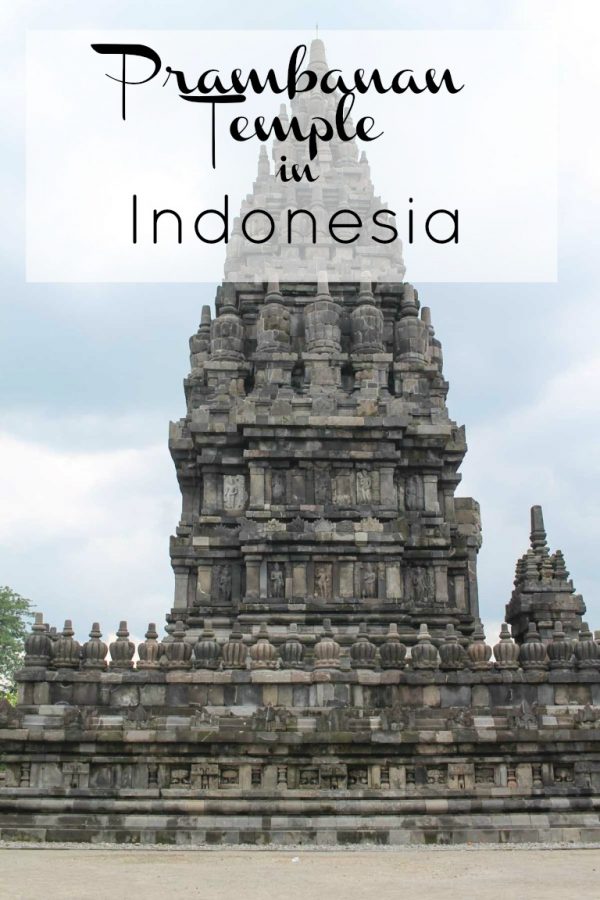 I already told you about Borobudur, the massive Buddhist temple in Indonesia. Today I am going to tell you about Prambanan, an equally massive Hindu temple just about an hours drive from Borobudur. 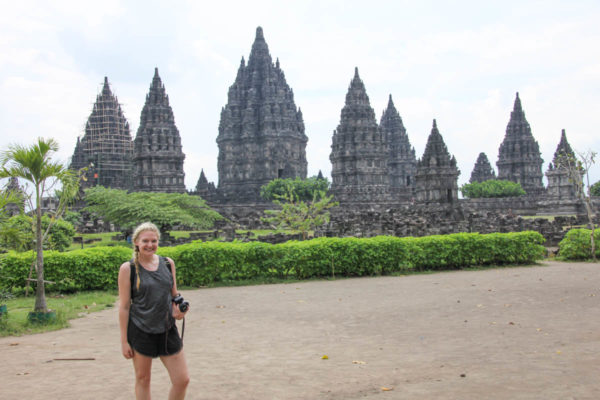 Prambanan’s construction began just after Borobudur was completed, and the Buddhist and Hindu temples were both used up until around the year 1006. Today they are both UNESCO World Heritage sites. 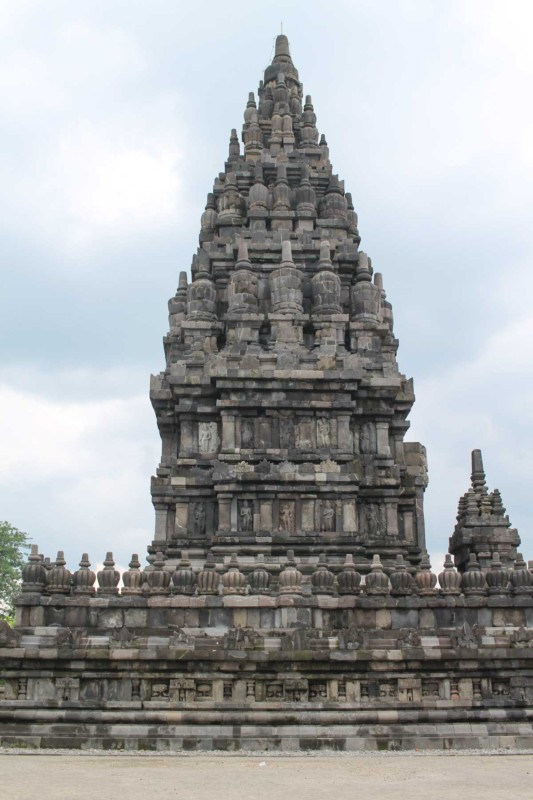 Prambanan is close to the airport in Yogyakarta, and I highly recommend visiting both Prambanan and Borobudur. Originally my sister wanted to go to both Borobudur and Prambanan for the sunrise… but I negotiated my way out of a 4am wake up two days in a row. Thank goodness I did. The sunrise at Borobudur is AMAZING because it is up on a hill in a valley and you can see volcanoes in the distance. Sunrise at Prambanan would be a let down in comparison to Borobudur since it’s in a flat area without much of a view.

The temple structure consists of a 154-foot high central building surrounded by other temples. It is one of the largest Hindu temples in Southeast Asia. 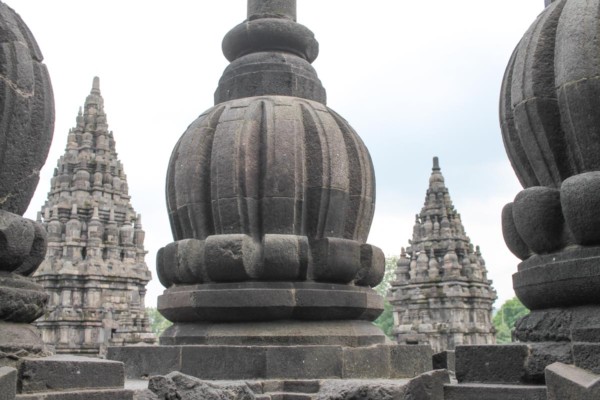 Prambanan was deserted after a massive earthquake caused significant damage and the site was no longer considered holy. Just like Borobudur, after the area was vacated, the jungle completely grew over the temple. 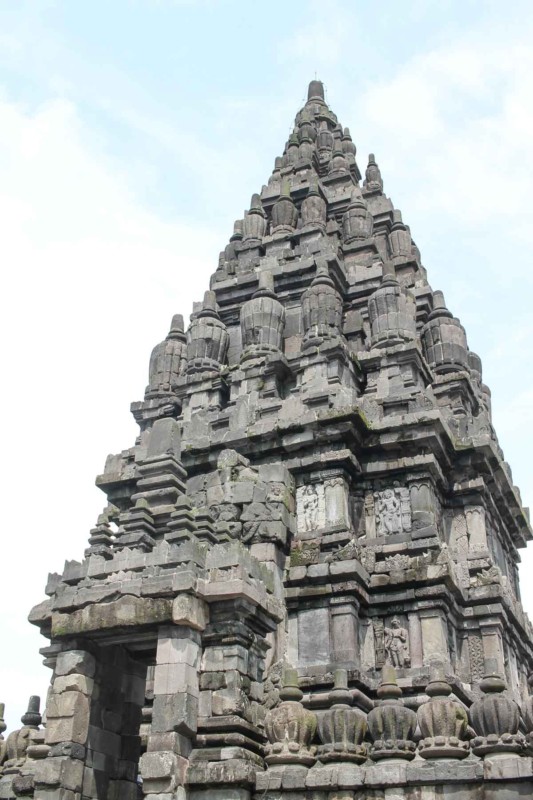 The temples were rediscovered by a surveyor working for Thomas Stamford Raffles in 1811. The main temple wasn’t restored until 1953, and many of the temples stones were stolen during the years the temple was abandoned, which added extra challenges to the reconstruction process. 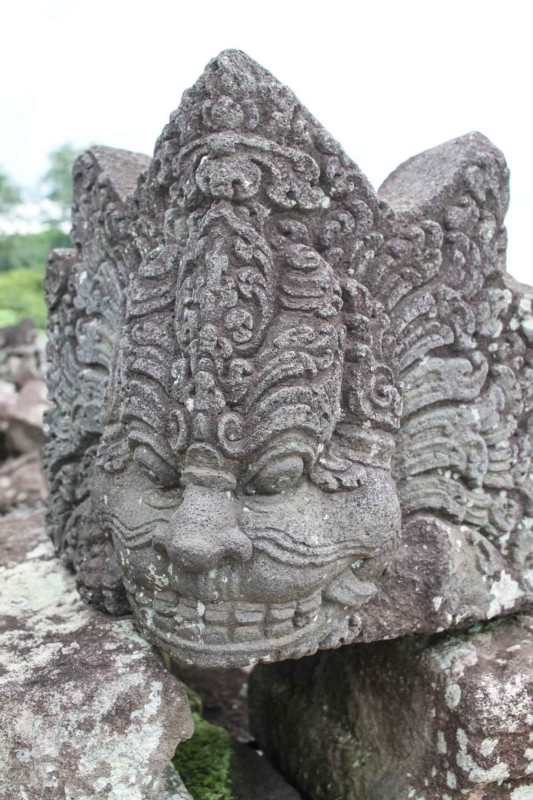 The site originally had 240 temples. The three main temples were dedicated to Shiva, Visnu, and Brahma. In addition, there were five smaller temples and eight small shines. 224 temples arranged neatly in rows surrounded the larger temples and shrines. 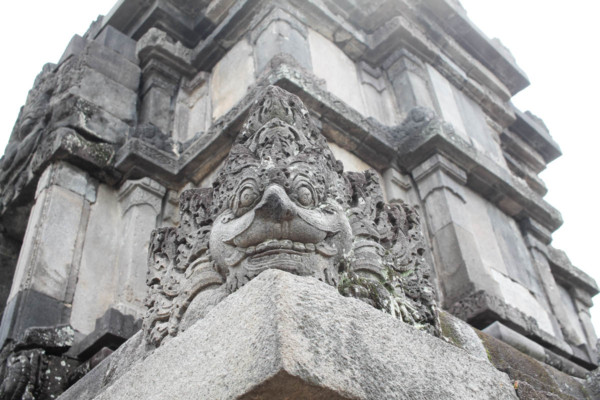 Today the larger temples have been reconstructed, and a team is working to reconstruct the smaller temples. This is a tedious process of trial and error since there are no records of what the temples looked like, and many of the stones were stolen. 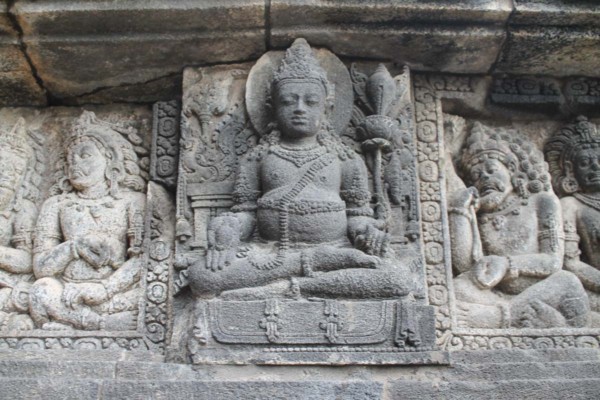 Kelly and I really enjoyed exploring Prambanan and I am fascinated by how these massive temples were built and then forgotten for so long. 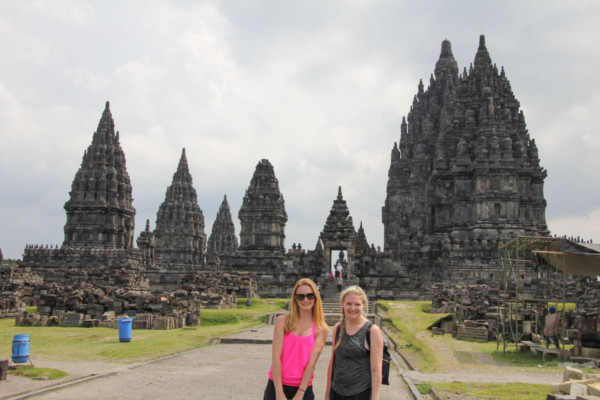 Have you visited Prambanan or any other temples in Indonesia? Tell me in the comments!