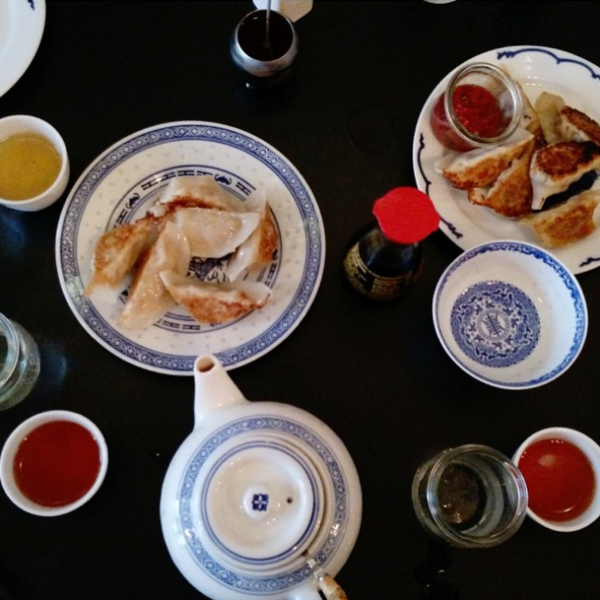 After three days in Maine, we were all getting a bit stir crazy. When my sister’s boyfriend suggested going on a food crawl in Portland, Maine we all jumped at the opportunity. Today, in just about 4 hours, we hit 4 restaurants and a coffeehouse, and it was so fun that it might become a tradition. To save room in my purse I took all photos with a Droid Turbo which boasts an 18 megapixel camera but also takes absolutely god awful photos… allow me to apologize for the photo quality. 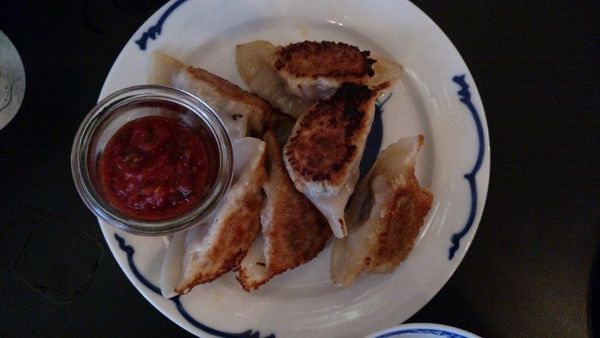 Are you ready? Here is a list of the restaurants we visited, and then I will share what our top three favorite dishes were. 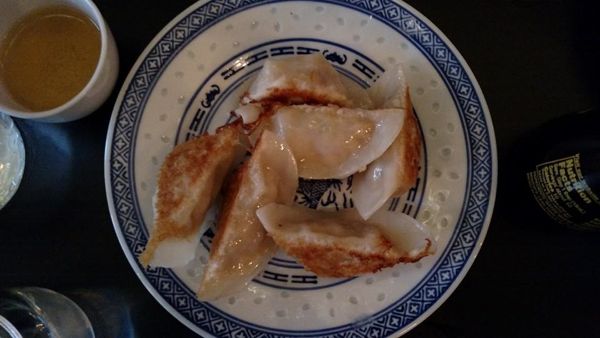 First we went to Bao Bao Dumpling House (133 Spring Street) where we tried the Kung Pow Chicken and the Lamb Black Bean and Chili Dumplings. For dessert we had the Bean Curd Buns which I would describe as bring freshly fried doughnuts with a red bean filling topped with a sweet glaze. 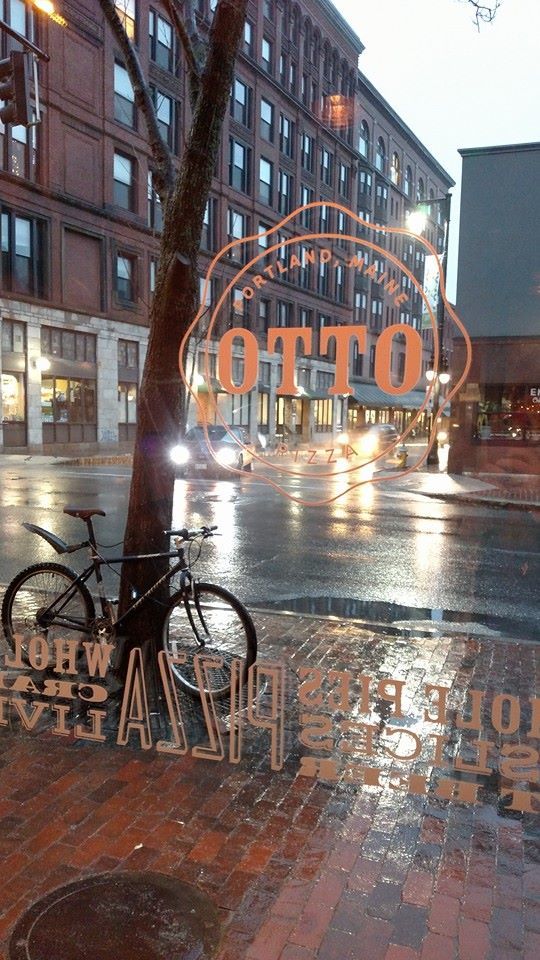 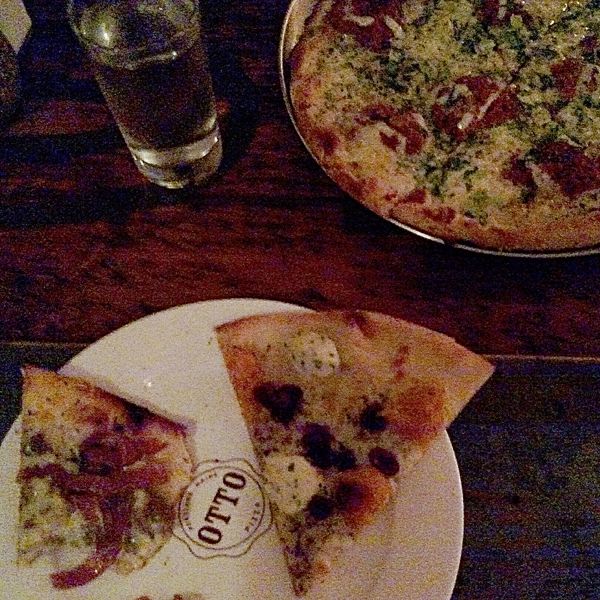 Next we went to Otto (the 576 Congress St location), one of my favorite restaurants in Maine. We ordered three small pizzas: the Meatloaf, Potato and Herb, the Butternut Squash, Ricotta, and Cranberry, and the Spicy Pork and Scallion. Otto’s slices are thin, and we each easily had a slice of each, even after eating three dumplings per person at Bao Bao. 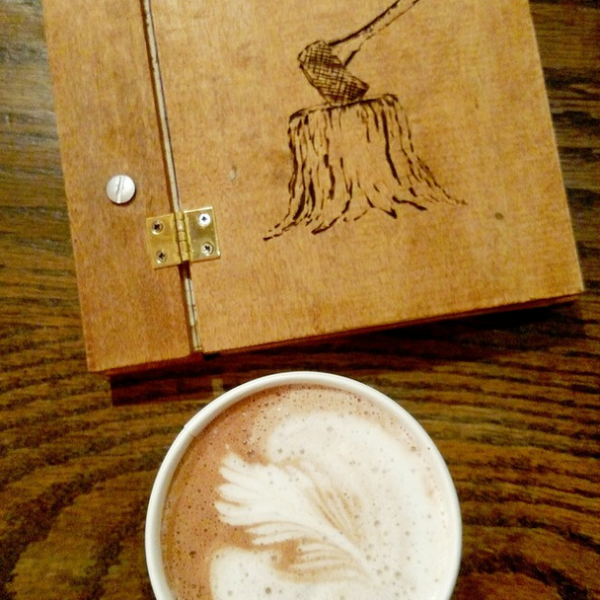 Then it was time to caffeinate so we visited Speckled Ax (567 Congress St) an independent coffee roaster almost across the street from Otto. It is a charming low key coffee house with strong espresso and drip coffee made in beakers. 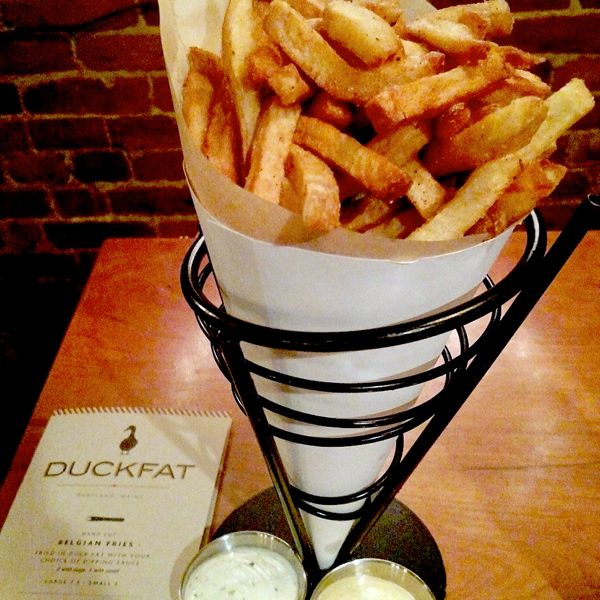 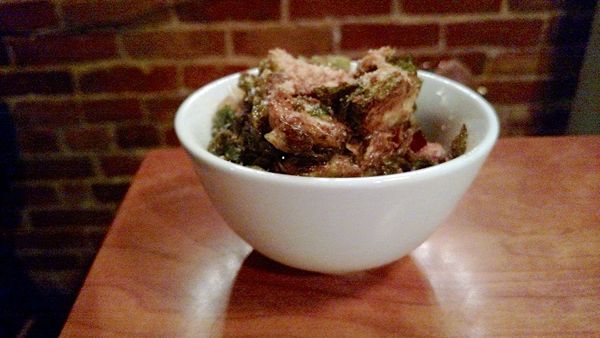 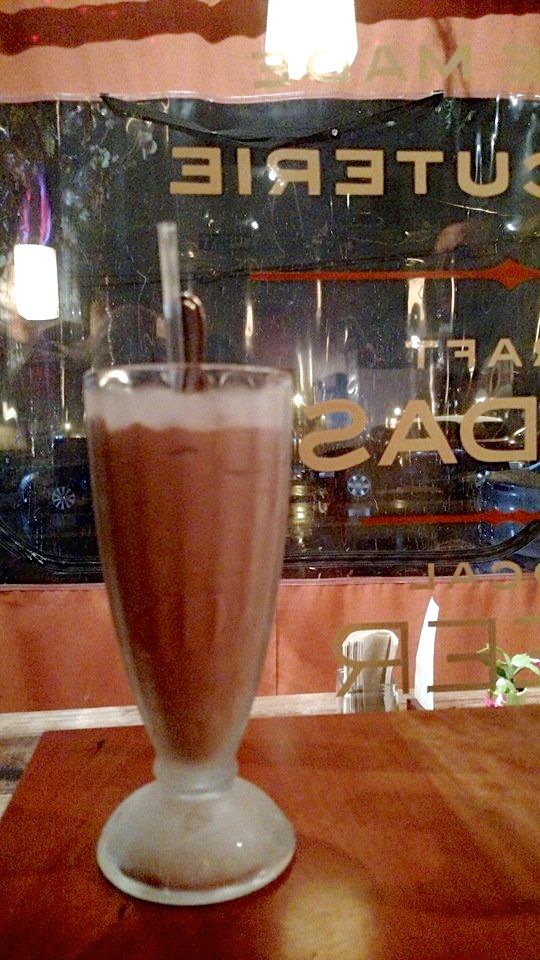 Coffee in hand we hopped into the car and drove over to Duckfat (43 Middle St), one of the most acclaimed restaurants in Portland. Duckfat is on Middle Street, which based on what I saw today is the hot new spot for restaurants in Portland. We ordered the Belgian Frites – which are Duckfat’s signature menu item, and yes they are fried in duckfat and served with your choice of six sauces, we picked Lemon Herb Mayo, the Toasted Curry Mayo, and Malted Vinegar. We also picked the Fried Brussels Sprouts with thick cut bacon, the Duck Sausage Crepinette and a Chocolate Milkshake. 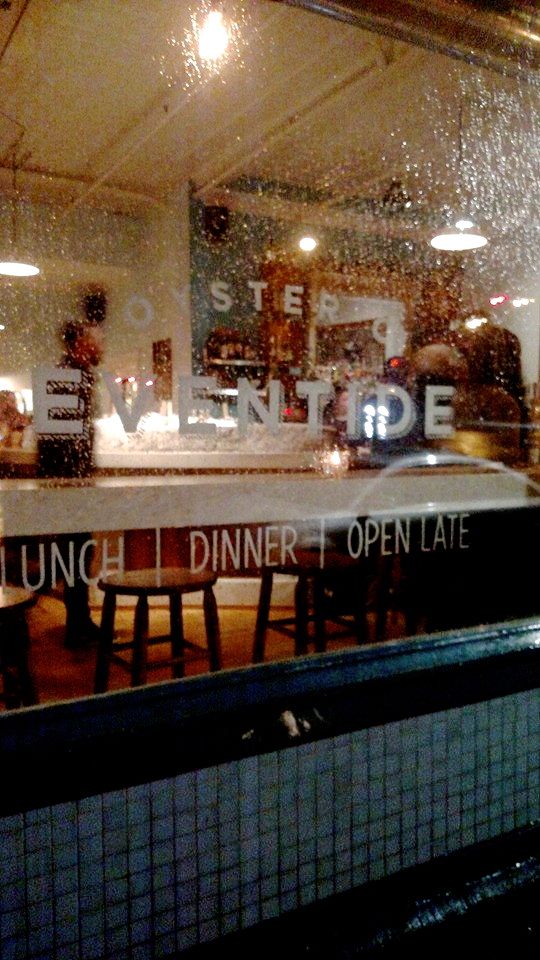 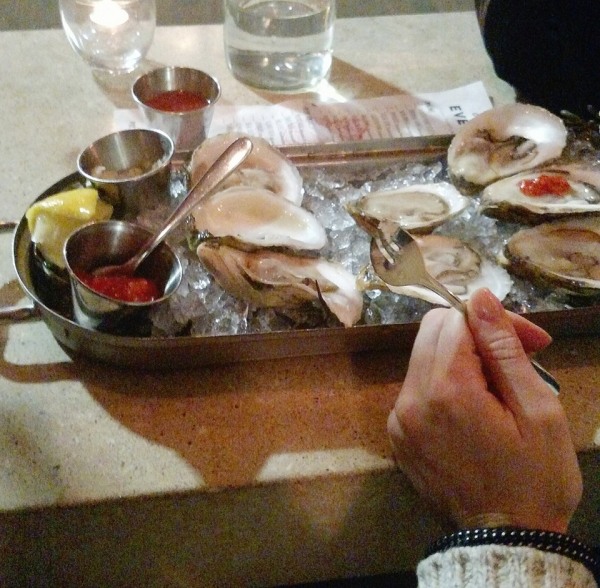 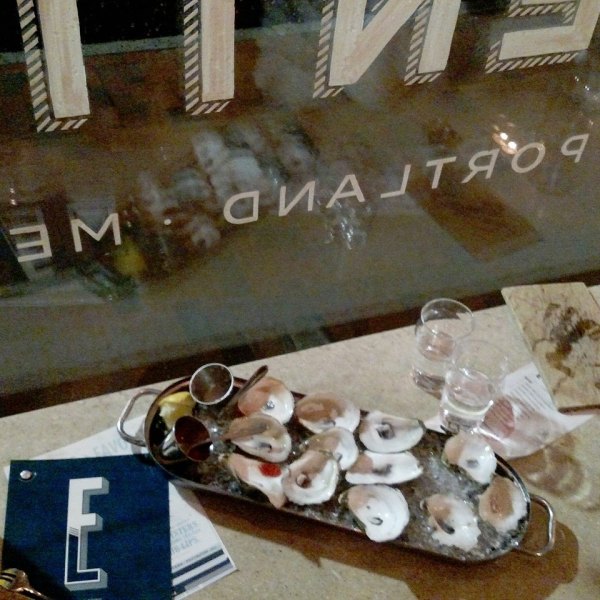 We finished things off at Eventide (86 Middle St), an oyster bar just down the street from Duckfat. Three restaurants in, we weren’t slowing down. We had a dozen oysters – three varieties all from Maine, a lobster roll, and the chickpea frites.

On the way home we each ranked our personal top three favorite things we ate today. 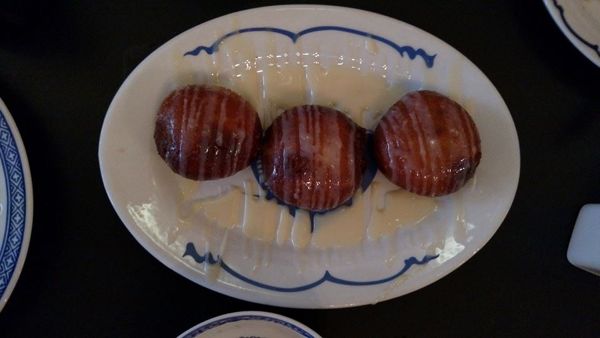 I think that the takeaway here is that we are loved Bao Bao Dumpling House and Otto Pizzeria. I was really impressed with the quality of the photos I took with my Droid Turbo. Sometimes I feel awkward bringing out a big DSLR camera at restaurants, and it takes up most of the space in my purse. The Droid Turbo is a great phone for taking photos on the go.

DISCLOSURE:
At the time I wrote this post I was a Verizon #MoreChicago Lifestyle Blogger and I received a Motorola Droid Turbo (with a line of service) from Verizon. No additional compensation was provided nor did I promise positive feedback. All opinions are my own, and in fact these photos were so terrible that I quit the program and sold the phone.