Pielogen is the ULTIMATE dessert! It is a pecan pie topped with a caramel cheesecake that is topped with a yule log. It’s basically all the best desserts combined, into one stunning dessert mash up. 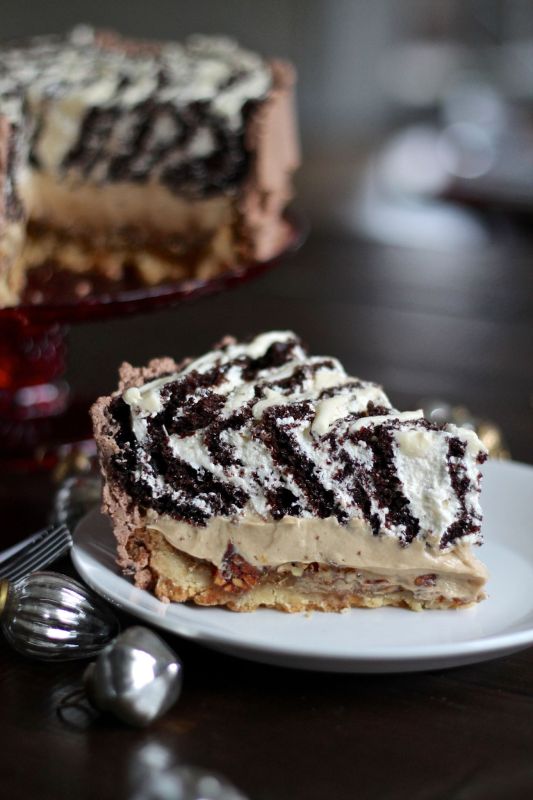 As soon as I became aware of Pielogen’s existence, I wanted to make it. Perhaps I should start by explaining what pielogen is. Pielogen was invented by Chef Zac Young at Piecaken Shop, and it is a toffee pecan pie, topped with an eggnog cheesecake, with a chocolate caramel yule log on top. Yes, it’s pie, cheesecake and cake combined. 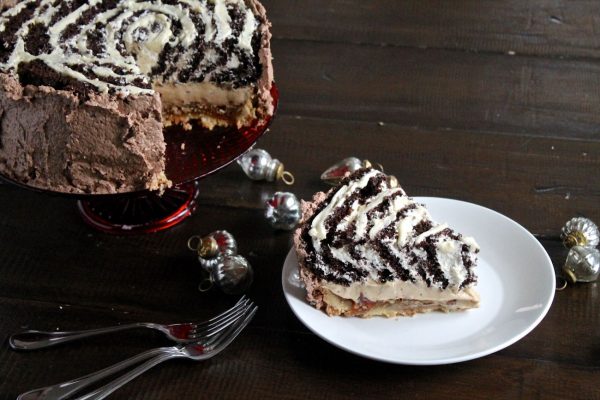 Unfortunately for most people, the only way to get a piecaken or a pielogen is to pick one up in Manhattan. I thought that making my own pielogen was the easier and less expensive route. The good news is that this recipe is pretty easy, since the cheesecake layer is no-bake, and I made the cake with a mix. The bad news is that it will take a couple hours to make. 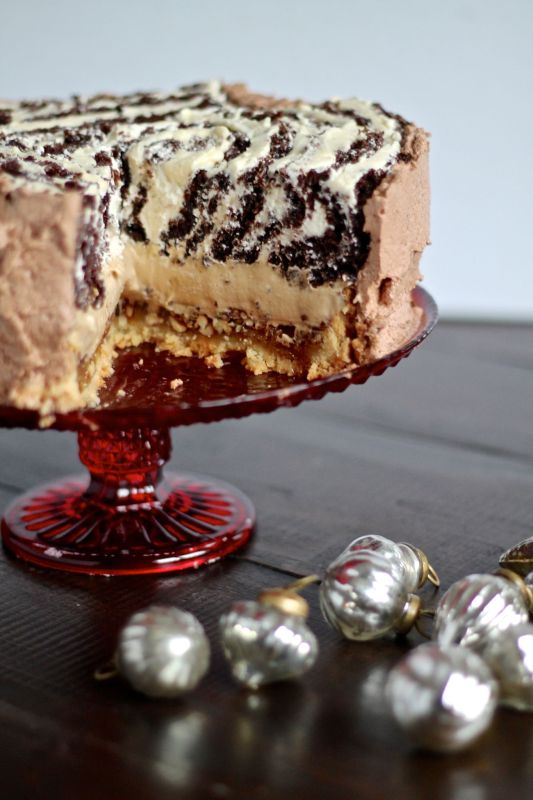 I decided to take the concept of pielogen and make it my own. I used my classic pecan pie with a shortbread crust as the base. Then I layered no-bake caramel cheesecake filling on top. Finally, I added a chocolate yule log on top. Rolling the yule log was much harder than expected, and the final result was not as pretty as I had hoped, but it was exceptionally delicious. (If you have expert advice on rolling a yule log, please share in the comments!) ** UPDATE: Rolling the cake while it is warm is a huge help! 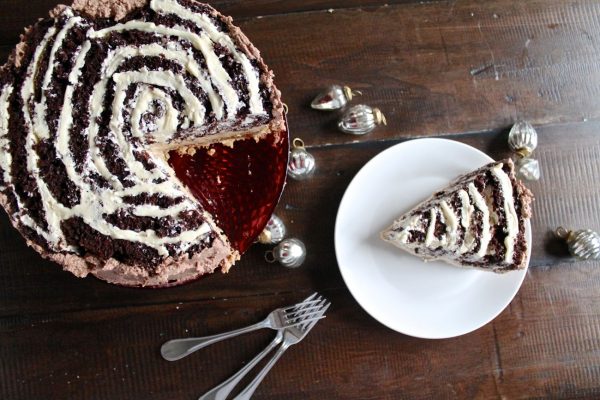 While I encourage you to get creative with your Pielogen creations – I have a couple pieces of crucial advice. Start with my shortbread pie crust recipe. Since you need to take the pie out of the pie pan – you need an especially sturdy crust, and this shortbread crust was perfect. 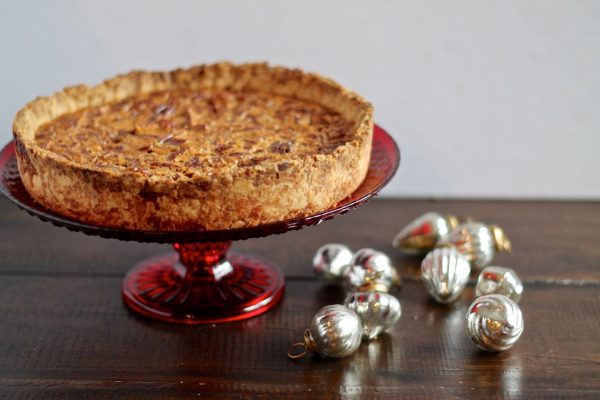 Another piece of advice is to make the pecan pie in a silicon cake pan, the pecan pie slid right out of the silicon pie can no problem. 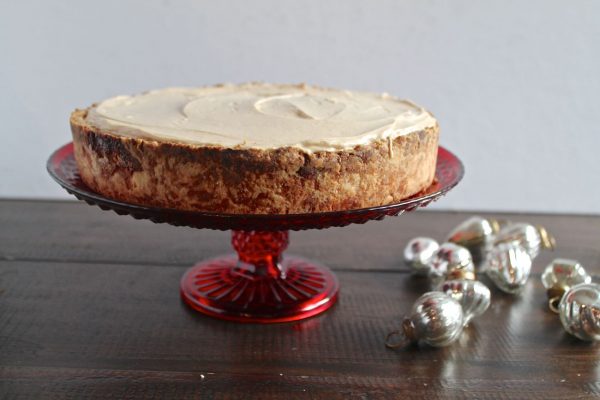 Other than that you can add your favorite type of no-bake cheesecake and use any cake and frosting combinations you want. 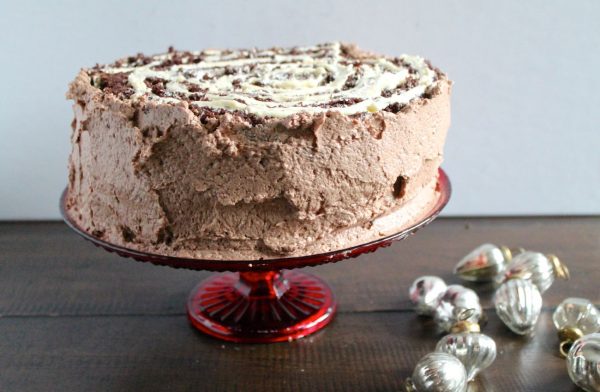 Go wild, if you have any fun ideas tell us about them in the comments. 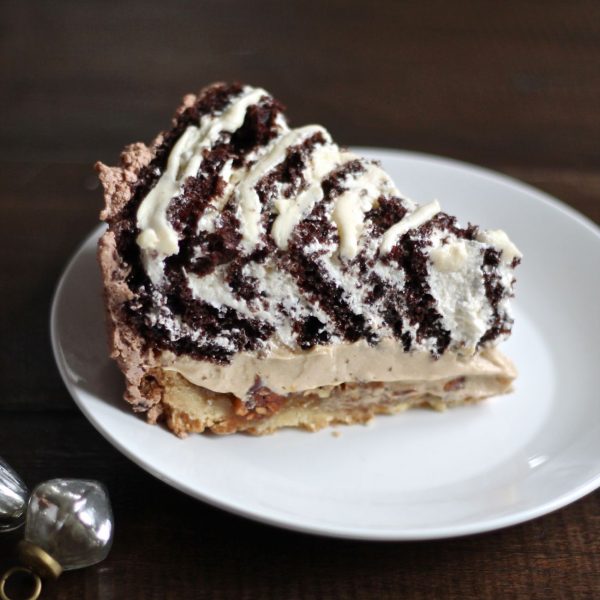 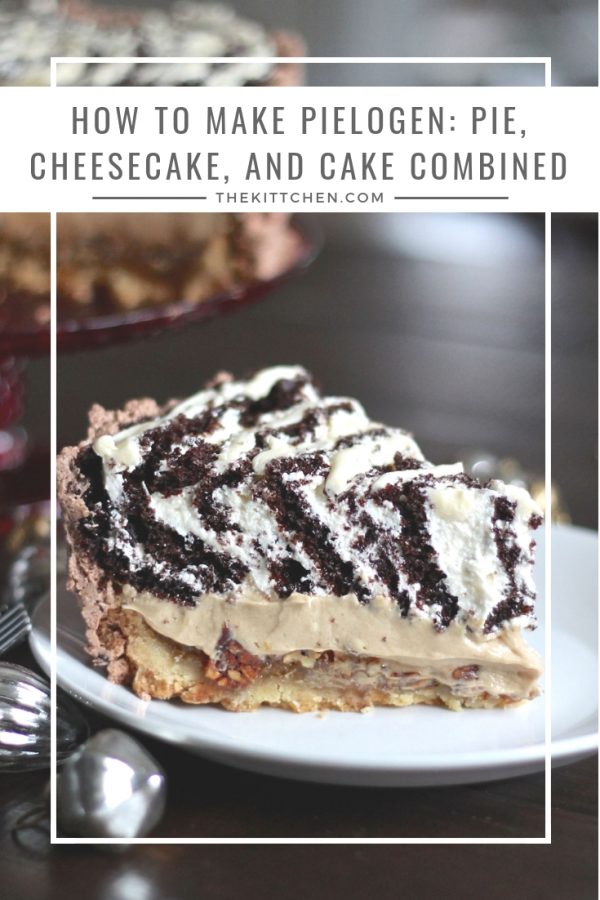 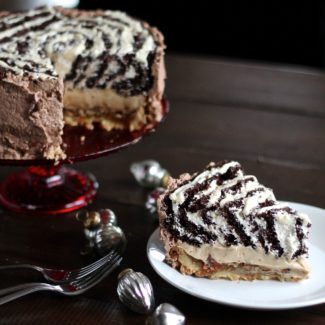 Pielogen is the ULTIMATE dessert! It is a pecan pie topped with a caramel cheesecake that is topped with a yule log. It's basically all the best desserts combined, into one stunning dessert mash up.

Want to save this recipe for later? You can use the Yum button to add this recipe to your personal recipe box on Yummly! Visit my Yummy profile to see more of my recipes.