Chicago is a city known for its steakhouses, and Gibsons provides diners with the quintessential steakhouse experience. The Gold Coast restaurant opened 28 years ago, and is the only restaurant in the country to have their own USDA certification. Gibson’s is formal enough for a special occasion, but it still has the feel of a neighborhood restaurant. It’s the type of place you could bring a date, or your parents. And the large menu can easily accommodate those who don’t eat red meat.

If you watch the tv show The League you might be familiar with Gibsons. The thing is that the show doesn’t actually film at Gibsons, and Gibsons is a much more formal restaurant than the sports bar depicted on the show. I sat down with Gibson’s owner, John Colletti, and he told me that the show didn’t even ask Gibsons about using their exterior in the show, but he is happy about it since it brings in more customers. Gibson’s might not need the boost in popularity, they were already one of the go-to steakhouses in Chicago. 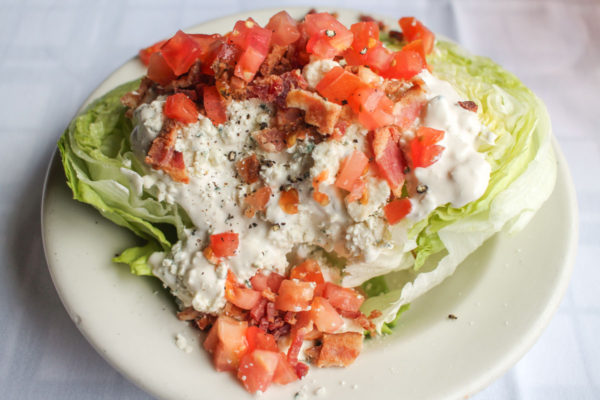 The steaks aren’t the only exceptional menu item at Gibson’s, the loaded blue cheese wedge salad is something that I look forward to. Somehow steakhouses have the most delicious blue cheese in the world. It has a lighter and creamier taste that pairs wonderfully with the fresh iceberg lettuce, tomatoes, and crunchy bacon. 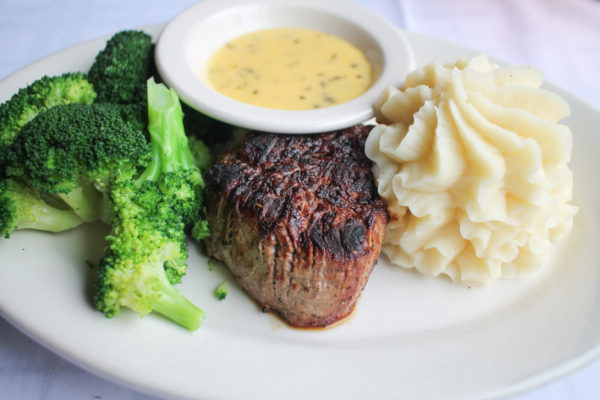 I always order steak when I dine at Gibson’s. I tend to order the filet because of its small size, but I also love their Chicago Cut. At lunchtime you can get a 7 ounce filet with a side of mashed potatoes and broccoli and it’s just the right amount of food for lunchtime. 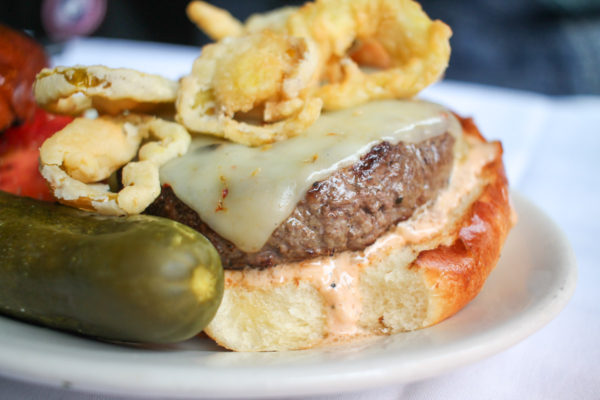 Charles ordered the “Sandwich King” of Hamburgers which comes topped with crispy cherry peppers, jalapeño havarti cheese, and a spicy mayo. This burger earned a spot on the menu after winning the People’s Choice Award at the Hamburger Hop in 2013. 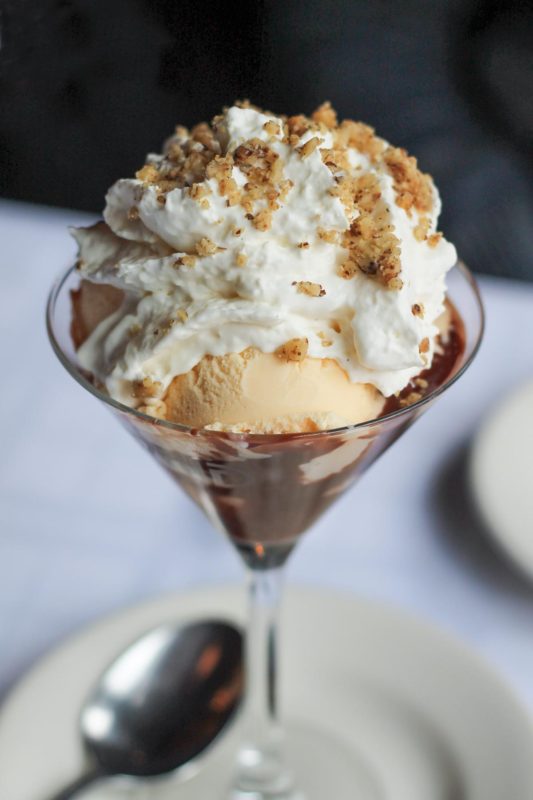 Gibson’s is known for their gigantic dessert portions. Some of their slices of cake are 5 pounds! I wanted dessert, but ordering 5 pounds of dessert for two people didn’t really make sense. Fortunately our server said that he could do an order of the Macadamia Turtle Pie for two. Charles never eats more than a bite of dessert but he ate half of it. The chocolate, caramel, ice cream, and macadamia nut combination was irresistible.

The staff at Gibson’s does an exceptional job. They always go above and beyond and they have incredible attention to detail. When you mention that you want to share something, they offer to split it half on two plates for you. You always feel like you are being taken care of by someone who truly enjoys their work.

Gibson’s has three locations, one in the Gold Coast on Rush Street, plus one in Rosemont and another in Oak Brook. They serve lunch and dinner.