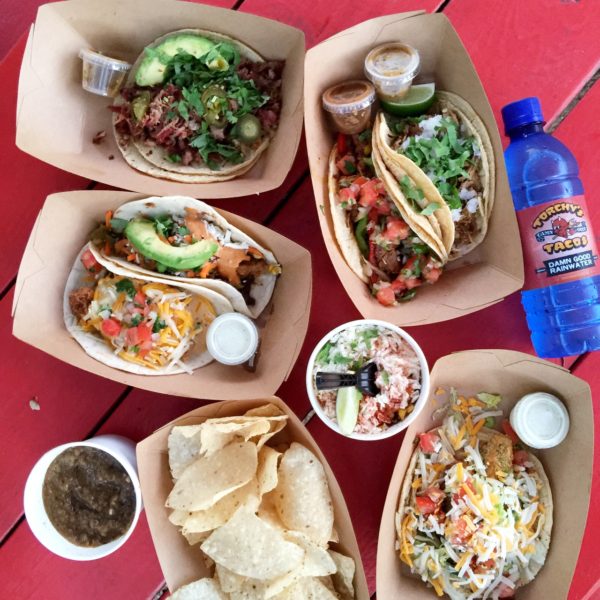 South Congress Street in Austin is filled with locally owned boutiques, vintage shops, and restaurants. It proved to be an ideal place to walk off some of the food Jocelyn and I had been feasting on. I recommend getting dropped off at the corner of Nellie Street and Congress Street, and working your way up to West Mary Street, spending a few hours exploring. 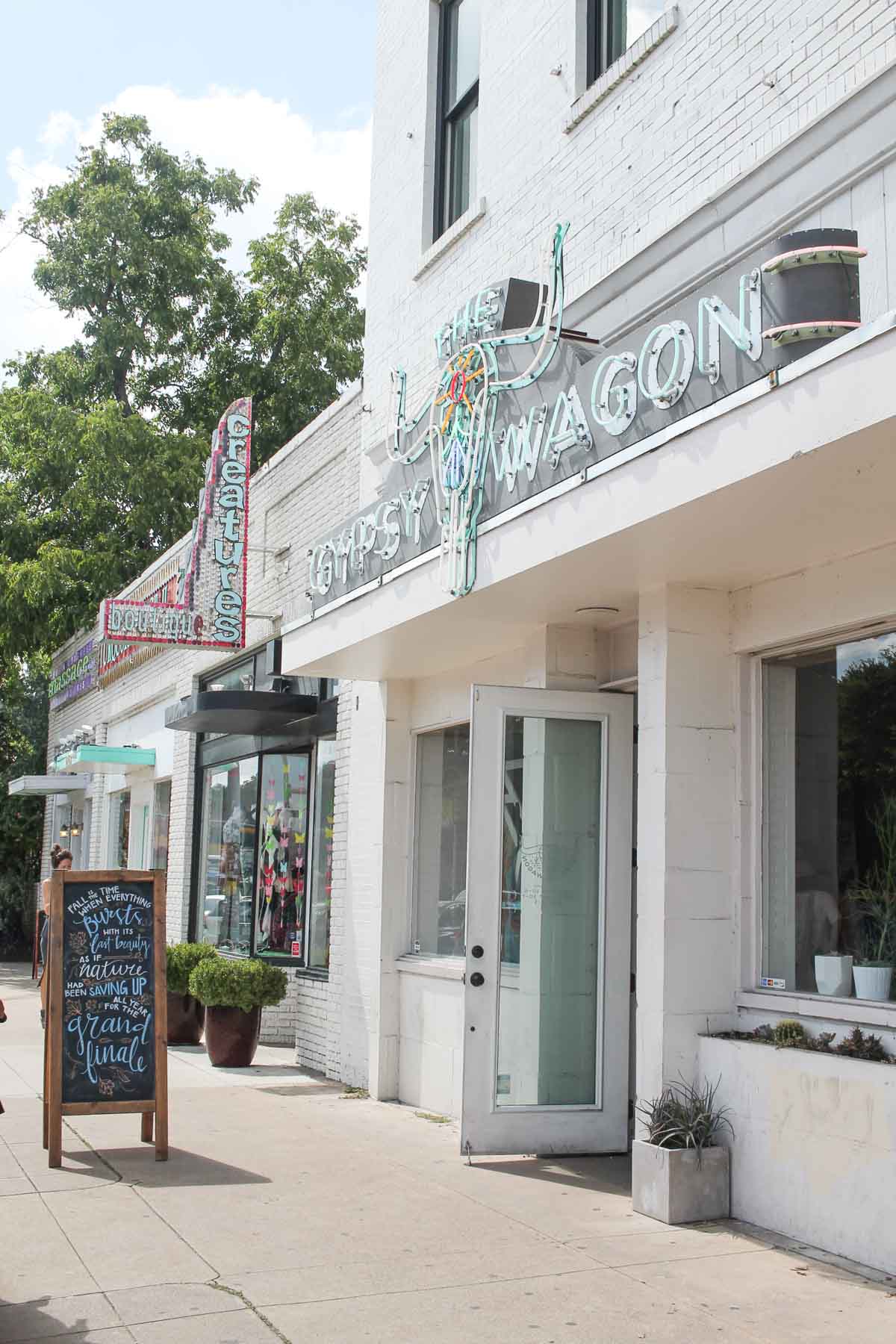 We started at a shop called Gypsy Wagon which sells a mix of clothing and gifts. I found a great fall dress for $60. Over the weekend they have small events, there was a hairstylist offering braids when I stopped in on a Sunday.

Uncommon Objects and Feathers Boutique are two of the nicer vintage shops on the street. Lots of the bloggers at Blogher Food were stopping at Uncommon Objects to buy food styling props. While Feathers sells a highly curated selection of vintage clothing for women. 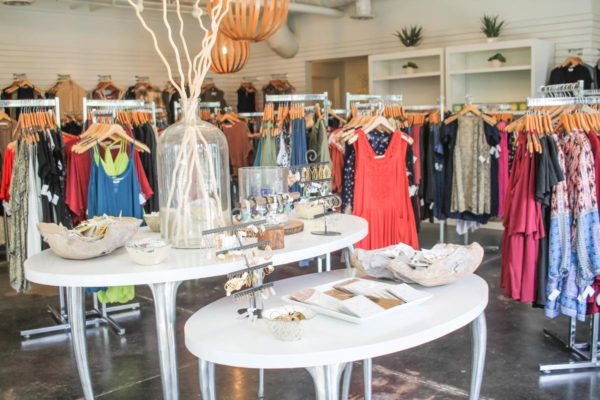 The Impeccable Pig is a larger women’s clothing shop with affordable prices. Most items were under $60 and they have a great mix of every essentials. Other shops that we loved were Maya, Creatures Boutique, by George, Parts & Labour, and STAG Provisions for Men.

There are a few bigger national retailers on Congress Street too, including Kendra Scott, Toms, and Warby Parker. I took advantage of the opportunity to order a new pair of glasses… I realized how old my prescription was when I thought that we had a mural of a hipster Jesus outside our hotel room… and then when I put contacts in I realized it was Willie Nelson (in my defense the two would look similar). 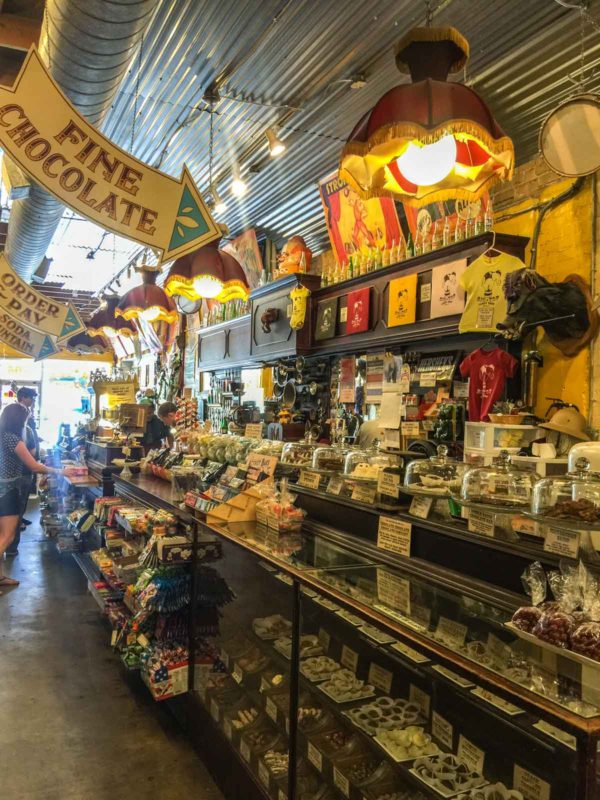 Big Top Candy Shop is a fun candy shop with a vintage aesthetic. They also sell shaved iced and chocolates, and they have an old fashioned soda fountain. They have some harder to find items too, like Goo Goo Clusters.

South Congress Street is home to two excellent restaurants. The first is Home Slice, which I have already told you all about, and the second is Torchy’s Tacos. Torchy’s is a taco joint with several locations in Austin. We actually went to the truck on 1st Street, but the South Congress location is a brick and mortar restaurant with lots of space and a sunny patio. 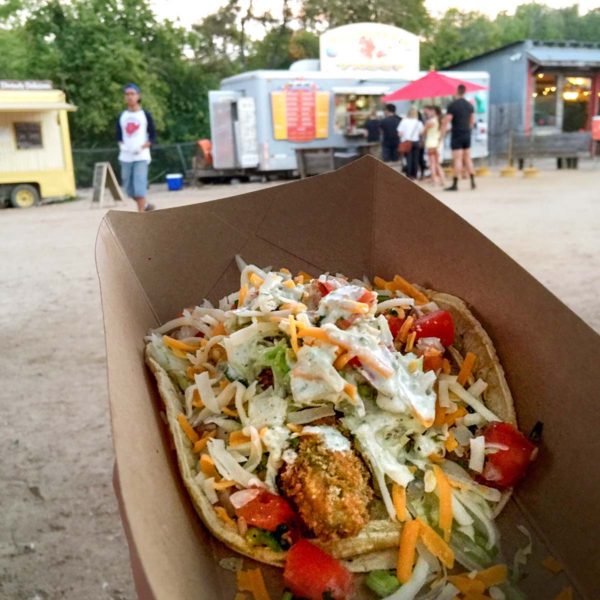 The thing I loved about Torchy’s is that they aren’t shy with the number of toppings on their tacos or the amount of these toppings. I tried three tacos, the Fried Avocado with refried beans, the Trailer Park with fried chicken, and The Independent which had fried portobello mushrooms. (Not everything on the menu is fried, I promise). 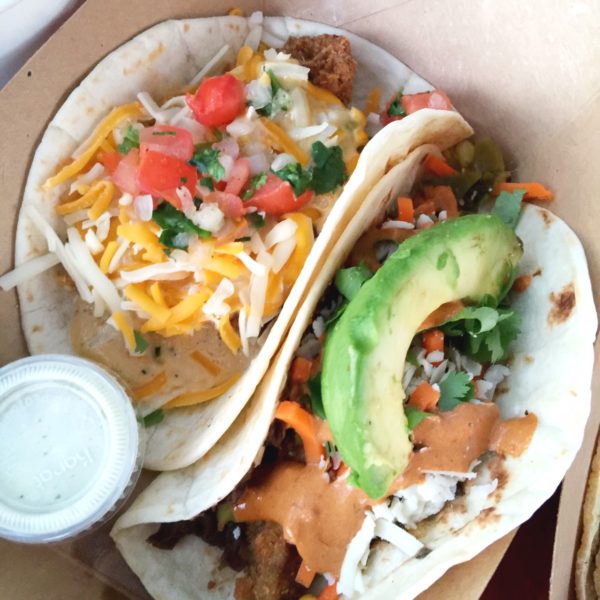 You have the option to get the tacos “Trashy” which means they add queso. Mind blown. Why did it take me over 30 years to find a place that puts queso on tacos? 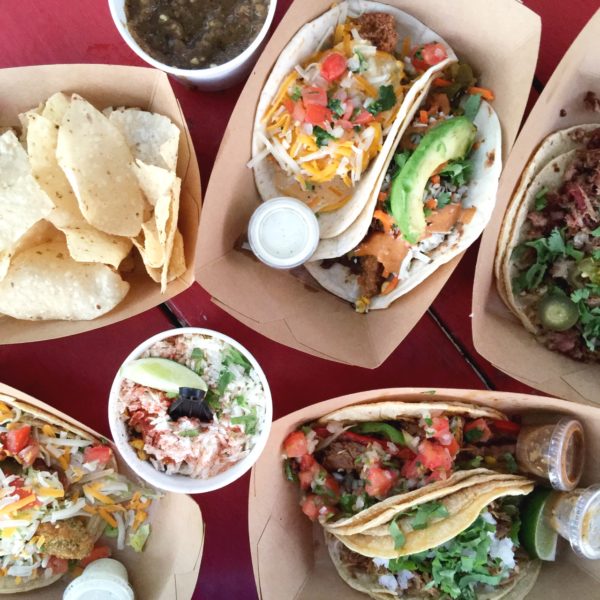 I also had an order of the Mexican Corn, which was similar to elotes, just off the cob. Everything was delicious and I kept eating until I was uncomfortably full, which was ironic since I went to session about the conference on mindful eating.

South Congress Street is something you can’t miss when you visit Austin. If you want to check out my other posts about Austin, you can read about our food crawl, exploring downtown, and eating in Austin.