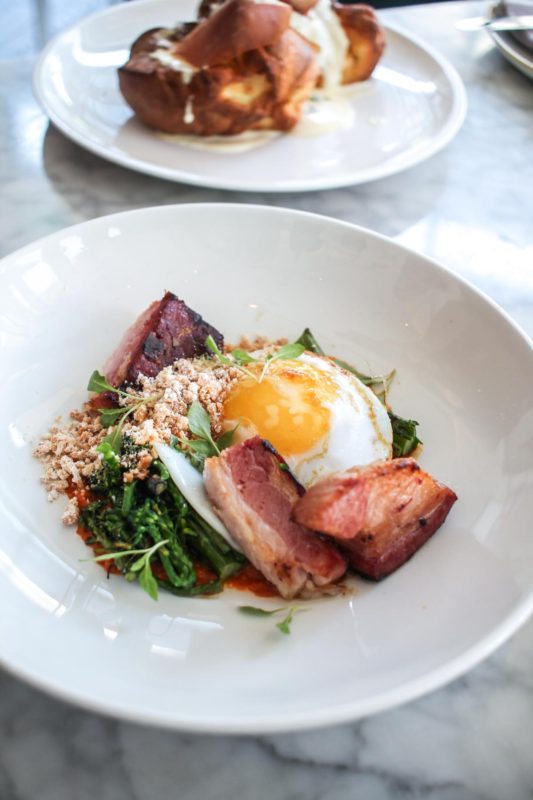 I made it to dozen different restaurants when I was in Austin. Today I am going to tell you about an incredible brunch, a funky doughnut shop, a taco truck, and a beer garden with a Southern twist. 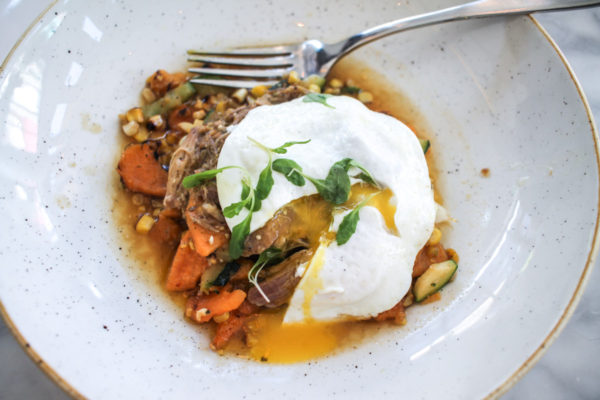 I was in Austin with my friend Jocelyn for the Blogher Food conference. Jocelyn and I decided to split our time between spending time exploring restaurants with our blogger friends and attending the conference sessions. One morning Jocelyn arranged a casual brunch so that we could catch up with old friends and spend time with new friends (I was excited to meet Whitney Bond in person after we have been following and commenting on each other’s Instagram accounts for years). We headed to Vox Table, a restaurant that has a menu of modern Southern cuisine and a beautiful space with marble tables and floor to ceiling windows. 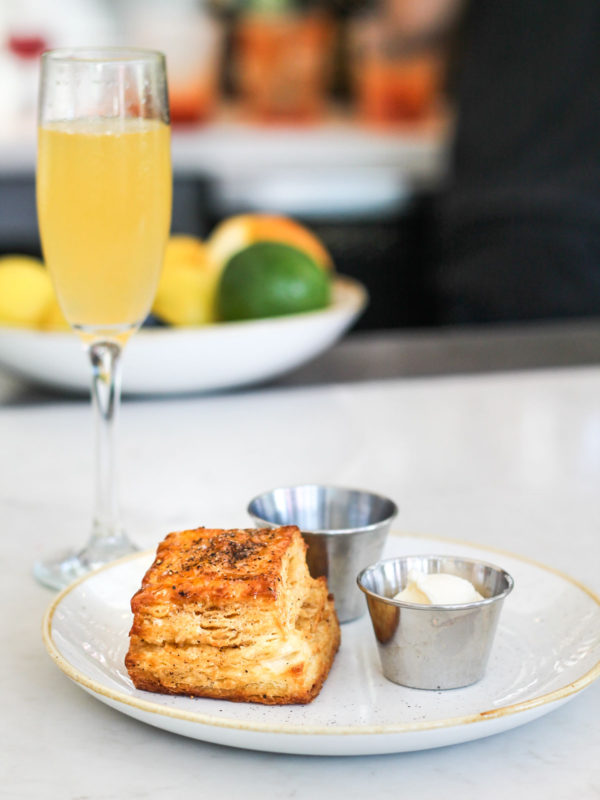 Most of us started our meal with a mimosa and a biscuit. The biscuits were square, drizzled with honey, and extra flaky with crisp corners. Biscuits I eat in the future will be compared to these biscuits. 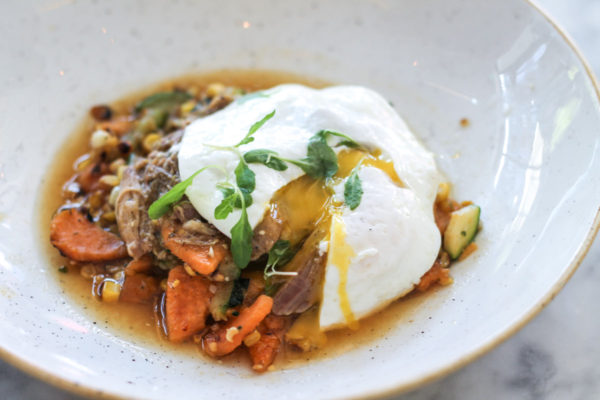 I had the Sweet Potato Hash as my main dish. It had chunks of sweet potato and roasted pork shoulder with a runny egg on top. It didn’t look like a lot of food, but it was very filling, and I loved the flavor combinations. 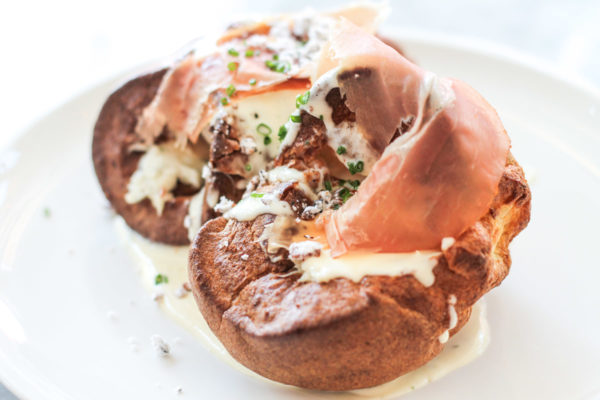 The crab benedict came on a homemade popover and it was so pretty that I couldn’t resist taking a photo. 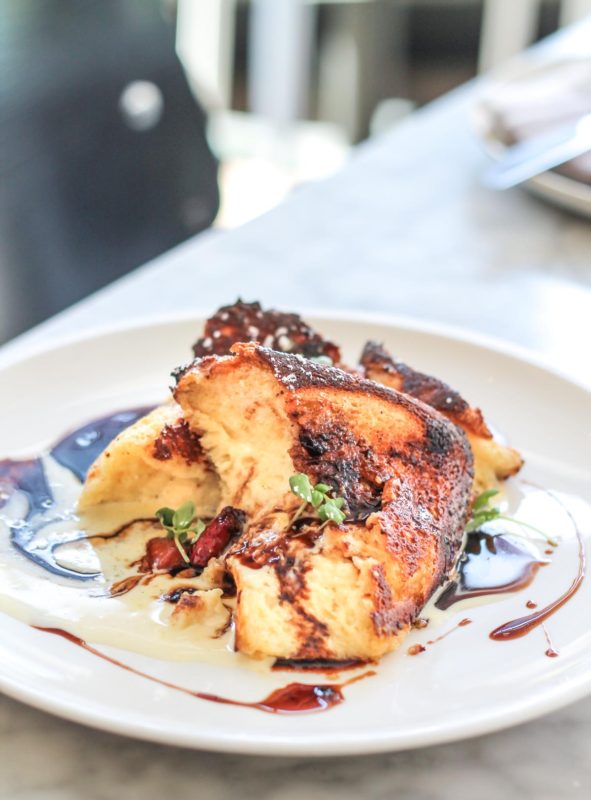 Then everyone shared the Stuffed French Toast as a brunch dessert. It was made with brioche stuffed with fresh homemade ricotta topped with strawberries and drizzled with balsamic vinegar. It was thick and custardy, and perhaps a bit too rich for someone to eat the whole thing, but absolutely perfect for sharing. 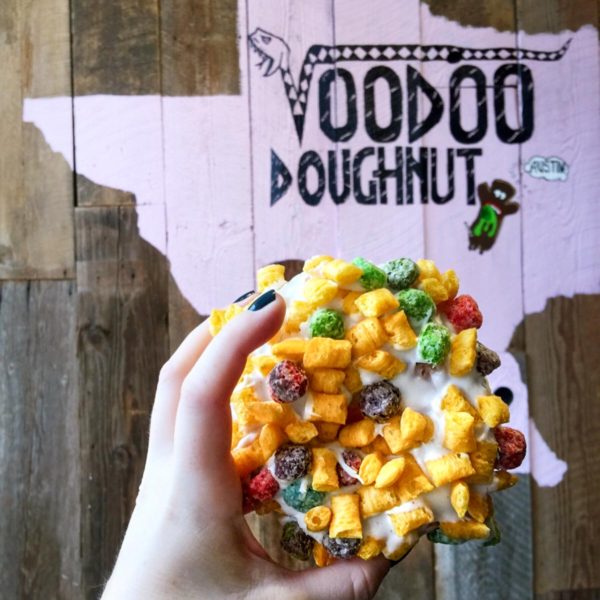 It is a personal goal to try doughnuts in every city that I visit. I had heard the best things about Gourdough’s, but they were not open when I arrived at 10am on a Sunday morning. Instead, I ventured down the street to Voodoo Doughnuts, a Portland (Oregon, not Maine) import. 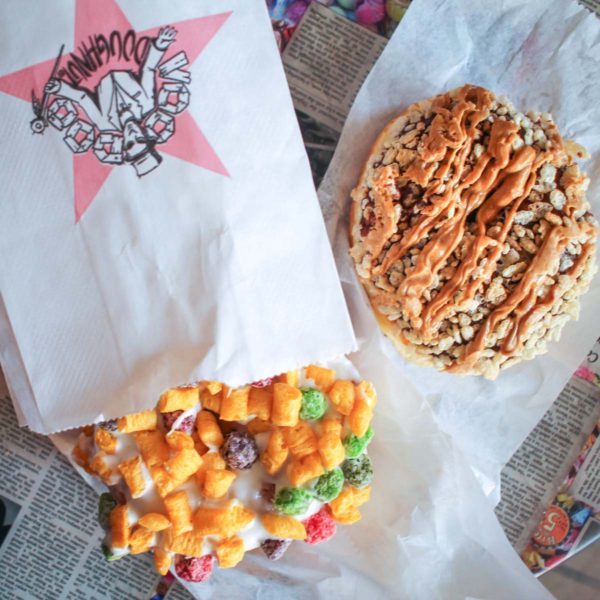 I learned that I have been eating Rice Krispies wrong my entire life. They don’t belong in a bowl with milk, or coated in marshmallow in Rice Krispie Treats. Rice Krispies belong on top of yeast doughnuts that have been dipped in chocolate, with peanut butter on top.

On my last day in Austin, after spending some more time shopping on South Congress Street, I took a cab (it was really a Fasten, Austin’s version of Uber) over to Rainey Street. Rainey Street is filled with bars that look more like homes, with large patios and a chill vibe. It’s a contrast to the madness of 6th street. 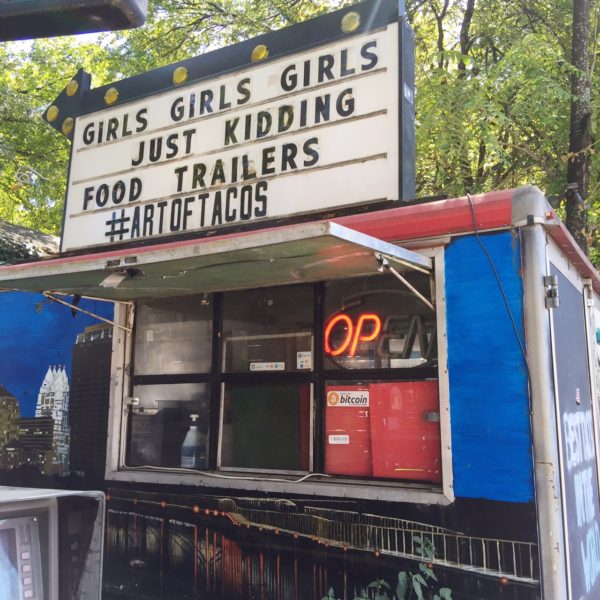 There are also some food trucks and trailers in the area. The delicious smells coming from the Art of Tacos truck (and their hilarious sign) instantly caught my attention, and I didn’t want to give up the opportunity to try more brisket tacos. 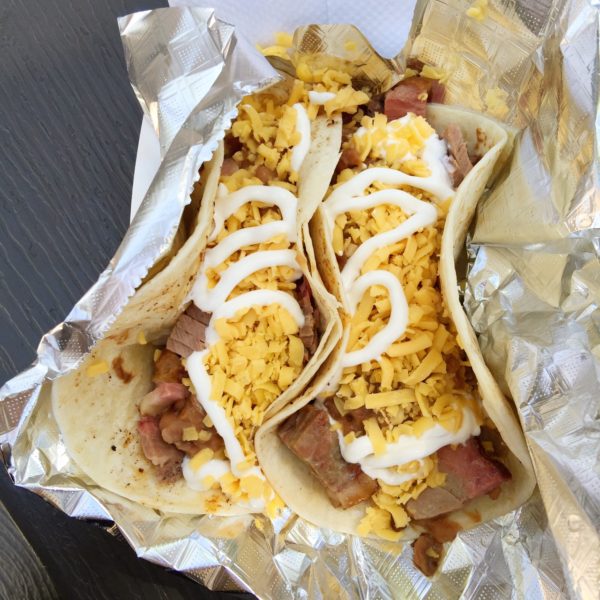 Valentina’s Tex Mex BBQ’s brisket tacos were made with shredded brisket, while the Art of Tacos uses very thinly sliced brisket for theirs. Both are delicious. I chose to top my tacos with beans, cheese, and sour cream and they were amazing. 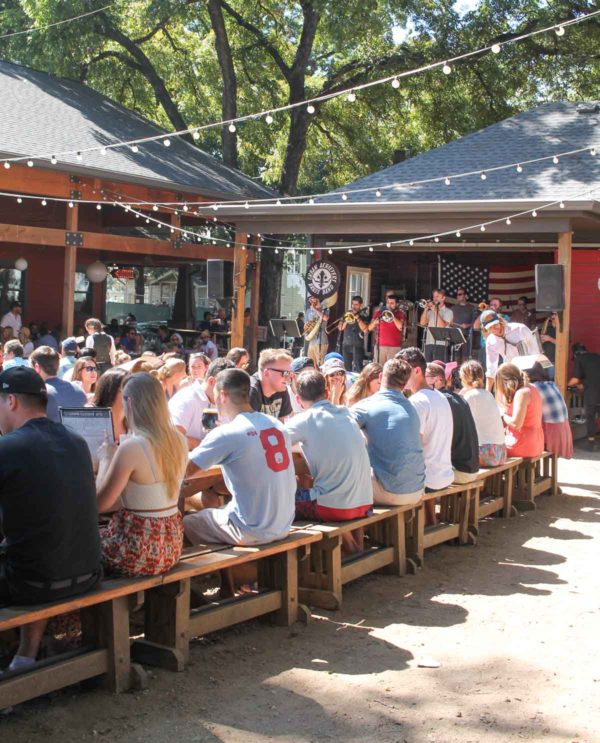 After eating the tacos, I continued to stroll down Rainey Street until I came across Banger’s Sausage House and Beer Garden. I bought a beer and headed to the beer garden in the back. The long tables were packed with people and the Urban Achievers Brass Band was playing. It was the ideal last stop on my Austin adventure.

I also want to mention Chichon. I was meeting up with an old friend, and I didn’t want to ruin our conversation by whipping out my camera and taking food photos, but the meal was great. The restaurant somehow feels more like home than a restaurant. The farm to table menu has a mix of options, I loved the gnocchi and a salad made with very thinly sliced mushrooms instead of greens.

If you want to read more about Austin restaurants, you can read about the self-curated food tour we went on here.