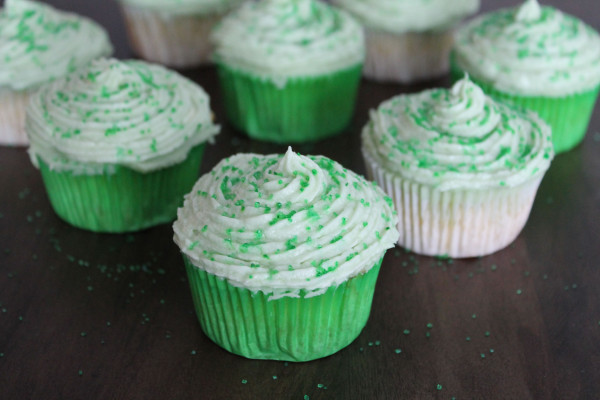 Recipes that save time and cut calories are the best recipes.

When I first saw Sprite Zero being used to bake cupcakes on Pinterest, I was very skeptical. It doesn’t seem logical that you can replace the egg and vegetable oil in a cake with a can of diet soda.

But I assure you, you can. Sprite Zero cupcakes eliminate the need to measure ingredients and, in the end, cook faster than your typical cupcakes made with egg and oil. Also, using Sprite Zero instead of egg and oil reduces the amount of fat and number of calories in the cupcakes. The best part: these cupcakes are so moist and fluffy and taste just like regular cupcakes. You will be in awe of these easy-to-make, reduced-fat treats!

With Saint Patrick’s Day just around the corner, I think the best way to ice and plate these is to whip up a bright green frosting and serve these at your Saint Patrick’s Day celebrations. If youreally want to get in the spirit, you could food dye the cupcakes green, as well.

Now that I know what to bring to my friend’s St. Patrick’s Day party, the next big question on my mind is: Can you dye the Chicago River green when it’s still frozen? 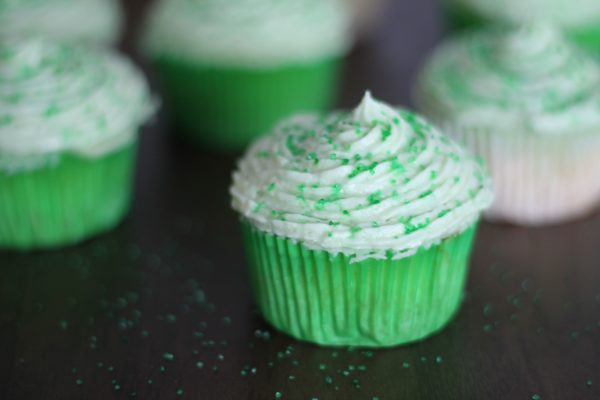 Step 3:
Place paper liners in a cupcake tray, then fill the cupcake liners until they are 2/3 full. While the box said that I would get 24 cupcakes from a box of mix, I found that using this recipe the yield was 20 cupcakes.

Step 4:
Bake the cupcakes for 15 minutes. Sprite Zero cupcakes will bake a little faster than the directions on the box suggest. The cupcakes are done when a toothpick inserted in the center of a cupcake comes out clean.

Step 5:
Place the cupcakes on a cooling rack, and then get to work on the frosting.
Cream the butter using a mixer on medium speed. Once the butter is nice and fluffy, mix in the vanilla.

Step 6:
Start to add in the sugar. You want to add the sugar about half a cup at a time and let it mix completely before adding more. If you put too much powdered sugar in a mixer all at once you end up with powdered sugar everywhere. Alternate adding the sugar and a tablespoon of milk while mixing.

Step 7:
The frosting is done once you have added 3 cups of the sugar, and the frosting is the consistency you desire. I wanted a nice fluffy frosting because those are easier to work with when you frost the cupcakes. An optional last step is to add food coloring until the frosting reaches your favorite shade of green.

Step 8:
Top each cupcake with about 3 tablespoons of frosting. You can use a piping bag to pipe the frosting onto the cupcakes, or simply use a knife to spread the frosting over the cupcakes. Once frosted, top with green sprinkles.