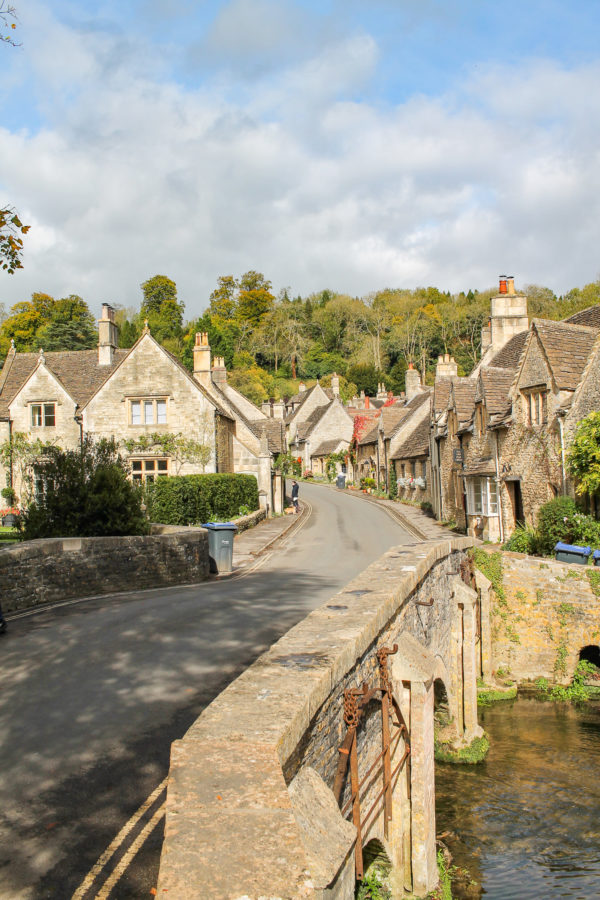 Every time I travel to London, my sister Kelly tells me to go to on a day trip to Castle Combe. This time I finally listened, and found the small village in the Cotswolds region to be gorgeous. Since Castle Combe is tiny, I paired it with a trip to nearby Lacock. Early fall was the perfect of year to visit Cotswolds, the weather was agreeable and there were few tourists. The journey to Castle Combe is just about an hour and fifteen minutes from London, making it ideal for a quick daytrip. 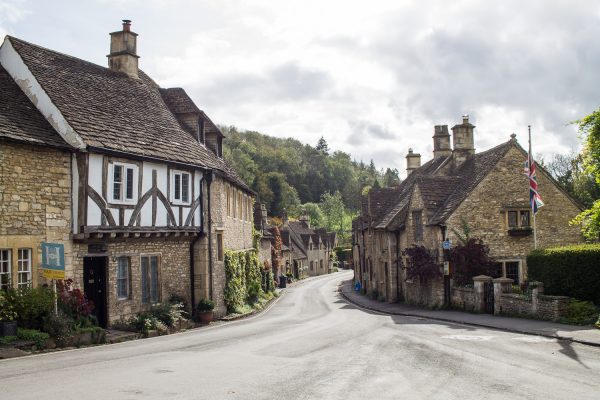 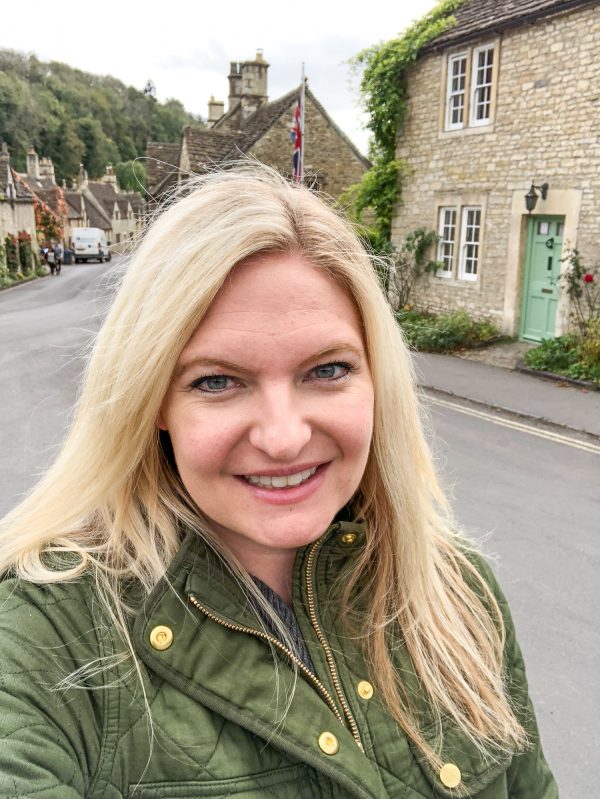 I hopped on the train at 11:30am, took the train to Chippenham, grabbed a cab and was in Castle Combe by 12:45. (This route is slightly more direct than taking the train to Bath). There were plenty of cabs lined up at the Chippenham station and it was a quick ride over to Castle Combe. 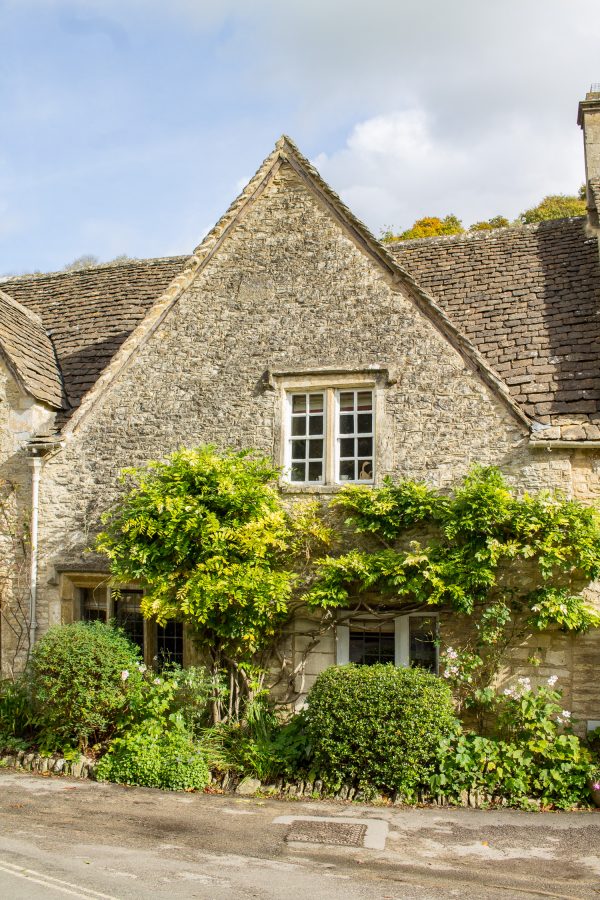 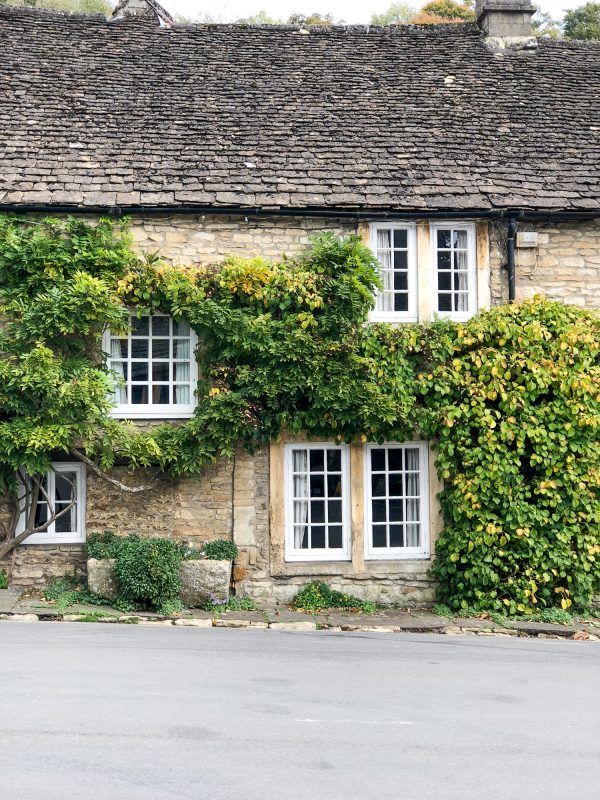 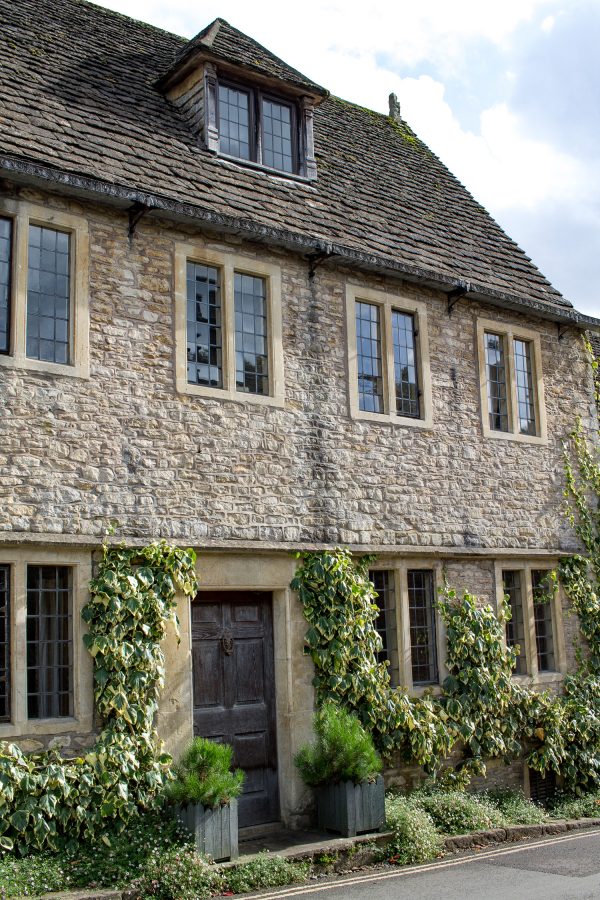 Castle Combe is tiny, so an hour is plenty of time to walk around, take photos, and for a quick cup of tea. Although the village is called Castle Combe, it no longer has a castle. There was a castle, it was built in 1135 but after it fell into disrepair in 1373 it was replaced with a The Manor House, which still exists today and is now a 5-star resort. 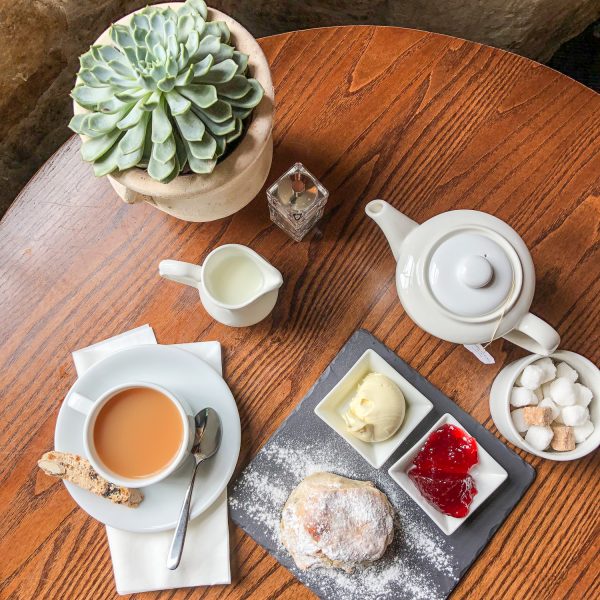 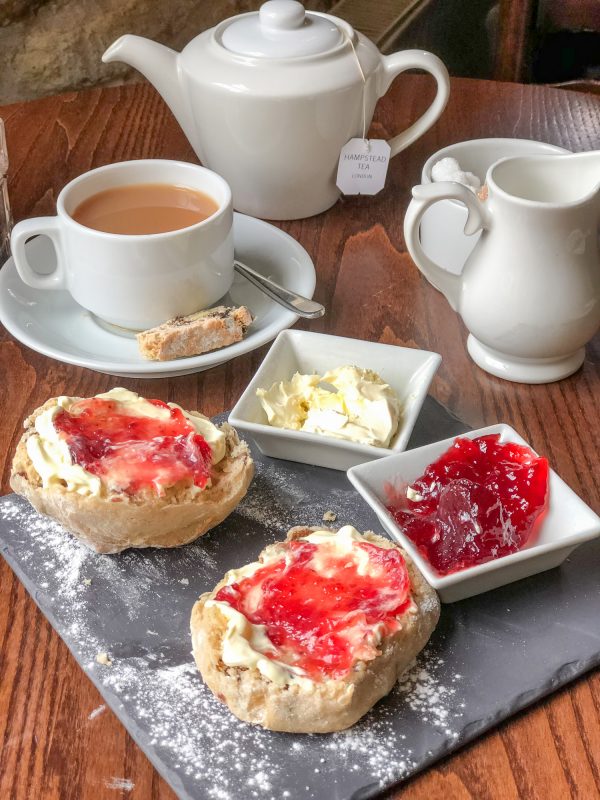 Once I arrived in Castle Combe I went for a walk through town, stopping to take photos as I went. You can walk the entire town in just 15 minutes. After I had seen everything and taken plenty of photos, I decided it was time for a snack. 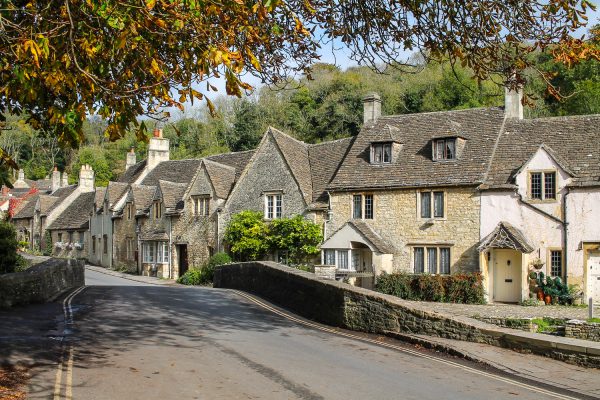 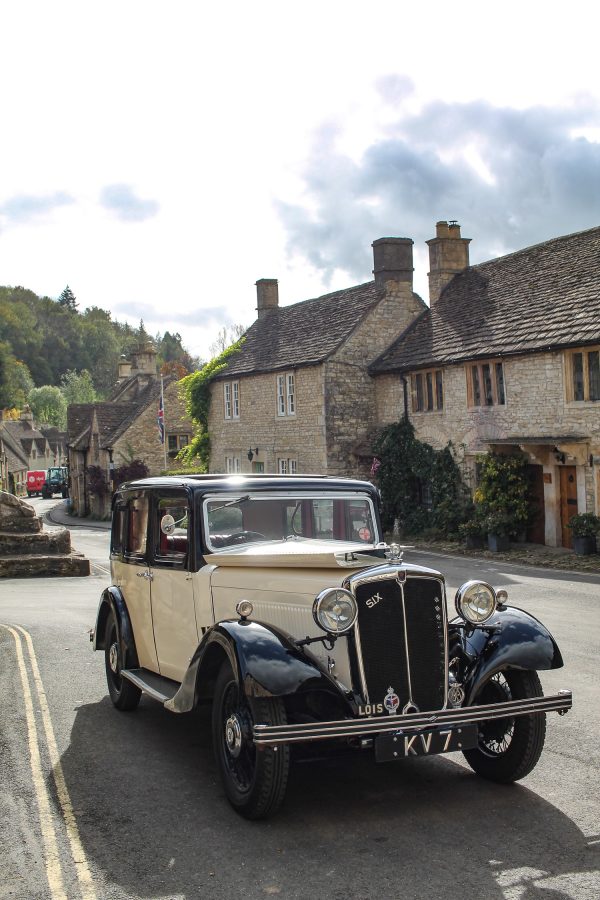 I had tea at Castle Inn which is right in the center of town. For £7.50 you can get tea and a huge warm freshly baked scone served with clotted cream and jam. They have a good sized menu, and you could certainly order a heartier meal, but the tea and scone were a great mid afternoon snack. 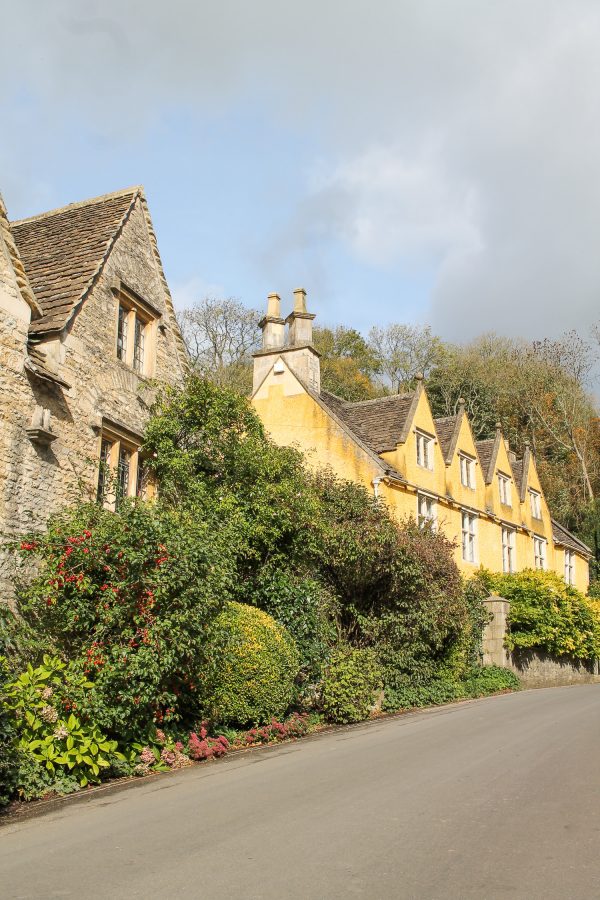 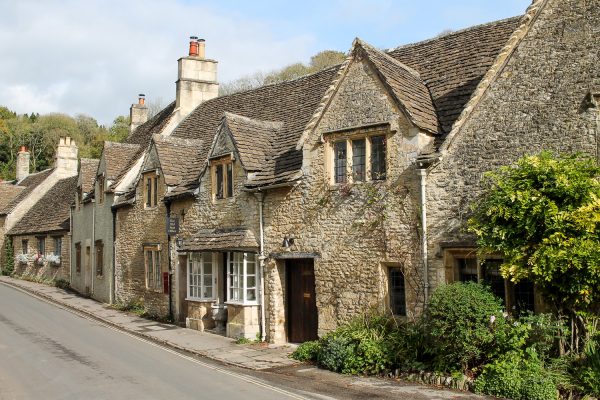 My sister told me that she loves tea at The Manor House, and she was very disappointed that I went to tea at the wrong place. She told me to go back to Castle Combe to correct the error. Kelly takes tea very seriously, you if you travel to Castle Combe, be sure to stop at The Manor House for tea. If you are visiting on a weekend it wouldn’t be a bad idea to make a reservation. 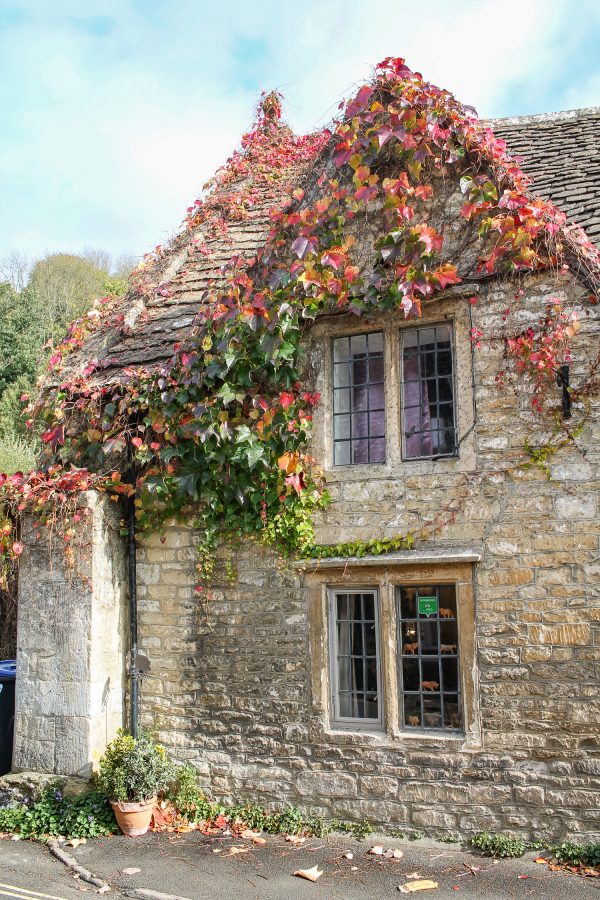 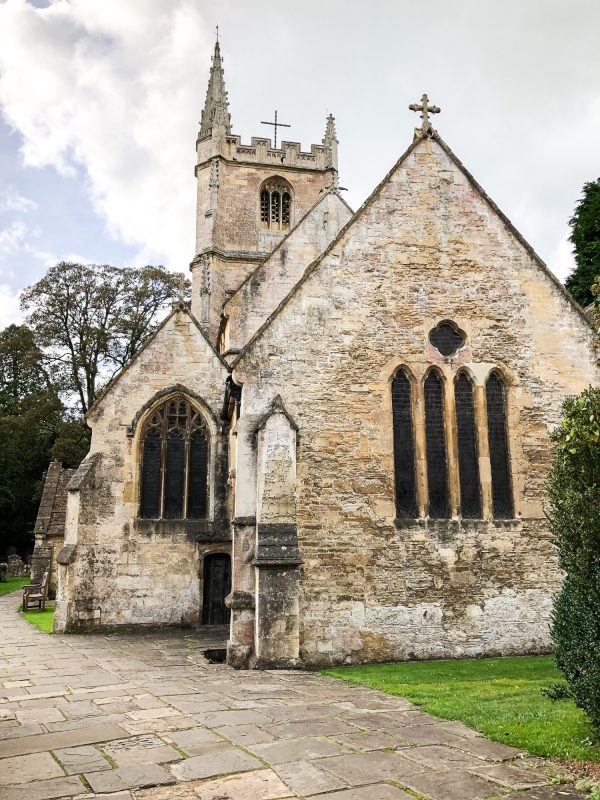 If you want to stay in Castle Combe, you could stay at The Manor House or at Castle Inn, but let me be clear, this town is very small and only consists of a church, 2 pubs, a town square, and a couple dozen buildings. If you want a very quiet escape from the city- this is the place. If you want a place with some activity, Castle Combe might not be the right spot. 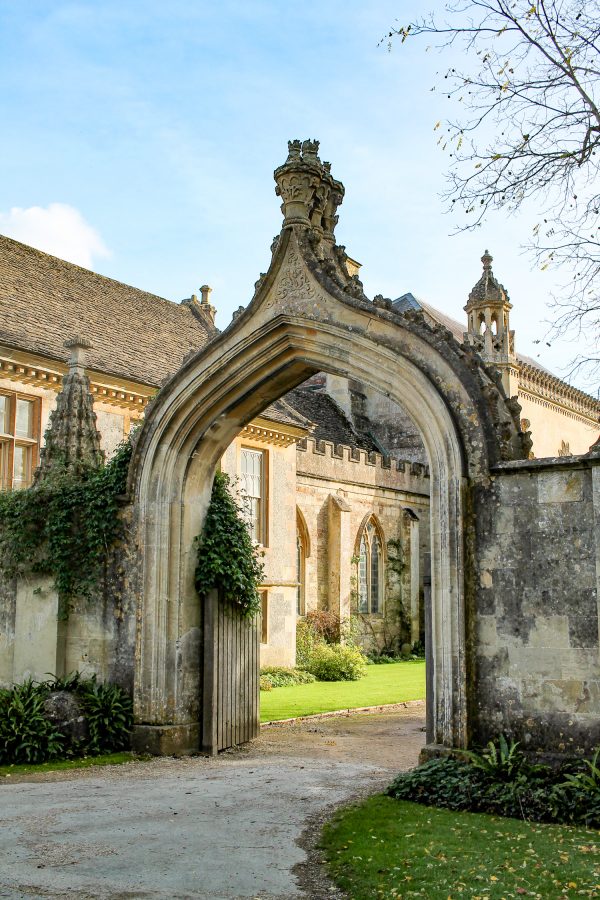 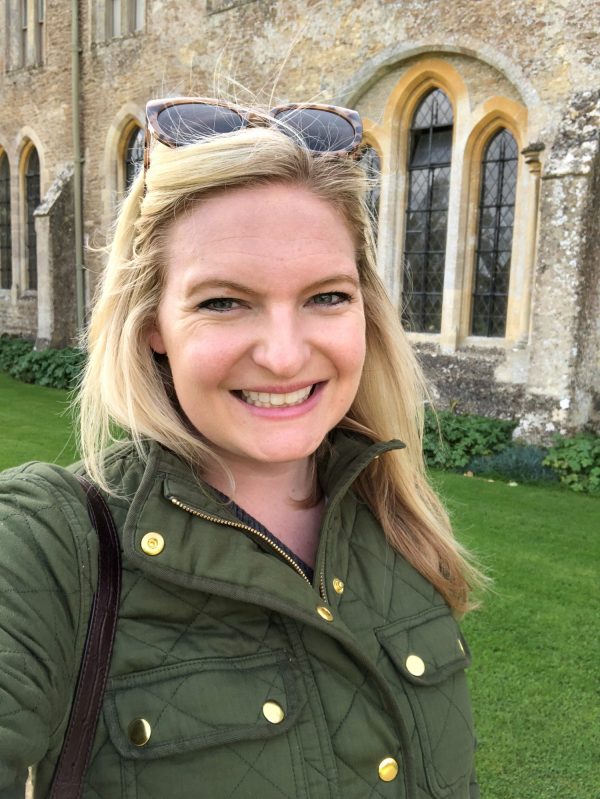 Lacock was just about a 15-minute ride from Castle Combe, and the server at Castle Inn called a cab for me. Lacock Abbey is a 13th century Gothic Revival abbey surrounded by woods and a field where sheep graze. The abbey was originally home to an order of Catholic nuns, but after England broke ties Catholicism the abbey was converted into a private residence. 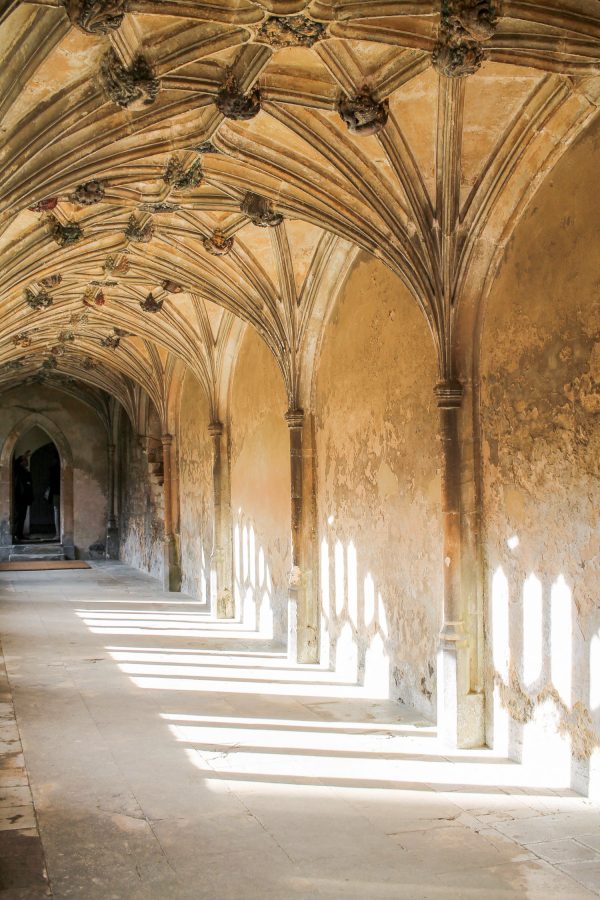 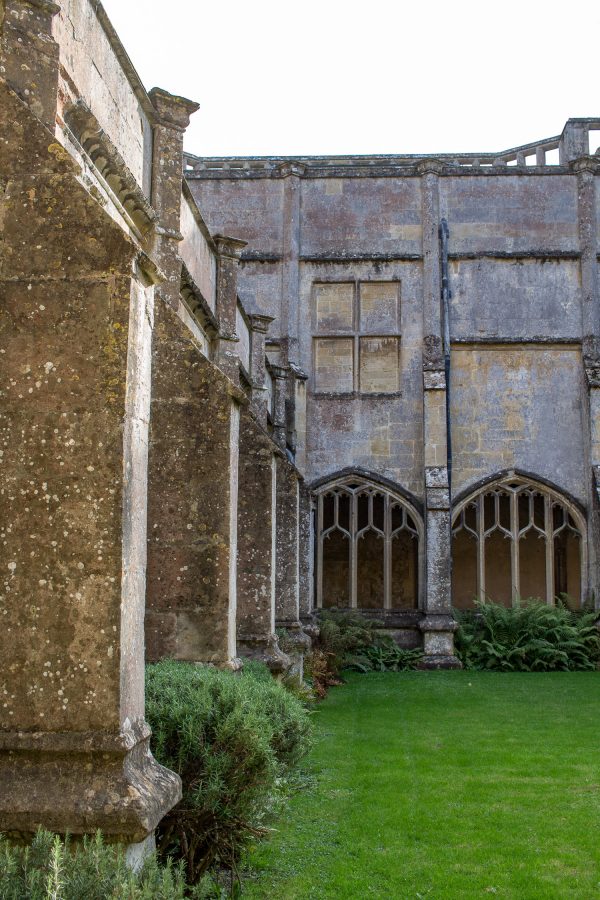 Today Lacock Abbey is run by the National Trust and it has been made famous by the Harry Potter films which used Lacock Abbey to film interior scenes at Hogwarts. 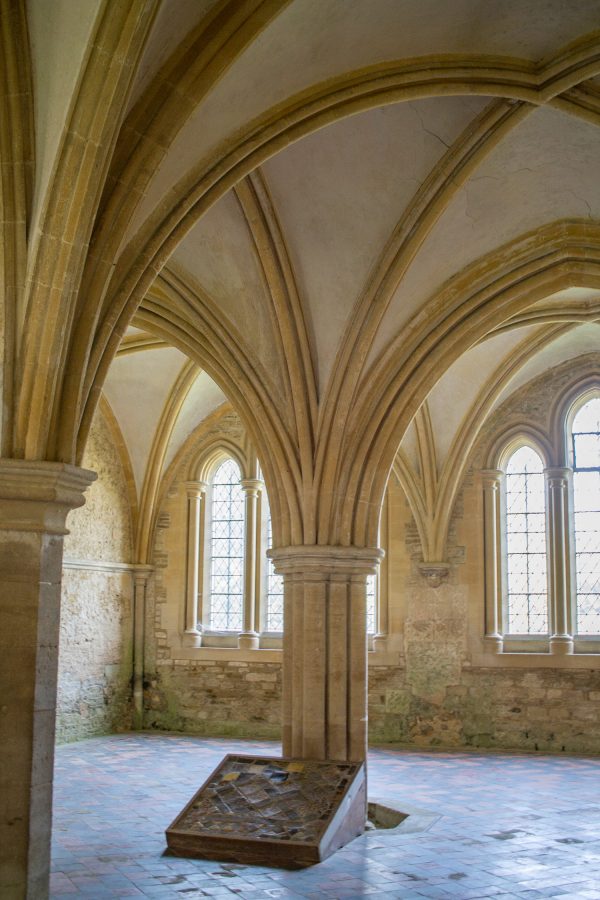 Professor Snape’s classroom is in the downstairs of the abbey, and the cloisters were used as Hogwart’s hallways. Charles and his sister both instantly remembered that Lacock was where the mirror of erised scene was filmed. 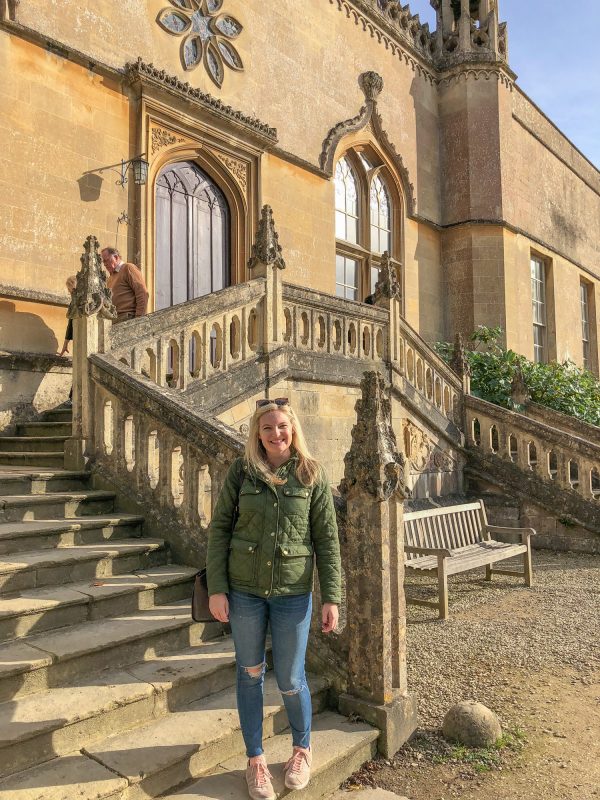 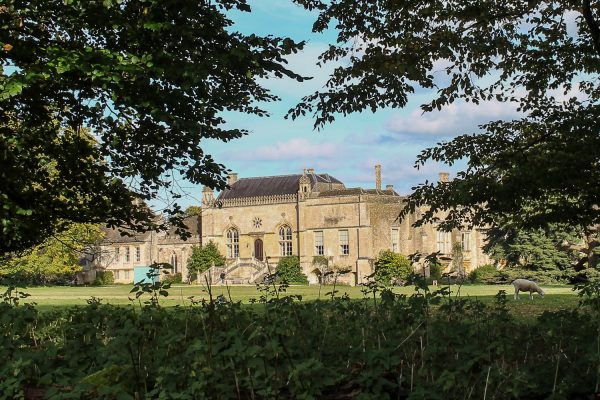 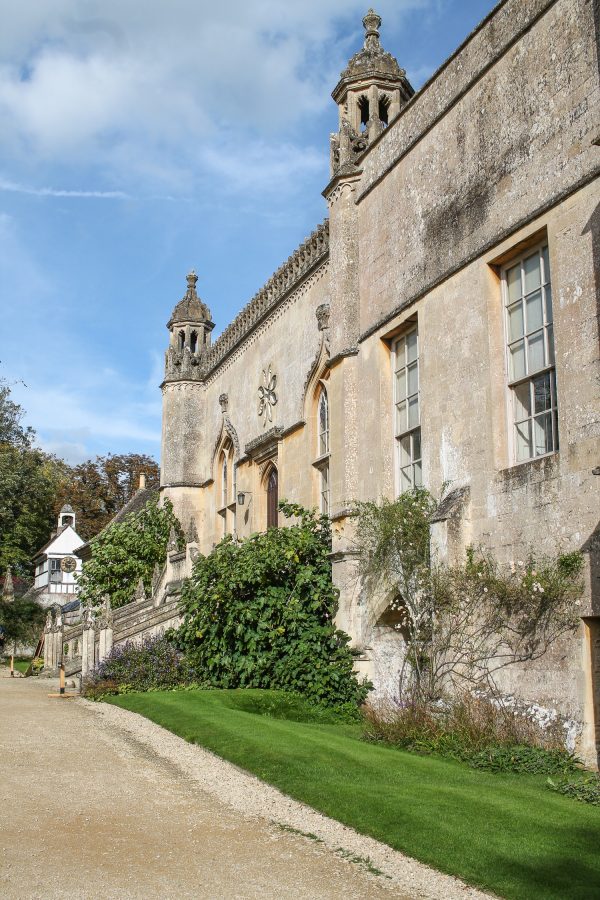 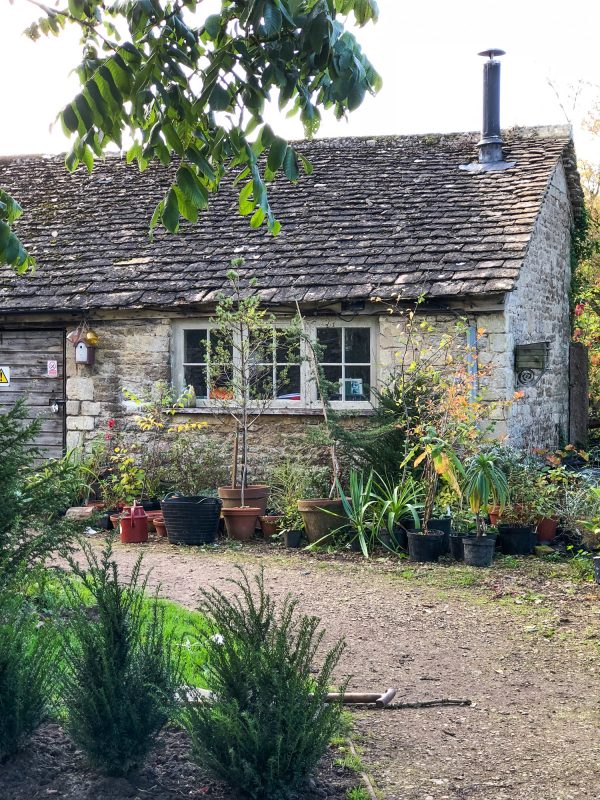 While the downstairs of the abbey is very sparsely furnished, the upstairs is furnished as it was when the Talbot family resided in the abbey. Parts of the abbey – especially the kitchen – reminded me of Downtown Abbey. 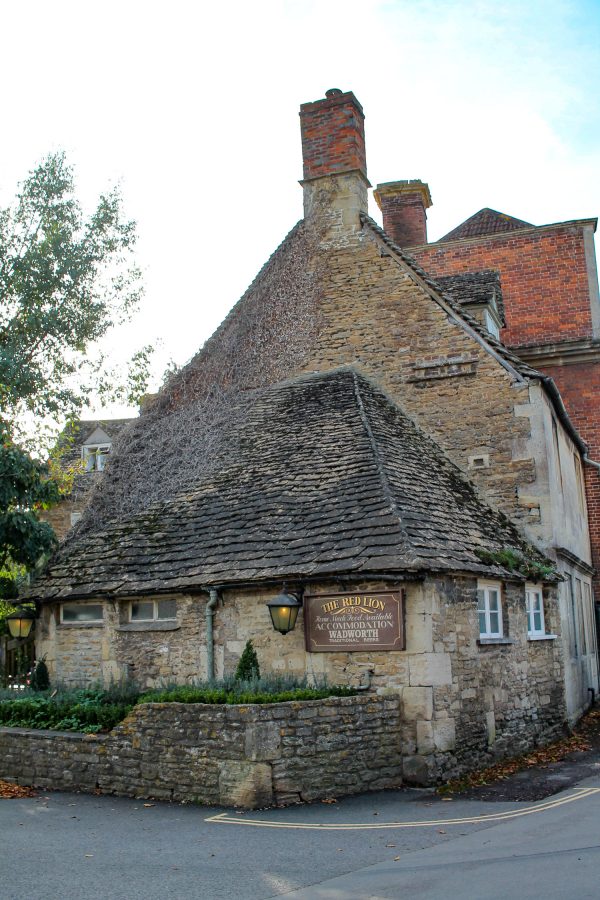 I spent about 2 hours leisurely wandering around Lacock Abbey and the small village. It was just the right amount of time on a day that wasn’t busy. Lacock Abbey is in the village of Lacock and it is about twice the size of Castle Combe. There are a few pubs and shops to explore. 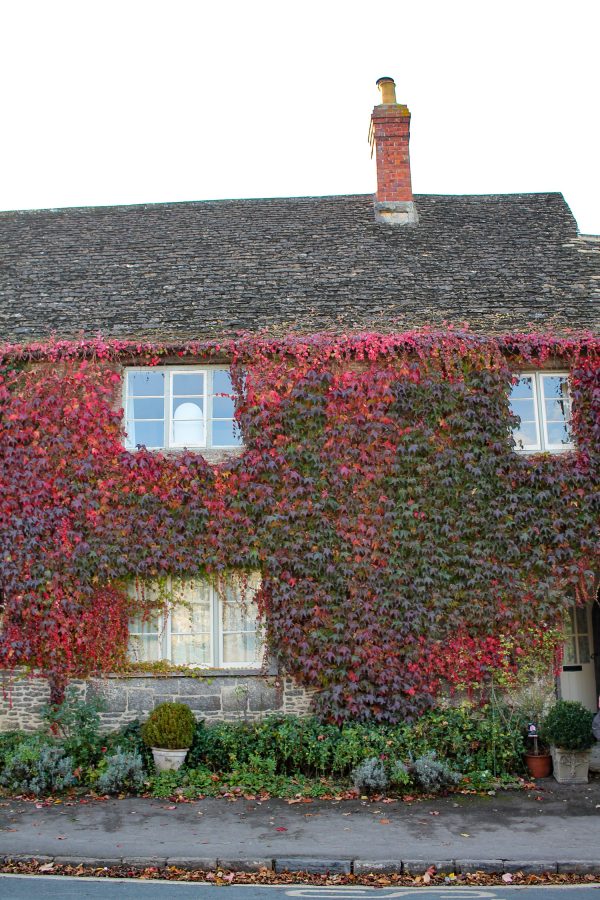 The round trip train fare was £52.40 and I spent another £10 on the taxi to Castle Combe, £21.50 on the taxi from Castle Combe to Lacock, and £12.50 on the taxi from Lacock to the train station. Admission to Lacock was £12.70. So it was a slightly expensive daytrip. You could cut costs by taking the bus between Lacock and the train station. You do need to call for a taxi to pick you up, and you can expect to wait 10 minutes for a taxi. I stopped into a pub for a pint and they kindly called a taxi for me when I needed to get from Lacock to Chippenham. 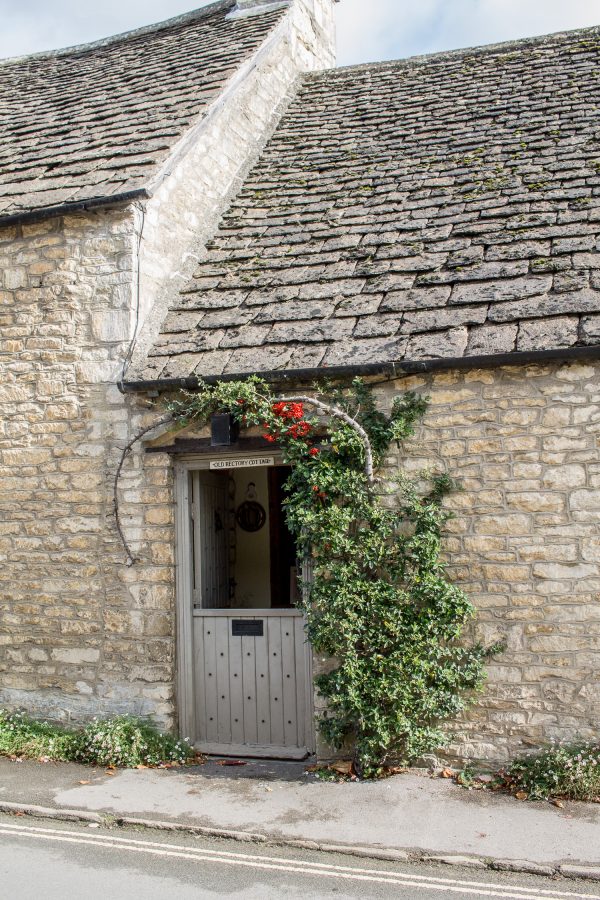 I heard that both Castle Combe and Lacock become very crowded on weekends during the summer. I visited on a Thursday in October and there were only a handful of tourists in Castle Combe. Lacock wasn’t crowded at all, but a bus tour pulled up just as I was leaving.

There are bus tours to the area, but I found taking the train and taxis to be very easy. I also think that a bus load of people would crowd Castle Combe making it harder to get photos.