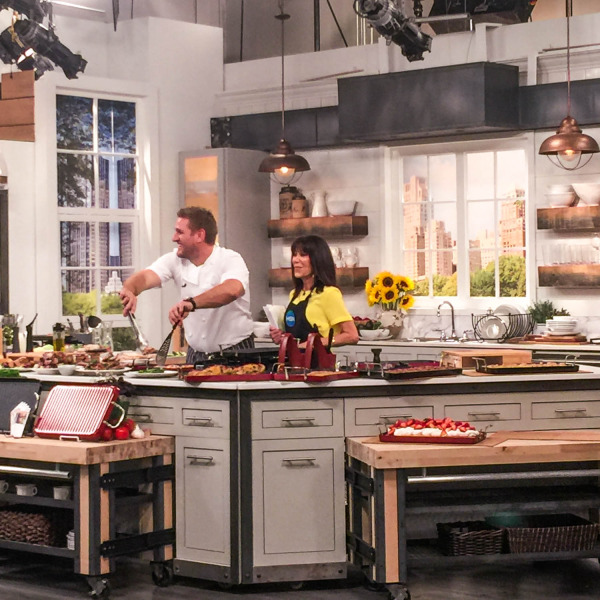 My role model, Tina Fey has been quoted as saying, “Say ‘Yes’ and figure it out later”. That motto seems to have worked quite well for Tina (who will become my bff once we actually meet), so I have a tendency to say yes to every opportunity I am offered. Most recently, I said “Yes” to HSN’s offer to fly me down to St. Pete for their celebrity chef studded #HSNCooks event.

I was blown away by how cool the experience was! It turns out that the Grand Prix was in town the same weekend, and since the race takes place on the city street lots of roads were closed and going downtown wasn’t really a viable option – but that was ok since we had lots to do at HSN!

When I arrived in St. Pete I met up with my old friends, and former bosses, Rob and Bill – who happen to live in the area! We caught up over a couple drinks before I needed to join the group for dinner. 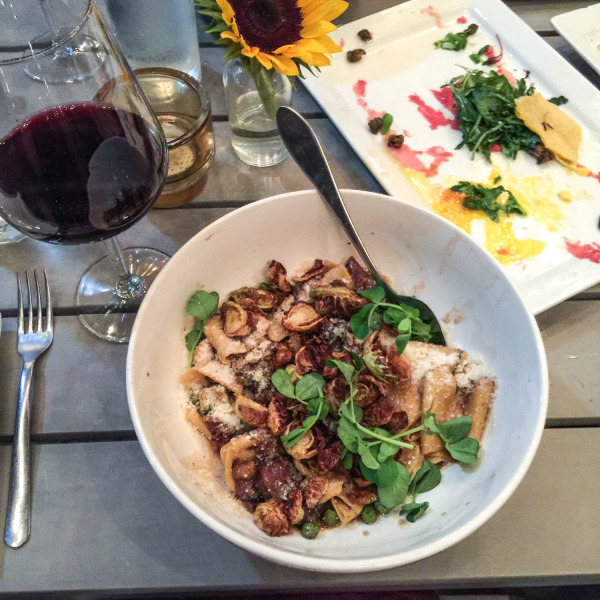 It turns out that the group was small – just me and Kristin, who was a breeze to get along with. We joined Meliz from HSN for dinner at Brick & Mortar, a darling little farm to table restaurant with sidewalk seating. I ordered the fat noodle with short rib – extra trick house made noodles were served with au jus, short rib, and brussels sprouts and seasoned with a touch of mint. 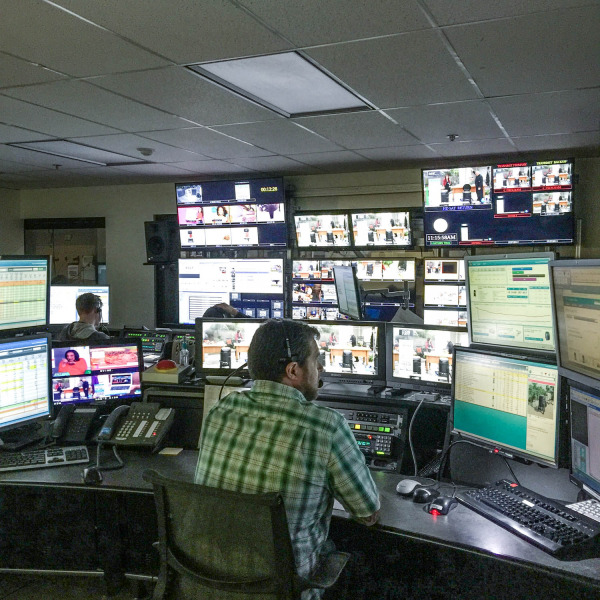 The next morning we got to tour HSN (and meet lots of incredible chefs). Here are some of the most fascinating things that we learned:

– HSN is filmed live, 24 hours a day, all year (except for Christmas Day). Seriously – they are always filming.

– Perhaps the fact that there is only a 7 second delay is even more impressive. It doesn’t seem like they need to use it often, but there is a 7 second buffer just in case.

– There are no commercials on HSN, only 30 second breaks in-between segments.

– The hosts are put in wheelchairs and are pushed from set to set during the 30 second breaks. The hosts themselves can’t run from place to place because they would be out of breath when they got to the next set for their next segment.

– I was visiting on a very busy day, but HSN runs like a well oiled machine. They have dozens of kitchen islands on wheels that are used to prepare food and display products, and these can easily be swapped out during the quick breaks or in-between segments.

– There is always a backup plan. If product sells out, or isn’t selling well, there is a plan b.

– The hosts see screens listing items sold and number of people on hold. It was fun to watch this real time data and see how the hosts worked it into the segments.

– HSN has an entire building devoted to Quality Assurance. Not only do people test products, they check clothing sizing, review instructions, and even put packages in a truck simulator and a dropping machine to makes sure products will get to you in one piece. 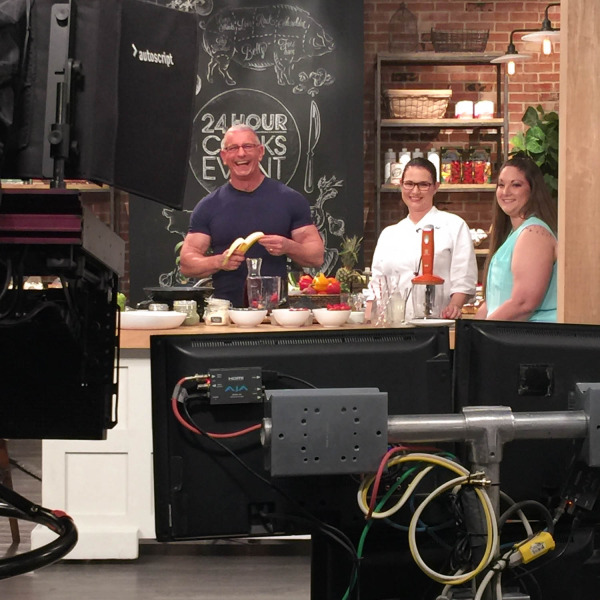 We got to go to the sets to watch Curtis Stone, Robert Irvine, Graham Elliot, and Eduardo Garcia film live. There were three different sets all next to one another on one stage, and at one point they were cutting between Curtis and Robert, who were joking around with each other. These chefs are definitely friends, and it seemed like they truly enjoyed filming their segments. I have watched many episodes of Dinner: Impossible and thought that Robert Irvine might be really serious, but he was the one making funny faces and trying to make everyone laugh. 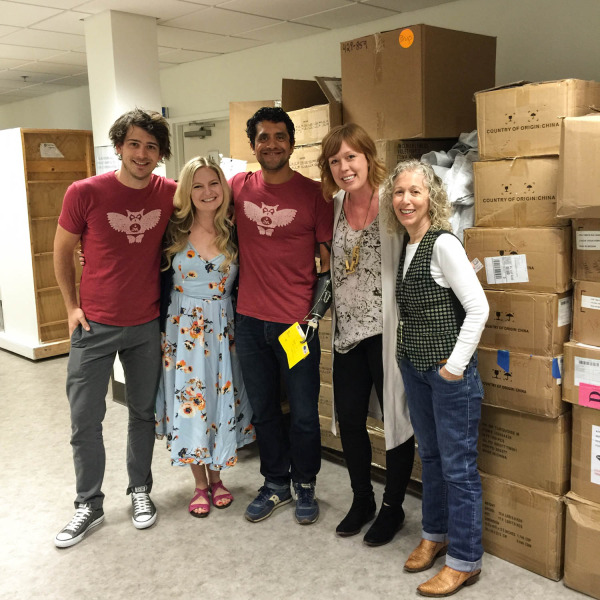 Kristin and I got our own green room to hang out in and most of the chefs came to visit us. We were charmed by Eduardo Garcia and the Montana Mex team. They make Non-GMO Vegan sauces and seasonings. 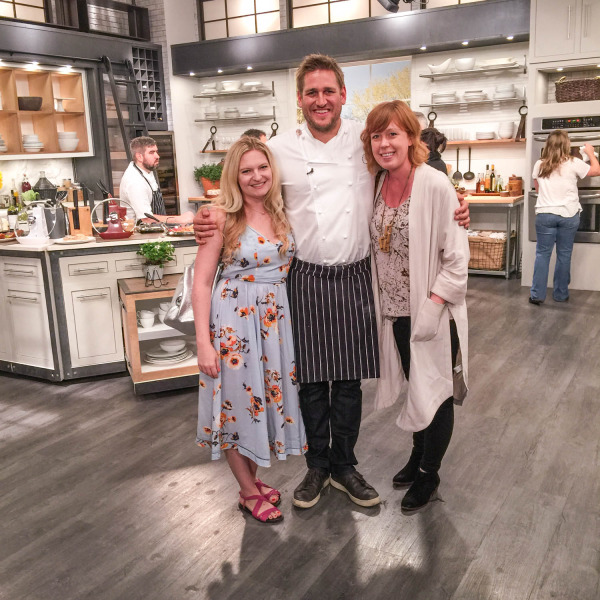 Curtis Stone was the main host of this HSNCooks event – so he was extremely busy. He was hosting segments throughout the 24 hour period of event. We got to quickly say hi during one of his breaks and he was really nice (and probably a bit tired). 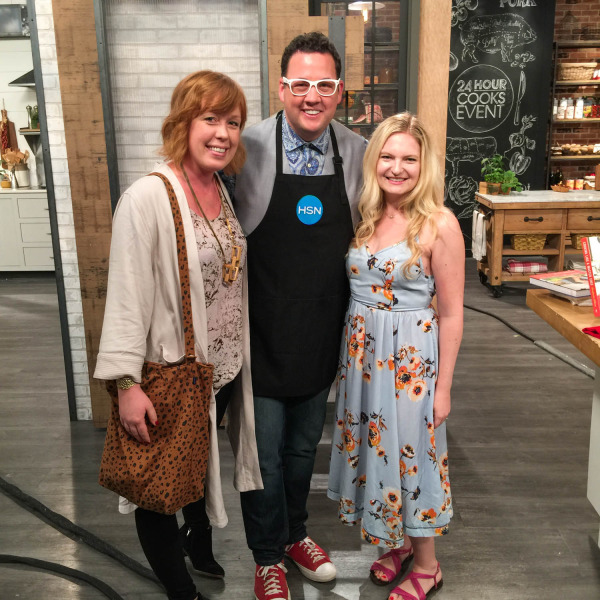 Art Smith, another Chicagoan, was selling his Smart Bowls which are made to elevate microwave cooking. He developed a cookbook around the product, and has amazingly lost 60 pounds by making the recipes. 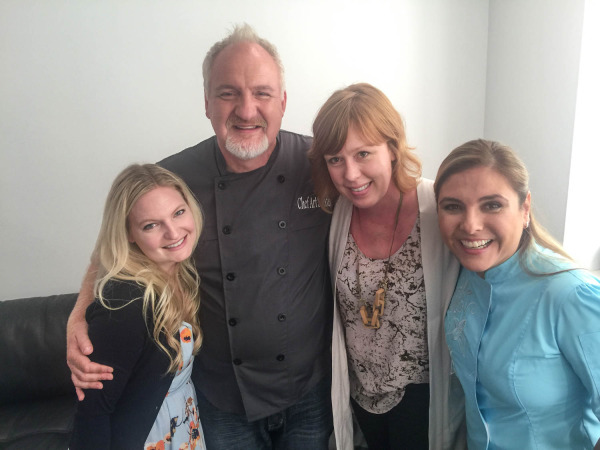 Lorena Garcia came in to chat while we were meeting Art Smith – and the two are very close friends! This isn’t the least bit surprising because these chefs couldn’t be nicer. 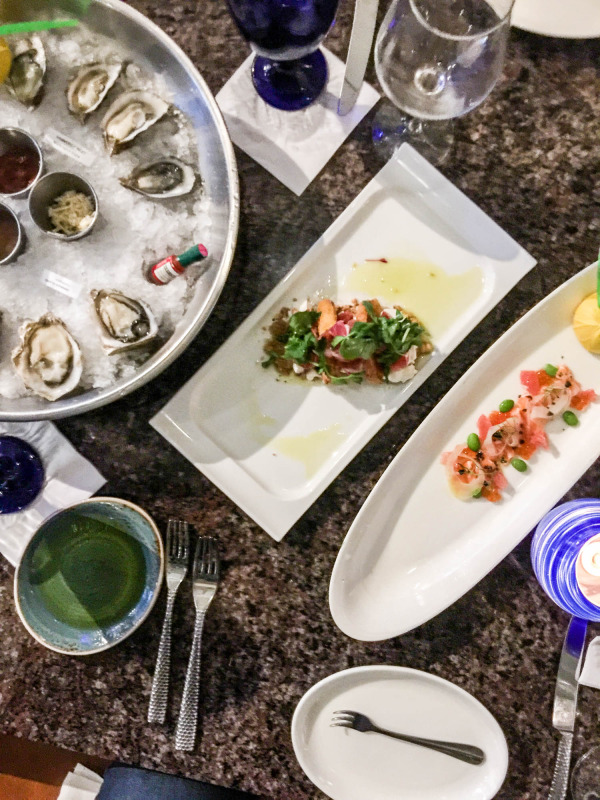 That night we went to dinner at Salt & Sea, a seafood restaurant where we feasted on oysters, salmon crudo, and other seafood dishes (I had pasta with lobster and a prosecco mascarpone sauce). It was a lovely end to a very memorable weekend.

Huge thanks to HSN for everything!