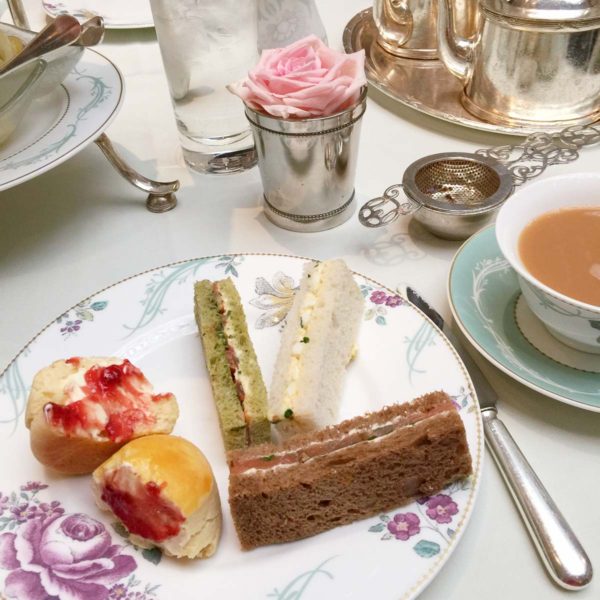 I know that the British aren’t exactly famous of their contributions to the culinary world, but London has a fantastic food scene. We ate traditional British pub grub along with Indian, Peruvian, and Israeli food during our time in London. We also celebrated our fourth wedding anniversary with an indulgent high tea. Let me tell you all about it… 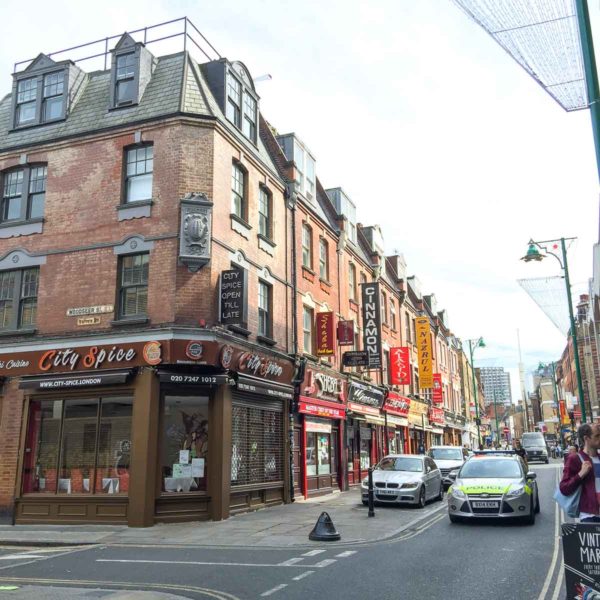 One thing that London is known for is the exceptional Indian food, which is exactly what we had on our first night in London. We went to Brick Lane, a street lined with Indian restaurants, and we dined at Jasmine, a sister restaurant to Aladdin, which is also on Brick Lane. 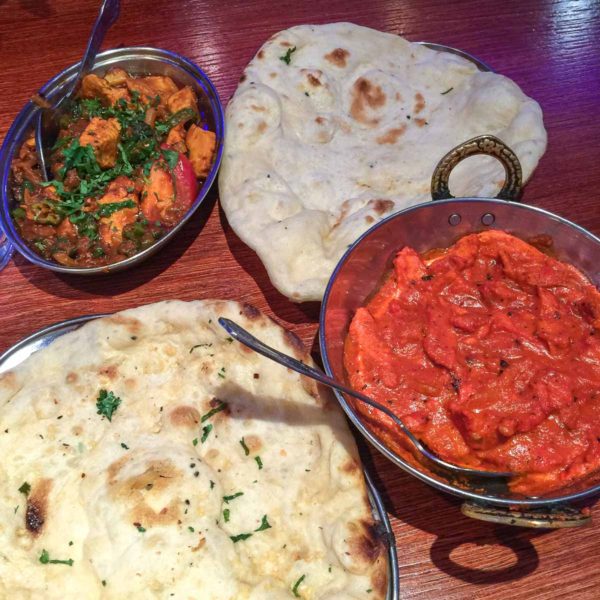 I had the most delicious Butter Chicken that I have ever tasted. Brick Lane was just a short walk from our hotel in Shoreditch, and it is a great place to stop for an affordable meal. 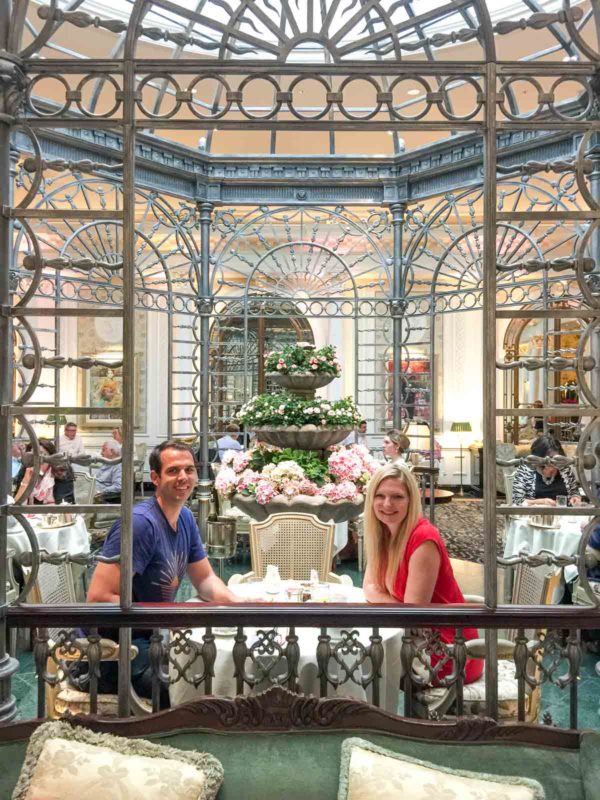 Charles and I celebrated our four-year anniversary with tea at the Savoy. Unfortunately, the romance was completely ruined by the fact I was incredibly sick that day, but the tea was lovely. 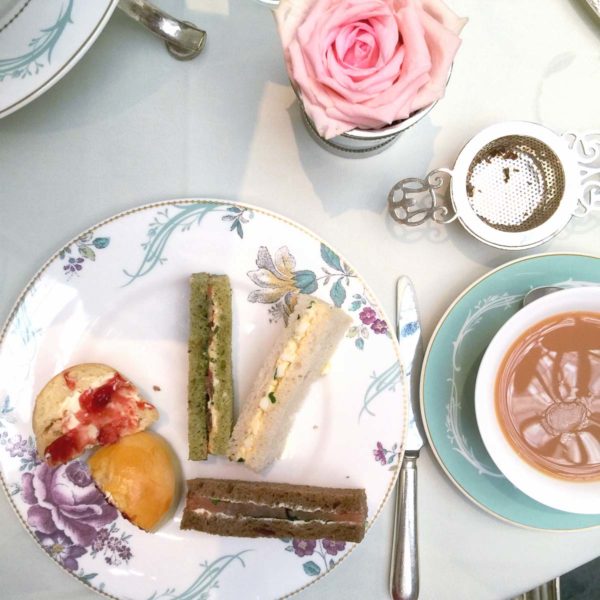 I had the afternoon tea while Charles ordered the high tea. The only difference was the second course – I moved to sweets while Charles had a savory dish instead. 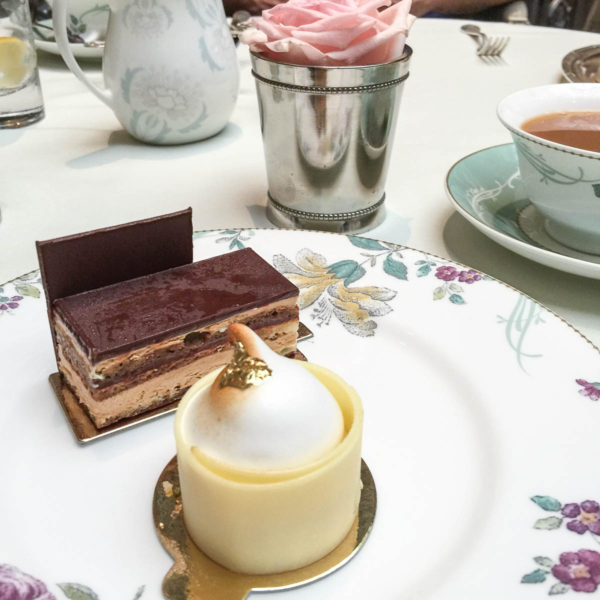 Tea at the Savoy is quite popular, so make a reservation in advance. If I had been feeling better, we might have walked across the Thames and gone for a ride on the London Eye, which is nearby. 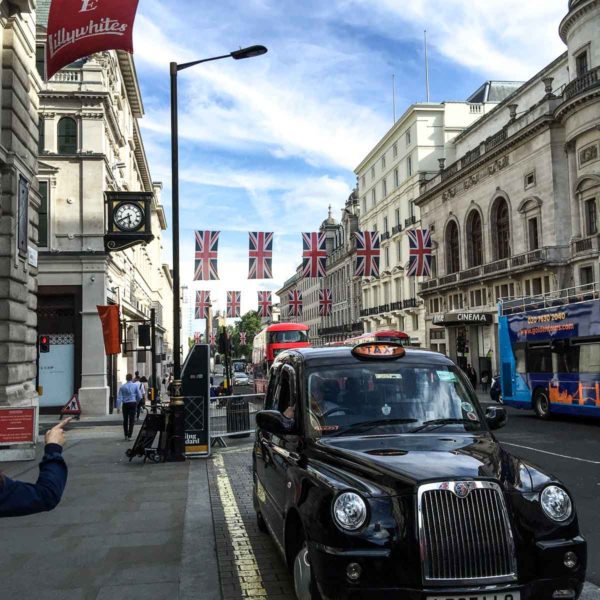 On my last night in London I dined at Palomar, a wonderful Israeli restaurant in Piccadilly Circus. The small plates menu manages to mix elements of comfort food with authentic Israeli cuisine. It bridges the gap between exotic and approachable, in a space fitting for a special occasion. 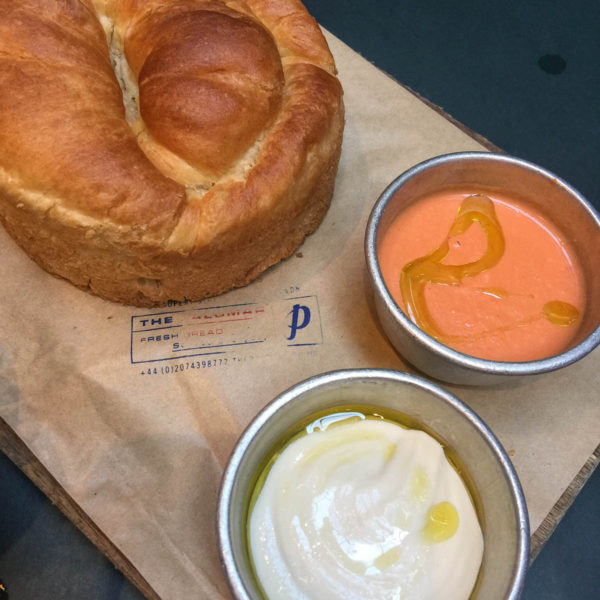 We began our meal with Kubaneh, warm freshly baked bread served with tahini and a tomato sauce. The bread was soft and similar to challah bread, and meant to be torn apart and dipped in the sauces. 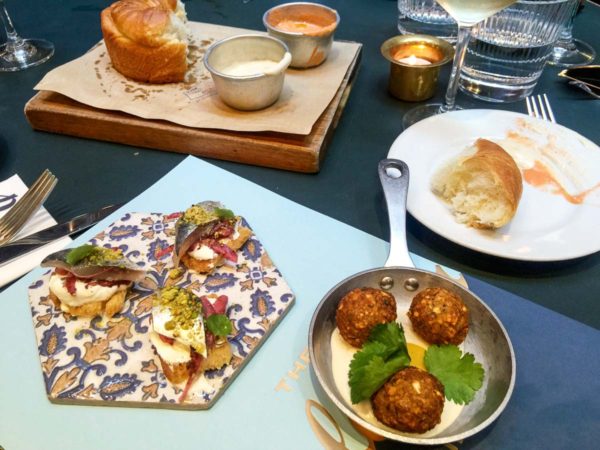 Papi’s Cured Sardines were served on toast with a creamy sauce that balanced out the saltiness of the fish. The sweet potato crisps were small ball of crunchy sweet potato with a yoghurt sauce.

The Polenta Jerusalem Style had asparagus, mushroom ragout, parmesan, and truffle oil, and I loved the combination of fresh flavors.

The Josperised Aubergine (aka eggplant) with feta emulsion, tomato, oregano, crispy shallots, and pine nuts was a highlight of the meal. The eggplant picked up flavor by being grilled, and was the most delicious eggplant I have ever tasted. You should probably experiment with grilling eggplant at home.

The Shakshukit, a deconstructed kebab with yogurt and tahini served with pita bread was fantastic, and something that my friend Jeff insisted that we order. I loved the presentation with the pita served on the side. 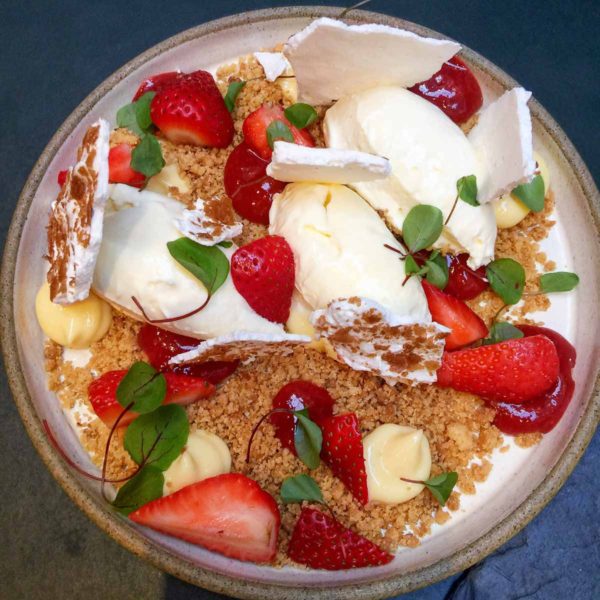 Jerusalem Mess, a take on an Etin Mess, made with mousse, almond crumble, strawberries, lemon cream, elderflower, and jelly. The flavors reminded me of strawberry shortcake, and the presentation looked like modern art. I loved that the dessert was meant for sharing too. 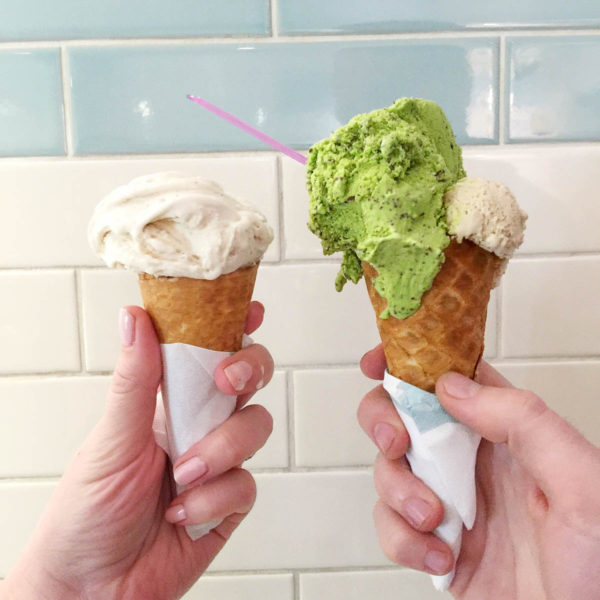 Even though we had ordered dessert at Palomar, we went to Gelupa, a gelateria, after dinner. I tried the Ricotta, Coffee, and Honey gelato and it was exceptional. It mixed sweet and salty flavors with perfectly creamy gelato.

I definitely recommend all of these restaurants! Here is a little more info for you:

Happy belated anniversary! That pic of you guys at the Savoy is SO cute!

Oh my goodness thanks! I was feeling so sick that day :(