My ultimate Friday night involves a quiet dinner for two at a great restaurant. By the time Friday rolls around, I’m pretty exhausted and I just want to spend my time catching up with my husband who often travels during the week. Last Friday night we headed to the Tortoise Club in River North and we were excited to discover a restaurant we had not tried yet.

The first thing that Charles said after we arrived was that he didn’t realize that we were going to such a nice restaurant. I had repeated described Tortoise Club as being upscale and sophisticated with a vibe similar to RL, but the space exceeded his expectations. I should note that while the red lacquered accent wall looked really cool, it made the space a challenging environment for photos, so these aren’t quite my best work, but I promise the food was great.

Normally Charles drinks beer at dinner, while I drink wine, but after Oktoberfest, we are both drinking wine. The problem is that Charles is a bit picky when it comes to wine. I usually go for rich full bodied reds, while Charles likes lighter style reds. After explaining this to our server, she recommended, En Route’s “Les Pommiers” a wonderful wine from California’s Russian River Valley. It was light enough for Charles, but flavorful enough for me. 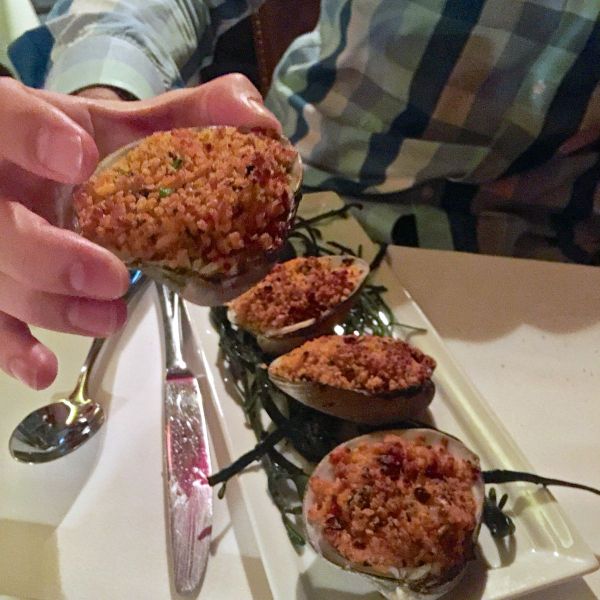 We started our meal with an order of the Warm Parker House Rolls, something I have been seeing on more and more menus these days, and I am loving the trend. Charles also ordered the Spanish Style Baked Clams which had chorizo, smoked paprika, and manchego. The portion was large and intended for sharing, but Charles had not problem finishing off the plate on his own. 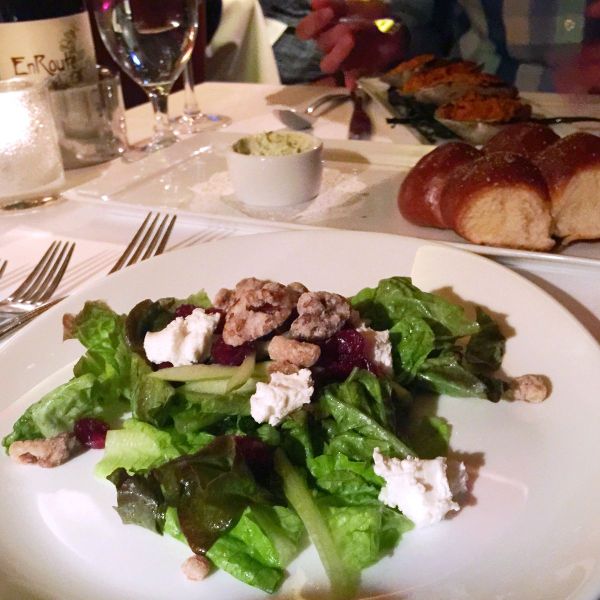 I had the House Salad which happens to have lots of great fall flavors. Red leaf lettuce is topped with candied walnuts, granny smith apples, cranberries, and a vanilla vinaigrette. While I have had similar salads before, the vanilla dressing made this salad stand out. 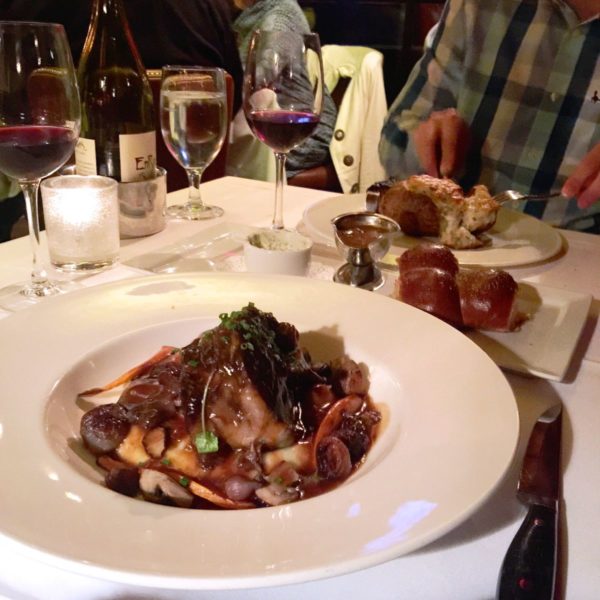 Charles had the Filet Mignon with a twice baked blue cheese potato. It was cooked to a perfect medium rare and it had a nice crust. 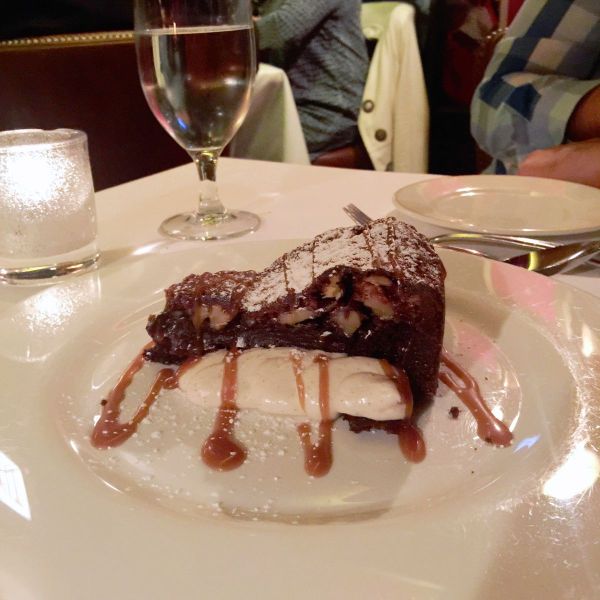 My favorite part of the meal was dessert, a rich warm chocolate cross between a cake and a pie with walnuts, caramel sauce, and creme anglais. It was so good that I made Charles try a bite, and once he tried it, he went back for more.

Thank you to Tortoise Club for getting last weekend off to a fantastic start!