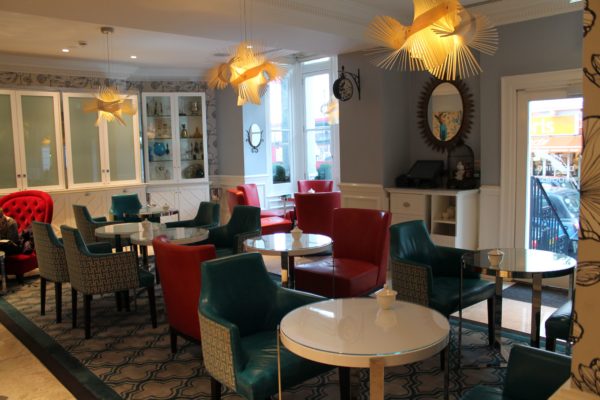 During a pocket of spare time on our visit to London, Charles and I had a proper English afternoon tea. Having tea and going to Notting Hill were at the top of my to-do list because these were things I failed to do on my previous trips to London. In order to find the perfect place for afternoon tea, I turned to one of my favorite blogs, Aspiring Kennedy, which is written by an American living in London. When I saw Lauren’s photos and read her descriptions of the food I was sold. 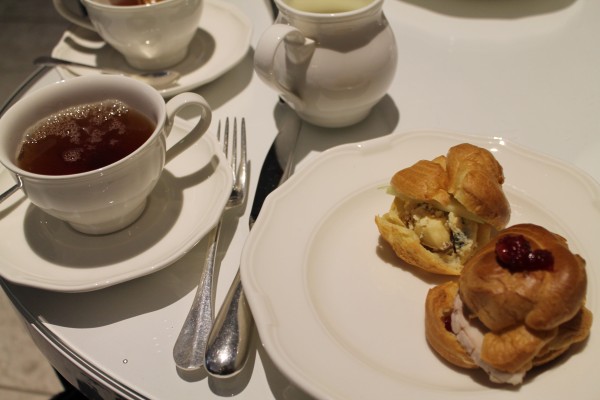 My in-laws said that having a proper tea in London usually costs 40 pounds ($80!) and requires making a reservation well in advance. I tend not to be too organized when I am traveling, but we secured a  day-of reservation without any problems, and afternoon tea was only 27 pounds (ok, still pricy in US dollars). Thanks to Lauren’s recommendation, I had discovered a hidden gem and a heck of a bargain. I very highly recommend having a leisurely afternoon tea in the charming Ampersand Hotel, which is in South Kensington and is walkable from Notting Hill.

Lauren has written about many tea houses on Aspiring Kennedy, but the Ampersand stood out because their scones are freshly baked with each order, and the decor is chic and modern. This isn’t a fussy stuffy place for tea, which is perfect for me since I am far too American to like stuffy British things. 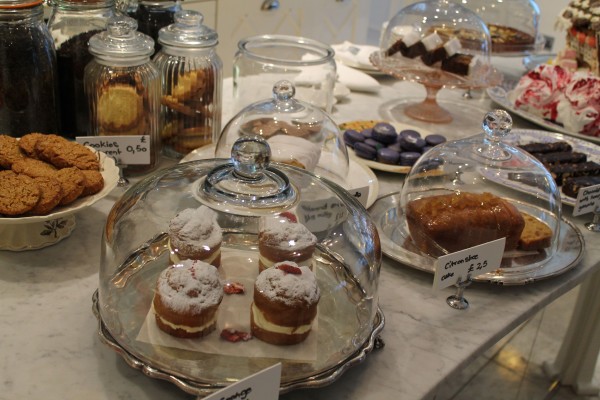 The space at The Drawing Rooms is lovely. There are two rooms, with the tea and coffee station and a long table filled with beautiful cakes, cookies, and pastries dividing the rooms. One room has a little fireplace and some larger tables and couches to accommodate bigger groups. We settled in by the fireplace, and after reviewing the afternoon tea options, we selected the Christmas Afternoon Tea. The Drawing Rooms also serves a classic afternoon tea, and a vegetarian afternoon tea. All of the afternoon teas include a three tiered platter with finger sandwiches, scones, and sweets. It was the perfect late lunch for someone who was quite jetlagged. 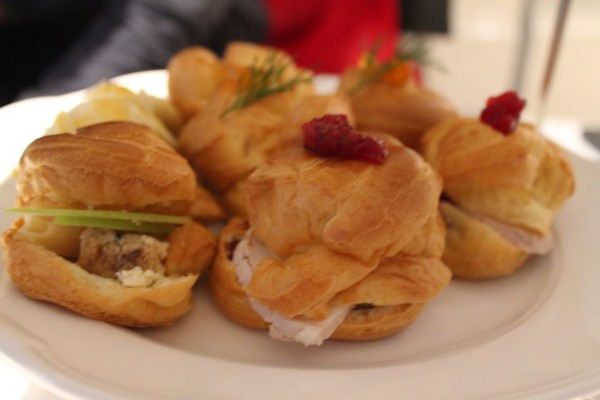 Now these are finger sandwiches. The came on freshly baked rolls that were somewhat similar to a croissant. We received 2 each of turkey with cranberry, apple and stilton (a type of blue cheese), and salmon with dill cream cheese. 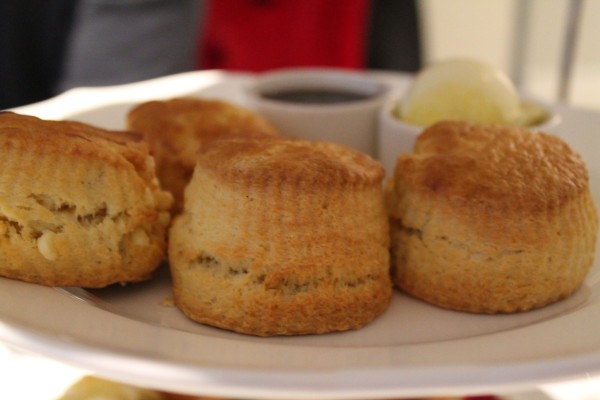 The scones were wonderful. The were crusty on the outside without being dry on the inside. They were served with clotted cream (I don’t understand what this is, but I like it) and homemade strawberry jam. We received both plain, and white chocolate scones, and I can’t decide which one I liked more. If you don’t want the full afternoon tea, for just 7 pounds you can order a pot of tea and scones which would be a wonderful snack. 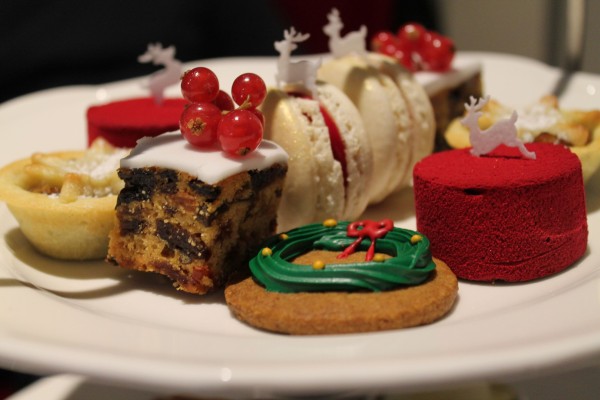 The top tier of the tray was filled with beautiful sweets. It had traditional English mince pies, gingerbread cookies, macaroons, chocolate mousse, and fruitcake. They were almost too pretty to eat. 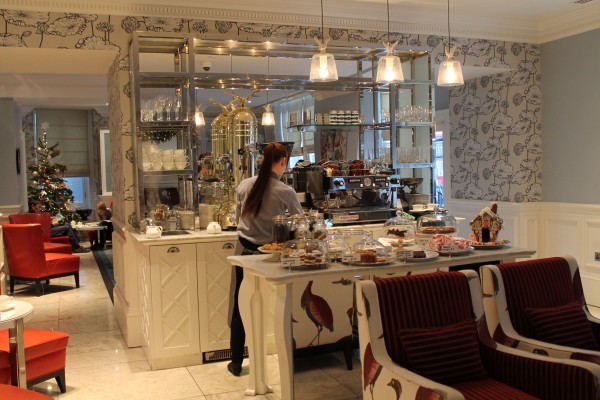 Although I am no expert on the subject of tea in London, I loved having afternoon tea at The Drawing Rooms at The Ampersand Hotel. Charles was equally impressed, and his opinion should count a bit more since he is actually British.

The Ampersand Hotel is located at 10 Harrington Road, just across from the South Kensington tube station on the District Line. I suggest making a reservation just in case.